At The Start Of The Copenhagen 6

First two days of the CopenHagen Six day race: The rock ‘n’ roll carnival that is the European Six scene just finished up in Berlin and before you know it they’ve packed up again and moved further North into the icy surrounds of Denmark as the big names hit the boards in a frozen Copenhagen. Our runner on the scene Ed Hood checks in after the first two days of action.

‘Crying at the Discothèque’ by Alcazar may be 14 years old now but it’s still fresh and one of the best disco tunes ever cut – 2.5 million buyers can’t be wrong.

It’s a standard in the chases here in the Ballerup Super Arena. Yes, PEZ returns to the scene of our first six day ‘running’ gig back in 2005 when home boys Jimmi Madsen and Jakob Piil took the honours – ‘Wonderful, wonderful Copenhagen, salty old queen of the sea,’ as the song goes.

But we’re actually a dozen stops on the light railway inland from the saltiness – with frozen roads, grey skies and an icy wind that doesn’t make for full houses. 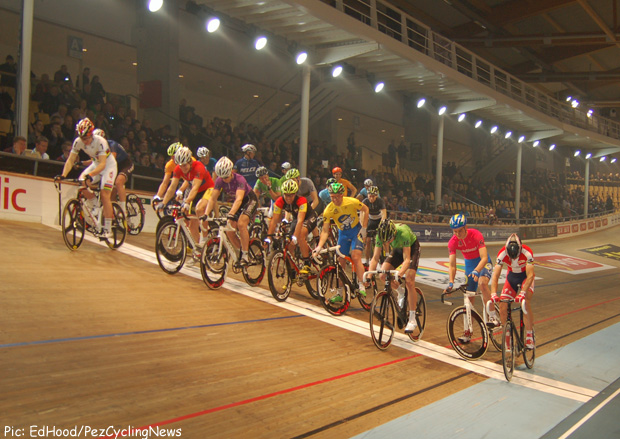 Nonetheless we were off to a brisk start in the 75 minute chase which opened the show; no ‘riding in’ here – full on ‘Old School’ madison battles from the start. 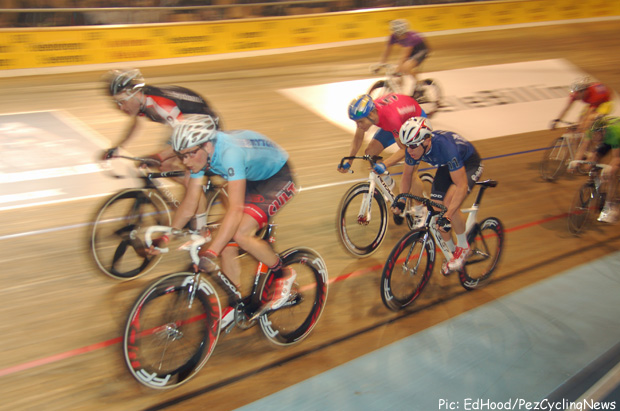 Bartko/Kalz took that one with the status quo established from the off. But first; the stats – you have to know them!

The race dates back to 1934 and was originally held in The Forum in the city centre but since 2002 has been held out at Ballerup, a suburb of Denmark’s capital city. The race hasn’t been run continuously, however and there have been gaps in proceedings, the most recent in 2003/04 when the stadium roof collapsed under the weight of an extraordinary snow fall.

The track records are pretty damn quick too: 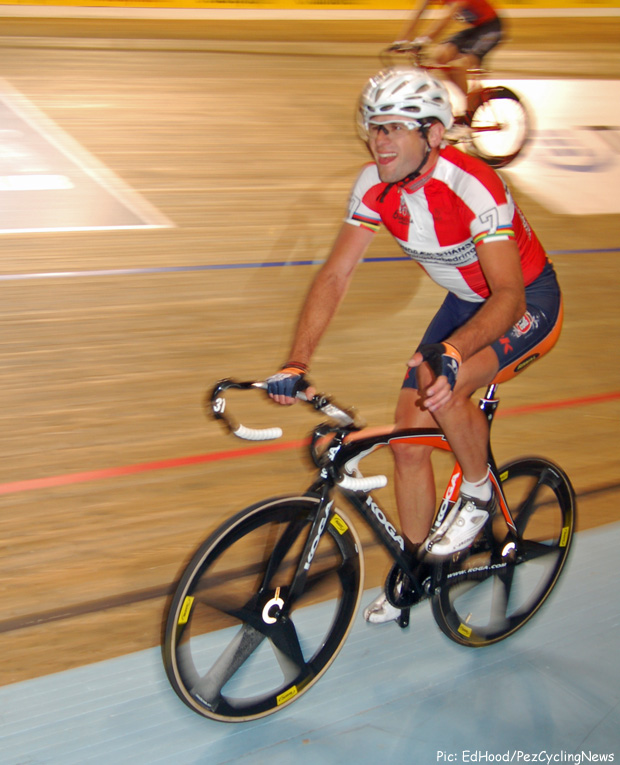 Aforementioned flying Danes Alex (above) and Michael are ‘super favourites’ as they say in ‘Euro speak.’ Michael won last year with Olympic Omnium Champion Lasse Norman; Alex was out due to his suspension by the UCI on half baked whereabouts violations – don’t start me on that one!

But this year the two soul brothers are reunited with the famous ‘Par nr. 7’ jerseys on their backs – the tricot is a stylised version of the Danish national flag and has been worn down through the years by the numero uno Danish ‘par’ of the era.

Hoping to spoil the tearful victorious reunion at Ballerup are – in team number order are: 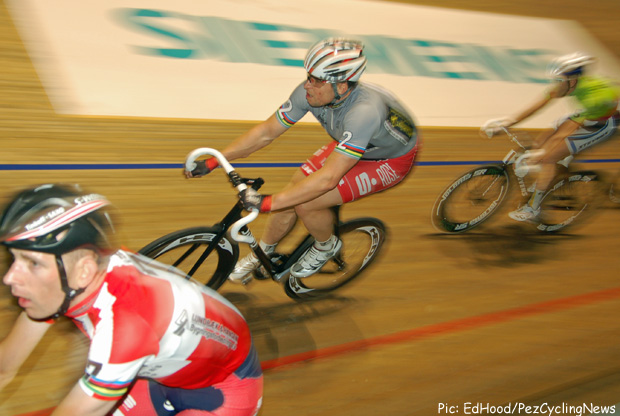 Par nr. 3: Berlin Six Day winner Andreas Muller of Austria pairs with countryman Andreas Graf – with a 4th spot in the Worlds madison in the past and Muller’s sky high morale they’re a dangerous duo.

Par nr. 9: the nr. 9 tricot is the one reserved for the ‘second favourite’ home team, black with a Danish flag to the sleeve – but this time one set of sleeves carries the German national colours.

The former home winner, Marc Hester (with Iljo Keisse in 2012) rides with the ‘man of the winter so far,’ for my money, Bavaria’s Leif Lampater. Nothing less than a podium will do for Hester and in Lampater he has a power house partner. 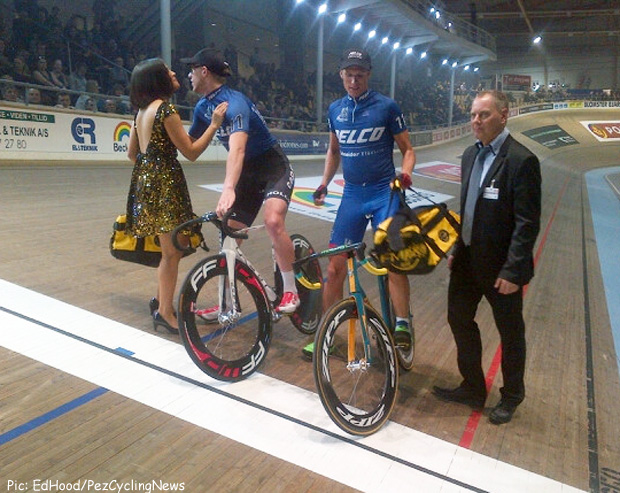 PEZ has ‘Born in the USA’ duo fresh from Berlin, Messrs. Daniel Holloway and Guy East. 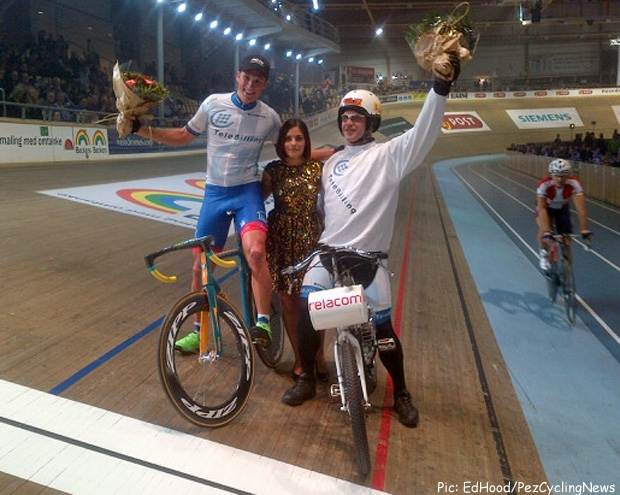 And ‘dang me’ as I think they might say in the ‘Land of the Free’ – as the announcer named the USA last night – they were fastest in the 500 metre TT and won the Derny.

We also have German duo Hans Pirius and Sebastian Wotschke plus Danish World Junior Madison Champion, Mathias Krigbaum. But more of them as the race goes on, the editor has been on my case about my word counts being too high.

But before I go, did I ever tell you about the time in Grenoble when . . .

Relentless! That’s how Daniel described the night two programme; usually I can write a good chunk of my copy on the BlackBerry during the evening – not here.

With five riders we had a man in just about every race last night but they did relent a little and let the guys ‘ride in’ with an opening sprint series before the big 60 minute chase – or ‘jagt’ as they say here. 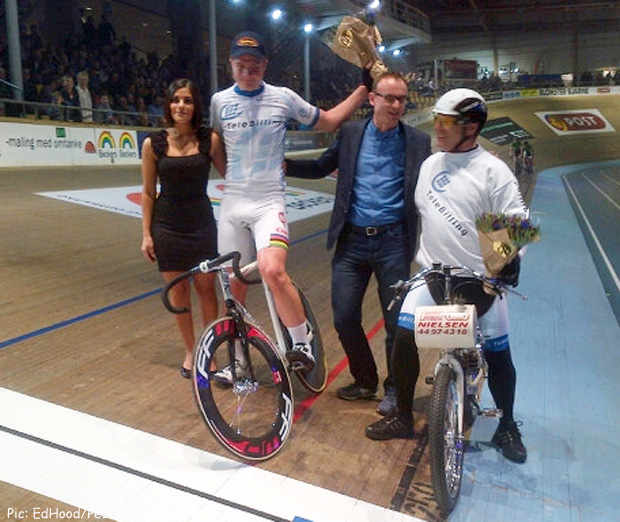 But then it’s, Derny A (which we won with Mathias), 500 metre time trial, Derny B, miss and out (don’t ask me to explain, please!), double harness pursuit (really), flying lap, balustrade sprint and final potato chase – I mean madison, sorry.

The status quo is pretty well set here; Rasmussen/Morkov (156 points) are on the zero lap with Lampater/Hester (127) and Bartko/Kalz (120) these three teams will be the podium. Muller/Graf are at two laps – it’s hard to see them getting those back. 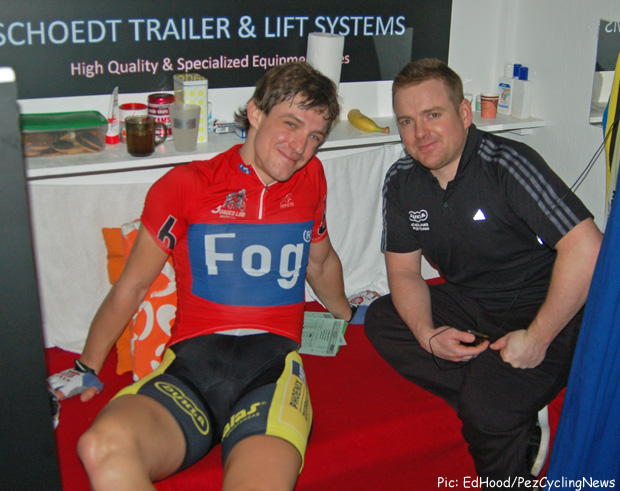 Next best are Stroetinga/ Jesper Morkov and Torres/Hacecky who are both at four laps and are racing to decide who’s going to be fifth and sixth. For pure speed big Kalz is the fastest rider here; but in the chases Michael Morkov’s ‘zip’ is remarkable, putting the length of the straight into the peloton in one lap of attacking. 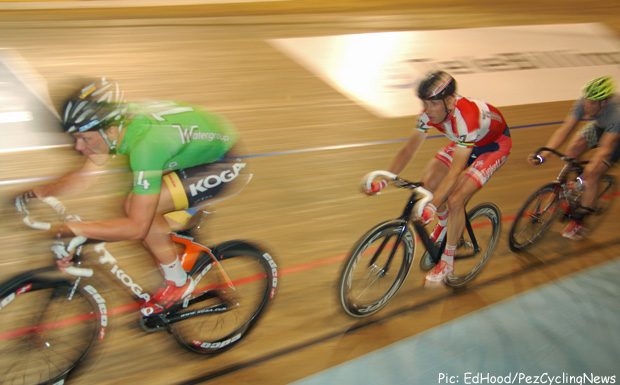 Sewing machine smooth and never showing the pain, he’d make a great poker player. Partner in crime, Alex Rasmussen isn’t smooth and does show the pain; but he’s big, strong and fast – and there’s telepathy between the two of them. 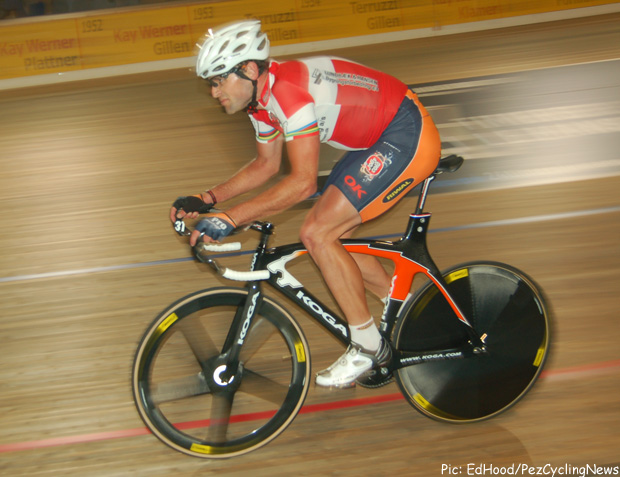 Their ‘theme’ music is ‘Rock Around the Clock’ from good old Bill Haley and the Comets from the mid 50’s – albeit they get the much more up to date ‘Thunder Struck’ from AC/DC for the time trials. The music is cool here; I’d forgotten about the disco version of ‘Cara Mia’ which the madisons kick off with; it’s taken me ages to figure out whose version it is – the artist in question is Paul Delicato and the version used here is from 1976.

The Derny is always accompanied by Johny Wakelin’s ‘In Zaire’ and the chase tracks are excellent; my faves are the ‘Voyage Voyage’ by Desireless, the Pussy Cat Dolls, ‘Don’t Cha’ then there’s Rick James’ master piece, ‘Super Freak’ and Falco’s under rated ‘Der Kommissar’ – all make the night pass faster. 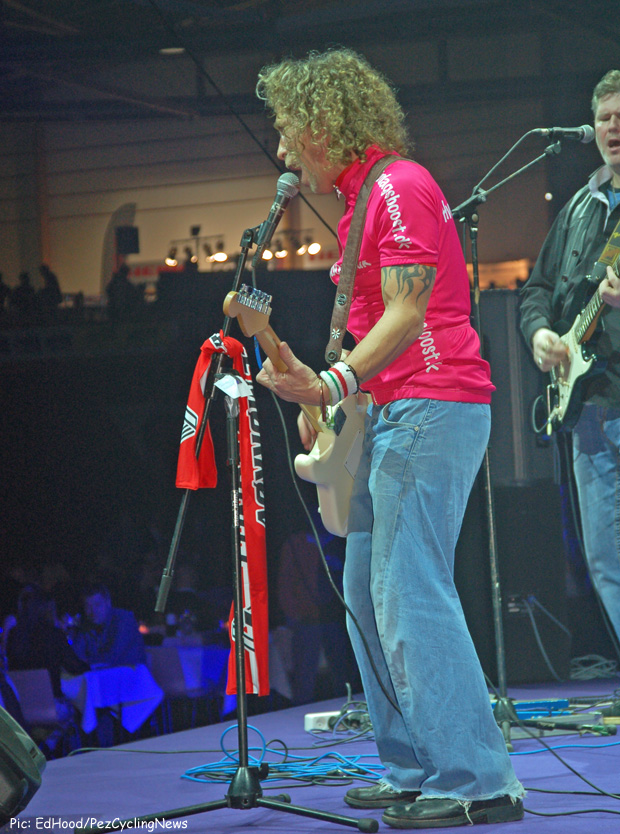 But let’s not forget the live band – or maybe we should?