Race Analysis: With more action than most GrandTours squeeze into 3 weeks this year’s Dauphiné was an absolute cracker. Lee Rodgers looks back at the big events of Froome imploding, the resurgence of Alberto Contador and the simply superb performance of Andrew Talansky. What a race!

“Hello, is that Brad? Ah, Brad it’s Dave. Uh, I was wondering, are you busy in July? We might have a job for you…”

Race of the season? No argument there. Of the decade? That might be too much but, pound-for-pound and stage-for-stage, the Criterium du Dauphine of 2014 may have jumped the ropes looking like a lightweight but it packed a real heavyweight uppercut. Personally I can’t recall a stage race that crammed in so much excitement and intrigue on a day-to-day basis for some time, other perhaps than the Armstrong/Contador Tour of 2009.

The commentators on Eurosport spent minutes slavering over Contador’s dropping of Froome and then even more as he clawed his way back towards Talansky’s group, from 1:31 at 18km to the line to 50 seconds with 4km to go, and even at the end they were still hailing his ride as magnificent.

Yet he’d just lost the Dauphine with a series of mistakes that he’ll be ruing for a few nights. The first was the poor judgment that allowed the Talansky group to go away. Unfortunately it happened before the TV cameras were switched on but whatever happened, there’s no excuse for it. 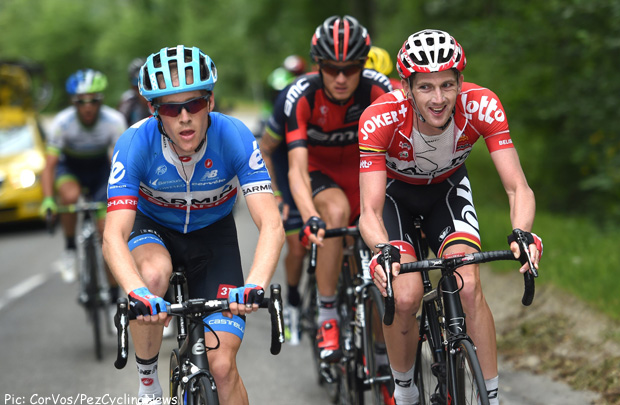 If he was waiting for Froome to put his men on the front then he misjudged the Briton’s form, another mistake. Yes, Contador had no teammates with him, or at least none that would be of much use, so poor is his team, but he’d beaten Froome handsomely the previous day and the onus was on him to chase as he was in Yellow.

Compounding the folly of not setting off after Talansky immediately, the Spaniard then spent a few minutes looking into Froome’s big baby blues – or into his polychromatics. Perhaps he was dazzled by his own reflection? Or admiring his jersey?

Either way he was wasting even more time dilly-dallying as his leader’s kit unraveled thread by thread, attached to the diminishing rear derailleur of Andrew Talansky. 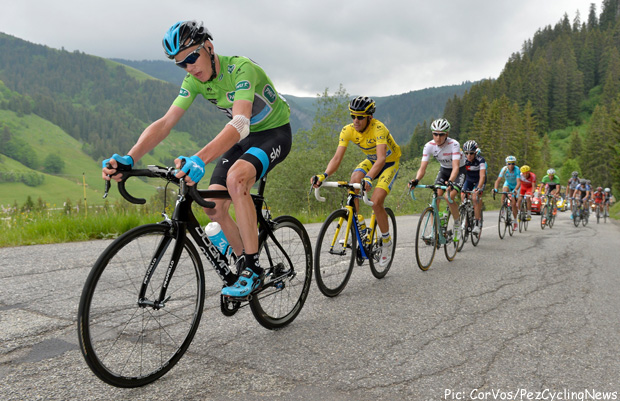 Finally, he underestimated Talansky’s condition and perhaps over-estimated his own. Maybe he was more concerned with showing Froome his superiority and really didn’t care for the win, but if that was the case he only half-managed it, as Froome will note Contador’s inability to obliterate Talansky’s advantage.

Make no mistake though, Contador is back, but, well, he just kinda, er, sorta… well, lost the race. A race he didn’t need to lose, not at all. 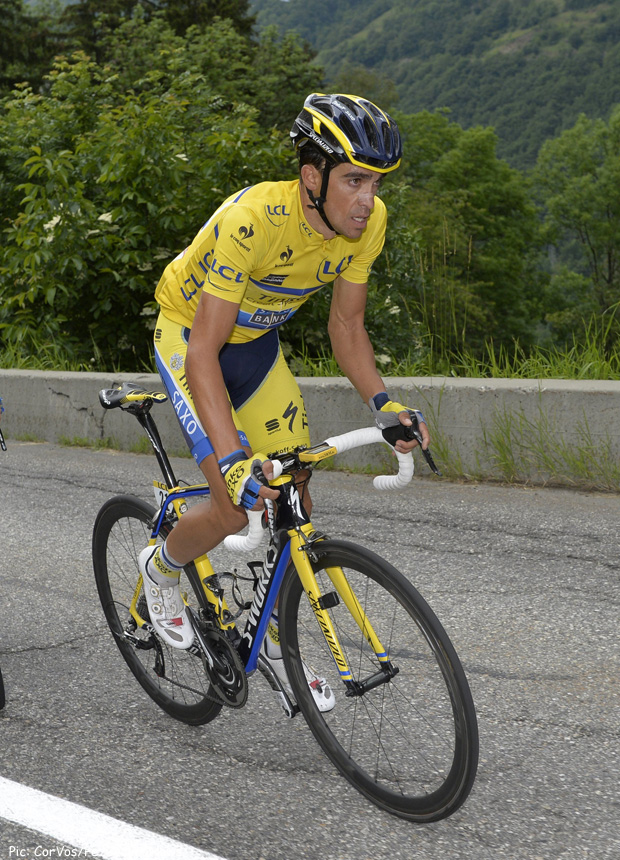 The young American however was brilliant. What a ride, take nothing away from that man at all.

At the end he waited nervously and when he finally heard he’d won he instantly burst into tears, a lovely moment only ruined by a big pink hand belonging to a Garmin-Sharp soigneur being shoved into the camera.

Talansky though, a popular rider in the peloton, was thankfully altogether more forthcoming than his team staff.

“You put your whole life into something, all the sacrifices, times when you’ve crashed and been sick… and it’s moments like this that make you forget about all that. This is why we do all that, for moments like today.” 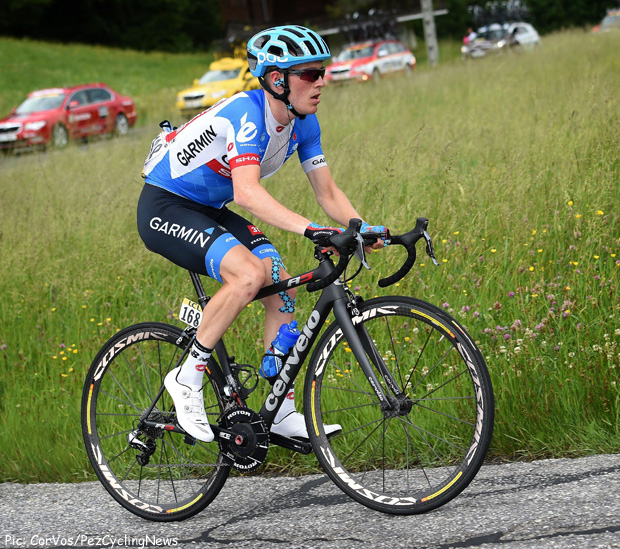 Beautiful. Hats off to you, chief.

He has a month left to get back to that drawing board but we have not seen him show such vulnerability ever, at least not since he emerged as a Grand Tour rider with 2nd at the Vuelta a Espana back in 2011.

Perhaps he’ll bounce back. Possibly it had something to do either with his recently revealed asthma or with the whiplash he received when the UCI fast-tracked him and his request for a therapeutic use exemption for a corticosteroid at the Tour de Romandie.

Naughty UCI. Who’d have ever imagined they’d give preferential treatment outside of the rules for their star riders? You think you’re unshockable and then an organization you love and trust to protect the integrity of your beloved sport goes and does something like that. What next? Dishonest politicians?

“Are you a favorite for the Tour de France now?” asked a feverishly excited Springer Spaniel impersonating a reporter of Talansky at the finish.

Talansky kind of laughed and said no, which was fair, but he certainly got himself some bonus points with that very impressive ride. Top 5 at the Tour? A possibility.

It will be Contador though that enters the Tour as the favorite now. He fluffed his lines today but he does look very strong and he has been there before, of course. He knows what to do and when, and how to win. However, his team is really not that good when push comes to shove, and he was isolated too often for comfort at this Dauphine.

He has the sheer talent to take care of himself but, if Froome comes back stronger then Conty will have a fight on his hands.

And what of Wiggins? Here’s the script: Wiggo wins the Tour de Suisse by two minutes, has to go to the Tour and then… who knows? Froome though will be watching the action amongst the heifers and the cuckoos with a keen interest, I imagine.

On the other stages, Jan Bakelants’ victory on Stage 6 was one that had me out of my seat, with Lieuwe Westra lucky he didn’t win because he’d have surely been disqualified for that unclassy move across the road that almost brought the OPQS rider down. 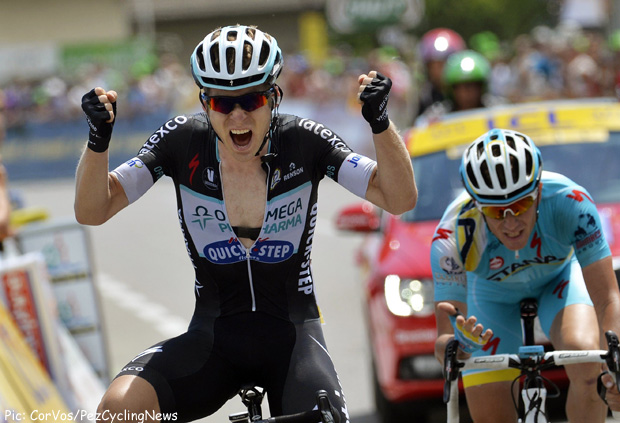 Then Westra singlehandedly brought laughter back to pro racing as he snuck up on the two Katusha riders. When a journalist finally opened the door of the Katusha bus later after no movement had been seen from the inside for some time, he found the team sat in silence as tumbleweeds rolled around the floor and buzzards hovering overhead.

Or he should have. ‘A deathly silence,’ I believe it’s called. 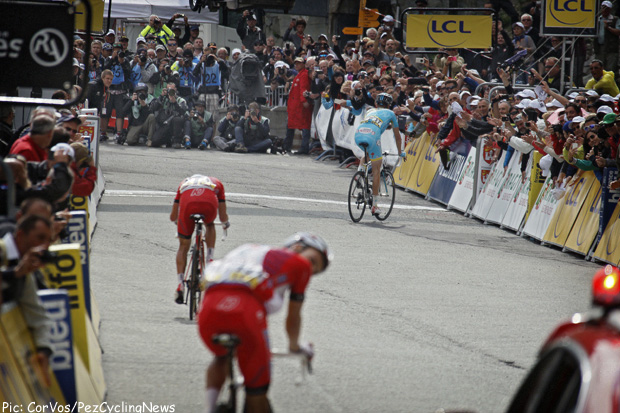 Egor Silin looks around after Lieuwe Westra just flew past he and his teammate Trofomov – ‘Where did he come from?’

The star of the show though was the final stage. It had it all. High drama, the resurgence of Contador, the emergence of Talansky, and the collapse of the pre-Tour de France favorite.

“What an incredible performance – by everybody!” exclaimed the commentator at the end. He was not wrong.