Race Analysis: Light shows, beautiful scenery and great weather can’t hide the fact that Chris Froome is simply flying in France and after three stages in the Dauphiné he appears already in control. A time trial, a summit finish and a sprinters’ stage – the Dauphiné really is a perfect Tour de France condensed down into a small package. Lee Rodgers analyzes the action so far…

Christopher Froome is 1.85cm tall and weighs 67kg, which equates to 6’1” and 148lb. By anyone’s reckoning that is skinny. There was a rumor a year or so back that the Kenyan-born Briton had had his biceps removed in an effort to shave even more pounds off his already strafed frame, and whilst some pictures of him seem to support this claim, I’m reassured by a doctor friend of mine that it would in fact be impossible to ride a bicycle without said muscles. 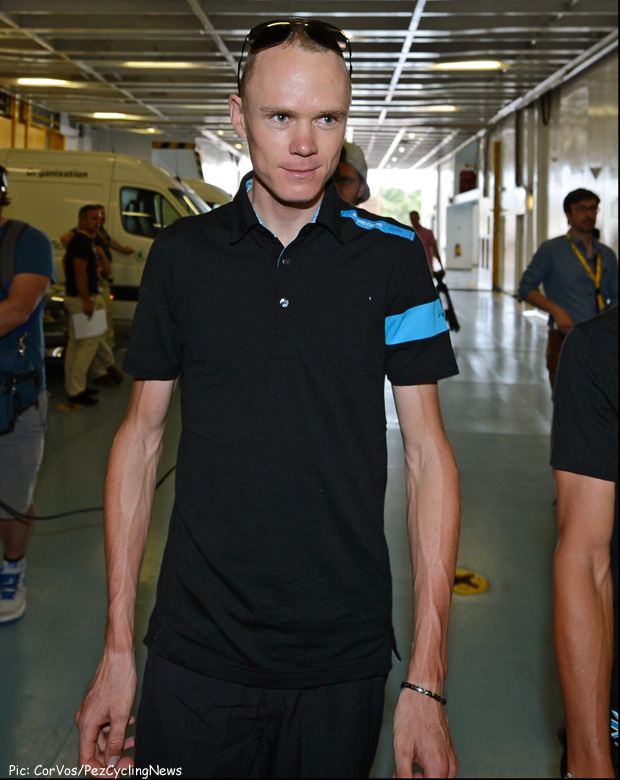 Which makes the time he managed in the opening individual time even more remarkable, putting in 8 clear seconds over Alberto Contador and 9 over the man in third place, Bob Jungels.

Any yet, though the stats on Froome’s height and weight might suggest he is freakishly thin, he actually isn’t. Well, not in the context of professional cyclists.

So in fact Froome is not a freak at all, not to anyone inside cycling. He is actually perfectly normally proportioned as far as his peers go and so his mastery of the time trial on that first stage perhaps should not be so amazing after all – even though Froome himself was after riding the 10.4km at an average speed of 47.1536 kmh.

“I didn’t think I’d do so well in such a short and flat time trial,” he said later, having just beaten another climber who put in an exceptional ride himself. 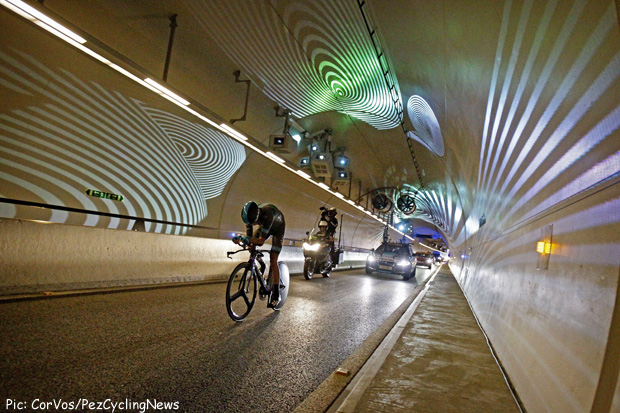 Wonders, it seems, will never cease. Froome though is putting forward some hefty credentials to be the dominant Tour rider of the post-2010 era. He has one 2nd in the bag from 2012 and of course the overall from 2013, and looks to all intents and purposes to be on for another this year, unless Contador (or Bradley Wiggins) can stop him.

If Froome wins this Dauphine he will have amassed a total of 8 GC wins in mutli-day events in just a year and a half. That is quite an astonishing record and one that marks him out as a supremely consistent performer.

Either he is peaking multiple times throughout the year and his very best is just better than the rest, or he is using the events prior to the Tour to get into shape and his ‘pretty good’ is still better than the rest. However you look at it, he is kicking butt on a regular basis and making very decent bike riders like Vincenzo Nibali look pretty ordinary.

One thing I will give Froome though, his approach (and indeed Wiggins’ before) to Tour preparation is a welcome break from the specialization that Lance Armstrong brought to the top level of racing. Froome may not be quite taking on the Classics à la Merckx nor riding the other Grand Tours but at least he is getting out there and somewhat honoring the traditions of the sport, even if it is just to get ready for July.

On Stage 2 it was the Froome & Contador show, with the Briton at times resembling a marionette puppet as he attacked on that final climb. Smooth and flowing he is not, but effective he is. Contador did well to hang on and actually quite unflustered but when it counted he could not get around his main adversary. 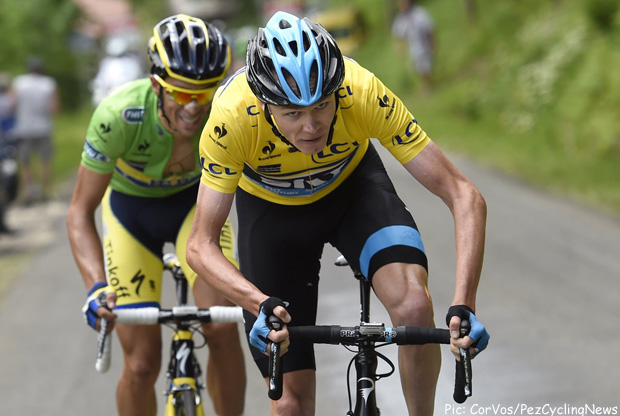 Those new to pro cycling might not quite realize just how dominant Contador was up until 2010, by which time he had cemented his reputation as the world’s best climber, one of the very best Grand Tour time trialists and as a man who seemed destined to go on to claim as many Grand Tour titles as he felt like.

He also had proven himself to be a man of steely reserve, thanks to that Tour de France victory in 2009 over his then teammate, Armstrong. 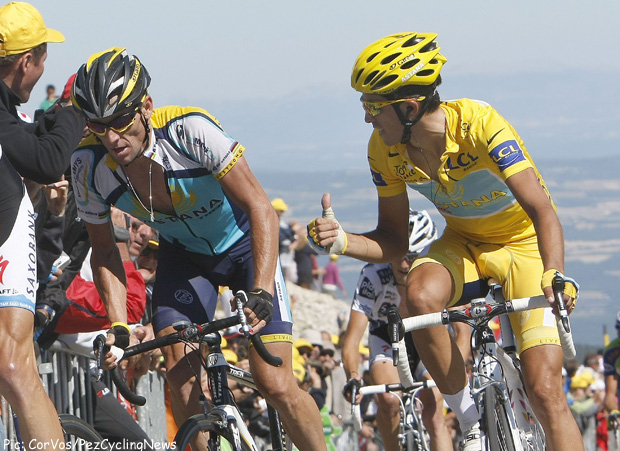 Armstrong and Contador in the 2009 Tour

How much the Clenbuterol affair took out of Contador’s sails will never fully be known, but there is no arguing with the fact that he’s found it harder since 2010 than ever before.

Is he back to near his best? Unlike in track riding or athletics, where improvements are calculable, it’s almost impossible in road racing to judge whether a given rider is actually faster than the year before. However, Contador has had his best early season since turning pro in 2003, having won the Tirreno-Adriatico and the Tour of the Basque Country and taking 2nd at both the Volta Ao Algarve and the Volta a Catalunya.

In the press conference on Saturday a journalist pointed this out to him.

“At first I didn’t think of it that way,” he replied. “But then I began to read it in some places and the truth is that it has been the best start of a season so from the point of view of efficiency, because I’ve been first or second in every race where I have started, and I’ve taken advantage of many of the opportunities I had, winning or finishing in the top 3 on many stages.”

Is it good enough though? Some fans are desperate for a close Tour after a few too many years of generally uninspiring GC battles but how much passion would a Froome vs. Contador war inspire?

Better than nothing I suppose.

Finally, Stage 3. What magnificent chaos in the final kilometer. A massive pile up seemed certain but never came, thank goodness, though Orica-GreenEdge did show everyone how not to win a sprint with a leadout man jumping off way before his man was ready to go.

Great win in the end by Giant-Shimano and Nikias Arndt as he edged out Kris Boeckmans of Lotto-Belison by 50mm of carbon. The best lead-out train in the world right now just looks to be getting better and better, and they showed they can win even when Kittel is not about. 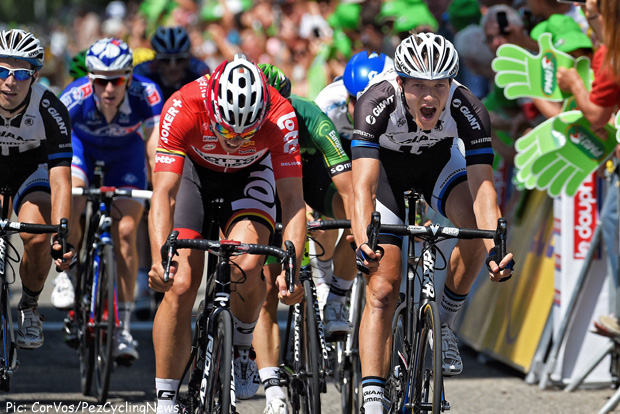 This is a very interesting Dauphine for sure, in many respects. Be sure to stay tuned!