As wildfires rage throughout Southern California, it is easy for people with no connection to the region to miss the very personal losses that are occurring on a huge scale. Over a thousand people have lost everything they own, many did not have enough time to save anything as they fled the fires with just their lives and the clothes on their backs. Cycling legend Eddie Borysewicz, affectionately known by all as Eddie B, was one of the victims of this horrific event. 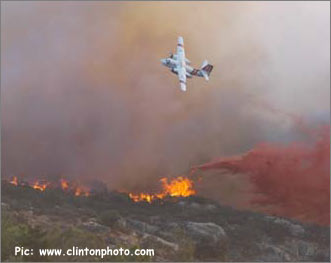 His close friend and business manager, Kathleen Clinton, described to me via e-mail how Eddie saved his menagerie of animals from the flames: “Eddie managed to borrow a double horse trailer from a neighbour and get the two horses out. (His daughter) Julia had to walk the miniature pony out… They then just threw open the gates to corral and let the sheep, chickens and cats fend for themselves. Miraculously, it appears that the sheep made it thru along with a majority of the chickens and cats. A big pile of rocks, both inside the corral and right next to Eddie’s house (surrounded by all of that cactus), became a refuge for the cats and chickens. They just went down as deep as they could go and survived.” 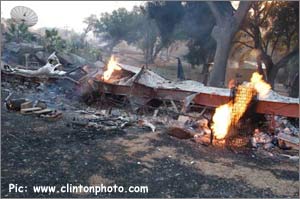 Eddie and his family then escaped to safer grounds and had to wait to see what would happen to his home in the rural outskirts of Ramona, east of San Diego. The earlier fires in San Bernadino county east of Los Angeles had drawn much of the fire-fighting resources from San Diego county, and this fire, which was apparently started by a lost hunter setting signal flares to gain attention, was able to burn straight through. By the time firefighters arrived mid-Sunday afternoon, much of the area had gone up in flames. 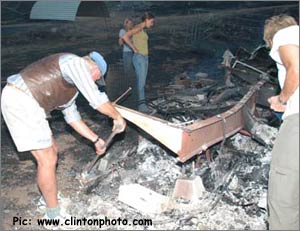 Kathleen and her husband Mitch later joined Eddie and his family at his home to try and put out spot fires on the property and assess the damage, having to sneak around police roadblocks by using a back entrance. They arrived to a strange scene of total devastation mixed with untouched buildings. Eddie’s two bedroom house was a total loss, nothing but a pile of smouldering ashes and metal. However, the barn (containing all the bikes) came thru unscathed, as did several out-buildings. A house that was under construction up the hill from Eddie’s property survived. “The fire burned right up to it, burned the trees right at where its front door would be, but didn’t burn down the framed house.” 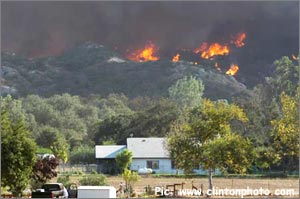 After the pile of rubble that was Eddie’s house cooled, Kathleen and Eddie’s son and daughter were able to pull the roof off the pile to try and find anything that didn’t burn. A few pieces of Eddie’s memorabilia from his decades of involvement at the highest level of the sport of cycling survived, but anything made of glass was melted away by the intense heat of the fire.

Last year I spent the entire winter in San Diego and trained with Eddie at the velodrome. He’s an easy man to like – always ready with some jewel of wisdom or funny story. I’m sure that even in the face of this tragedy, he is still joking and covering his heartbreak with a stoic eastern European demeanour, but he will surely face some very difficult months ahead coping with the loss. According to Kathleen, Eddie did not have enough insurance to replace even his very modest home – a common occurrence. In the areas around San Diego, prices of homes have skyrocketed, and many homeowners will find the values that they insured years ago will buy them very little today.

Eddie has dedicated his life to developing excellent cyclists. He’s trained the likes of Lance Armstrong, Rebecca Twigg, and more recently, Mike Creed and Tyler Farrar. He has always opened his home to visiting racers, from Rolf Aldag and Eric Zabel to category 5 amateurs.

You Can Help The Eddie B Relief Fund
Kathleen is putting together a fund to help Eddie rebuild his house and his life. If you’d like to contribute (or simply send words of encouragement to Eddie), please e-mail her for more information at [email protected]or check out the Eddie B Relief fund website for photos and instructions on how to send contributions to Eddie B relief fund that has been set up: https://www.clintonphoto.com/subjects/ebfire/index.htm

Hamilton 2003: From The Outside In