The 2013 Tour of Azerbaijan concluded with a circuit race in downtown Baku. The racers completed twelve laps of a twelve km route for a total of 144km. There was a short, 50m, climb each lap which, initially looked to provide little difficulty, but on a hot day, after four days of hard racing, that was far from the case.

The race was marked by numerous breakaways, but nothing seemed to stick. The climb whittled down the field and after the last lap Tomas Vaitkus, was an unlikely sprint winner. Vaitkus, who rides in the World Tour races for the Orica-Green Edge team, but was riding here for the Lithuanian National Team, showed his experience in reading a race. 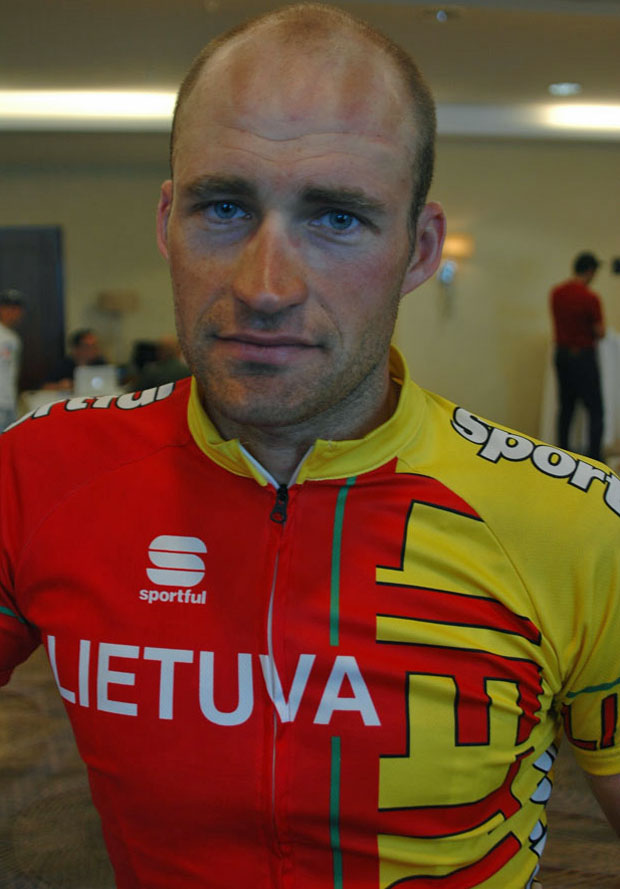 “I knew that on this last day many riders would be taking it easy and others would be motivated to win so it was difficult to figure out what moves would work. I just sat back and let others take their chance so I had a lot left for the sprint finish.”

Sergiy Grechyn, who took the race lead on stage 2, held on for the overall win. “It was a hard day today. With the climb, it was very hard. I thought before the race this was a stage for the sprinters, but the first time up the climb I think for a sprinter it was not possible.” 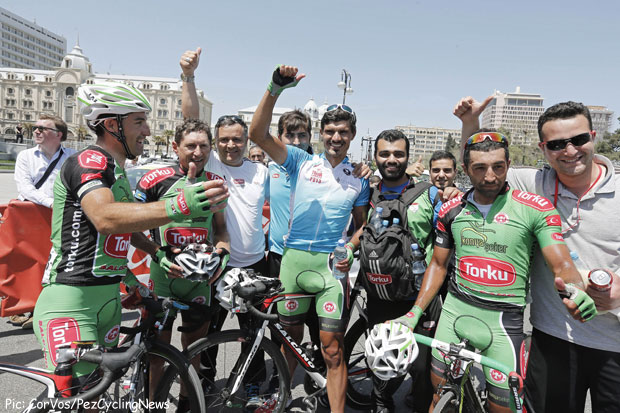 Sergiy Grechyn and team celebrate their second big success in 2 weeks after recently taking the GC at the Tour of Turkey.

Undoubtedly, the breakout performance of the race was the performance of the Synergy Baku Cycling Project team. The hometown boys protected their turf with some very impressive riding. The team won a stage and put its riders on the podium four out of the five days. In addition they won the sprinter’s jersey (Christoph Schweizer), mountain’s jersey (Connor McConvey) and best Azerbaijani jersey (Eichin Asadov). They also put Oleskan Surotkovych in second place overall behind Grechyn.

Final Thoughts
Having been to 11 Tours, 2 Giros and 2 Vueltas, I must say that covering the 2013 Tour of Azerbaijan was a great experience. As a wise person once said, you only grow when you go out of your comfort zone and crossing twelve time zones to cover a bike race in a country that has only been in existence for twenty years definitely qualifies. 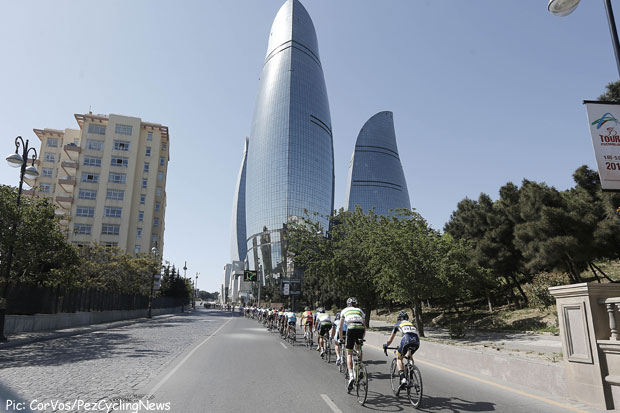 Luckily, the Azerbaijani Cycling Federation hired some very good people, not only to put on the race, but to also take care of my sorry butt! It’s not just about staying in four and fiver star hotels, which, of course, we did, it was also a willingness to make my stay in the country as nice as possible.

Sure, there were a few tense moments like on day 2 when our bus got lost, but even in that crisis, things were happening (when was
the last time you got a police escort?) to make it all come out well in the end.

Will the Tour of Azerbaijan succeed? I certainly hope so. For the sport as a whole to succeed and grow it has to become popular on a global level. It might take a miracle for cycling to replace soccer(football) on the top spot, but as we in the sport know, not only is it great fun to ride a bike, but watching a race can be fun as well. 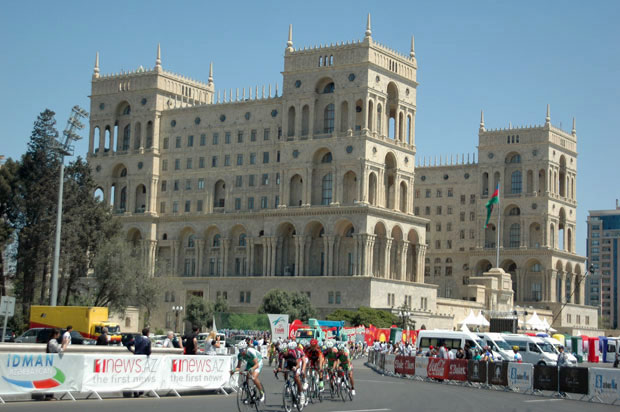 Hey, I am not drinking the kool-aid or anything like that. Living in California I know what it is like to have a big time bike race come to town (hint: the Amgen Tour of California starts in just one week) and the excitement it brings. Here in Azerbaijan you can see it in the faces of the children who now look forward to growing up in their own country. It’s part of both the healing and growing process. I am glad I was able to see a small part of that taking place. 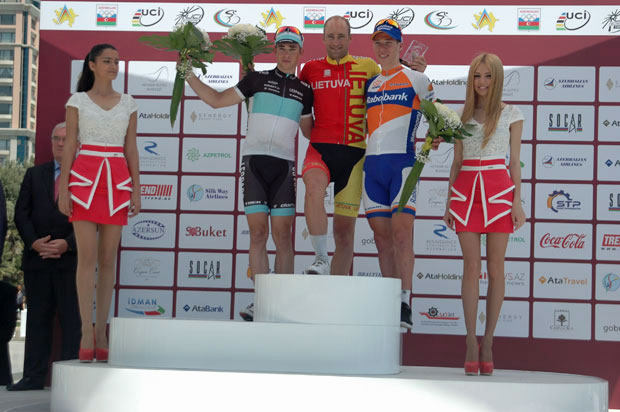 The days’ podium with WorldTour star, Tomas Vaitkus on the top step and a certain believer in the globalization of cycling, Pat McQuaid in the background.