French Fanatics And ‘Their’ Paris-Roubaix

The cobbles of Paris Roubaix in the north of France are a special place and these historic roads combined with some amazing races have led to their mythical status. Certain French live and breathe for the first of Sunday in April every year, from the fans roadside to a former winner – they all love the Roubaix cobbles in their own special way.

Titouan does not usually get up at 5 AM. But April 7th will not be a day like any other. This spring Sunday, the young 15 year old boy plans on going to a trip dedicated to Paris-Roubaix just as he did last year. 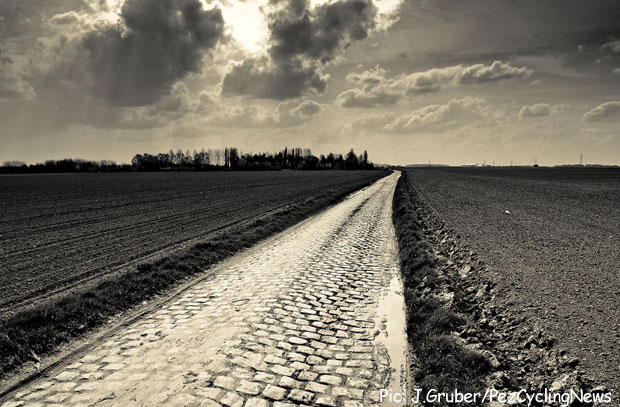 From his small town next to Paris to Compiègne, where the race begins, Titouan and his father already cover about 100 km. Then, they experienced going up North to catch the race on several points, including the famous Trouée d’Arenberg, and later reach Roubaix. The day is long & exhausting, “But that is my favourite race”, justifies the young fan, who could not imagine missing it. 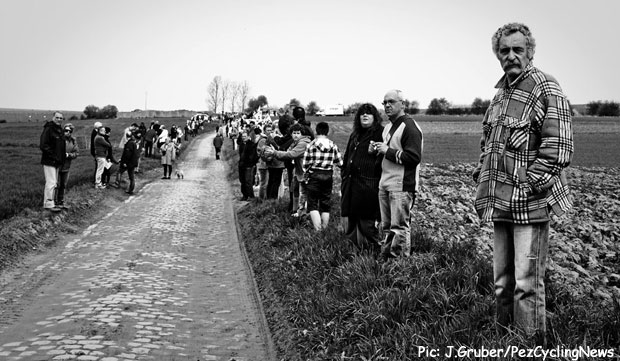 Like Titouan, many French have built a special relationship with the Queen of Classics. At the point to dedicate a large part of their lives to this special race. No mystery Frédéric Guesdon won it, in 1997. “It’s the most beautiful race, there is only one like this in France”, claims the Hell of the North rider, tied with George Hincapie for the record for the most participations at Paris-Roubaix (17). “I’m not a climber, I don’t sprint either, Flanders classics were the ones where I could express myself.” 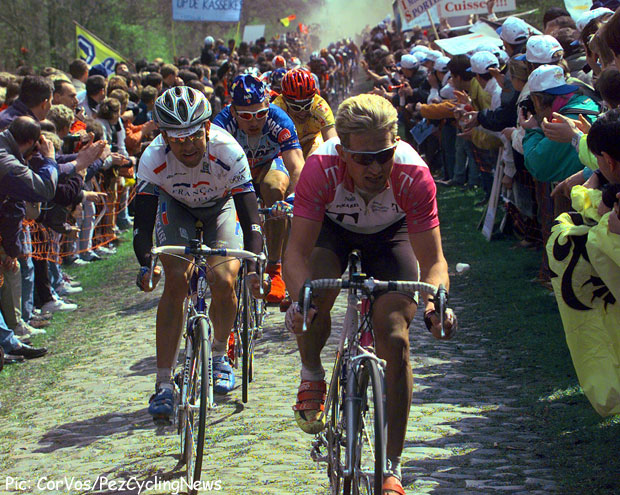 Guesdon in second wheel on his way to his history making win.

Others, with less talent, live the greatness through their champions. Titouan loves Tom Boonen. The more experienced Jacques Abignaut likes to recall “Merckx, Moser, De Vlaeminck, Van Impe…” At 67, this cycling history buff joined the “Friends of Paris-Roubaix” five years ago. “I got enrolled in this association due to the specificity of the race, he explains. It’s one of the greatest classics, it needs to be preserved.” There are now 201 Friends of Paris-Roubaix, dedicated to maintaining the cobbles sectors and promoting the myth. 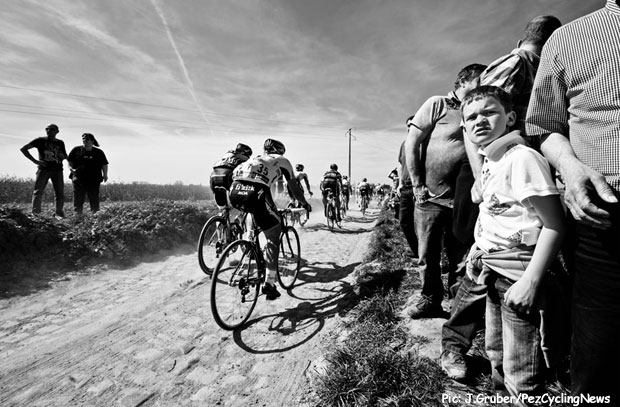 “The true fans know the race history on their fingertips”, adds Jacques. Through 110 editions, Paris-Roubaix built a myth that now lives from a generation to the next. Titouan first felt the passion at 7, following the path of his father. Same goes for Jacques, fed by the legend of Eugène Christophe (5 times in Paris-Roubaix top 10 from 1910 to 1925). His early memories bring him back to 1959 : “This edition left a deep impression on me. The TV feed broke at some point of the race and it just reappeared for the sprint. I really liked Noël Foré and I was glad he won after all this suspense.”

Now officiating as Team manager for FDJ, Frédéric Guesdon tries to bring all the myth to the youngsters. And the former winner is glad to see new generations still show interest in the Flanders classics, even more than when he began ! “It’s good that people, especially the young ones, keep the passion alive”, he delighted. “Those are the races with the most people on the roadsides.”

Every year, spectators like Titouan or Jacques can be counted by dozens of thousands. And even though everyone acknowledges “French are not as crazy for cycling as Belgians”, the atmosphere is always described as “amazing”. From his bike, Frédéric Guesdon was always impressed by the crowd fervour : “Those are people ready to do anything. Fanatics enjoy this opportunity to throw a party. Some come with buses. There’s music… well, alcohol too.” Fans gather on cobbled sectors to see their idols. “They’re so close it feels like a mountain pass summit”, describes Frédéric Guesdon.

The comparison particularly suits the Trouée d’Arenberg, introduced in 1968 thanks to World champion Jean Stablinski. “Without it, there’s no such thing as Paris-Roubaix”, claims every fan you may speak with. Jacques Abignaut labels it as “mythic” and adds he never found that kind of atmosphere somewhere else. “It felt odd when I went there to pay tribute to Stablinski, he recalls. There was nobody, big contrast with race days !”

For Titouan, there were two main places on the trip he did : the velodrome where everything gets decided and the Trouée – also known as Tranchée d’Arenberg. “It’s one of the toughest cobbled sectors and you can already see the favourites upfront even though it’s still 100 km to Roubaix.” That’s another reason why French love Paris-Roubaix. Riders cannot hide, “no wheelsucker will win”, claims Jacques Abignaut. That and the fact you cannot predict what is going to happen. “It is a thriller with surprises likely to occur at any time but at the end, the win always goes to a great rider”, states Guesdon. 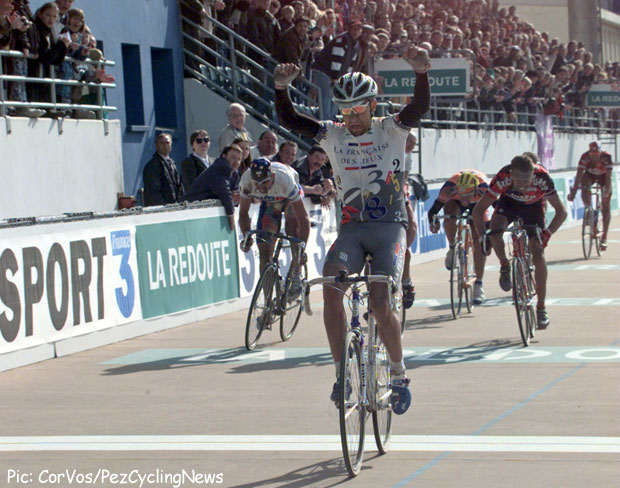 For his first on Paris-Roubaix, Titouan had the opportunity to watch his beloved Tom Boonen triumph as one of the greatest classics rider ever. “When the Belgian arrived at the velodrome, “everything heated up, describes the young boy. We put up a huge noise beating the floor. He had lots of time ahead of his chasers so he took the time to celebrate.” Huge moment for a Boonen lover. But Titouan was even more impressed by the suffering marks on the riders. The young boy waited for the broom wagon to see all of them. “The last riders, those not used to the cobbles, you can see on their faces how much they’re suffering. It’s a very tough race. You see riders full of dirt, blood… It takes some guts to do that !”

From anonymous riders feeling the pain at the back of the bunch to great champions laying down their name on the winners list, Paris-Roubaix belongs to anyone. The fans too. Even the “Conti”, employees involved in a social conflict and introduced as the “25th team” of the 2009 edition. “The tyre slaves salute the road slaves”, they claimed before releasing the race from their protest.

On The Startline At Paris-Roubaix