The Giro is over but never far from our minds or hearts. We filed so many stories this year that a couple still haven’t been posted. Here’s Alessandro’s report from his day chasing the tough stage to Pescara that saw Adam Hansen light up the break at the start.

Every year when I approach my first day at Giro I have a series of doubts. The most frequent is: does it deserve this? Behind the word “this” there are a number of good reasons that tells you to stay home and enjoy the Giro from the armchair. But every year, once back home I always feel a huge pain watching the stages on Tv and not by the roadside.

This year the approach to the event was less traumatic because I was reading all the good stories coming from Richard and Mino’s trip in the south Italy. So I was already looking forward to my part, my week end at Giro when the race come close to my home in Fano. No doubts this time, the Giro deserves all the trouble and this morning I was heading to Pescara in good time. The plan was simple: enjoy as much of the day as possible in the final battle on the hills around Pescara. 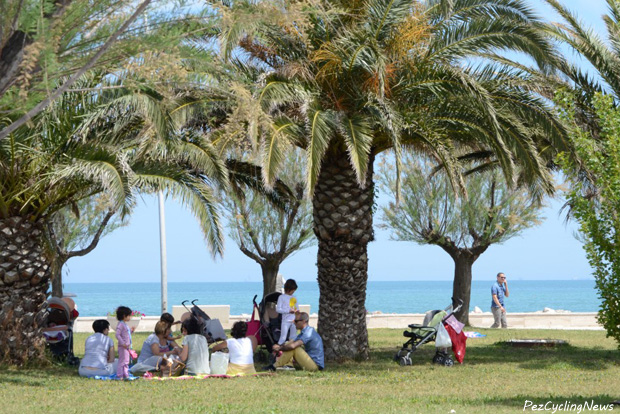 The day was great; warm and sunny. I was going to watch the start and then a couple of passages. I prepared my local “panini”; an hot salami called capocollo and the caciocavallo cheese. 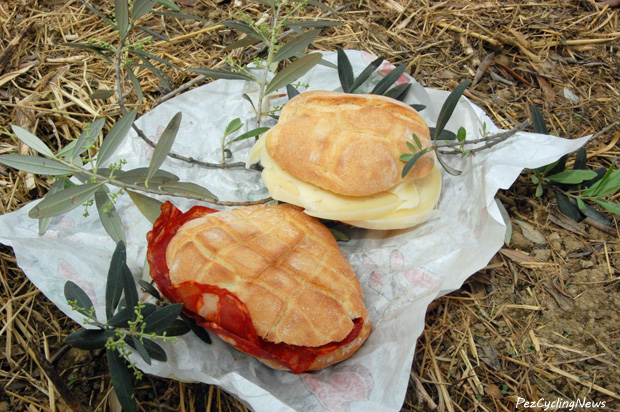 Look for a good place to eat while waiting the race and meet my friends Richard and Mino (read Richard’s Giro di Pez here) on the road; yes, definitely the day started well. A group of 6 riders was already breaking and the group was following with no rush (but this calm at the end will be a mistake). 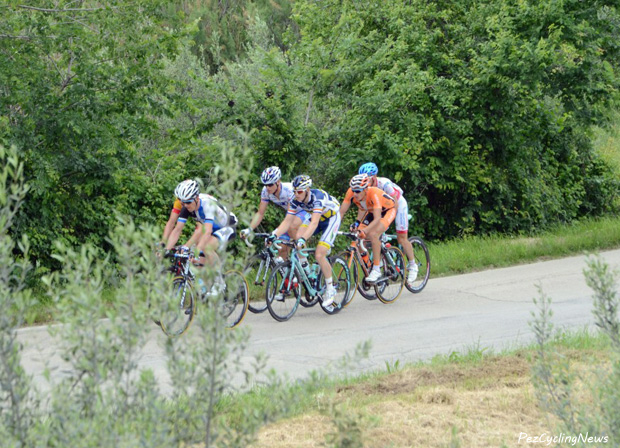 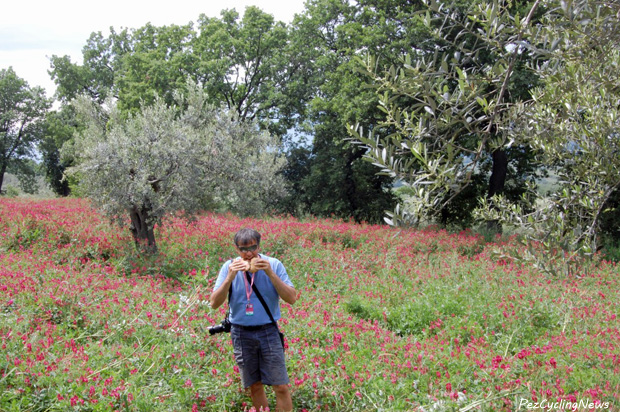 Some road on the highway to meet next spotting point and I found this small village, San Giovanni Teatino, lost in the country around Pescara. In the middle of the village there is a small restaurant “Arrosticini da Umberto”. You wouldn’t pay to it a penny but this place is something great. They have been the first to cook the “Arrosticini” a very special grill made with lamb meet. I had a chat with the principal, Claudio, he’s Umberto’s son and he is really in love with his job. He can tell you a lot how to cook the arrosticini and what to eat with them. 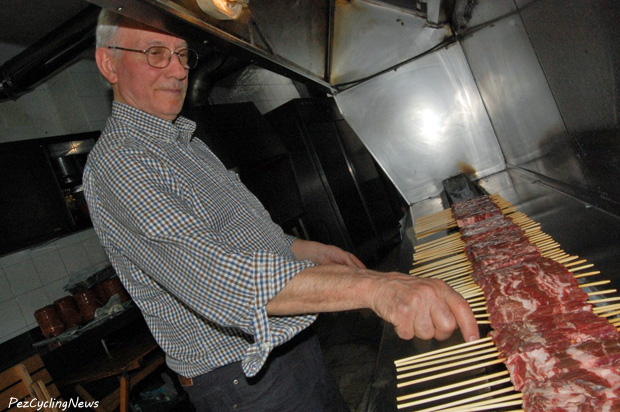 I then found a good place for spotting but, as usually happens this year, a few minutes from the passage it was starting a heavy rain. This rain, in some way, had also contributed to fire the race, but it was really nasty to be once again fully wet during the way back home. 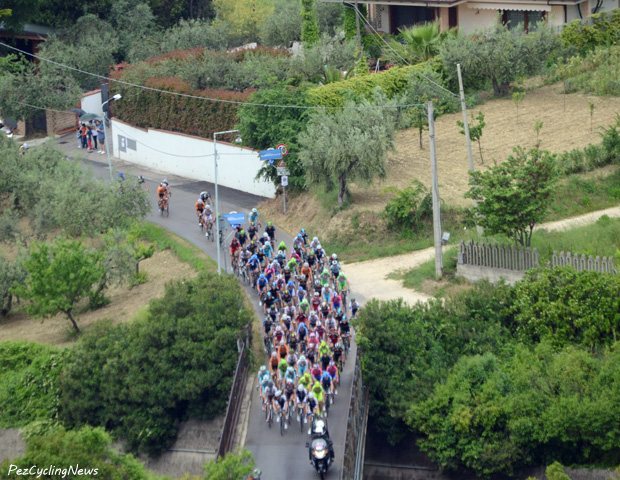 At 15 km to the finish two main protagonists of the break (Hansen and Sella) were still ahead and the bunch behind, selected to 30-40 people, was climbing quite when Danilo Di Luca went out at double speed. Di Luca is a local rider, living few kilometers far from here and was very supported by the people on the side. 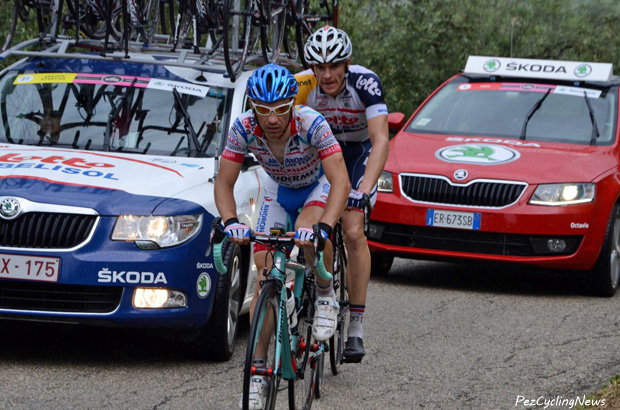 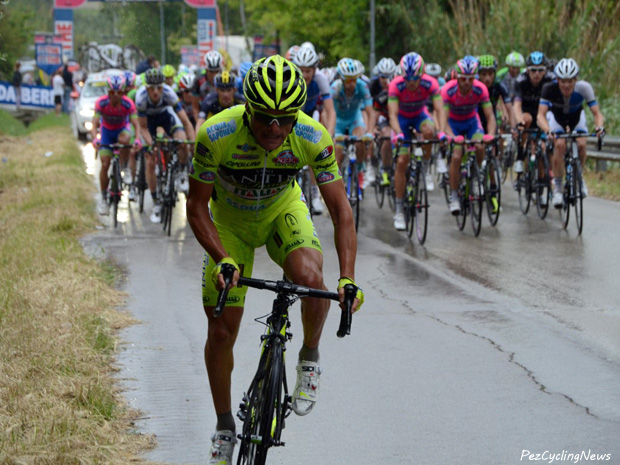 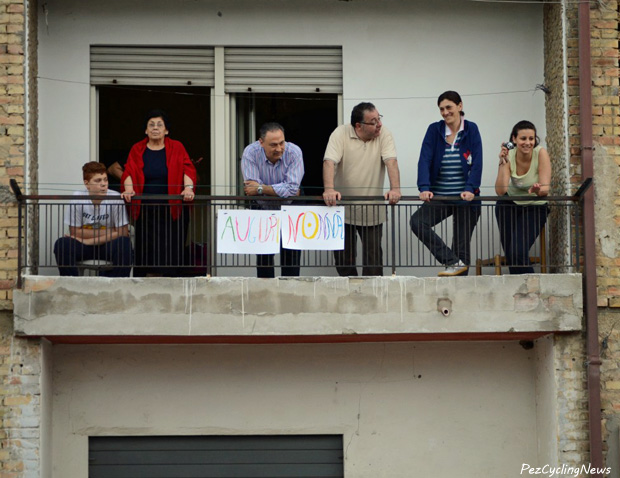 Some locals were happy to wait for the riders. 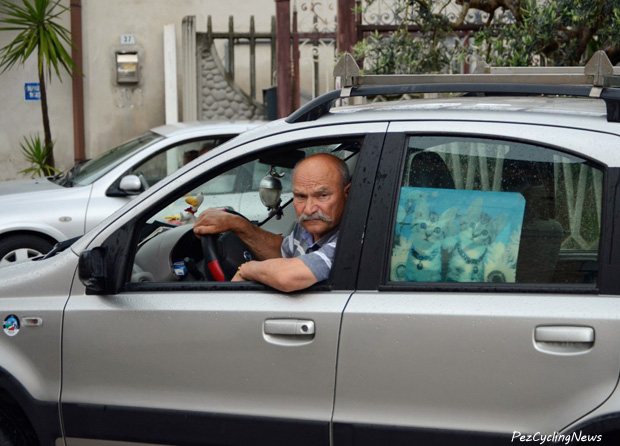 And some were not.

Then I started waiting the other riders and I noted the selection was huge. This is one of those days making the difference in a three weeks competition; I mean, when you start in the sun, warm and you turn to fully wet and obviously colder, with several hills and roads of all kinds, don’t mind how the “bigs” were close to each other, just give a look to the last. 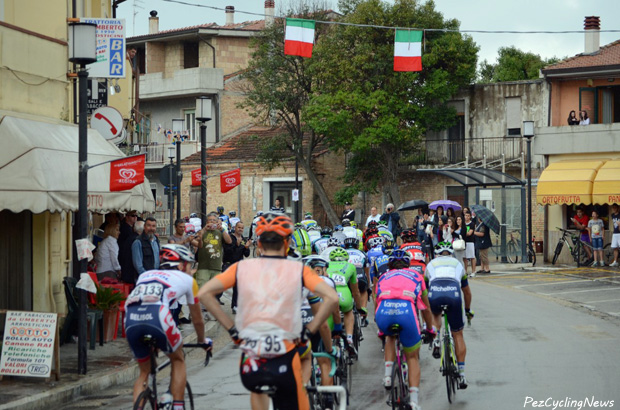 After starting the day under beautiful skies this day finished like so many others at this year’s Giro – under the rain.

I will have other two days more to live inside the caravan and now is very late in the night. Tomorrow morning the wake up call is earlier than usual; a time trial is waiting for us. Don’t ask, it deserves!