Giro’14 Roadside: PEZ-Man Alessandro wraps his final day on the our Roadside coverage chasing the race across Lombardia to the summit of Monetcampione. Hours in the car and only seconds to see the race – we wouldn’t have it any other way at another special day on the Giro. 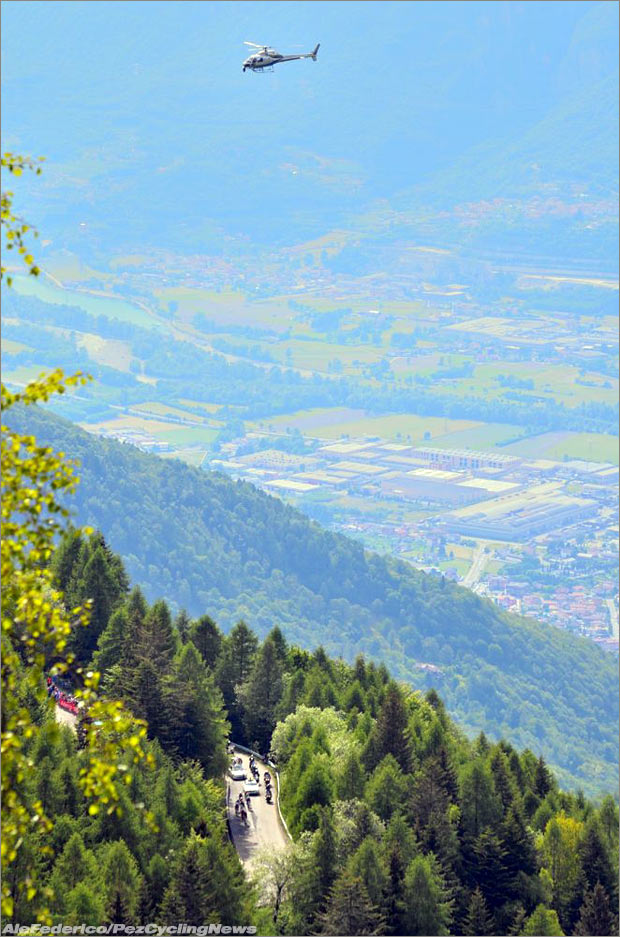 The stage profile was not lying: the stage was going to be decided on the last climb which was very different from yesterday: much longer but also less steep. This climb remembers more a Tour the France mountain than one of the Giro. The GC contenders gave all their best till the last meter of road as this Giro see the most strong riders in a bunch of seconds and it comes out a tactical race. 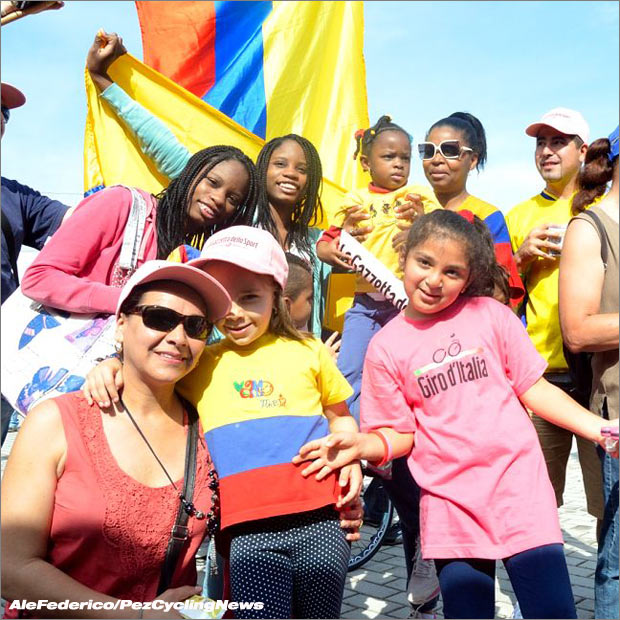 Colombians fan at departure in Valdengo. 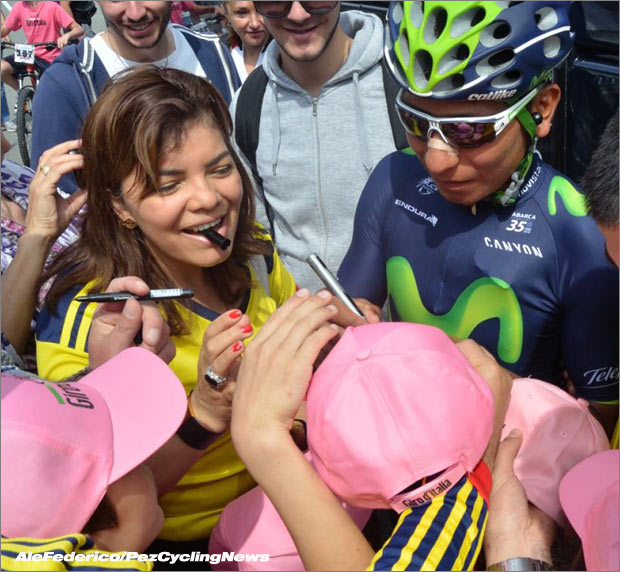 We’re having the luck to watch a very interesting and thrilling race with all best riders elbow to elbow till the last kilometers. Maybe even better. And what surprises more is the fact that every day are surprises. Yesterday we thought that Hesjedal and Pozzovivo were in good form (and probably they really are) but today they were less brilliant than expected. Who seemed to be a bit in trouble (but probably not) is Uran, who lost some time from Quintana but was better than Evans and Mayka who are his direct rivals. 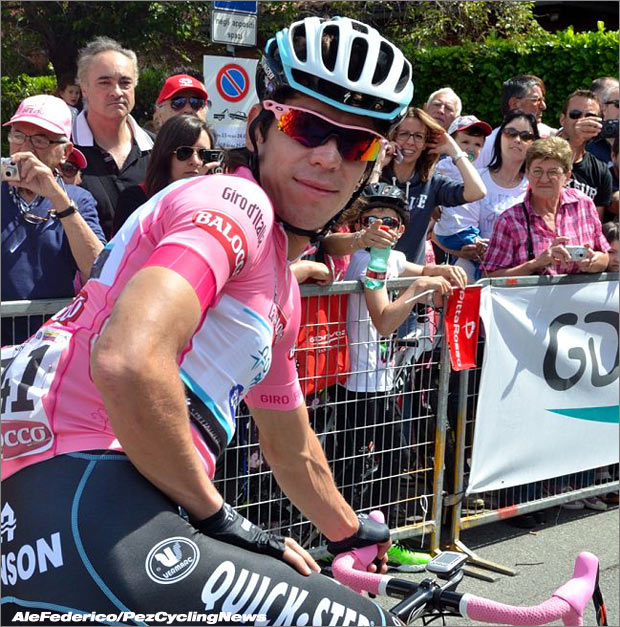 Ciao Rigoberto, see you in Montecampione.

An early wake up call this Sunday, the stage was quite long and the way to the finish required to transit through Milan suburbs. It was important be early at departure village and maintain a perfect timing till the way to Montecampione. I am really surprised about how many Colombians are living here in Italy. They came here in the last fifteen years and now they are quite a large community and they are all now in first lane for their heroes: from Quintana to Uran but also Arredondo and several others that are coming out as new generation. In fact the women came here first, doing works as housekeepers and babysitters, than came their men. This maglia rosa give them the reason to be proud of their country and to cry the Colombia name loud and clear. 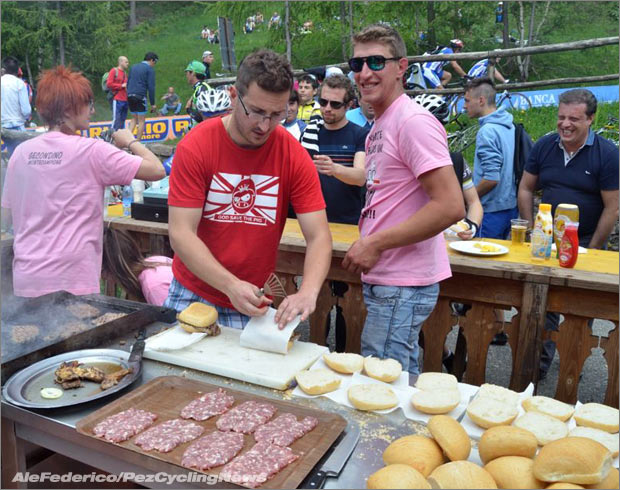 Another salamelle sausage day on the final climb! 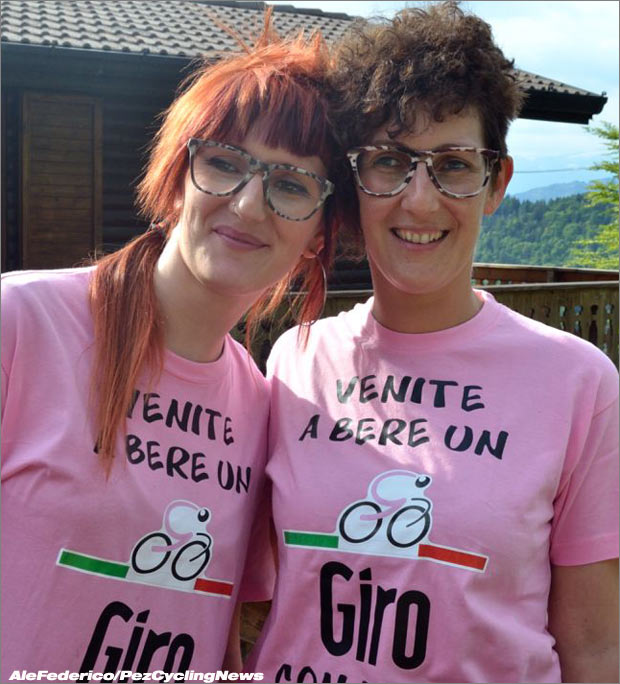 The weather has been nice the whole day. It was even warm at lunchtime but in the afternoon came some chilly wind from the north. A bad sign for next week? There were lots of people on the road, several young and most of them very well organized with tailor made jerseys and cars-built-in bars. 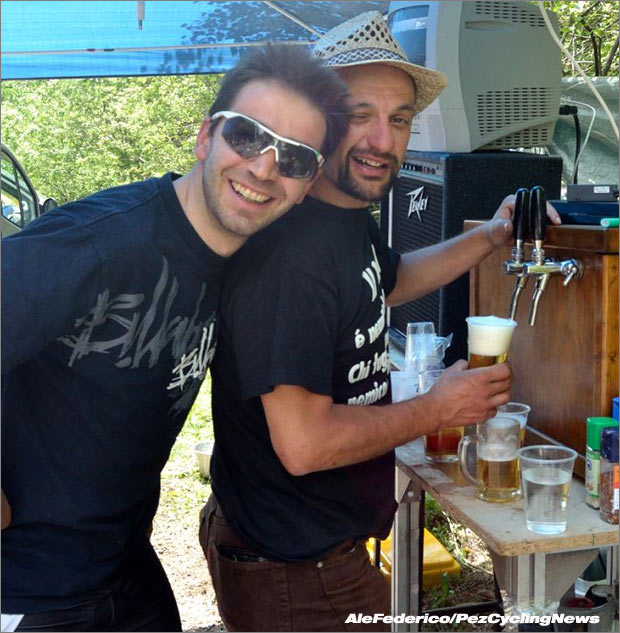 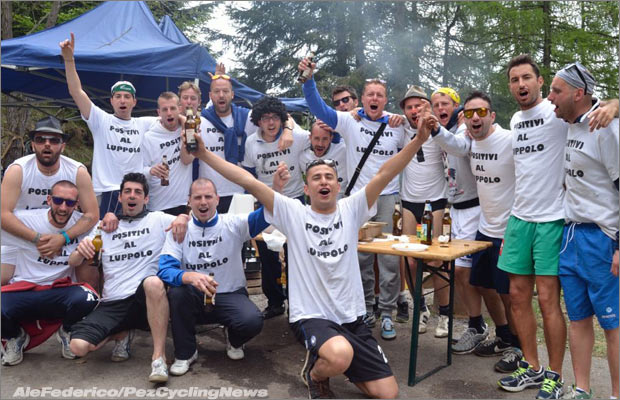 But the Giro is made especially by meeting, like the people of “Baita dello Sciatore”. These guys are a big family with several brothers, sisters and cousins doing a big job at their resort at 1500 meters altitude in Montecampione. They work almost all year and their sandwich with sausages are very tasty. One day I should come back to eat their specialties and especially the polenta. If you will come you will meet the two sisters Paola & Chiara; the fun story behind them is that in Italy there are two famous singers named Paola & Chiara and now they shy to tell the people that their name is exactly the same of the two singers.

Yes meetings are the best memories I have of this experience and, yes, the race was really great but greater was the flow of feelings that the trip and the meetings gives. 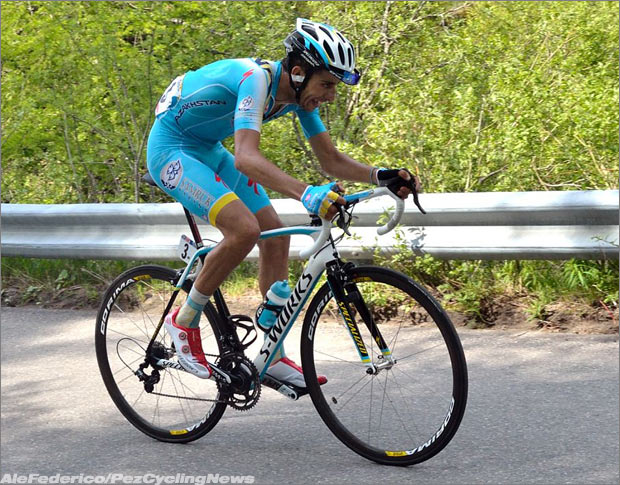 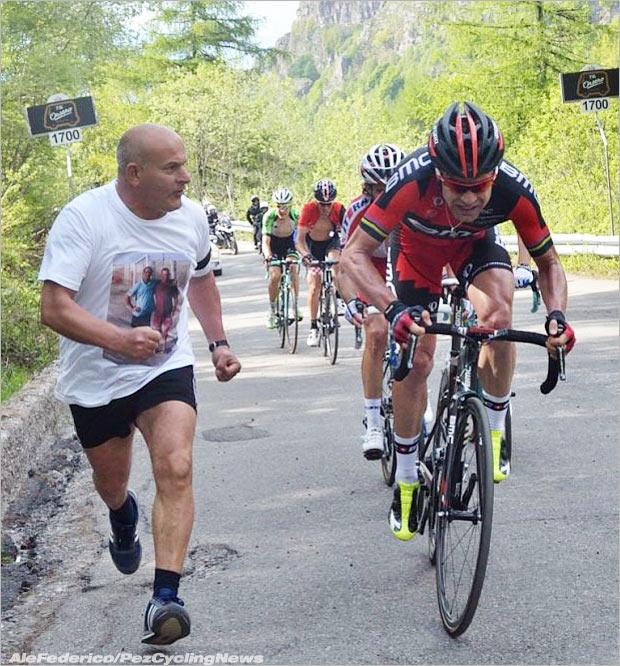 Tomorrow the Giro will respect its third rest day; starting from Tuesday we will witness the terrible third week which include the stage of Val Martello and other two high mountain stages in Panarotta and Zoncolan. The best has still to come and I’m sure we’ll see an epic battle. 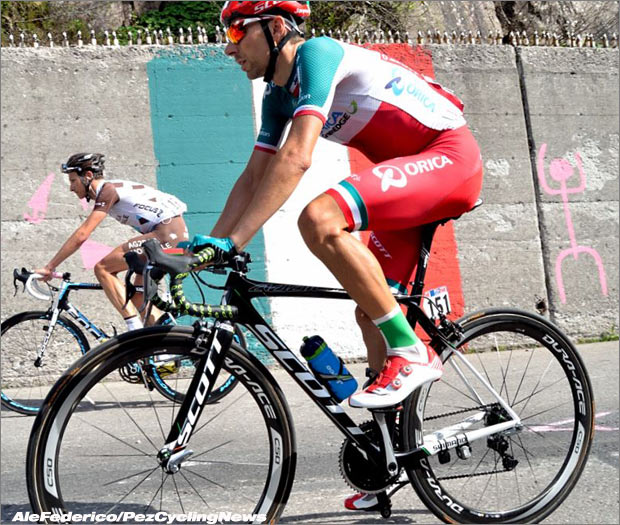 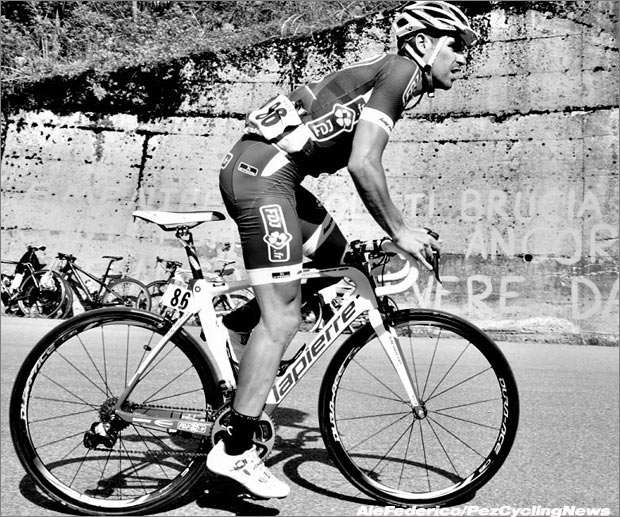 My Giro is really over now. The daylight is still strong despite it’s already evening time – we are almost into the summer. I should be already back to the way home, but I like to stay here, surrounded by the mountains and spending some more time doing what I love to do: to write about cycling. Tomorrow everything will be back to normal and will be hard to watch the Giro on television after so many days in the action.

Tomorrow everything will be back to normal as soon as my wife’s voice tells me it’s time to wake up. As soon as my daughter will ask for my eggs for breakfast. As soon my baby son will call me to play football with him; just him, “the boy”, can maybe understand a day my passion and my need to leave home and to be back. 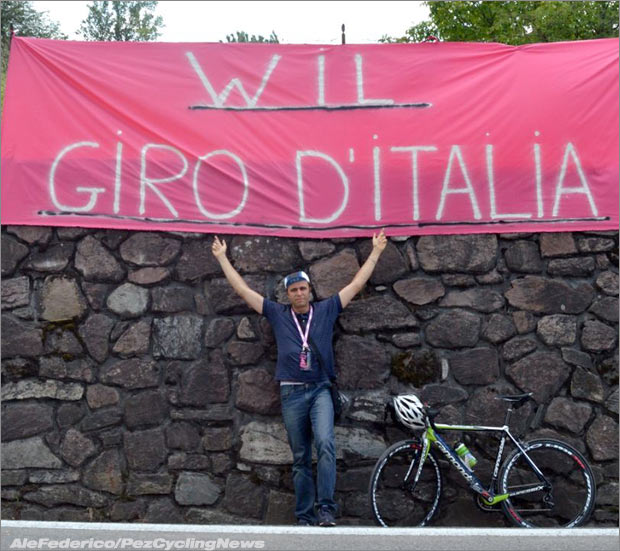 It’s a secret – I didn’t tell anybody – but during these day I fantasized me and my son together at Giro, hoping in that special understanding that may exist between father and son. Now that the mountain shadows are longer I don’t feel more part of the game and I want go home. Tomorrow, at the end, everything will be back to normal. Or not?

Thanks for reading – and keep it dialed to PEZ for the final week as Steve & Julia take over our roadside duties through the Dolomites to Trieste. Tomorrow will be more commentary from lee Rodgers, and all the latest team & rider news in EuroTrash.