Pro Analysis: After three wet stages in Ireland Lee Rodgers has a look at what’s happened so far, the crashes, the sprints, the parcours and ponders the question, Has Marcel Kittel taken Mark Cavendish’s crown as the best sprinter in the world?

Marcel! I had a whole article planned on a comparison between yourself and Mark Cavendish and how you might be good but that the Manxman is simply better because he is the best sprinter of all time, and then you go and win Stage 3 in that ridiculous manner.

And now I’m not so sure. The stage was desperately boring until that last 3km and especially the last 200m, when Kittel unlocked the power within and churned out a display that no one in the world (right now at least) could have lived with. It was just phenomenal, as great an effort as Cavendish’s on the Champs when he blew past Hushovd, although the venue might not have been quite as grand.

Ever wonder why there are no grand tours in this part of the world? Bet you don’t anymore, after witnessing three days of torrents. Three Days of De Panne? Three Days of De Luge would be a fitting epitaph for the Irish start to the 2014 Giro. 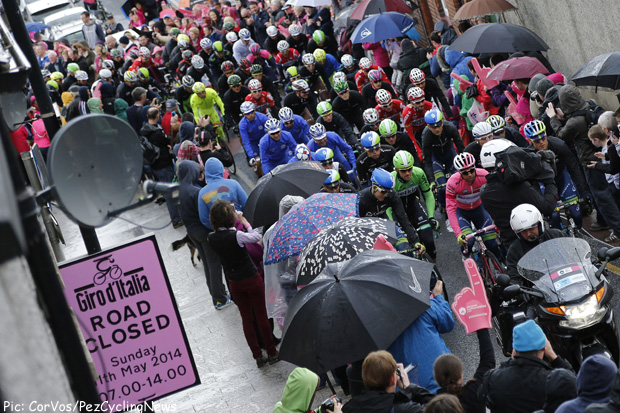 Back to Kittel though. His lead out team disintegrated in that last, dangerous kilometer (how there wasn’t a serious crash I do not know, that’s testament to great bike handling skills) and yet he proved he has the gumption to take care of himself very well indeed. Viviani’s Cannondale train were finally looking like more than cannon fodder and Ben Swift looked to have made a dangerous thrusting move off the front early on, but it was the big German who just wanted it more. 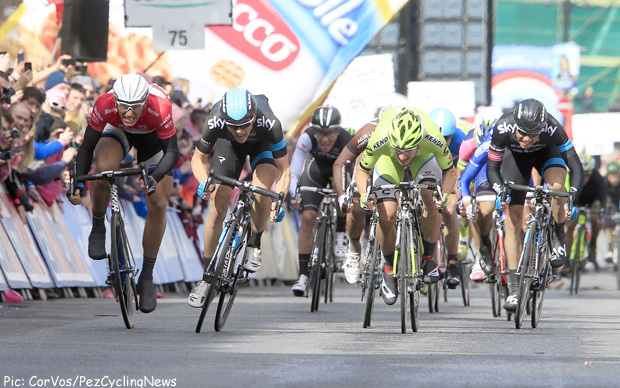 When the sprint was launched with Swift, I though we were in a head to head and then I saw Kittel come past,” Viviani said after the stage. “He came past at twice my speed. Like yesterday, in those last 150 metres, he’s intimidating. But we’re up there. Two sprints, two positions. We’ll try again in the next one, in Bari the day after tomorrow.”

I wonder sometimes, when I see the same non-winning sprinters’ trains bashing it out at the head of the race, if they might not, for once, try a different tactic. Maybe sit on the wheel that keeps beating you, for example? 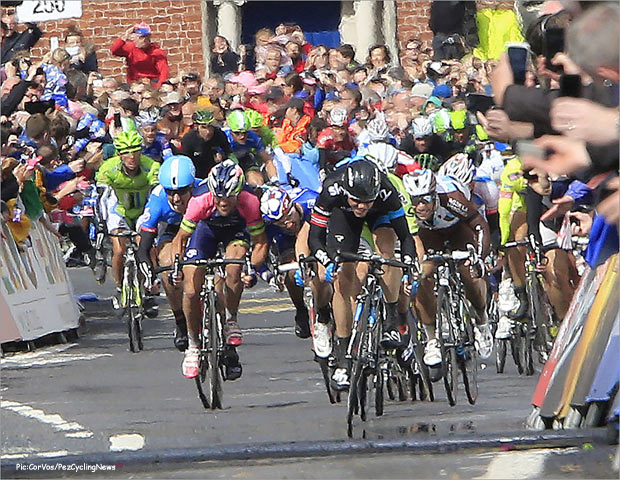 Viviani though let slip that he’s intimidated by Kittel. Maybe he is, but that’s not exactly a poker face there. Not betraying weakness is one of the first rules of road racing. Not that Kittel needs much encouragement at the moment in any case. His heaving torso at the end was reminiscent of Fabian Cancellara’s at the end of the 2013 edition of Paris-Roubaix. He rode above and beyond yesterday, sheer will driving him past Swift.

Cavendish is better placed than anyone to know what that win meant, and it’s this: Kittel is becoming more than the sum of his parts. If he can win in a finish like yesterday’s, bereft of a lead out on a run-in that suited smaller men, he can win anywhere.

It may well be that right now Kittel is better than Cavendish, though without several head-to-heads it is hard to measure, and it may be that Kittel usurps Cavendish from now on in. However, there is no doubt that the Englishman is already established as the best sprinter of all time, and that is something I can’t see changing for many a moon, if ever.

Kittel is unlike most sprinters in that he actually seems quite likeable. If he wants to become a true great, he may have to brush up on his a*****e factor… 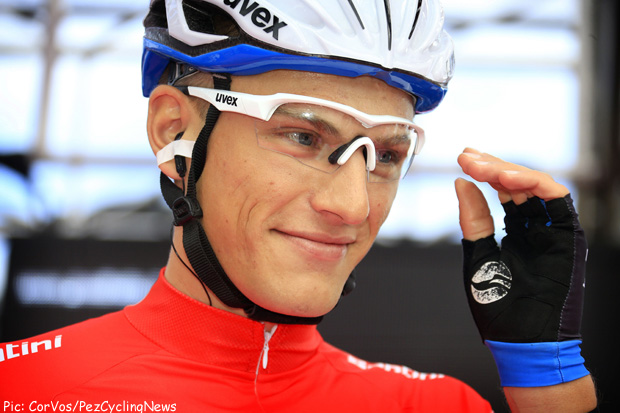 I watched the vast majority of yesterday’s stage in a state near to despair, and that wasn’t just because I was also watching my beloved Liverpool Football Club lose the Premier League title to Manchester City on the other screen. No, it was because the stage was so dull. Apart from Daniel Martin’s comedic effort to bring some levity to the Irish Affair, it has been a pretty tedious three days of action.

It’s not often that the team time trial beats out the opening two road race stages but in this case, apart from Kittel’s late magnificence, that’s what has happened. If anyone knows anything about Ireland apart from the fact that Guinness flows from household taps for free and that that explains leprechauns, it’s that Ireland has some absolutely fantastic cycling roads.

There are hills there that are no longer than a kilometer that can break up a peloton in as long as it takes to say ‘What are Yellow-Fluo doing here?’.

I do feel that if you’re taking the race outside of its home nation then there exists a responsibility to entertain by selecting a route that brings out the best in the peloton and highlights the host nation’s landscape. Sure, the weather didn’t help a lot but there are far more interesting routes available all over the island.

Back to that question: What are Yellow-Fluo doing here?

I’m all for keeping sponsors in the sport and for giving unsullied riders on teams that have had dopers a chance, but I think this sends out the wrong message, to have Yellow-Fluo back so soon. If Scinta or anyone else in the management couldn’t instill the ethics of the team on each and every rider then they deserve a year out of the big races. The same should go for ProTour teams too. As it is we still have a culture that lays the blame for a positive pretty much solely at the feet of the offending rider, and yet we know from experience that it is much more complicated than that.

Before I leave you for sunnier climes (and anywhere has to be sunnier than Ireland at the moment), a word on Dan Martin. I’m not saying he’s dodgy, these things do happen, but you can bet that next time he’s in the peloton, there’ll be a nice open space behind him.

See you in Italy!