Travel: Warm weather cycling in the dead of winter is not nearly as far away as you might think. The Caribbean isle of Guadeloupe offers up excellent roads, laid back hospitality, and sunny days. Chris Gutowsky of VéloSport Vacations knows it well…

Sick of cold, slush and indoor workouts? Consider escaping to the unknown cycling paradise of the Caribbean: Guadeloupe island. 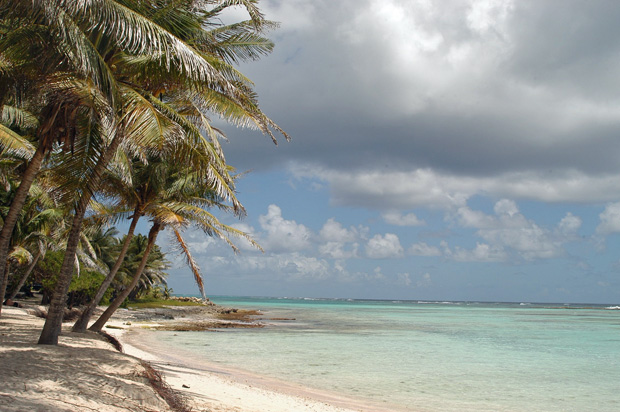 Besides the unvarying beautiful climate, there’s only an hour’s time difference from the eastern U.S., which means no jet lag the first morning. And from the U.S. East Coast, you can catch the first morning flight and be riding your bike on the tropical French island late that afternoon.

I recently headed there from the U.S Midwest, so it was a full day of travel. I got on the plane with morning temperatures around 10 degrees (F), taking off above fields buried in white stuff. Stepping off the plane at Guadeloupe’s main airport in Point-à-Pitre, I took a deep breath of tropical-scented evening air. And smiled. At 72 (F), it was warm enough to raise a sweat as I strolled into the terminal. 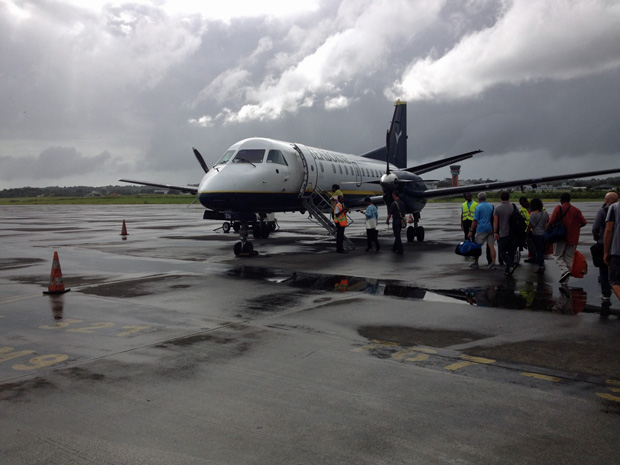 It had been six years since my last visit, but the unique mix of island life and cycling passion is as striking as ever. Road cycling is not just popular in Guadeloupe; it’s the #1 sport.

My first morning out, I saw small groups of riders every few minutes. Later, while driving to a late-afternoon meeting, the roads were flooded with a mix of casual and more serious riders. Some of the club groups had their own island-style team cars following. And this was “off-season” – the annual Tour de la Guadeloupe isn’t until August. The ever-popular Tour, by the way, has been held continuously since 1948. 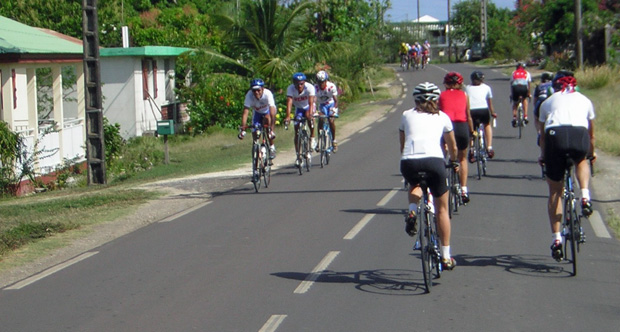 Struggling up a hill as my body tried to adjust to the first-ride heat, I was happy to hear shouts of encouragement from a nearby front porch. “Ah-pwi-eh,” more or less; it’s a bit of a French-Creole joke mixing the expression “on foot” with the verb “to push.” You hear this and similar shouts everywhere, accompanied by nothing but smiles from both roadside fans and motorists.

While rolling easily on flatter roads heading back, I chatted with a few locals who you’d swear were the friendliest cyclists ever. But the islanders are all like that; open, friendly, just happy to be out and meet a rider from who knows where. 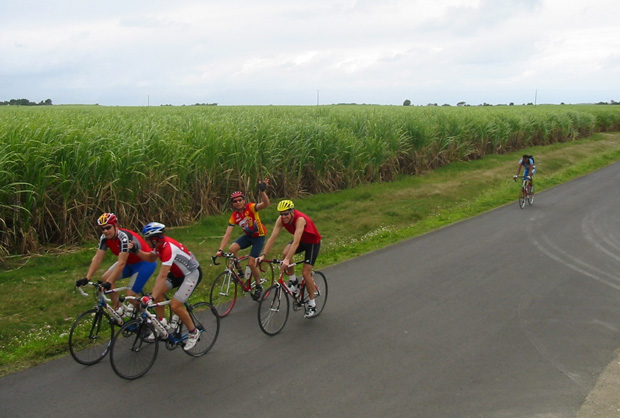 My 2nd day on the island, I met with Michelle, my host resort’s director of sales, who is not a cyclist. But after seeing Guadeloupe’s home tour a few years ago, she was drawn in by the enthusiasm. “I used to think it was just about traffic problems. But the island shuts down completely and you see kids out there on the roadside all day, families, and all the enthusiasm. It’s impossible not to like it.”

Besides major resorts like Michelle’s (Pierre & Vacances), the island has every type of accommodation you can imagine. You can make yourself at home at a French-style gîte, rent a bungalow, or relax at a luxurious hotel with private beach. 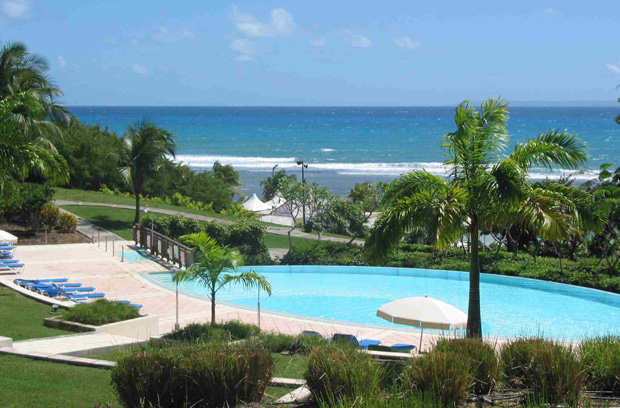 “The whole level of tourism infrastructure has been steadily improving,” Michelle told me. “We’ve completely renovated here and I’ve seen a lot of upgrading elsewhere over the last few years.” She also mentioned the steady influx of cyclists, mostly from Canada or, of course, France.

I also met with Philibert Moueza, the President of the Guadeloupe cycling federation. His view is that they just need to tap the local cycling passion a bit more. “We’ve already had several riders at the Tour de France level with Réza [Kevin], Géne [Yohann] and Martias [Rony]. If we can build on that, I think we can reach a whole new level.”

Since the island is literally part of France, tax dollars flow in to support the public and agricultural infrastructure. Most importantly for a cyclist, this means you find small, well-paved farm roads connecting everything. 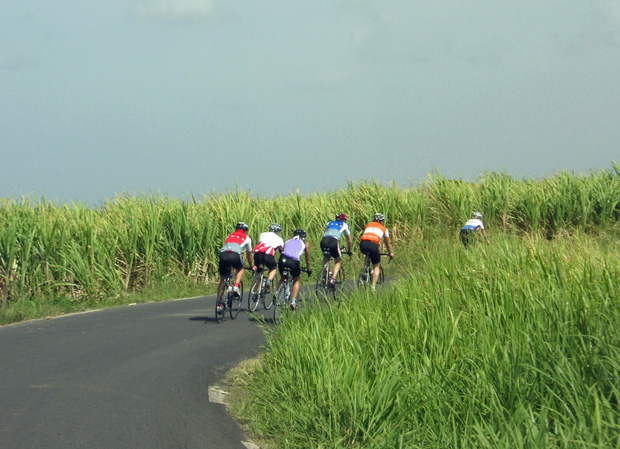 The total area is over 600 square miles (1600+ square kilometers) with more than 600 miles of paved (1000+ kilometers) of catalogued national and county roads. Known as the “butterfly” island for it’s two distinct wing-shaped halves, Guadeloupe is divided by a marshy river known as the Rivière Salée.

The Basse Terre half is mountainous, with fewer roads and more challenging terrain. It houses a still-active volcano, La Soufrière (4812FT/1467M), which is the highest point in the eastern Caribbean (Lesser Antilles to some). There’s a dead-end paved road up one side, with the latter part reaching high into the misty rain forest. Grades reach 20+ percent and, with mossy sections of concrete, can be practically unrideable – just in case you needed a challenge. 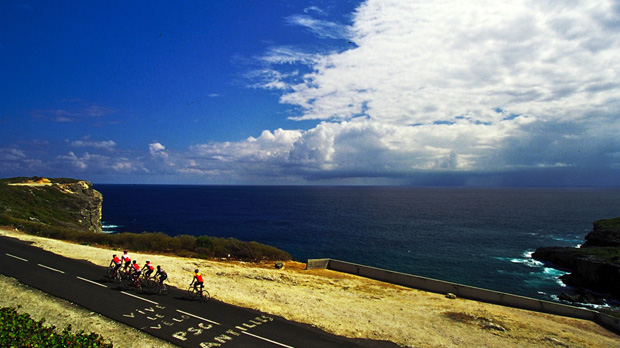 Non-volcanic, the Grande Terre side has more roads, and centers around the seriously rolling forested hills of the Grands Fonds. Reaching to the north and east are the flatter plains, covered by bright green fields of cane. And you can trace much of the perimeter on breezy coastal stretches, with spectacular views over the Atlantic and Caribbean waters.

The wide variety of outdoor and other activities make Guadeloupe an ideal destination for cyclists to bring family and friends. You can practice just about any board sport related to water and there are numerous well-indicated surf spots. For those into recreating underwater, there’s a 74,000 acre Jacques Cousteau park just off Basse Terre. 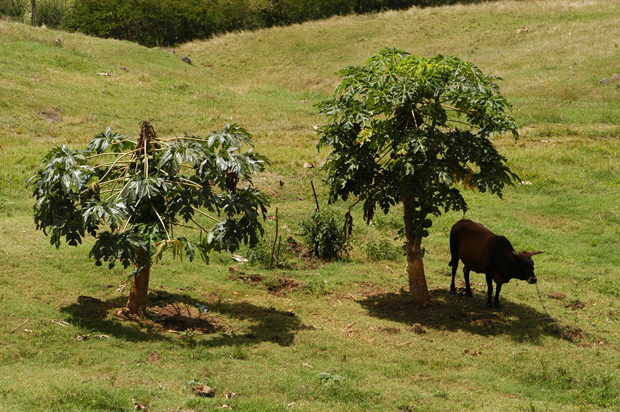 All in all, Guadeloupe is a fabulous place to relax and enjoy a break from the cold and snow. And for passionate cyclists, it’s a unique destination that should be enjoyed at least once in a lifetime. 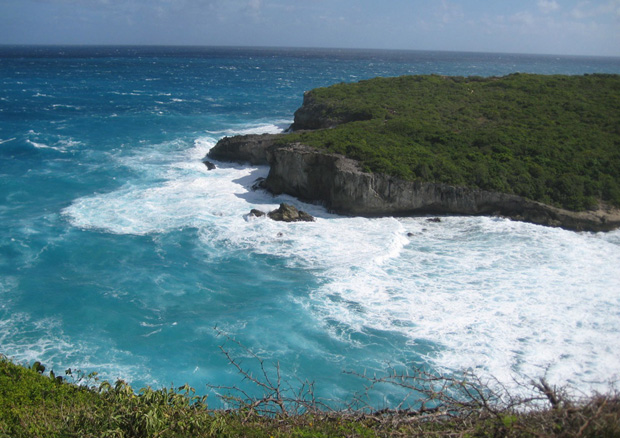 Chris Gutowsky consults on program development for VéloSport Vacations, the only U.S.-based company that offers planned programs on the island of Guadeloupe. For 2014, guests may chose any arrival or departure dates between March 15-30, with a 7-night minimum stay required. Other dates are possible for private groups. More general information may be found on the Guadeloupe Islands Tourist board website.
Like PEZ? Why not subscribe to our weekly newsletter to receive updates and reminders on what's cool in road cycling?