How To Win Milano-Sanremo, By Fausto Coppi

In 1946, in his first major race after spending most of World War 2 in a British prison camp, Fausto Coppi set out to win Milano-Sanremo. To do so, he took – for the time – three unconventional steps.

Step 1: Ignore Tradition
The traditional approach for many professional riders is to use racing for training. Turn up at the first training camp with a 1,000 easy miles in your legs, then ease into the early season races and let the gradual swell of the racing calendar take care of building the high-end form. That way, a decent winter break could be taken. And those easy miles were always done in the small chainring.

In his training manual, Greg LeMond – perhaps unfairly – singled out the Italian riders of his era for particular criticism. “The Italians always take two months off their bikes,” he said. “They put them in the basement and never touch them for the entire winter.” LeMond went on to say that no wonder they had to start with small gears when they got back into training. 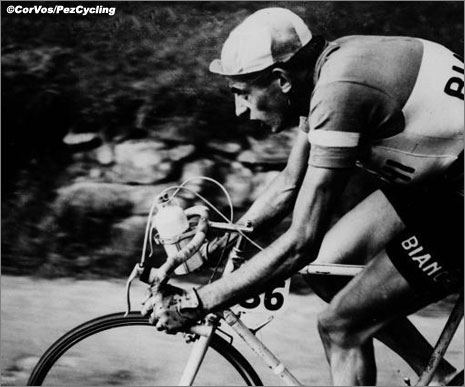 In LeMond’s day, and even well before his time, such a break was understandable. The racing season ran late and stretched into the fall months; there were no early season races in Australia or Oman. And without six-figure salaries even for top domestiques, as there is today, professionals had to maximize their days racing to keep their earnings topped up. In the 1970s, Eddy Merckx averaged 180-190 days of racing per year. Winter was a good time to take a decent break from the bike and there would be plenty of race days to sharpen one’s form.

In preparation for Milano-Sanremo in 1946, however, Coppi decided to ignore tradition and to train specifically throughout the winter to win the race. When he arrived at the start line, on March 19th, he was already in terrific shape and ready for an exploit that would be one for the history books. 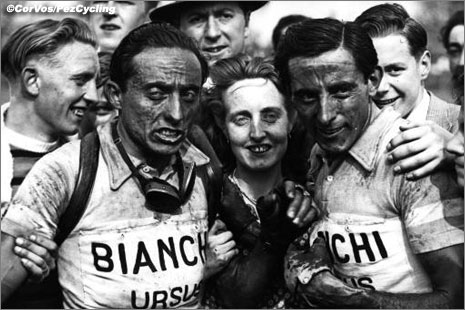 Step 2: Train Smarter
We like to think of this idea of ‘peaking’, of targeting individual events, maybe only one or two in a season, and doing specific training in preparation as a modern development in training. But this was Coppi’s approach for Milano-Sanremo. As well, he spent much time perfecting his diet, paying attention to hydration, and focusing on all the minor details in his training that could make a difference. As such, he was ahead of his time. (In fairness, he was also up-to-date with the latest doping techniques being used in those days.) 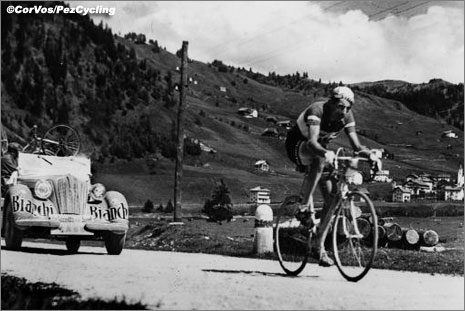 Coppi’s preparation was very focused. It was an important comeback for him, for the years lost by the war. He was determined to make his mark and the intensity of his training reflected the singular attention he was giving this race. By race day he had completed 7,000 kilometres since the start of the year. After three weeks of light work, distances had jumped to 250 kilometres per ride in preparation for the nearly 300 kilometres of the race route.

But instead of simply focusing on getting the miles in his legs, Coppi wanted to be sure that he was ready for race conditions. So in the last two weeks, the speed work started; Coppi would ride solo for 150 kilometres before meeting up with a group of amateur riders who would attack him constantly for the 100 kilometres remaining on the ride, simulating racing conditions. Needless to say, this sort of intensity was literally the icing on the cake of the base training he had already done.

Step 3: Confound the Opposition
The exact route for Milano-Sanremo has changed over the years. The organizers have progressively added more climbs to try to give more opportunities to breakaways and to make it less likely that the race will end in a large bunch sprint. The Poggio climb was introduced in 1960, the Cipressa in 1982, and Le Manie in 2008. Despite these efforts, there have still been plenty of bunch sprints, although there is now often much more of a selection. Those big, fast-twitch sprinters still manage to get over the climbs just fine, although there is plenty of drama as some favourites get dropped off the back. 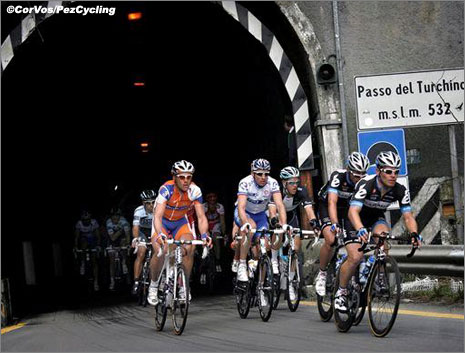 In Coppi’s day, without the short and sharp ascents closer to the finish, the decisive climb was the Passo del Turchino, around 140 kilometres from Milano. The road climbs over the coastal mountains from the plain of the River Po and then turns along the coast towards Sanremo. It is a long, gradual climb, peaking out at just 500 metres and is still a long, long way from the finish. Still, it was an opportunity for a selection to be made.

By conventional wisdom, Coppi attacked too early, going with the early breakaways some 40 kilometres from the top of the Turchino. One can imagine the knowing nods in the peloton: ah, the folly of youth, attacking too soon. Yet they would not see him again until the finish. Coppi left the last of his breakaway companions behind on the Turchino itself. The last of them, Lucien Teisseire, looked down to change gears and when he looked up Coppi was gone. 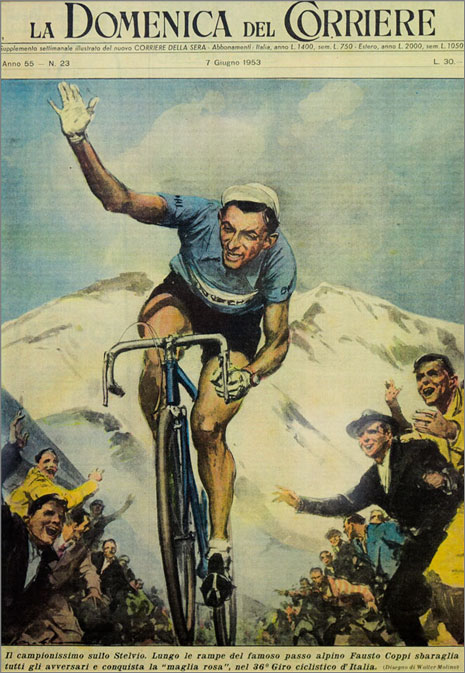 Over the top of the pass, Coppi still had some 140-odd kilometres to ride. And with his fine form he completed this alone, arriving in Sanremo 14 minutes ahead of second place. An utterly demoralized Gino Bartali, the race winner in 1939 and 1940 and whose rivalry with Coppi would become the stuff of legend, was 24 minutes back. Coppi was simply too good; he had chanced his legs with his early attack but had the form to pull it off.

Coppi would go on to win the Giro d’Italia in 1946, as well as the Giro di Lombardia, showing that he could still win races across the whole season. His rivalry with Gino Bartali at Milano-Sanremo would continue in subsequent years. Bartali got his revenge in the 1947 re-match; Coppi won in 1948 and 1949; then Bartali won again in 1950 before Louison Bobet became in 1951 the first French rider to win the race since Henri Pйlissier in 1912. 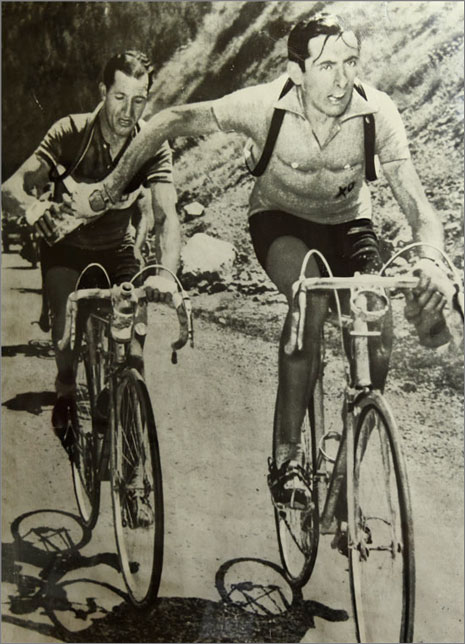 Coppi and Bartali share a drink. Yeah, that famous moment.

For Coppi’s win in 1946, though, one can imagine that the commentators were nearly lost for words. They will have plenty to say this year – the magnitude of Coppi’s victory was a one-off and it is safe to say the winning margin this year will not be 14 minutes!