In Japan With The Badger!

Just 24 hours after the 2014 Tour presentation in Paris, race director Jean-Francois Pescheux and a number of Tour stars landed in Tokyo for the Tour presentation number two but it was the Badger, Bernard Hinault who stole the show. Pez-Fan Graham Davis was there to see it first-hand.

The Tour seems baffled by technology. A team bus getting stuck on the finish line? You couldn`t make it up. Tonight though it is IT which is the problem. As race director Jean-Francois Pescheux starts to explain the concept of the route for 2014, the accompanying video splutters and spits and slows. And the French/ Japanese interpretation is not much better. 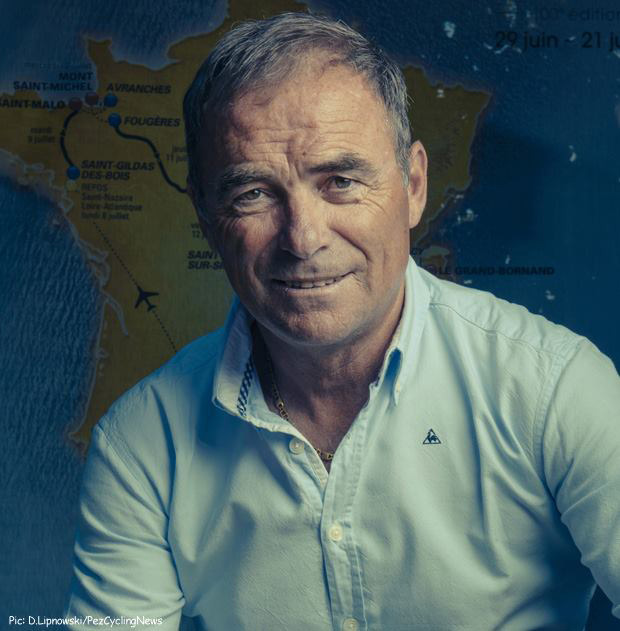 But help is at hand. The badger leaps to his feet and as Pescheux starts to explain his vision, the great rider points excitedly at the route map behind him and the room starts to smell competition. Just 24 hours after the route is announced in Paris, Hinault, Pescheux and others, including great French hope Romain Bardet and popular Japanese rider Yukiya Arashiro are at an evening event held at the French embassy in Tokyo, all here to support a Tour spin off event in the neighbouring city of Saitama on Saturday. 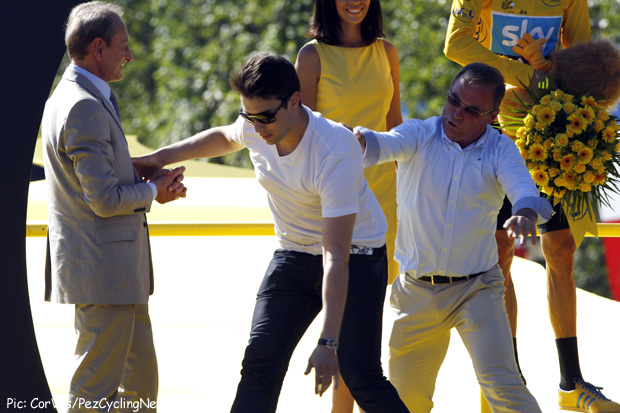 When the Badger leaps to his feet somebody else normally gets knocked down! Here Hinault knocks an intruder off the stage on the Champs Elysees in 2012 – not the first time that he has played bodyguard to great effect.

So what of 2014? There`s a different theme to 2013 of course. The 100th edition took place entirely in France. The world was stunned by the beauty of Corsica; and probably equally amazed that the race had never deigned to visit there before. In 2014, the first week is about impact, according to Pescheux. There`s actually a Belgian theme too – despite the UK start. Pescheux sees stage 2 as being a UK version of Liege-Bastogne-Liege; and then stage 5 and the Pave. Such a structure has its price – the team time trial, which can only take place when teams are at full strength in week one, is sacrificed for the planned spectacle. A team time trial over Pave – it wouldn`t really be fair to the riders, although spectators would undoubtedly love it.

Then there`s the Vosges and Champagne, for which Pescheux has high expectations, with four difficult stages. With the Badger leaping around the room plotting the clockwise route now through the Alps, across to the Pyrenees and then the time trial on the penultimate day, Pescheux and his animated sidekick bring 2014 to life.

But will it work? Does the need to accommodate so much history, so much tourist promotion, such logistical challenges, so much money – does it create a race? Bernard Hinault provides an insight through an anecdote about how he and Greg LeMond played with and broke Urs Zimmerman in 1986. Not for Hinault then an unbridled attack up the Galibier or Alpe d`Huez. No, as he says “you can win on the descents” – or as he tells us “the pleasure of the race”. He`s being a bit oblique here, and is using an anecdote to tell us something. And as he continues, it becomes a bit clearer what he wants – he wants people to race, to try, to compete, to attack. As he says, it should be a game, with competition and a sense of pleasure.

The conversation turns to the Pave. Actually, Hinault`s advice to the 2 current competitors sharing the stage is just to survive the day. Arashiro is clear that that is his objective too – to bring his team leader safely through. Hinault, reminded by a question of his verdict on Paris Roubaix as a “nonsense”, makes the point that a lot of riders don`t have the skill for the Pave. He personally didn`t like it because of the risk, hence his advice to just get through it. But ever the competitor, he can`t help reminding us that in 1980 he won the stage on the Pave, although he later retired injured from the race. 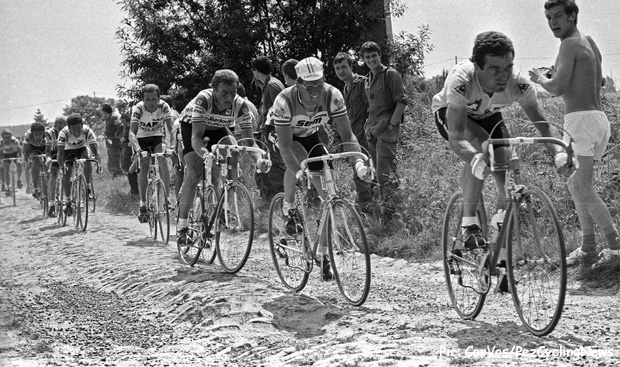 Hinault leading the peloton on the cobbles in Le Tour.

That might be the message for tonight. The tour is a mighty commercial enterprise, and a huge logistical undertaking. We`ve heard about that at the beginning of the programme. But ultimately, it is a race. The planners can come up with a route, tinkering away with location and distance and height and formats. But unless there is competition and spirit from the riders, we won`t have a race, rather a procession of robots on superb equipment and superbly managed to avoid all risk and do largely what their team bosses tell them. But just as the badger has overridden the technology failings tonight, maybe he wants the same human spirit in the tour as well. And that would be a fine thing. Let`s race. 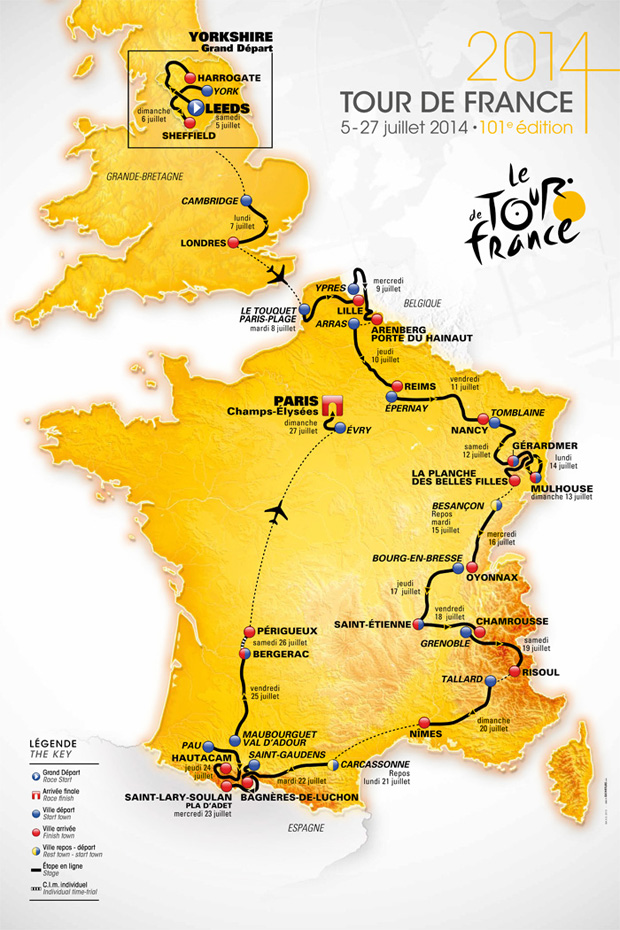