There are a so many vendors (and we love em all) and so little space here, but we thought we might toss out a few stops we’ll be making…

Feet come in so damn many shapes and sizes that it’s HIGH time there was a custom foot bed maker that would craft something from materials that would actually provide real support (instead of doing the little or nothing that most soft inserts do…) These guys scan your foot, using a really cool machine with lasers inside and smart people outside, then craft a bed using materials specific for the sport or activity you’ll need them for. Do not miss David Zabriskie, Big GEORGE and the working guys at Foot Fitting in booth 241… 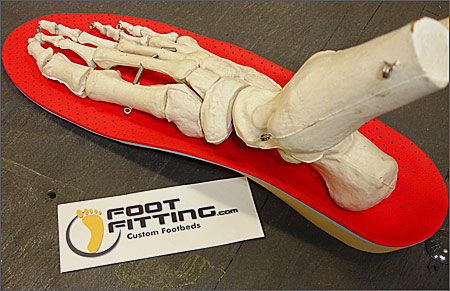 What better to clip in to with your custom beds than a custom bike?

Seven Cycles land with their new custom Carbon this year and the Bean Town builders look to utilize the best material in cycling to its fullest with their new diamond delight. No worries as they still build in cycling’s more traditional shapes and materials, but having them decide to put thought into pushing the design possibilities with carbon will have me needing a towel to soak up the slobber during our sit down with them in booth 4351. 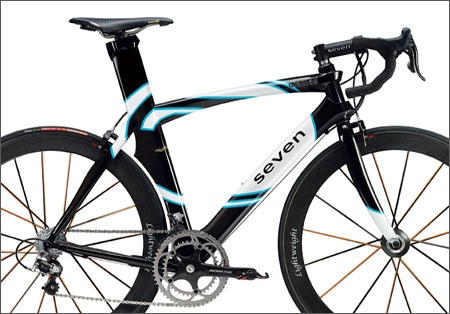 And right when my towel is soaked through, I’ll have to borrow Richard’s as we’ll be seeing the more traditional look in full custom carbon from Ben’s Boys at Serotta. The Meivici will probably be the single most expensive frame at the show and we understand that pictures don’t do it justice. That’s frightening, as its silly sweet on film. They’ll be at booth 6207 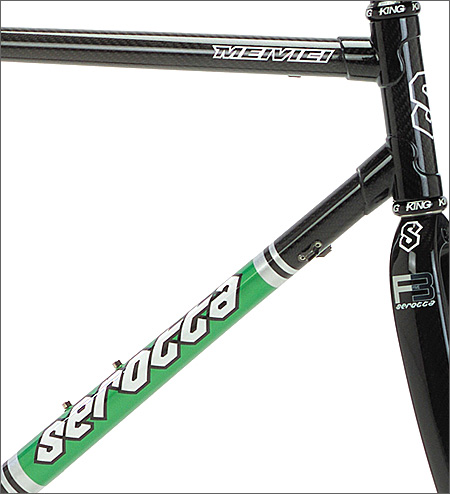 To stay dry from all the slobber, we might try hitting up Gita’s booths first off. They’ll have stuff from Merckx (stuff includes Eddy actually…) and Pinarello and Opera as well as others. They’ll also have their new Silver Line Kit on display. This stuff wicks moisture faster than, uh… other fast things. They’ll no doubt have lots of cool Italian styling, but why not? They have the “Moxie” to pull it off… Booth 2765-2775 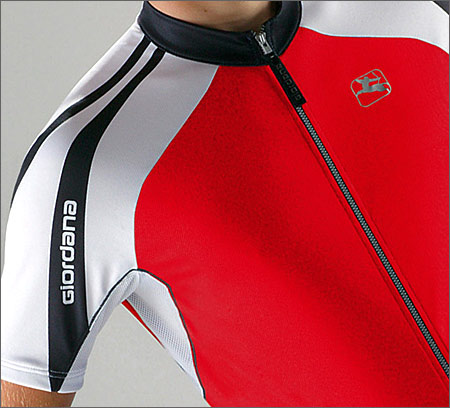 Of course you can’t use the word “Italian” without thinking about Colnago and Trialtir will be back with another slew of slickness. Massimo’s Mafia will sport Ernesto’s dream bikes as usual and step up to the plate with a new helmet line, Northwave shoes and Biemme Kit that let them also give you a head to toe coating of Cyclo-Bling. booths 3037-3041 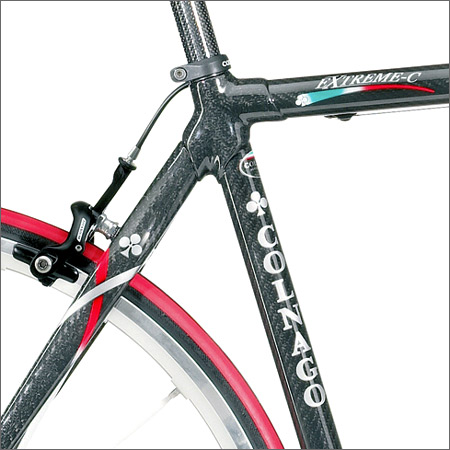 Albabici will also be on hand with great shoes from Nailini, some of the coolest shades on the planet in ZeroRH, some of the best bike and wheel cases around from SciCon and of corsa the super sweets from De Rosa. You can speak with them at booth 2819 – 2825 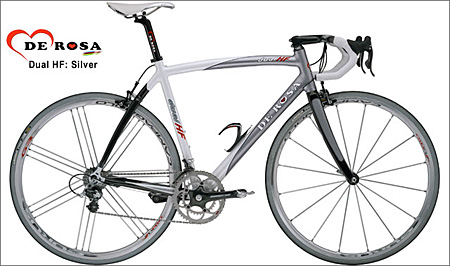 If it’s a patriotic punishment you want to dish out, you might best be served a helping of American Pie atZipp. They hit with a new 303, an insane combination of weight and stiffness in their new cranks (bout damn time!) and a brand new set of bars that have also gone on a diet while staying stiff… Check the new ZSL’S out (yep we already have ’em tested…) at booth 4781. 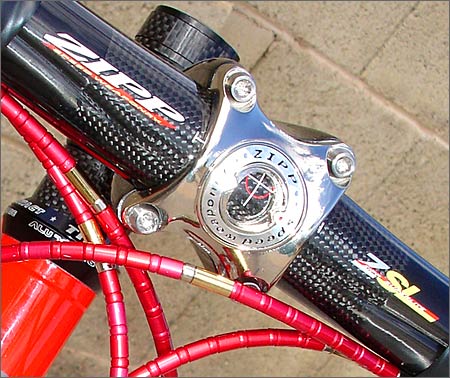 FSA also wave the flag and will feature wheels, bars, cranks and stars… No word if Damiano will be in the house, but stopping by FSA can get you a look at cool people as well as gear booth 3437, and pucker up… 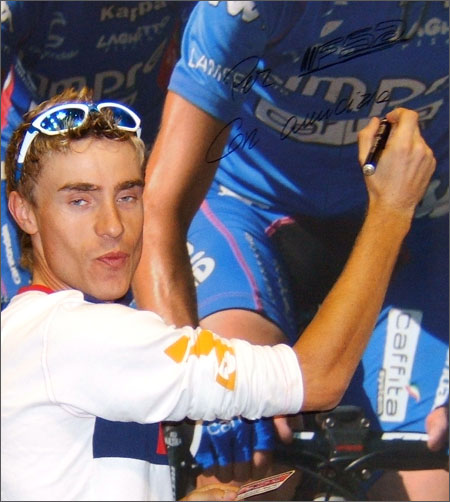 Upland Sports might have a set of DMT shoes that you can fit your new foot beds in to. The photo is of their $189.00 shoe that strangely enough has the same features as lots of $289.00 shoes… They also carefully cover our carcass here at Pez as our team kit is from Bergamo, another Upland line along with the new Capo gear. You can find them at booth 859 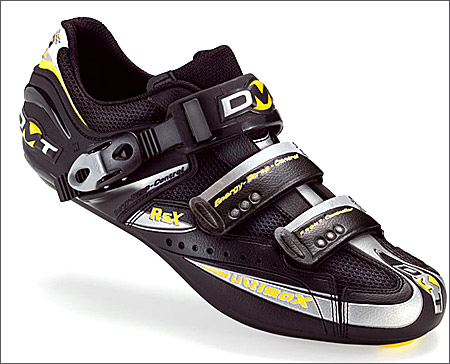 One set of wheels with a buzz are those from Fulcrum. The folks at Velimpex can show you the in’s, out’s and around’s with Fulcrum and can also help you have a seat with Selle San Marco and a few other treats. 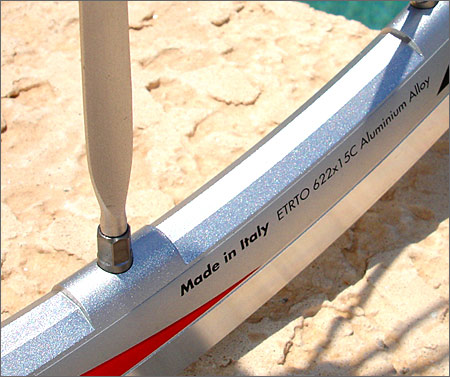 If it’s tread you’re after, stroll over to Bike Mine. In fact, you’ll find a slew of gear there as they are one of the larger distributors of products including the new Conti GP 4000 (photo below) using a new material in place of the old standard Kevlar. Too much to list, but they are a top stop at booth 2757-2749. 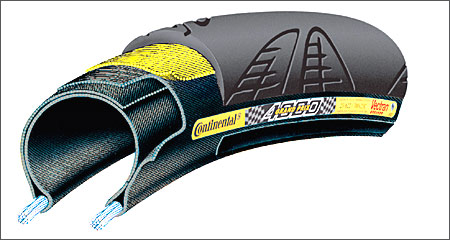 Also among the Heavily Gifted is the Massive QBP. They have super brands like BMC and Lazer (including the new blade shown). They also have a catalogue of other products that make them a huge resource to retailers looking for a one stop solution. You can check out their show all over the place but they are officially in booth 563 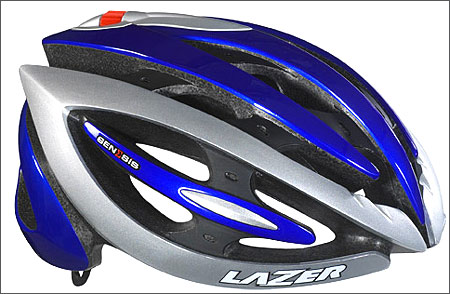 Hiding out in a crowd will be the guys from Cycling Innovations. They bring you tuner parts from TISO that are just too damn hot. The new front mech (shown) takes 20% off the weight of a new Campy front for instance… No word yet on where to catch em, but you’ll see their parts on some of the weight weenie bikes at the show… 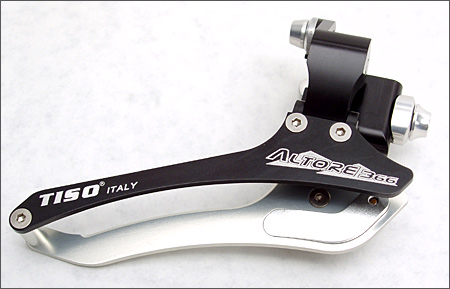 Busting out of the crowd are the guys at Scott Bicycles. The have the bike that we get the single most amount of questions about in their CR1 and they aim to light it up again in 06 with the new TT Rig. No word on this one yet, but Scott have found a way to panic at least one big bike company into not wanting to compete head to head… Go see why at booth 2025 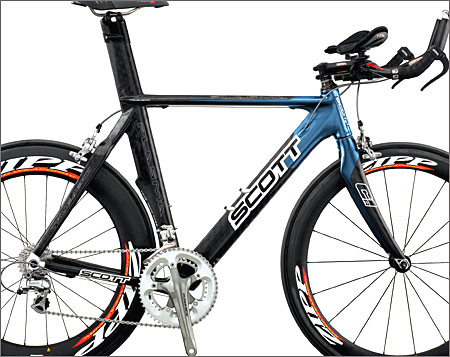 Another up and comer might be the guys at Seigler Imports and their CSK line. We love em as they make no bones about their Asian roots and simply go about putting out a hell of a bike at EXTREMELY good prices… You can give them a shout at booth 6019 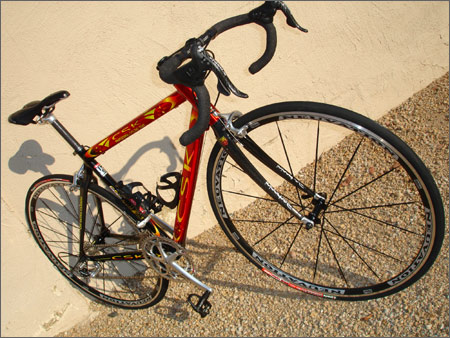 Back to the Big Leagues, Veltec Sports are always rolling with top flight brands like Look Bicycles and parts, Easton gear, Enervit supplements and Sidi shoes. They are impossible to miss and I am looking forward to the new Keo pedals and a couple new things from Easton. I also wouldn’t mind getting a leg over their new Track and TT terrors… booth 1351 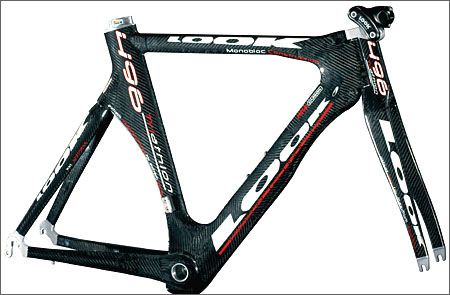 So place your bets on who might take home the prizes from Vegas this year… This all gets cracking next week. And wish us luck, as people like us should not be allowed around alcohol, gambling and prosti, er, bike schwag without our better halves to control the cash.

Tour of Courage ’05: The PEZ Report