The Tour of Flanders appeared to be so utterly played out to precision by Fabian Cancellara that the religious amongst us might have deemed it evidence of a divine intervention. Paris-Roubaix offered up a good old-fashioned battle of the wills between Spartacus, once again, and the plucky Sep Vanmarcke.

Sunday’s Amstel Gold, however, was nothing short of two-wheeled chaos. Brilliant, compelling and just a joy to observe, deep at its core it was chaos nonetheless. Last week I described Amstel as the ‘street corner hooligan’ of the classics, and true to form it kicked in a few heads, cracked a collar bone and stomped on some dreams yesterday. Amongst those left winded by the violence were Thomas Voeckler, Joaquim Rodriguez and Peter Sagan, the Great White Hope of all Hopes, who trundled in way down on the eventual winner, the fella who surprised even himself by claiming the victory, Roman Kreuziger. 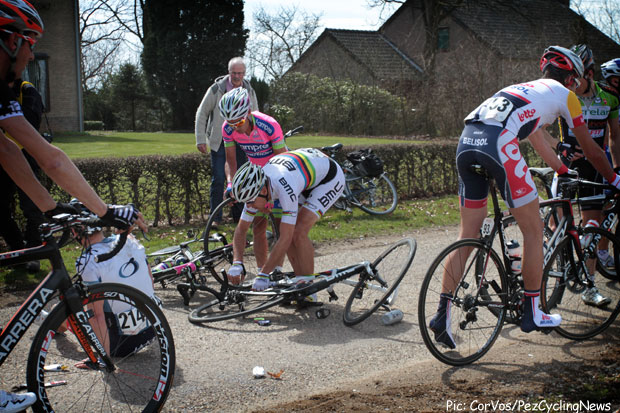 Voeckler and Rodriguez went down in crashes, with the Frenchman at first being reported to have broken his leg (odd how seldom that happens), a report later updated to a fractured collar bone, a much less damaging injury. Rodriguez looked like he hit the mud by the grass verge and down he went to be left clutching the back of his leg with a suspected pulled muscle.

But that’s Amstel. It’s like one of those old video games that had spaceships hurling out missiles seemingly willy-nilly in patterns so random and heavy that only the most dexterous could navigate a safe passage through. Amstel is classified by many a pro as the world’s most dangerous race and you can see why, with more furniture on it than your average Ikea shop floor and lanes that suddenly squeeze down to no more than a single car’s width, forcing the peloton to string out to a good 500m in length.

This race demands of its participants not just good legs for the interminable series of hills along its route but also top-notch bike handling skills. Friends I watched the race with gasped and squealed when riders hopped off-road to get on bike paths then rejoined the peloton seamlessly at speeds of up to 50km.hr. Crash here and you’re in big trouble, and even favorites like Philippe Gilbert, once downed, had no support from teammates to get back on. Poor Philippe, he’s up near the front and supposedly safe when bang, he’s down and awaiting a new bike. To compound matters, amongst the rag-tag dudes he is with trying to get back on is Andy Schleck, who at the moment is about as useful as a eunuch at an orgy. 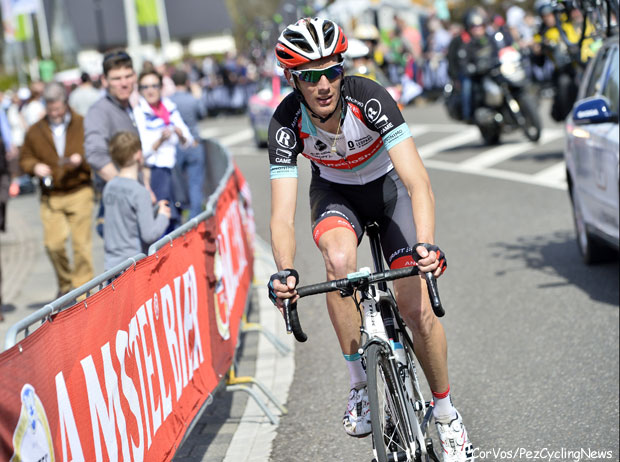 That’s right, the fella has lost his balls. As Gilbert finally got back on, and looked ok, just at the back of the shot was Andy, desperately clawing back the last 5 meters. He looked to have all the resistance of an empty plastic bag in a hurricane. Has the weight of expectation caused the current malaise? Or could it be Frank’s ban? Or his injury from last year? Probably a combo of the three, but whatever it is, he ain’t a pretty sight right now.

Speaking of expectation, a word on Van Summeren. The guy wins Paris-Roubaix in 2010, then seamlessly slots back into his position as team player without missing a beat. It all could quite easily have gone to his head but no, there he is at the front for many a mile, plugging away like the trusty domestique. Full respect to you, sir. 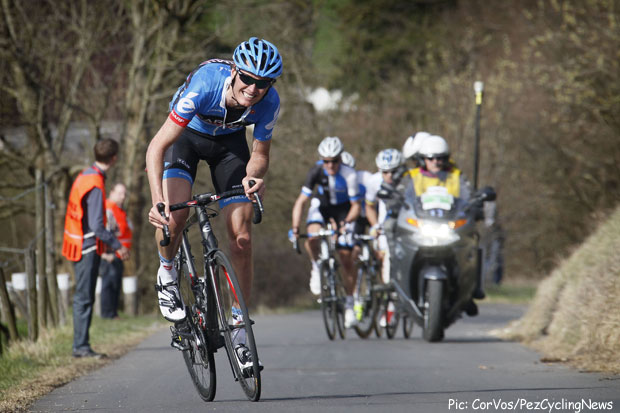 One rider, or maybe one team, that deserve a clip round the ear is Blanco. Not only do their kits suck (yes that is objective, but hey I’m writing here! Still, no one beats Lampre for Suckiest Kit of 2013 – pink, blue and green – whoah!), but their tactics after the crash were not very polite at all. 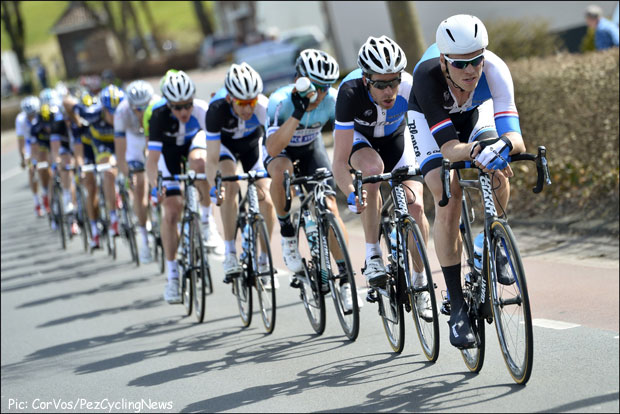 Lars Boom hit the front and started shifting, a move that many teams would have been rightfully unhappy at. Yes there were I think five Blanco guys up there but you don’t do that to anyone, never mind the World Champion. Did Gilbert’s chase cost him the race? Not really, no one was going to catch Kreuziger, not after they’d already screwed the pooch on the run-in. But it may have cost him a podium place, for sure.

I felt sorry for Astarloza though, who out in a cracking ride, one that would have been deemed brilliant had he held on until a few to go, and if Igor Anton could have produced something. As it was, he got caught, Kreuziger got away, and a combination or arrogance, tiredness and a lack of co-operation caused the chasing pack to wait just one kilometer too long before starting the chase.

And what happened to Sagan? Just a bad day I guess, and heaven knows he deserves one, he’s been flying for a while now. Shame though that he missed out on Roubaix to rest for this, maybe the rest was a little too long. Some riders need a break whilst others need to ride and keep riding.

Kreuziger’s win topped a sparkling race, a real barnstormer that has me already awaiting the 2014 Classics season with eagerness. Kreuziger had the microphone thrust in his face right after the win, and the first question was:

“You are the surprising winner, how does it feel?”

The cheek! But to his credit, he replied:

There was one other real highlight of the race but it didn’t happen on the road but in the commentary box, and that was the performance of former top pro Magnus Backstedt, on Eurosport. Insightful, enlightening and funny, he was really quite excellent and a joy to hear. More of him please! And more Amstels!

Lee Rodgers leads a double life as a pro racer on the UCI race circuit with the CCN Racing Team, competing in the UCI Asia Tour as well as some European events and the likes of the Tour of Qatar and Oman, rubbing shoulders with the best the WorldTour has to offer, whilst keeping up a day job as a cycling journalist. The highlight of his cycling career so far was winning the Singapore National Champs – road race and ITT – as well as claiming the Green Jersey at the 2.1 Tour de Taiwan in 2012, and naturally, writing for PEZ. His writing appears in several magazines and websites and you can catch up with him regularly on his blog, www.crankpunk.com.
Like PEZ? Why not subscribe to our weekly newsletter to receive updates and reminders on what's cool in road cycling?