The big news from Stage 4 of the Giro weren’t the boos that arose in the coffee shop where I watch the race when Danilo DiLuca took off up the road, but the look on Wiggo’s face as he crossed the line in Serra San Bruno, where he did a very good impression of a constipated turtle.

Well, the big news wasn’t so much the bunged-up reptile look, remarkable though it was, but the reason for that look: yes, Wiggo is misfiring.

Surely he and his DeathStar team have him honed to perfection, as tight as you like and ready to go off on another British Blitzkrieg once again, no? Well maybe not, but why not? Isn’t it obvious? He really does have a dark and sinister master plan: namely – Le Tour! 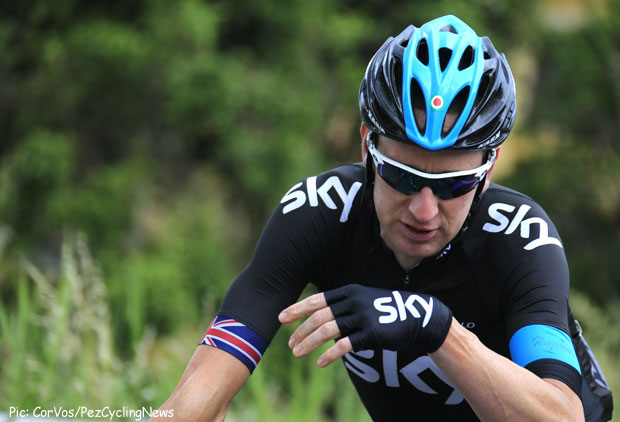 Look out gloomy Froomey, your tilt at the stars is about to be given a very definitive jolt. It’ll be Hinault vs. Lemond all over again, but in that peculiarly English way, all handbags at dawn, grand gestures reduced to the rolling of eyes and heavy tut-tuts, breaks for tea and all the painful stoicism.

But yes, no doubt about it: whereas Nibali, that Ryder fella and even – gasp – the aging, Cadel I-thought-he-was-dead? Evans are all chalking their cues and casting Paul Newman-style glances through the fug of the pool hall, Wiggo’s powder looks to be decidedly damp.

And I do think, seriously, that it’s because he is waiting for July. Maybe even he didn’t know it til yesterday. I think that his body may have become a little ‘locked in’, due to the fact that he’s been preparing for the Tour so hard for the past few years. Whatever it is, he didn’t lose time just because of the crash, but because he got gapped on a pretty tiny hill. Of course, he’ll probably smash the TT and get Pink and leave me all red-faced.

Now, is it just me or is anyone else tired of seeing this Old Guard still popping up? Yes, Di Luca served out his ban and yes by the laws in place he is allowed back, but I don’t know, seeing him and, if I’m honest, some of the Garmin-Sharp team rolling back in like nothing ever happened, it all leaves me a little nonplussed. 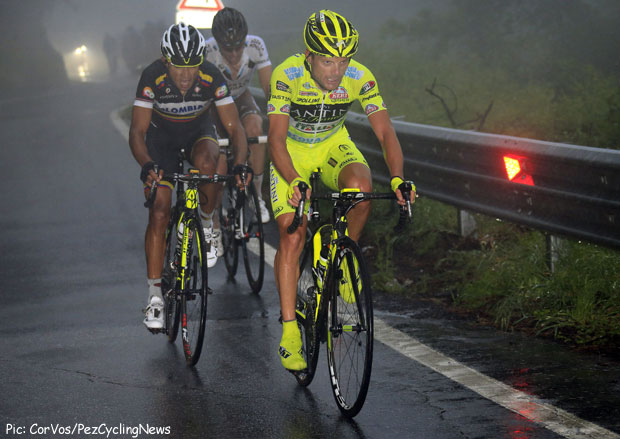 I’ll probably cop it for saying that, but there it is. Perhaps if the UCI were addressing all that has happened in a responsible and thorough manner, one that let the fans feel ‘Heck, they’re really doing something about it this time,’ it would seem a little less like ‘business as usual.’ As it stands it kind of feels like yesterday’s fish still out on the market stalls.

Onto Cadel! Not literally of course, not sure the old man could take it. Now as a journalist it is my job, as we journos are all sworn to do, to react to everything with a massive knee-jerk and to cut people down just as quickly as we build them up. So yes, I did write recently elsewhere in the Ethernet that I thought the grizzly wee Aussie was done in. Washed up. Ready for the glue factory. And then faster than an Aussie can down 24 beers whilst sat astride an emu (the record stands at 3.8 seconds), back up he pops and takes second on stage 3 and takes 6th on stage 4.

Evans should have that great Mark Twain quote stitched into his jersey: ‘Reports of my death are greatly exaggerated.’ 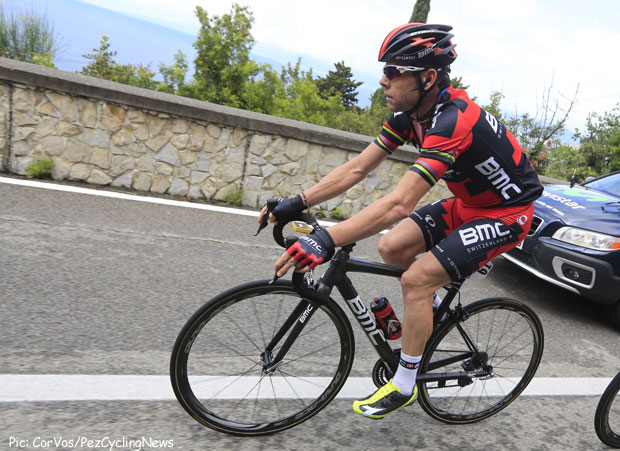 Suits him perfectly. Never write off a good man. Still a long way to go in the Giro, thankfully, because it’s been very good so far, and the wheels may come off for the former World Champ in those high hills, but it is great to see him doing well. He may not be the most liked character in the peloton but he is one of the most respected. Would be nice to see him in Pink for a bit.

A final note on Battaglin’s win. Great to see an Italian winning, that should keep the tifosi happy for, ooh, 4 minutes? 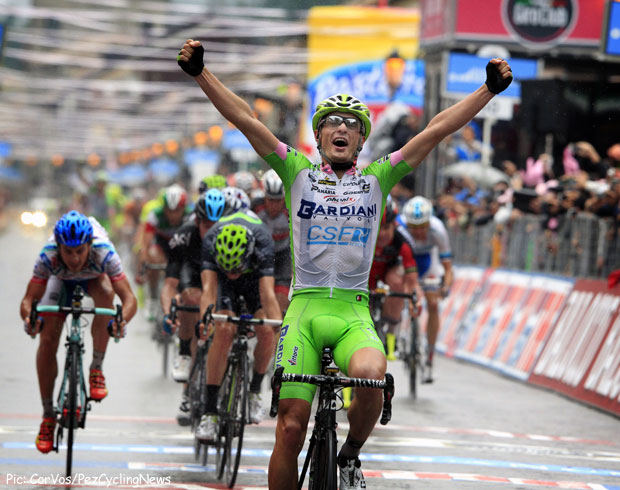 Could Nibali keep them quiet for a bit longer and grab the win? It would certainly be something to have another, serious rival to the Sky domination in the mix.