Amongst the great racing and spectacular scenery at the 2014 Tirreno Adriatco Lee Rodgers also managed to find some controversy as Alberto Contador burst back to his pre-suspension form with a dominating display in the hills. Here’s Lee’s take on what was a truly high class race this year.

Where to start and where to finish? That was a heck of a race, I’ll say that.

Kwiatkowski showed he still has a lot to learn and that he isn’t quite the climber he thought he was, Peter Sagan showed yet again he is just about all he and we thought he is (and maybe can be) and a certain Alberto Contador came back from the dead to shock the heck out of… well, me, for one.

I thought we were unlikely to see that kind of dominant ‘Conty’ performance ever again. He’d been looking jaded for some time and had lost that devastating turn of speed that was to brilliantly typical of him, pre-suspension, pre-Giro d’Italia 2011. You may remember that he won that, then lost it after he’d won it, retroactively being stripped of all his 2011 wins.

‘But wait,’ I hear you say, those non-au fait with the way this kooky sport works amongst us. ‘If he was busted in 2010 then why the heck was he still racing in 2011?’ Get googling and get comfortable, you may be in your seat for some time… 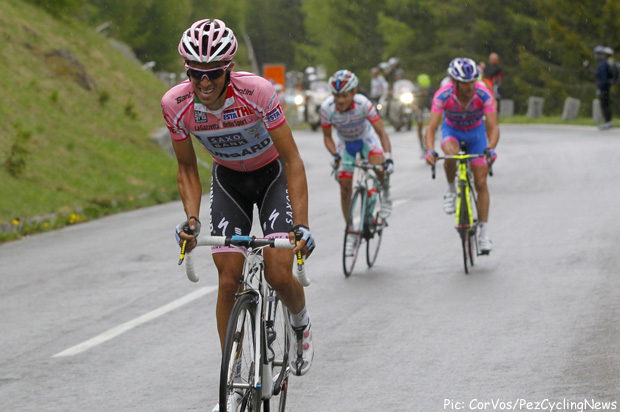 Contador outclimbing the world at the 2011 Giro

In any case, he looks to be back now, that’s for sure. This wasn’t just an early season freshener, guys like Nairo Quintana came to race and if indeed they are a bit off their top form then Conty must be a similar ways off his too, because he wants to peak in July, like all the top Tour de France GC guys. Yet if he keeps up this pace, even Christopher who-ate-my-biceps Froome will struggle to keep up alongside him.

The Spaniard’s win on Stage 4 was handy enough, when he won by a second from Quintana, but Stage 5 was where he roared to life with his little pistols ablaze. Whatever Quintana was chunnering on about as the two distanced Kwiatkowski with 35km to go seemed to annoy Alberto enough to force him off the front. 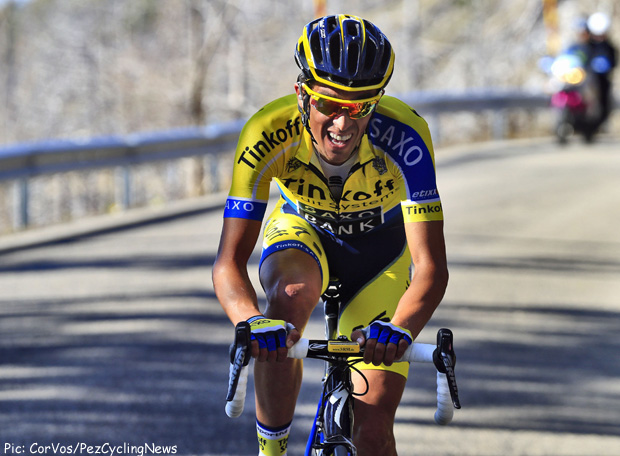 At the time the commentator said that he’d be better to wait for the Colombian but Contador was in no mood for pacts and assistance – he wanted to let rip, and that he did, chasing down the break almost singlehanded and then flying to the front to drive the pace up the last climb. He was, no other word for it, imperious. And yet… Should I say this at all?

Well, the thing is this. Before that Clenbuterol bust Alberto Contador was not only the best GC rider in the modern era but he was also one of the most popular riders around too. As if taking on Lance (and winning the battle) on his return to the fray was not impressive enough, he seemed like the standard bearer that the sport needed. And then, kapow, Clenbuterol? Steak? Months of wrangling and still riding? A shortened sentence?

Here’s my opinion – he knowingly took something, he knowingly dragged the sport further into the mud as his lawyers tried every trick in the book to wriggle out of a ban, and then he came back riding unlike the man we had come to know (i.e. he was not that hot in the hills anymore), and now he’s back with a vengeance on the climbs. Before I go on, know this about Spanish meat – that it is, at the very least, very very clean.

Don’t take my word for it, take Wikipedia’s:

And don’t get me started on plasticizers. Disclaimer – I’m not saying he is doping now, I am merely saying that I can’t cheer him on anymore.

He was convicted, the ban was too lenient (he served a year or so remember), and I know that all this left a bad taste in the mouths of many. Maybe I’m wrong, maybe not, but if there are more than a few folk out there who watched him trounce Quintana with a familiar numb feeling I would not be surprised. Moving on… 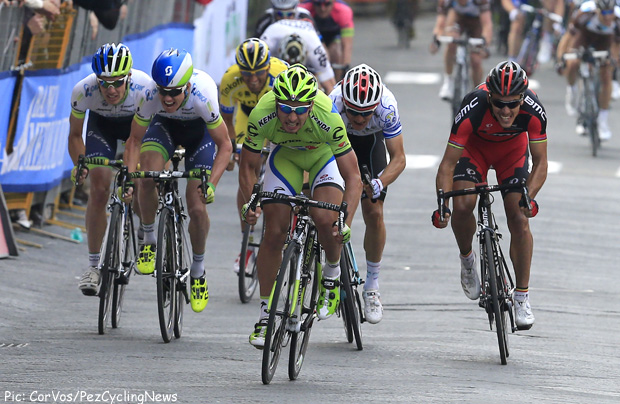 Peter Sagan sprinting for the win on Stage 3

Peter Sagan is very good. I don’t need to say how good – you can all see that. What excites me about him is the ability to sprint on the flat, uphill, and yet to also feature on the big climbs. If he works on his TT then I think we could be talking about him challenging for the podium in Grand Tours. Maybe not Le Tour, but maybe the Giro or the Vuelta. Of course, they said the same about Cancellara and Gilbert but there is I think one major difference – Sagan absolutely loves to be in the limelight, loves to kick ass and loves to challenge himself.

That might sound daft to say, as though the other two don’t, but watch Sagan and you can feel his hunger and self-belief practically roaring like an unsatiated lion through the TV screen. I said it before and won’t say it again but I think Sagan will be top 5 in a Grand Tour within 3 years.

Onto Gilbert. On that stage that Sagan won, stage 3, the commentator on Sky Sports UK said this as Gilbert made himself visible in the last 500m: “Gilbert could well relaunch his career if he can get a result here.” Brutal! And yet, he was kind of right. Gilbert’s been off his game for almost 3 years now, and save a Worlds win in 2012 he’s had not even a handful of wins in three years.

That we are talking about him winning a stage at Tirreno-Adriatico is, and no offence to the race meant here, indicative of where his form is right now, and has been. The switch to BMC has not been the most fruitful for the Belgian.

The young Pole Kwiatkowski continues to impress after his win at Strade Bianche though he lost buckets of time in a very short space of time in dem dere hills, showing he has a bit of work to do yet before he moves up to shake it in stage races with the really big boys. I expect improvements from him though, and he’s establishing himself as one of the most exciting young talents around right now. 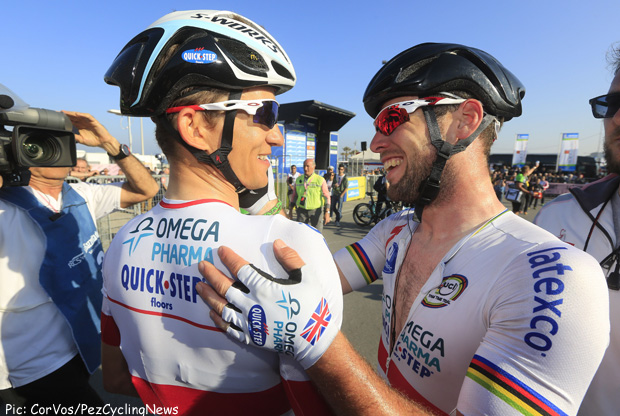 Omega Pharma-QuickStep look to be the best train out there though Cav may have to step up his game to match them, although Marcel Kittel seems to be too busy impetuously smashing his bike into the earth to take advantage of Cav’s lulls. Come Tour time I think the Briton will be back and up to full sharpness, you know that ego can only stand being beaten by a young upstart with way better hair then he has for only so long.

One last mention goes to Ben King. I like the way that kid rides. His effort on Stage 5 was brilliant, and to go off on the attack like that was a show of real self-belief. 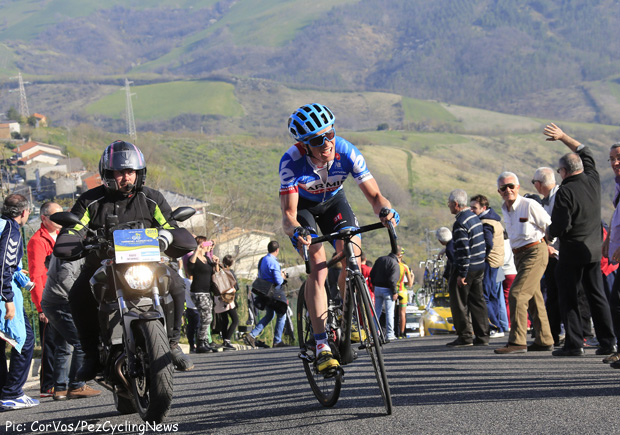 The tortoise-like climb after was a show of reality too, but in the end he got a great result and carried himself very well. One of America’s brightest young stars, and you guys really need them right now…