You want to talk about nerves?

You’re at the pinnacle of the sport. In the top 0.1% in terms of fitness, power, strength and talent in this massive worldwide sport. You’ve raced Paris-Roubaix and survived the cobbles. Been knuckle to buttock in Amstel whilst maneuvering past the road furniture and clambered over the Mur du Huy. Conquered the Stelvio and braved the crowds of the Giro.

Yet no matter how hard, no matter how seasoned you are, no matter the madness of the tifosi, this is different. This is a race unlike any other. Never mind another race, it’s unlike any other event on earth. The fans and the journalists can harp on about the romanticism of the Italian race, wax lyrical about the sheer force of will demanded by the Classics, give a nod to the Olympics even, but this, this is the Tour.

Every junior’s dream. Every veteran’s regret. Damaged and flawed after years of scandals it may be, yet the great old race just cannot be dented. It is what it is. Archaic, senseless, a product of the past and riven with dishonesty and yet achingly modern, timeless, truthful in the most extreme sense, inherently valid and the most painful, living, breathing metaphor for life that sport can deliver.

Pointless and yet so indelibly meaningful. A heaving contradiction. And yet is makes so much sense. Wiggins called it ‘just a bike race’ and yet he gave his life to it. Its participants live and have even died for it. It is le Tour de France.

And that is what we witnessed Saturday. All this was there in the figure of Andre Greipel stood waiting for a new bike as the race sped on to Yellow without him. Did you see him there, trying to look all casual? Yet it was burning inside him. The chance was gone. 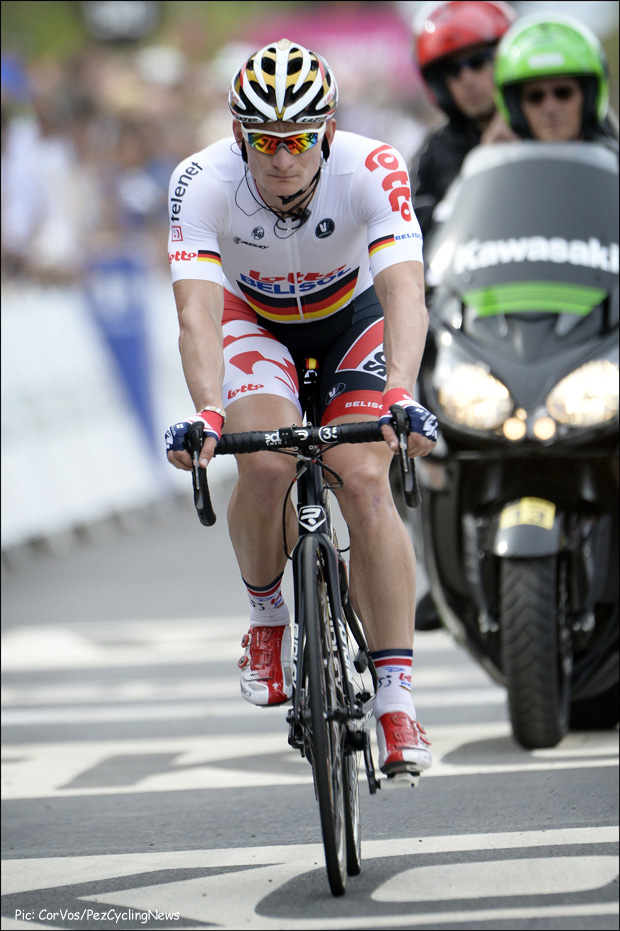 Greipel crosses the line minutes down on his compatriot Kittel pondering what could have been….

It was there too in the crash that curtailed Cavendish’s quest for the win. It was there in Kittel’s salute as he crossed the line.

Fortuitous the German was, but then there is no real fortune in this race. You win because you won. You take the cards you’re dealt and you fly by the seat of your pants. You suffer, you grind, you grasp at triumph by a thread or you lose by folds. ‘To strive, to seek, to find’, wrote Tennyson a long time ago, ‘but not to yield.’

And that is the Tour. 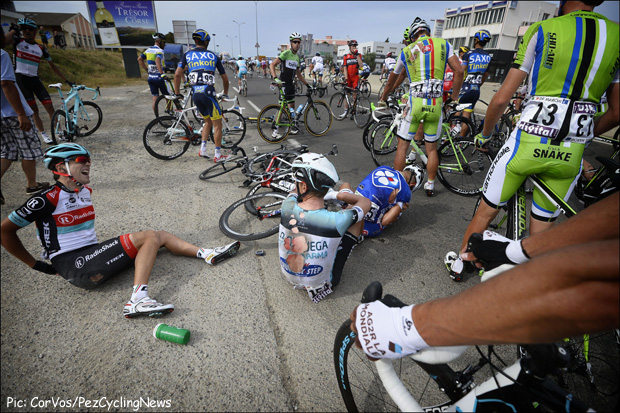 Why do they crash so much? Because what is at stake is, despite the Rainbow jersey, despite the lap around the velodrome in Roubaix and the Olympic gold medal, still the greatest single prize in this sport. Wear that Maillot Jaune once and you are, in your home town, amongst friends, teammates, peers and fans around the world, a legend. Forever.

Think about what that means. If you’re Contador or Indurain, LeMond or Hinault then it is more even than that, but for the sprinter or the domestique, the prologue specialist or the chancer, it is career defining.

You won that race, were second there, came close here and helped this guy win there, but for that one brief moment in time you were the best in the greatest race on earth.

It is an uncontestable fact. Beyond reproach. Stamped in the annals.

And that’s where Marcel Kittel is right now. Resplendent. He can ride on fumes all week. His team will ride like kings, enriched by Yellow, vibrant, suddenly plunging depths they never even knew existed. A Pro Continental team defending the Maillot Jaune.

Right place, right time? Maybe. But the boy’s nerve held. Others fell by the wayside, he did not. The elation is impossible to imagine. The achievement almost unreal. 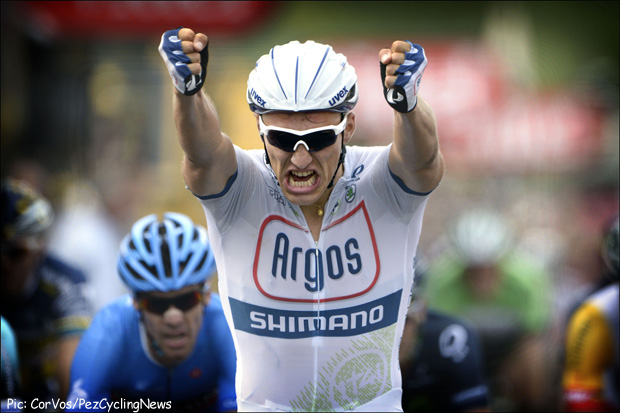 But Yellow is tangible. It’s on his back, and in this sport, despite its tribulations and doubts, nothing is more sought after.

The greatest myth in sport persists, no matter what is thrown at it. And that, you have to love.