Lee’s Lowdown: Paris-Roubaix, The Star of its Own Show

Queen of the classics, hell, brutal, crazy – all good descriptions for Paris-Roubaix. The toughest race of the year, a career maker or breaker for the riders and a sheer joy to watch for the spectators. Lee Rodgers delves deeper into the beauty and the beast that is Paris-Roubaix.

My brief in this series of articles here, essentially, is to analyse the race from a rider’s perspective, to dig out the sometimes seemingly innocuous moments that change the whole course of a race, or to highlight the unheralded performances of the lesser actors on the stage.

Often a race is made by a selfless effort by a domestique, or by the sacrificing of a team leader’s chances, and indeed from time to time the real star of the show is not the winner but his entire team, or another rider entirely who battered himself on the front for 20km, went back for numerous bottles and then obligingly gave up his wheel after the star’s puncture, but spent another 50km previously, killing himself to shadow his leader just to be there when the crap hit the fan.

So many untold histories, so many heroes. We don’t watch this sport as we do a football or soccer game, where we watch a tableau unfold, where all movements are seen, all intentions are on open display, and, if they escape us the first time, they’ll eventually be uncovered and replayed in slow-motion later, often endlessly. In cycling we almost always see only the closing chapters, the final pulls of the needle that ties the ends of the threads together. 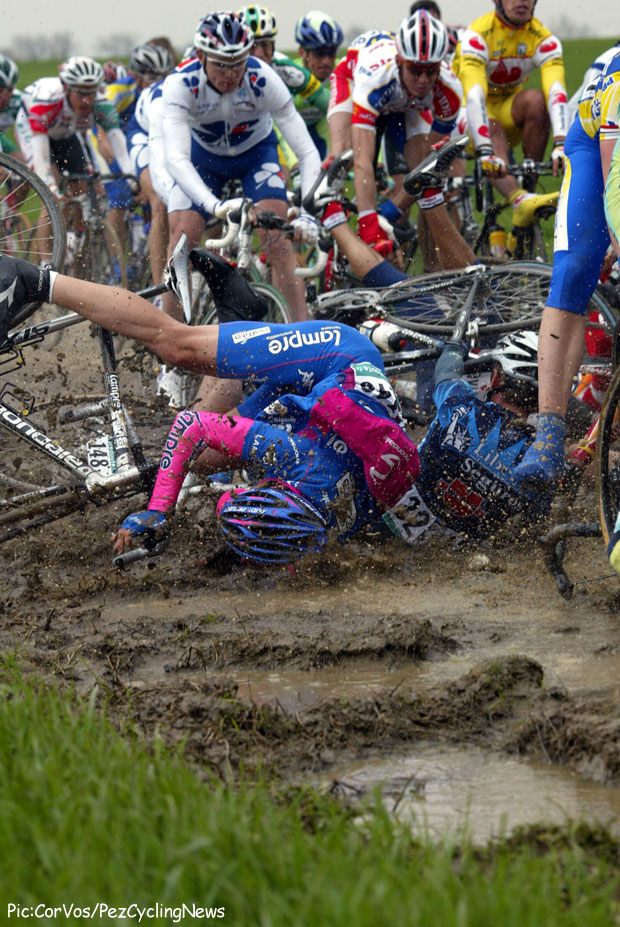 Every Roubaix rider has a story to tell at the end of the race but some are much happier than others.

But in just about every race it is the action that offers the narrative, the peloton the plot, the stars the climax. The actual race itself is nothing but a mere backdrop to the story being played out upon its stage. Some races get close to being different. Milan-San Remo is one, with its energy sapping climbs before the finish and the feared descent of the Poggio having become enshrined within the very fabric of the sport. The Ronde de Vlaanderen is another, though it has lost some of its lustre since the route came under the organisers’ chop. 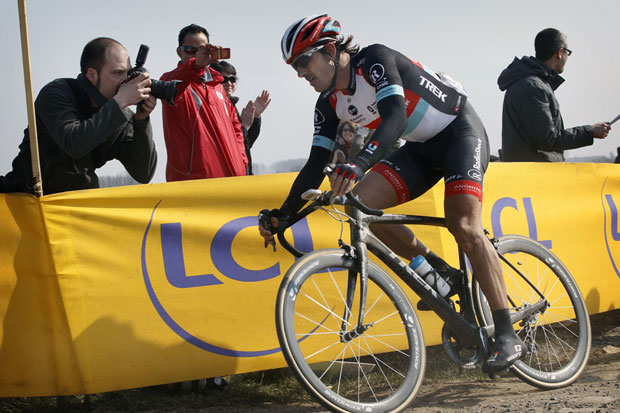 Mt. Ventoux has its place in the pantheon of great mountains, as does l’Alpe d’Huez and the Madonna del Ghisallo, but these are geographical places, and though they have a life and history of their own they are not actual races but features within races. Only one race outshines its participants and plays an active part in writing its own script. Only one is its own true star. This race, unlike all others, is never truly conquered, never beaten, never abashed.

Rather, it brands its winners, lays its mark upon their flesh and thus owns them forever. 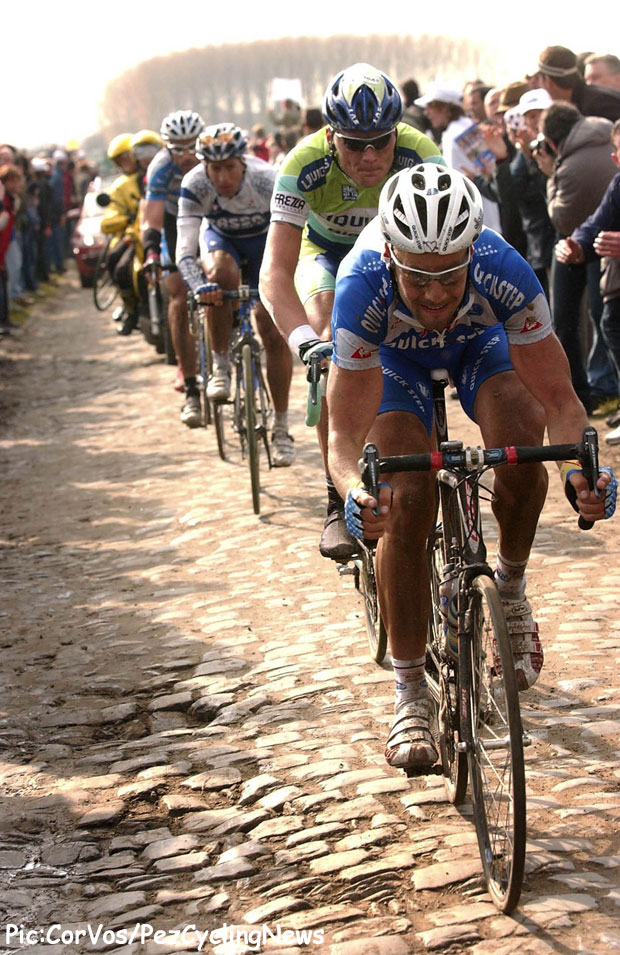 ‘He won Paris-Roubaix,’ they whisper in reverent tones of previous winners, hushed not out of respect only for the rider, but because winning in the Roubaix Velodrome means you have danced with the Devil and got away not only with your cobblestone but with a good singeing of your heels from the breath of Old Beelzebub. A singeing, and not a full body first degree burning. That takes some doing. 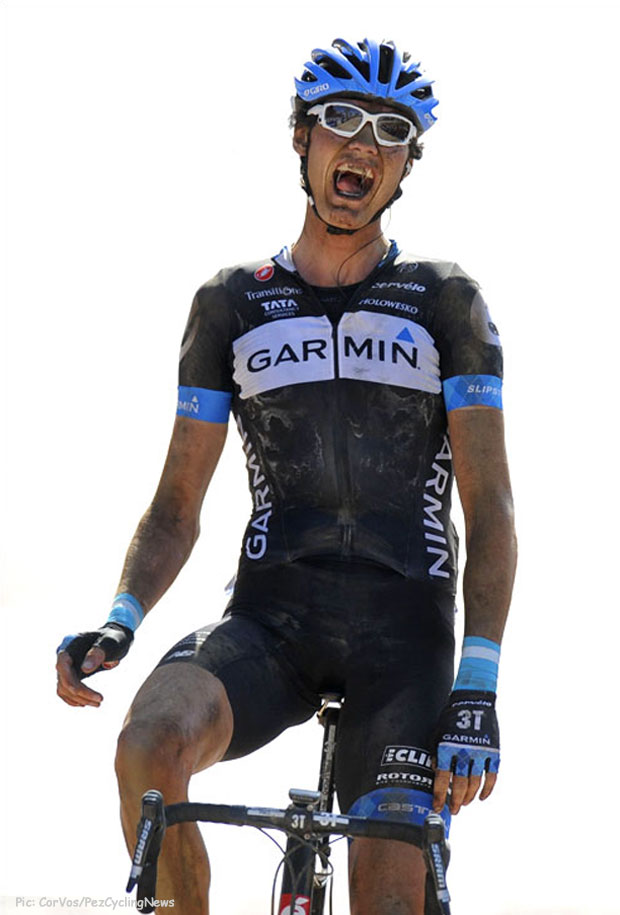 Why so beloved, so feared and so mythical, this great race that traces its very first edition back so long ago, like a vein of gold in black rock, that survives still in this century but began back in the 19th? Unlike other races this one is never predictable, unless the fact that we expect chaos is to be considered a marker of normality. Paris-Roubaix exists outside of this modern world, from another time, another place, and yet there it is in front of us every year, rising like a dinosaur with the flesh of men shredded and decomposing, hanging from its fearsome teeth. 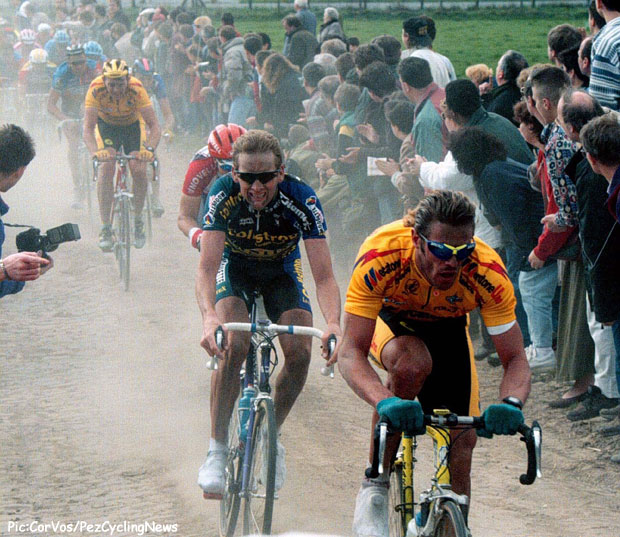 Mario Cipollini modelling some protective hairgel in the 90’s on the Roubaix cobbles.

Whereas other races follow a script this one never does, it pens itself with each rotation of the wheels of the men who cower and rattle in their saddles above its pave. There is no late rampage by the peloton to reel in the leaders because by the end there simply is no peloton. In a world increasingly covered and smothered in plastic and soft edges, by safety warnings and government decrees, here is a metaphor for life itself, stripped down, bare and raw, dangerous in its intensity, violent in its nature.

Paris-Roubaix shines like a million blinking lights in the darkness of our suburban reality, strafing our retinas through the muddle of the modern, it stands erect and proud amidst the flaccidity that defines so much of our existence and whilst still romantic in part, it will never be the lady that is Lombardia, nor the moody, street-corner hooligan that is Amstel.

No, this is Roubaix, – handsome, dashing and sly like a young Pacino but always a hair’s breadth from the insanity of DeNiro’s taxi driver.

Sports have the capacity for the epic and the mesmerizing, though often the characters involved fail to deliver. Remember years of dull Wimbledon finals, mundane SuperBowls and tedious Tour de Frances, where the practitioners involved rode over their opponents with a robotic monotony.

Well Paris-Roubaix is never, ever like that, and that is the essence of its brilliance. It’s the wooden deck of a 17th Century galleon in a hurricane with men tied to the masts. It’s Captain Scott’s tent in those last, frozen and abandoned moments. It’s the old man and his battle with the marlin in Hemingway’s finest work.

It propels those within it to heroic deeds. It commands them to bravery. We saw that yesterday, and if you weren’t breathless at the end of it then you’ve lost your soul. Those men paid their dues and then some. Vanmarcke, Stybar, Vandenbergh, Gaudin and of course the great Cancellara. 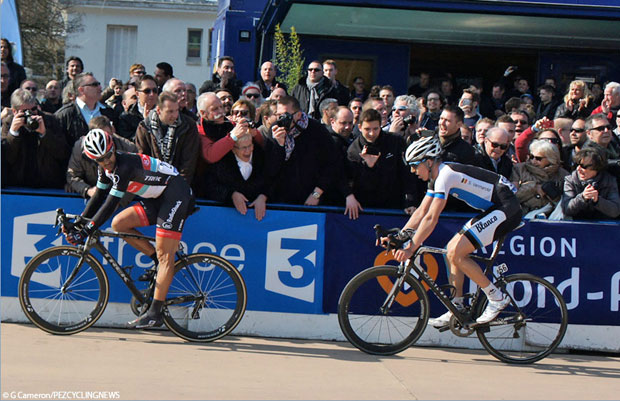 They came, they saw and they were conquered. Even the winner, flat on his back in the Velodrome. 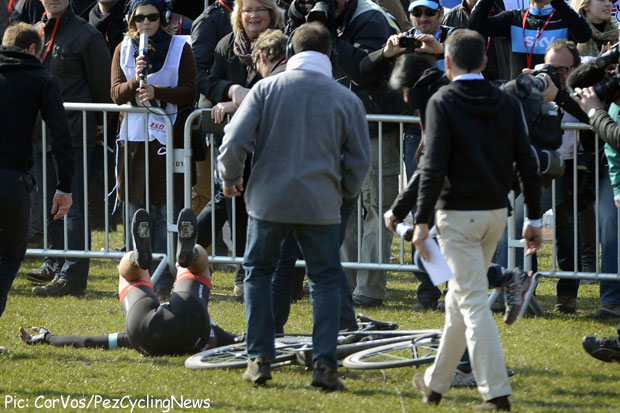