Did you hear that? Yesterday, late afternoon CET. Not rumblings from the riots in Greece nor the sound of Berlusconi collapsing like the crumbling pillar he is on Italian soil, nor the grinding to a halt of the American system as its gears stayed shutdown for another day.

No, none of those things. If you had your ears open and if they are discerning enough, you’d have heard across the continents the quiet creasing of wrinkles formed by twinkling smiles, hushed ‘chapeau’s’ and the gentle coming together of palms in celebration as Joaquim Rodriguez crossed the line first at the 2013 Giro di Lombardia, following a masterful attack on the final climb of the day, the Salita de Ello. 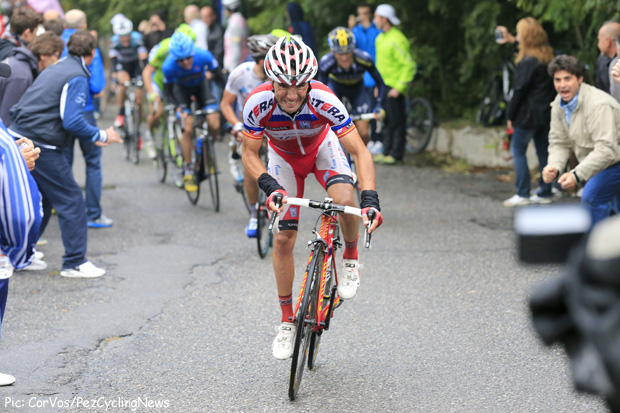 It was indeed a blistering thrust, one that saw off his challengers in a moment. Rodriguez had kept his blade sharp from the Worlds, no doubt, and he slayed the men who dared think they could stay with him on the 16% incline.

Yet for me this wasn’t a rousing victory, not one of those shout-it-from-the-rooftops kind of wins, but more one that bore the sensation of deep satisfaction, more of a clarification of matters, you could say. There was no little irony involved in the fact that the man who came 2nd yesterday is also the one blamed by just about everyone but his own mother in Spain (and apparently she’s still on the fence) for Rodriguez not winning the recent World elite men’s road race.

Valverde knew what was coming and when, but there was absolutely nothing that he could do when Rodriguez made his move. Nor anyone else. Ivan Basso had been punching above his weight in the race for long enough and was first to drop off from the elite band of leaders.

Dan Martin then found he had nothing with which to counteract the upping in pace and he dropped off too. So it was left to Valverde to chase his compatriot, and chase he did but it was not enough.

As Rodriguez approached the line he turned several times as though checking to see that no one was bearing down on him, but could it have been a very strident point that he was in fact making?

‘Look,’ he seemed to be saying, ‘he is not even close.’ That last gesture, with one arm pointing back, kind of nailed it for me. 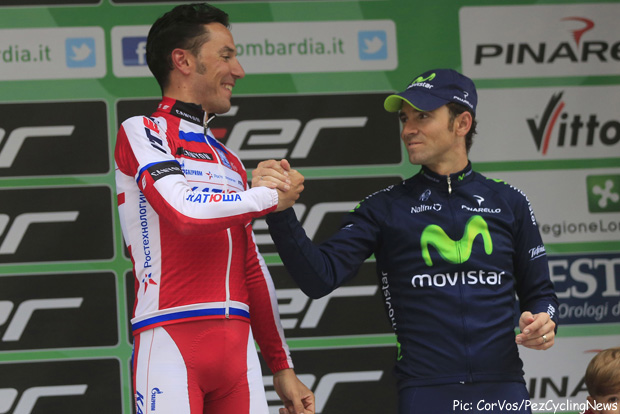 Venom in that handshake?

And there it was. Where there were tears now there was vindication. Rui Costa had his first day in the stripes and looked resplendent, deserving as he is to be in that jersey, and even for him, possibly, there was a smile as he learnt that the man he so narrowly beat at the Worlds had won. 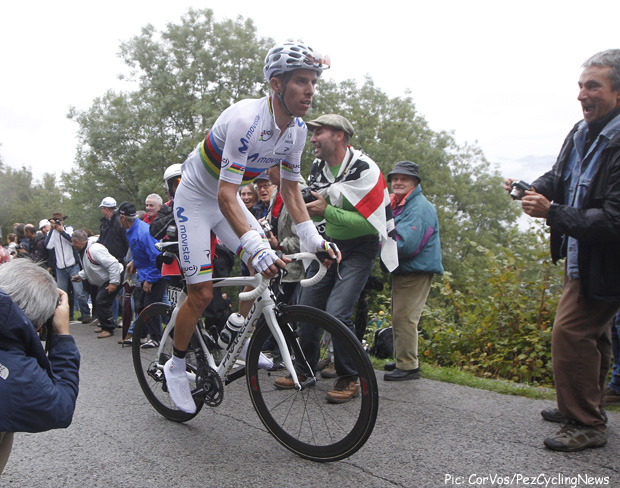 For Valverde it must be more of the same really. A win here might have let people get on with forgetting his lapse in Florence. They say you are only as good as your last race, but it is also the case that you’re only as bad as the last one, too.

And so Rodriguez doubles up at Lombardia, one of the most beautiful races on the calendar, and as World #1 again too. Not bad for a man who was on what might have been a Pro Continental team at the beginning of the season. 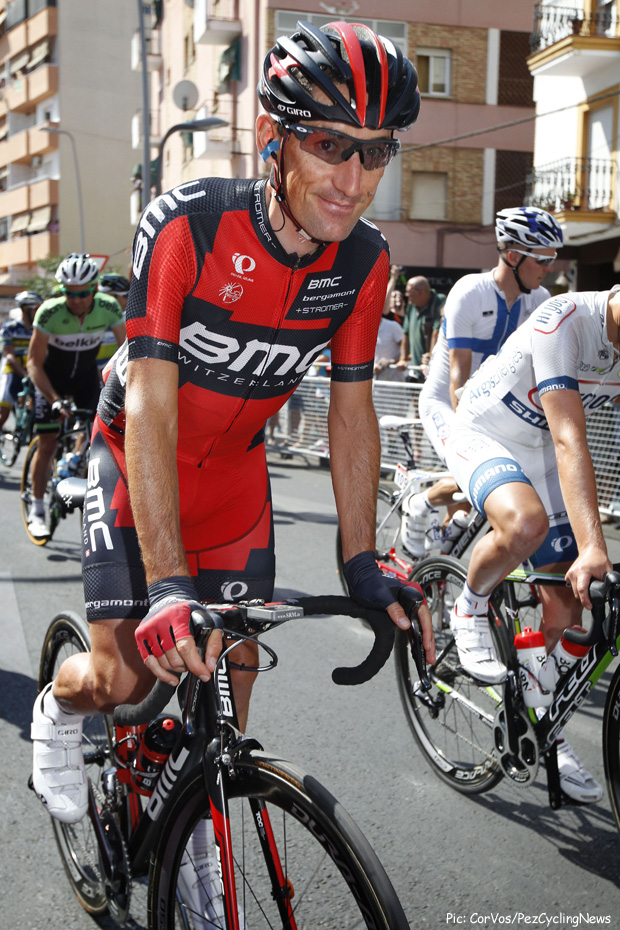 One final mention should go to Marco Pinotti, the Italian rider who retired yesterday. A firm believer in riding clean and one rider who spoke firmly whenever asked about the doping problem in the sport. He will be missed.

Bianchi ready to star at L’Eroica as main sponsor