This is the Giro d’Italia, right? Cos I think I may have stumbled onto some amazing one day race that I’d never heard of before. It had it all, two cracking little climbs, one brilliant, twisting and quite frankly terrifying-looking descent just before the finish, and enough aggression to keep even those degenerate bare-knuckle fight fans stoked up on adrenaline for a week.

That couldn’t possibly have been just the third stage in a 3-week bike race, could it? Ryder! What the hell man, this isn’t Liege-Bastogne-Liege, not ‘merely’ some classic you’re trying to set up for Mr. Martin. This is The Giro! Patience, they will tell you, is the watchword, ‘dullness’ its sidekick. How dare you bring such breathless and near darned senseless attacking to one of the world’s greatest multi-stage races?

Just who do you think you are, defending champion or something? 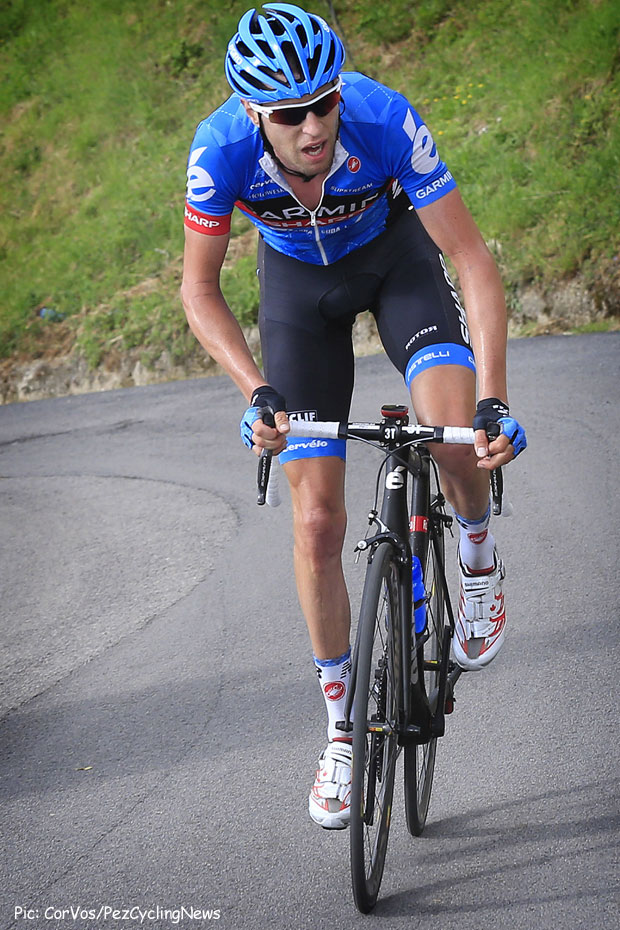 Yes, it was brilliant. Made not a great deal of sense. He sensed a little nick in the flesh of his rivals and heck, didn’t he go for it. Who said Canadians were boring, eh?

a) Ryder is bluffing.

b) Ryder is not bluffing.

But let me tell you, it ain’t a). You don’t go out like if you haven’t got the legs, because well, you can’t go out like that if you haven’t got the legs. I’d suggest that Mr. That-Canadian-Guy is rocking and wants to cement his position at the Big Boy’s Table. No more high chairs and bibs and plastic spoons, thanks very much, gimme the silver baby!

Soup spoon, dessert spoon, fish knife and that third fork no one knows what the heck is for, break the lot out.

Yes, foolish maybe, a tad un-smart, but didn’t that make you smile? The temerity ¬of it all!

And who else had the cheek to pop his slightly wombat little nose into the fray and all? None other than everyone’s favorite prickly Antipodean, Cadel ‘Cuddles’ Evans. Past his best? Possibly. No good anymore? Watch your tounge lad, this boy is one hell of a bike rider, and we haven’t seen the back of him yet.

All sorts going on during Stage 3, more highlights than a showreel of Lance’s greatest (needle) hits. Luca Paolini ripping up the road, there was an example not only of great timing (his attack), but also incredible bikemanship. See those corners? Well, the Blanco boys certainly didn’t, it was like Man vs Juniors that one. Definitely one they won’t want to see again. 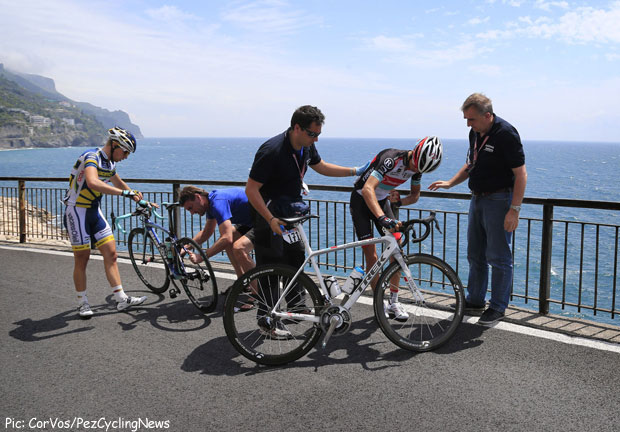 The twisting coastal road caught out many a rider yesterday.

Only downside was that now we are going to see even more of those ugly-ass helmets. I hear that raise the watts – the ‘Watt the f*** is that’ count maybe… It’s 1988 all over again! 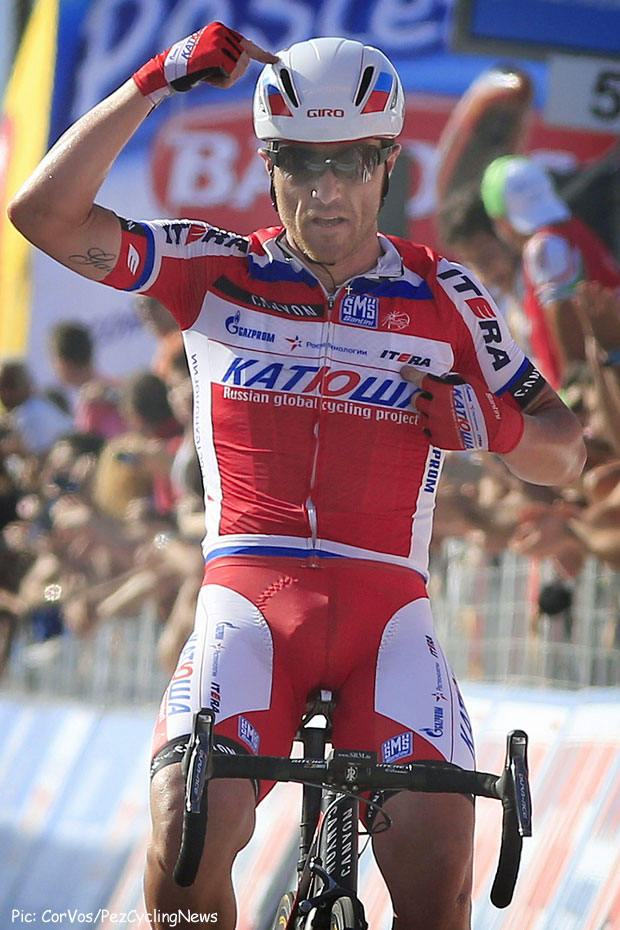 Last point was the way Sky rode. They were in an interesting position, with the unheralded Salvatore Puccio being in Pink after the TTT. Now, being in the leader’s jersey brings with lots of accolades ands no little pride, but also an almost ceaseless host of hassles.

The night before Stage 3, Sky would have been planning not to really defend the jersey as they wouldn’t have wanted it so soon – at least not unless it was on Wiggo‘s shoulders. Yet simultaneously, if a break goes up the road and gets 8 minutes, all the other teams look to the race leader’s team to chase.

It’s a delicate situation, if you don’t want to defend, because although you may want to lose it you could very well get badly caught out it if the break stays away and has a big lead with a decent rider or two up there.

Of course teams want the race lead but, if possible, I’d wager that 90% of team managers would take it on the last day if they could, and not before. Not only do you have to be physically immensely strong across the team to defend a race lead, you also have to be smart, know how to play two-wheeled chess like a master, and be able to deal with the mental stress and ever-fluctuating realities of the on-road situation.

As it was, it worked out ok for Sky. Wiggo looks good, as does Ryder and Cadel too. This is shaping up, already, to be a proper little battle.

Lotto Belisol: Dirk Bellermakers in the escape in stage 3