Race Analysis: With the Ardennes Classics over it’s time for Lee Rodgers to analyze the action – tragic and not from Sunday’s big Liege-Bastogne-Liege. As the race drew to a close the luck of the Irish seemed to skip countries as it was the Aussie Gerrans who shined as Ireland’s Dan Martin crashed at the final turn.

“There aren’t really words for it. To race for seven hours and for that to happen on the last corner…. it’s poetry.”

Not so sure about poetry, Mr. Martin, more like a Greek tragedy. How cruel the cycling gods can be! It’s debatable as to whether he’d have held on after that corner as there were a good 100 meters or so still to go, but he was definitely in with a shot. He still looked good as the corner approached, slowing slightly to pull up onto Caruso’s wheel, from which he planned to launch for the line.

“I’m obviously devastated,” Martin said after the race. “It’s one thing to make a mistake or know what you’ve done but we figure that there’s a patch of oil or something. I think I had tears in my eyes before I even hit the floor.” 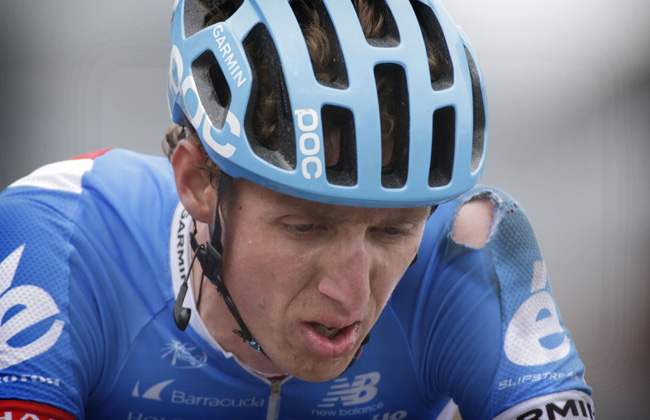 If you watch the crash again you can see that it’s Martin’s rear wheel that slips out first, causing the front to go out from under him just after. It looked at the time like rider error but he was neither going fast enough to cause the slippage himself, nor was the corner severe enough to bring him down. Just terrible, terrible luck. Definitely not that of the Irish. 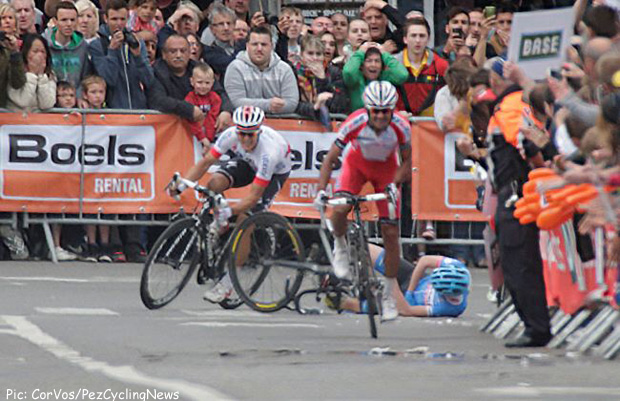 How different the fate of Australia’s Simon Gerrans. At the start of the race both he and Martin had one Classic under their respective lycras, with the Irishman having conquered Liege a year earlier and Gerrans winning Milan-San Remo in 2012. Demanding as cycling is, winning one Classic signifies you are a very good rider. Winning two, however, means you’re truly a big hitter and generally nullifies any notion of luck being the determining factor in your success.

I say ‘generally’ because we all saw what happened to Martin. Not to suggest that Gerrans’ win was not warranted, but it’s undeniable that Martin was in front of him, with a gap, and within spitting distance of the line. Gerrans took time to thank his teammates yesterday and rightly so as they were superb in closing down the attacks and reeling in the early leaders. I’ve criticized Orica-GreenEdge in the past for relying too heavily on Australian riders but, have to say, they rode a great race yesterday.

Gerrans is seriously impressive too, and whilst not an overly charismatic bike rider, you do get the sense that he’s one of the most intelligent riders in the peloton. He stays out of the wind, positions himself expertly, and rides to his strengths, getting the maximum out his abilities. Natural talent will take you only so far, and anyone that’s ever raced will tell you that it’s the mind, not just the muscles, that wins races. 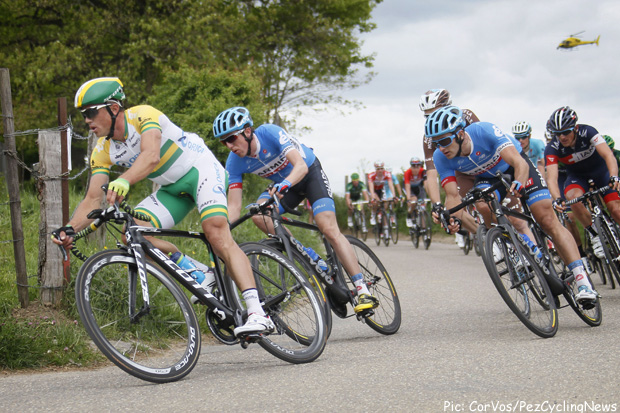 A word or three should be spared too for Katusha’s Caruso, who was caught within sight of the line after a hugely spirited effort alongside Domenico Pozzovivo. Caruso reflected at the end on the emotional toil of coming so close to a major win only to be overtaken in the final meters. “I think I’ll experience this sadness for a very long time because chances are I won’t find myself in such a position to win such a big race in the future,” he said.

“I had good condition and when ‘Purito’ went out of the race, we were given the freedom to ride for ourselves and I was ready to do that. I’ve done everything in the past few weeks to have good condition. I’ve been away from my family now for almost a month and a half so I dedicate this ride to my children whom I haven’t seen in such a long time.” 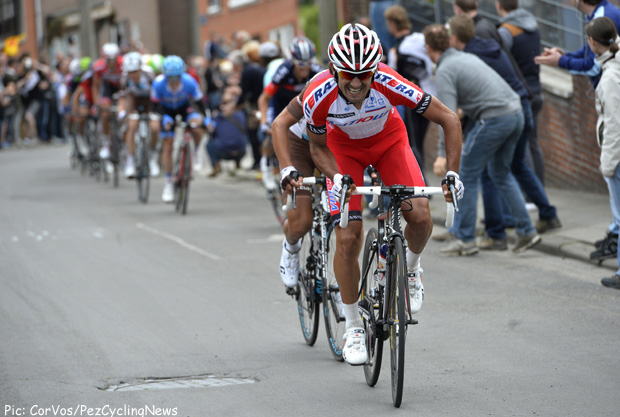 And there, in a nutshell, is the fate of the domestique. They work so very hard to attain good condition in the first place, then toil away in the service of their leader to try to deliver him to victory. There are times however, when a domestique may be in the form of his life and even stronger than his leader, but they so rarely get the chance to show us – and themselves – what they can do.

Caruso had his yesterday thanks to Rodriguez still feeling the effects of last week’s crash, and he came so very, very close to stealing the show.
Speaking of crashes, there were some bad ones yesterday, but none worse than that of the moto that went down with 100km to go. The cameraman on the back was said to be seriously injured thought there is little information online about his condition.

It was a great race, this one, full of action, thrills, spills and bellyaches. Gerrans will be the one waking up for the next few days with the smile on his face though, whereas Martin and Caruso will be wistfully shaking their heads. 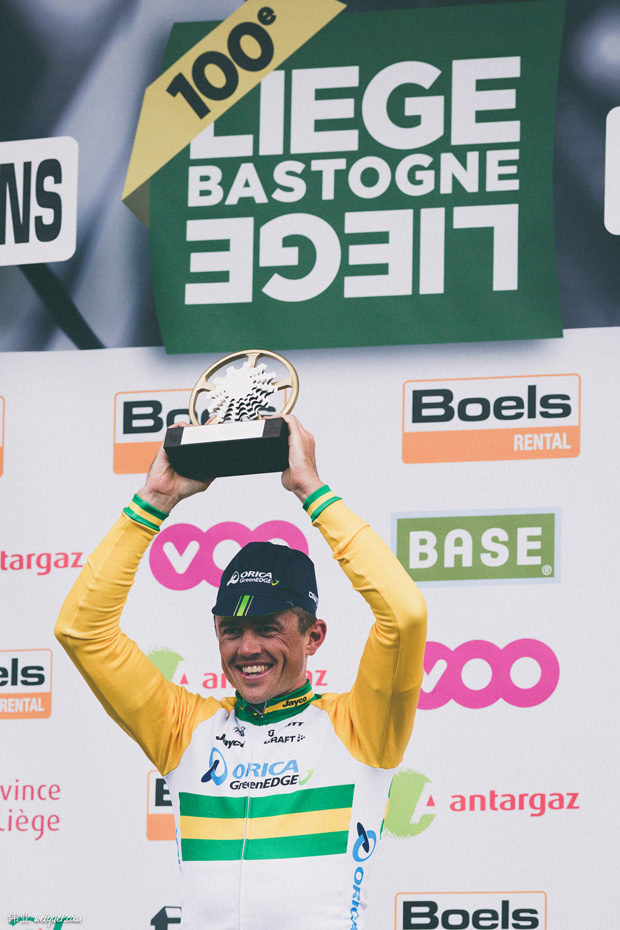 Just one week to go at GF Gimondi