The North American Handmade Bicycle Show can make a fair claim as the “showcase of the world’s finest bicycles”, and this year’s 10th edition held in Charlotte NC, drew more than 150 exhibitors and over 5,000 attendees. Our coverage starts with a close look at three magical machines, Calfee’s Manta Pro, English Road disc EPS & the Mosaic RS-1.

Words and pictures by Paul Skilbeck

The only drawback of NAHBS is time. Four days would be better. So many variations on design, material and style are on display in the show hall, it is easy to leave after three days with the feeling there was still a lot more ground to cover, if you want to go into depth. Once you start talking to the frame builders, it’s impossible not to get sucked in to the idea-rich world of design and engineering possibilities in which these individuals exist.

The difficulty though, is putting it all together. One minute you’re looking at a new method of creating carbon fiber tubes, the next your head is turned by a genius way of attaching a lighting system. 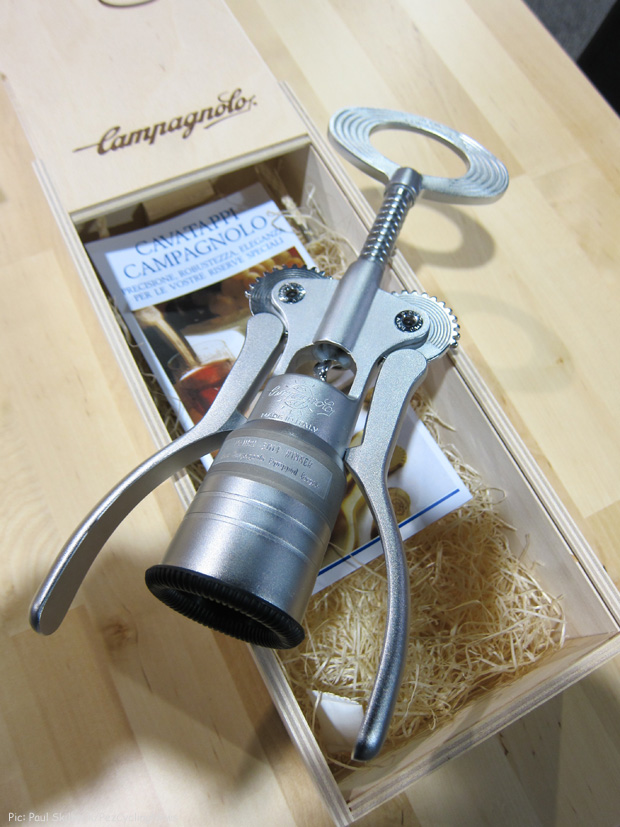 The mission for show attendees was simply to find the Campagnolo equipped bikes, each of which was marked with a special plaque, decide which one they liked the best, and vote either with paper or a QR code.

Here’s a selection of 3 entries from the contest: 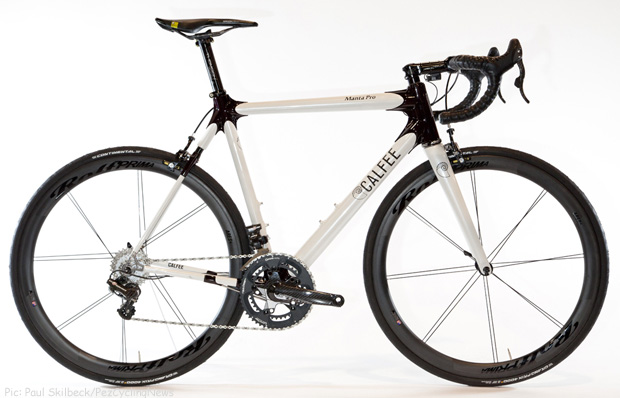 Five years in the r&d process, and unveiled in August 2013 Calfee’s Manta Pro made it’s NAHBS debut this year. This unusually versatile bike offers road riders a lightweight active rear suspension system that enhances traction, power transmission, and comfort on long rides. The weight penalty for the rear suspension is only 86g, and at 2.5lbs (1.1kg) for a 56cm frame, you’re still well on the way to a sub-16lb bike. 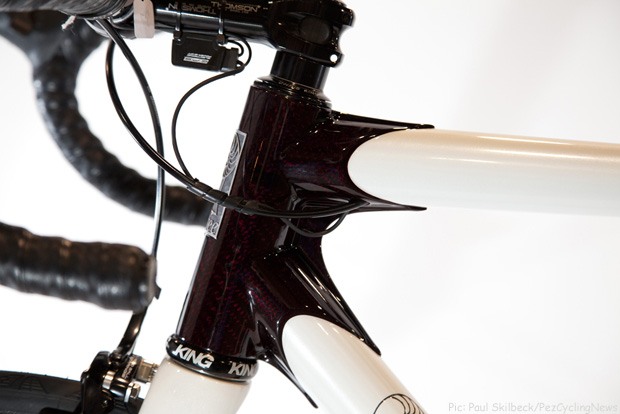 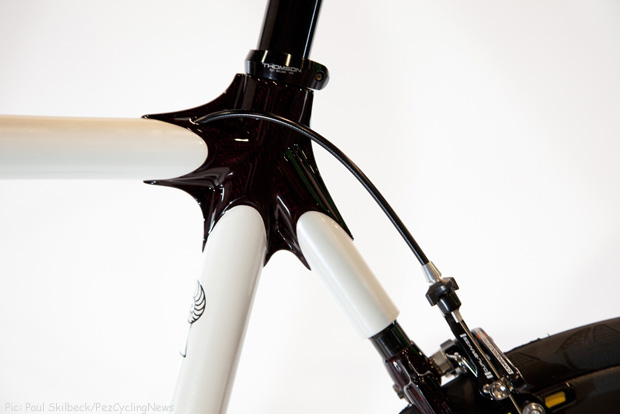 This model on show was fitted with the Campagnolo Record EPS derailleur system, and Record D Skeleton brakes. While the Manta line will run either caliper of disc brakes, it runs only an electronic drivetrain. 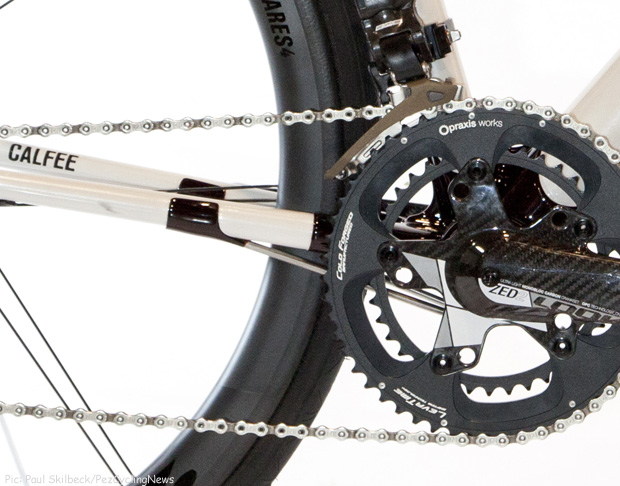 With rear suspension now starting to gain acceptance in the pro road peloton, the feature making the Manta Pro so versatile is the user-replaceable steel coil spring fitted into the wishbone mount. Available in five grades, most Calfee customers are 145lb+ males who have opted for the number 3 spring. A cat one racer might use a 4, and a larger rider weighing up around the 185lb mark could consider a 5, although Calfee does not yet have sufficient customer feedback to make a firm recommendation. These springs can be replaced in a rider’s living room using just a 6mm allen key, making it easy for riders to find out for themselves. 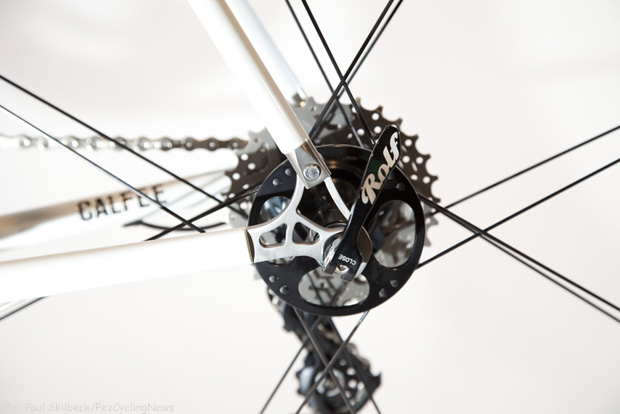 Road, adventure and cx geometry are available, and the rear end comes with either rigid or suspended models. Tire clearances on the road model are 700cx28, and the off road models can run either 650cx42 or 700cx35. The Manta frame alone retails for $4800. 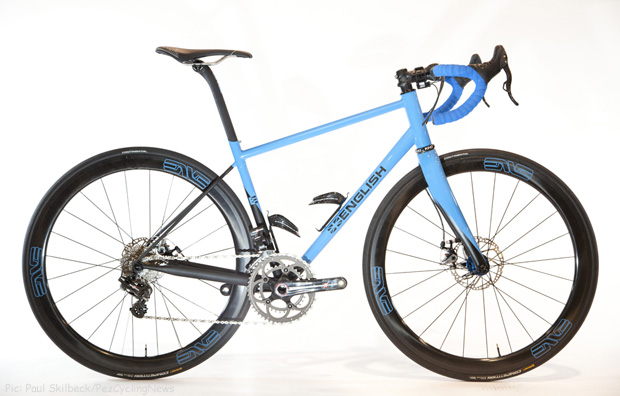 And the winner is… Rob English, who has a workshop in Eugene, Oregon, won the popular vote in the Best Campagnolo-Equipped Bicycle contest with a tidy compact road racing frame featuring seat stays that are as minimal as you will see. 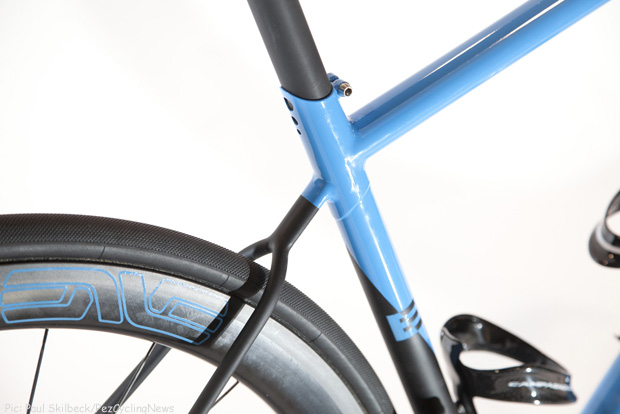 Running a Campagnolo Super Record EPS groupset and Enve carbon wheels, this bike is not for the faint-of-pocket-book, but the quality in design and construction is immediately apparent. His first seven years were spent building for Bike Friday, and then in 2013 he went fulltime with his company English Cycles and in the same year won the Best of Show award at NAHBS for showing just how good a steel tt machine can look. 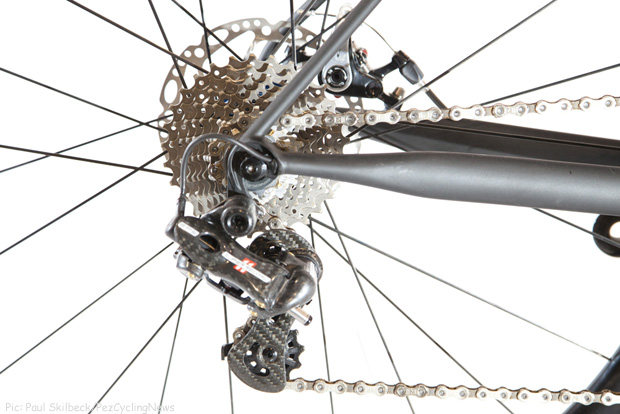 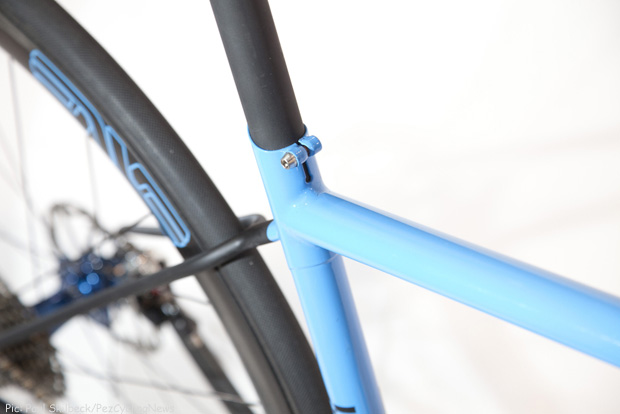 English’s approach to seat stays is to mount them low on the seat tube and use a long seat post as a cantilever. This is his way of achieving vertical compliance in a frame. He goes big with the chainstays, which need to be big and, since he builds in steel and steel doesn’t easily buckle, he goes tiny on the seat stays, which don’t. 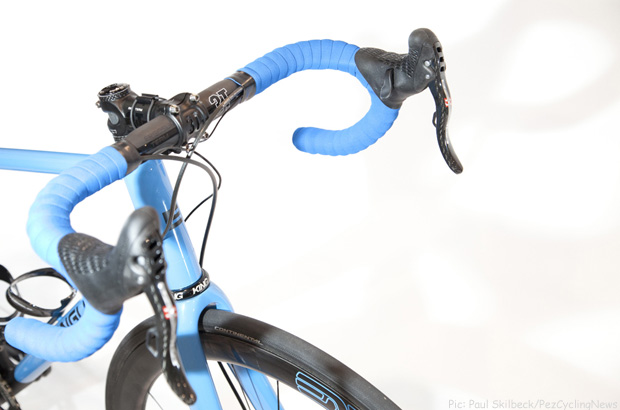 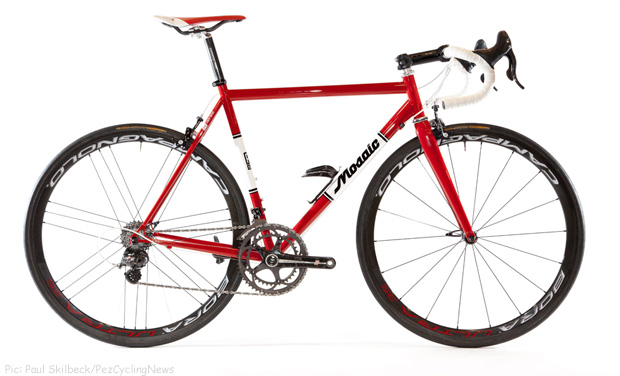 Coming from the beautiful bike stronghold of Colorado, Mosaic Cycles offered up a bicycle from their “Dealers Around the World”™ series, in which their all-star dealers got to design and spec a bike. ‘Above Category’ are the guys that got the gig, a high-end bike shop in Sausalito, California, at the northern end of the Golden Gate Bridge. 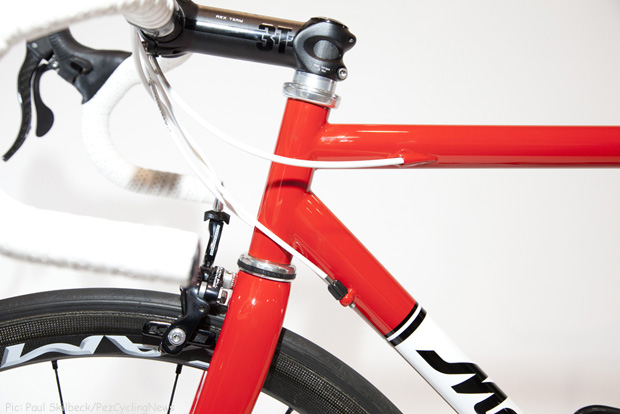 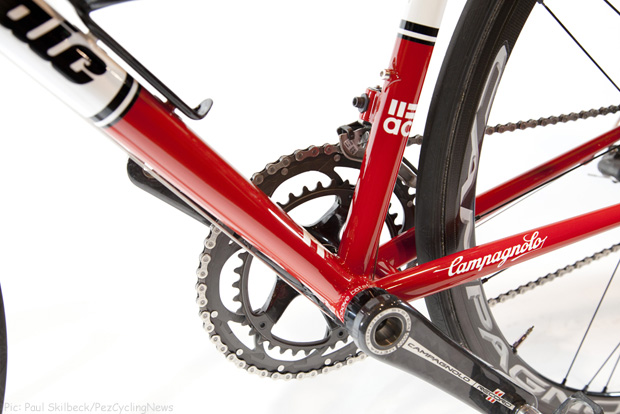 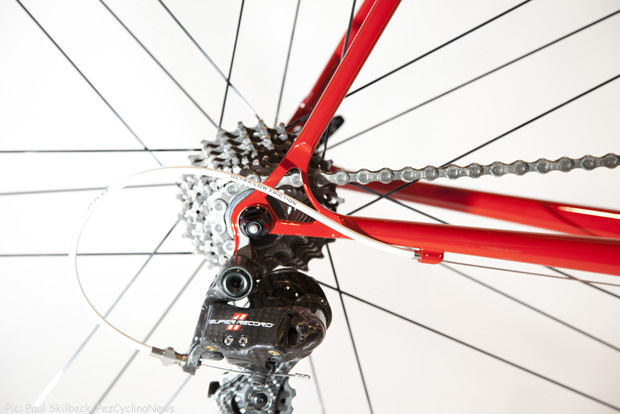 Running a Super Record mechanical groupset, Bora Ultra 35mm wheels, and a classic paint scheme, the bike is a perfect blend of tradition and modernity. And like many bikes of bygone times, will do everything very well. 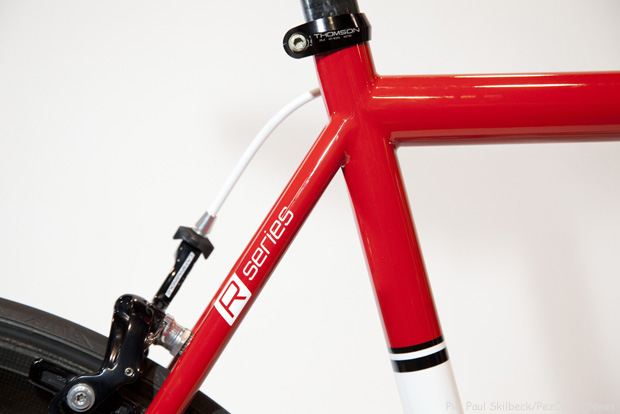