By PEZ Crew On May 1, 2014
Share
Like PEZ? Why not subscribe to our weekly newsletter to receive updates and reminders on what's cool in road cycling?

Roadside Report: There were thankfully less crashes on Stage 2 but it was still an action packed day in the Tour of The Gila as the pelotons raced through some more spectacular countryside in New Mexico. Angelica and Travis Dixon were there for PEZ to capture it all. 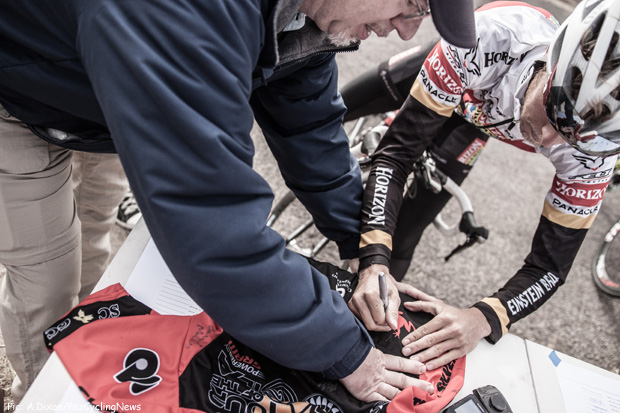 Stage 2 of The Tour of The Gila saw the men face the challenging 76 miles of The Inner Loop. It’s a racers course, favoring all around skills, tactical sense, and with 5781 feet of climbing, you better bring your climbing legs too! The sign-in saw the riders sign a jersey to benefit a young extremely talented rider, Earl Gage, who recently suffered serious injuries due to being hit by a car. It reminded all who were present how tenuous our safety is on the roads. 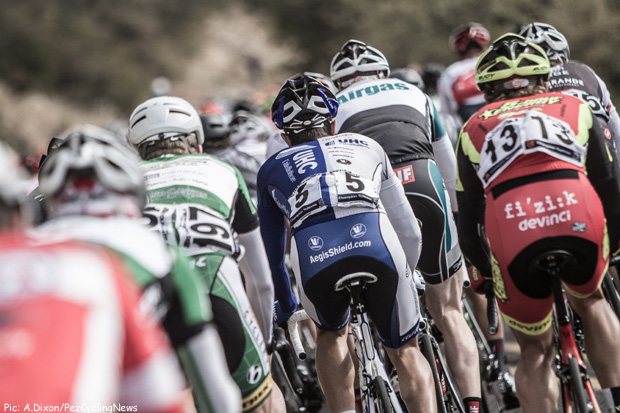 The men’s field was quite a bit smaller due to the massive crash on day one but as soon as the flag dropped the racing was full on. The first Cat 3 climb began just 5 miles into the race and the constant pressure from the peloton saw numerous riders abandon, obviously feeling the effects from yesterdays stage. The KOM went to Luis Enrique Davila of Jelly Belly p/b Maxxis, followed by Daniel Summerhill of United HealthCare, and Taylor Sheldon of 5 Hour Racing p/b Kenda, respectively, and once over the top of the climb, they drilled it into the descent. 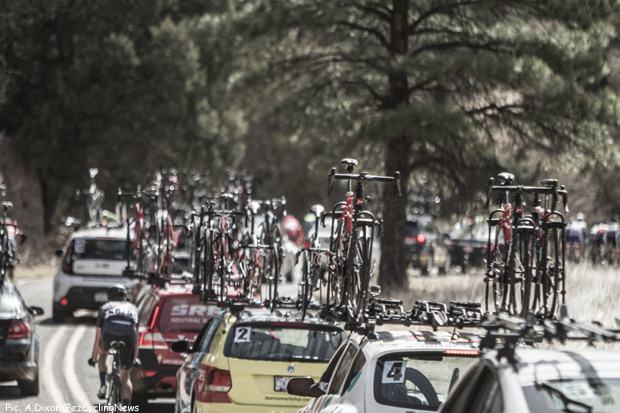 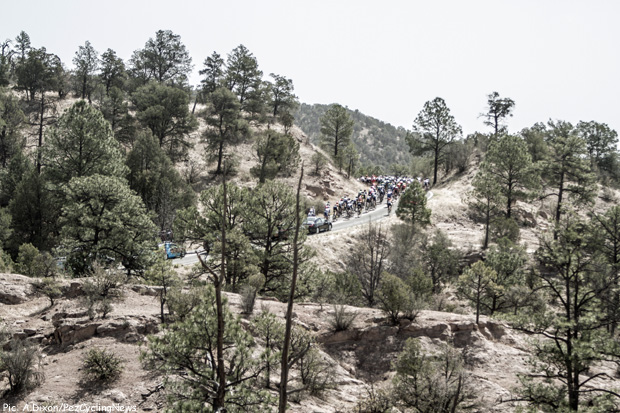 The course changed at this point with the riders facing narrow and very twisty roads, another Cat 3 climb followed by the very fast and technical descent off Wildhorse Mesa. The 50 plus mph straights leading into tight hairpins and off camber turns required that the course be well marked as there have been serious crashes here in the past. 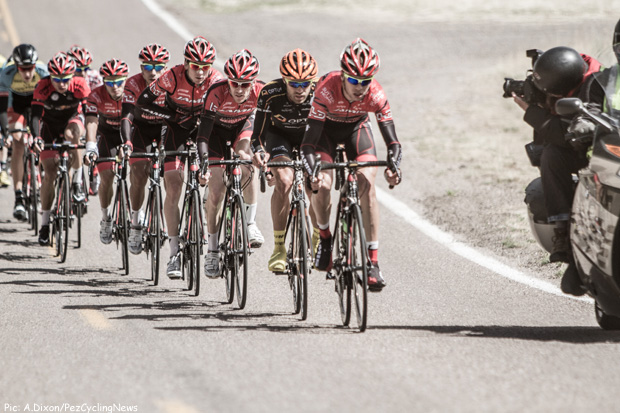 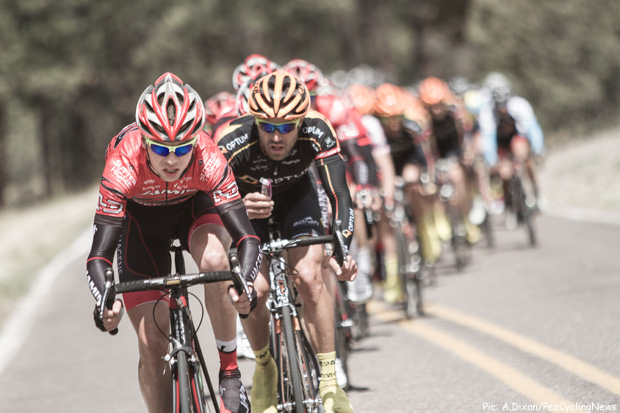 The break worked hard and kept extending their lead over the peloton and as they reached the Mimbres Valley, their gap was 4:30. The valley road favors a break as it’s constantly climbing and descending but Jamis-Hagen Berman were able to remain organized and kept the break in check. 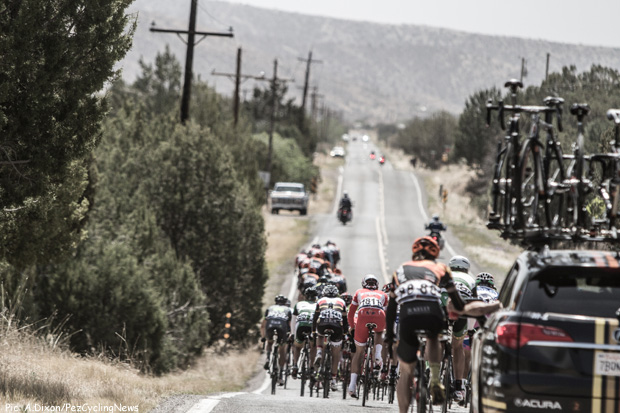 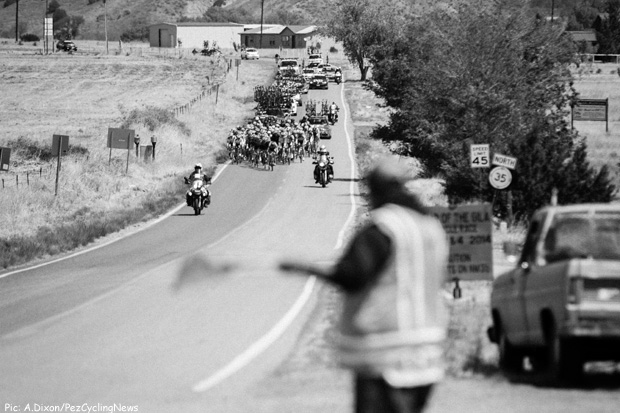 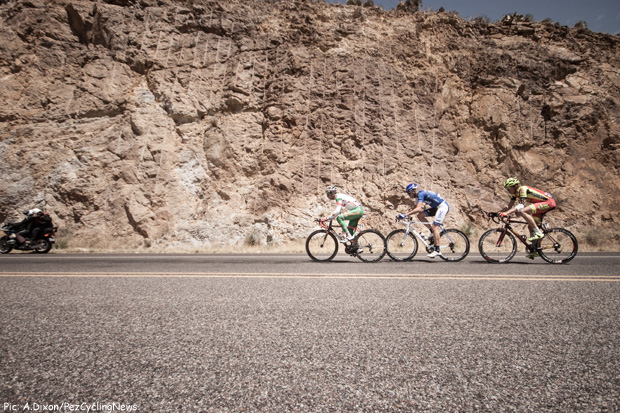 By the end of the valley the break was down to. 2:30, setting the race up for the next Cat 3 climb. 1 km from the KOM sprint, Davila attacked and held on to take the KOM over Summerhill and Sheldon but from the peloton two riders attacked. Adam De Vos of Team H&R Block and Stephano Barberi of California Giant/Specialized bridged, the now 35 second gap, to the leaders making it a break of 5. 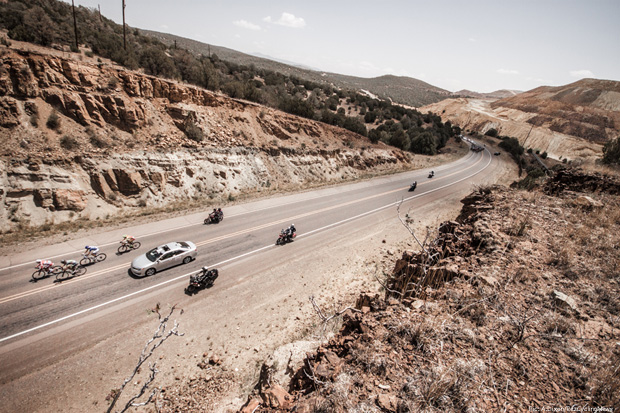 With under 10 miles to go, the break drilled it past the worlds largest copper mine, but they were never able to shake the peloton. It all came together at the 3 km sign which began a hectic sprint finish. 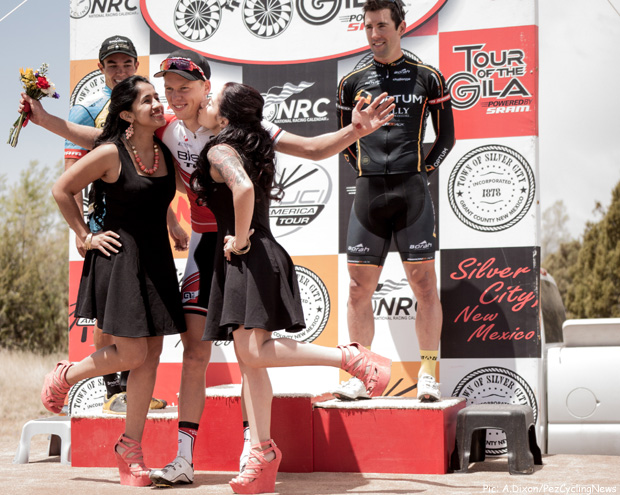 Nicolai Brochner of Bissel Development Team took the sprint for the win, with Eric Young of Optum p/b Kelly Benefits and Travis McCabe of Team SmartStop rounding out the top three. The day saw more crashes, as evidenced by 3rd place McCabes shredded shorts, and saw National Champ, Freddie Rodriguez of Jelly Belly p/b Maxxis, being tended by staff after two days on the tarmac. 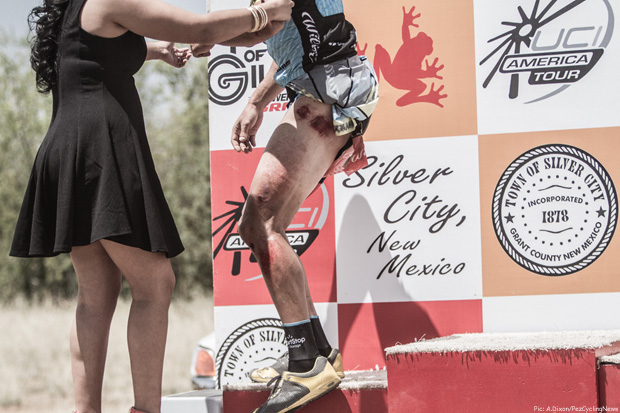 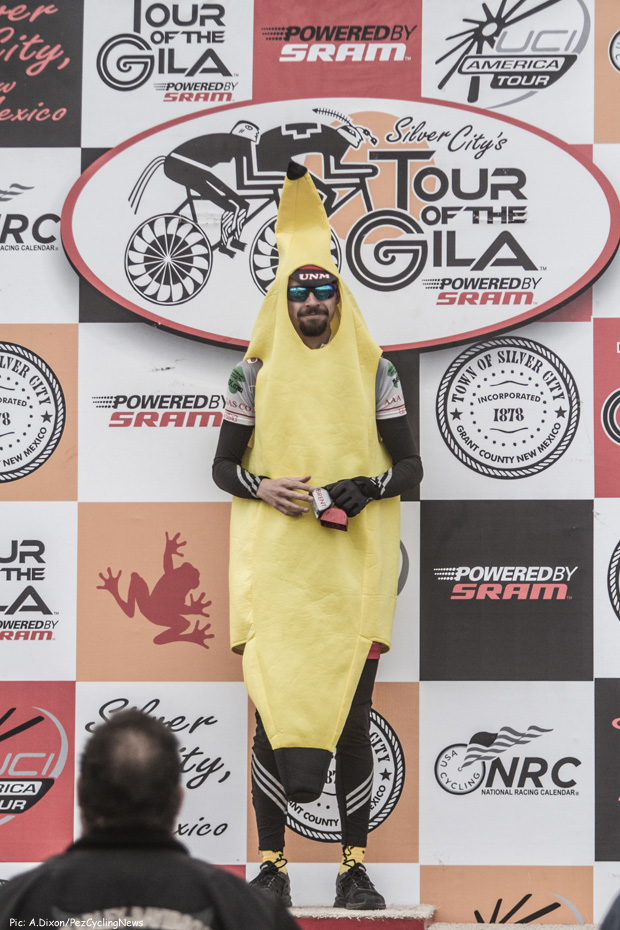 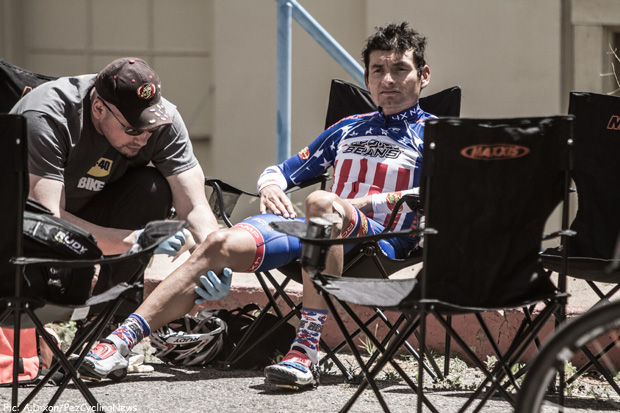 Friday is the individual time trial and after two days of intense racing, it should be an interesting performance on the course. Women’s leader, Mara Abbott of United HealthCare held onto her leaders jersey today along with Jaramillo of Jamis-Hagen Berman for the men but anything can happen in a TT. 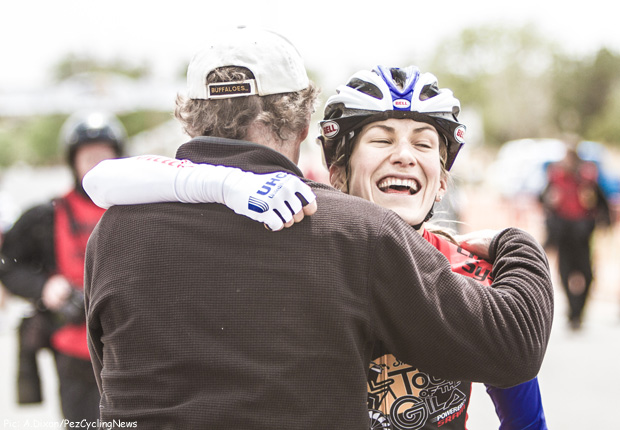 Happy days for Mara Abbott with another day in the lead.

A vintage year for Broadgate Estates CYCLE TO MIPIM 2014