PEZ On The Ground At The Worlds!

Our man for the Worlds Ed Hood has hit the ground in Italy to cover this weekend’s big races and before we let him loose on the parcours we thought we’d ask him for the lowdown on his tips for Rainbow glory this year.

You know you’re in the right queue when the middle aged Italian guy starts kicking the Ryanair measuring cage – for making sure your bag isn’t too big – around the departure lounge. “I travel with Ryanair many, many times (poor man) and always the case, it fits !” The stewardess fixes him with a stare; “but not today !”

I pretend I don’t notice the riot kicking off and head for the stairs. I’ve got a plane to catch.

Destination Pisa – but no time to see the leaning tower – then the bus to Firenze; or ‘Florence,’ Host city to the 2013 World Road Race Championships. It doesn’t seem like a year since I was on the train out of Amsterdam up to Valkenburg for the 2012 Worlds to watch Phil Gilbert hit the Cauberg in his 53 x 19 and grab the rainbow jersey. 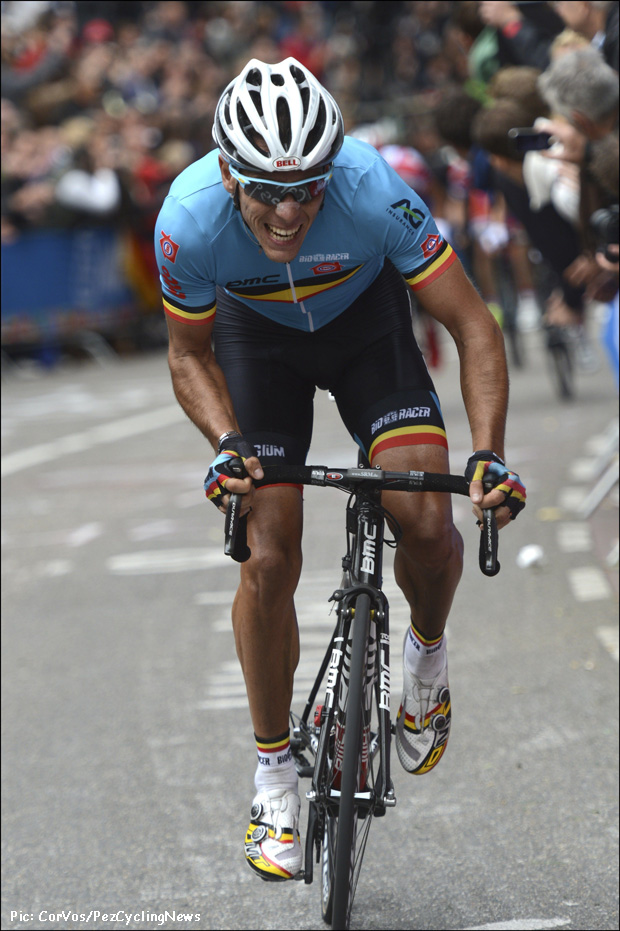 I just missed the Pisa to Florence bus, so time for a beer, an email arrives . . . It’s the Capo, the Pezmeister himself; ‘Will you have a piece for us today?’ Does that man have no mercy?

The old BlackBerry is fading fast, it’s been on duty since 04:30 but the lovely behind the bar let’s me plug in my charger – in the cleaner’s cupboard. It’s a glam life being a journalist with PEZ.

So, let’s talk favorites for a minute.

My fluent in the Flemish language amigo, Ivan, a man who inhabits the Vlaams forums where cycling philosophers postulate their theories in grandiose language has just sent me the lowdown on what the Belgian team are saying about the road race circuit. Jan Bakelants (Radio Shack & Belgium) thinks that parcours is no good for Tour winner, Chris Froome (Sky & GB) with the climbs too short and the descents too technical, especially if it rains. 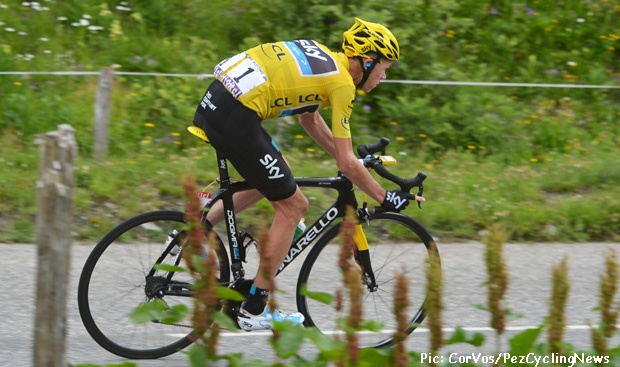 The parcours has been totally re-tarmaced and the renners fear that if it rains it’ll become very dangerous. Bakelants is not impressed with the descending skills of Mr. Froome – even in the dry. (He does seem to get up the hills not too bad though, Jan?)

Gilbert’s BMC and Belgian team mate, Greg van Avermaet – who won’t be too far away in the final shoot-out on Sunday – thinks the favourites are Peter Sagan (Cannondale & Czech Republic) and time trial bronze medalist, Fabian Cancellara (Radio Shack & Switzerland), but that’s maybe propaganda – mind games ? Defending champion Gilbert says that it’s a good parcours for him but it will be a very difficult race.

“I don’t think that Cancellara can cope with the altitude changes the parcours serves up, and Sagan is handicapped by not having a strong team behind him like he does at Cannondale.”

But keeping it in the east now, how about former cyclo-cross ace, Stybar (QuickStep) as an outsider courtesy PEZ’s Martin Williamson ?

PEZ sage and Tour de France chauffeur, Dave Chapman goes for Sagan and his ex-team mate, Vincenzo Nibali (Astana & Italy) who’s on home turf and with a parcours to suit him. He also points out that Gilbert could well successfully defend and that if he falters aforementioned Van Avermaet is a good ‘Plan B.’ 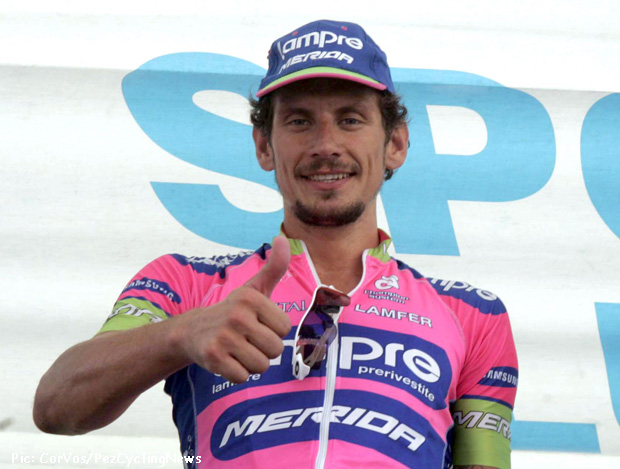 And on the subject of ‘Plan B’s’ – a man who would send Italy into raptures if he won, ‘Pippo’ Pozzato (Lampre) wants this one bad. Despite his perms, suspect facial hair and man bag, I still like the man – for all his posing image, he’s grounded and very popular with the fans. He’ll have further motivation following Cancellara’s recent remark that if he was Pozatto, he wouldn’t even bother to turn up for the race.

But no one has mentioned the men from Iberia, yet.

Alejandro Valverde (Movistar & Spain) is in great shape and has stood on a Worlds podium more than once. Whilst countryman and Vuelta stage winner, Joaquim Rodriguez (Katusha) has to be considered too.

From the flat lands of The Netherlands, Bauke Mollema (Belkin) has to be watched. 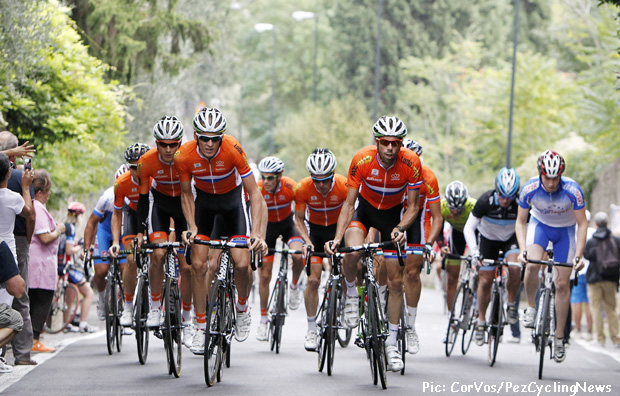 Mollema, Gesink, Ten Dam and in fact the whole Dutch team will be a big threat on Sunday.

Moving east to Germany, John Degenkolb (Argos) can get over the hills and is rapid at the end; but that parcours is maybe just too tough for him . . .

Nico Roche (Saxo & Ireland) rode a fine Worlds time trial so that Vuelta form has carried – a medal would make his dad so happy. But it’s maybe too much to expect that his cousin and countryman (if you look at their passports, that is) Dan Martin (Garmin) has recovered from a bruising Vuelta. 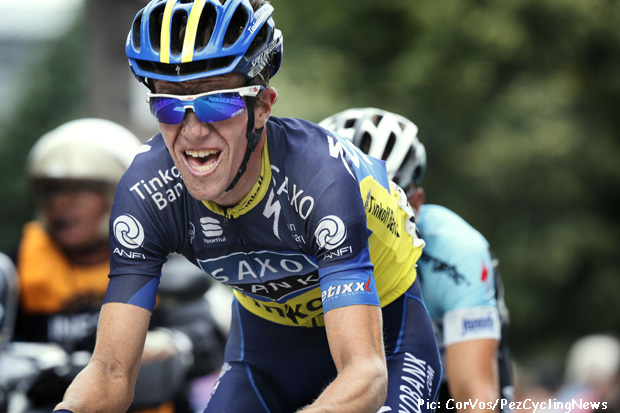 Chris Anker Sorensen (Saxo & Denmark) isn’t the most stylish climber in the peloton but his bobbing style is brutally effective and he’s so strong.

Harder than hard Sky man, Vasil Kiryienka (Belorus) is another bear who can survive the savage parcours.

But what about from further afield – like the USA. Chris Horner’s (Radio Shack) Vuelta ride demonstrated that he’s as strong as a bull at the minute; he’ll be very hard to drop but he’ll be cut no slack by the men who can finish faster.

Crossing the Pacific, there’s no Simon Gerrans (GreenEdge & Australia); but there is Jack Bauer (Garmin & New Zealand) who was excellent in the Tour of Britain – and don’t forget that he was right there in last year’s Olympic road race. And there’s Daryl Impey, too (GreenEdge & Republic of South Africa).

If I’m pushed ? Sagan from Gilbert and Nibali.

Just so I can see the look on the commissaire’s faces as he pops the wheelie. 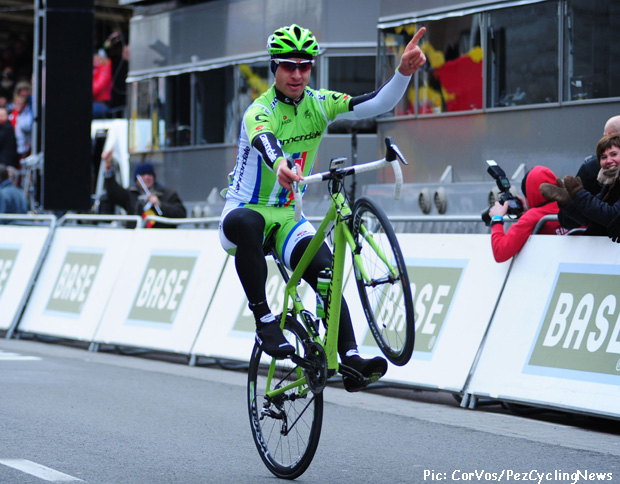