Race Preview: Eight stages of tough racing in the French Alps and with the three big Tour de France contenders in attendance of Chris Froome, Alberto Contador and Vincenzo Nibali – the Dauphine this year is sure to be a great race. It’s time to take a closer look at the stages, history and the contenders before the race kicks off on Sunday.

Are you listless, lacking the will to get up and face the day, a feeling that something is lacking from your life; what’s the point of it all?

Everything is going to be fine; Doctor Ed’s diagnosis is at hand: ‘Giroatosis’ – also known as PGSD ‘Post Giro Stress Disorder’ – and it’s the same every year when the ‘pink race’ finishes and commonplace among pro bike race addicts such as yourself. The cure is simple and can begin almost at once, it’s called the Criterium du Dauphineé it maybe ain’t as glam as the Giro – but then no race is – however, it’s a crucial lead up to le Tour, and a race with fascinating/sad stats aplenty. 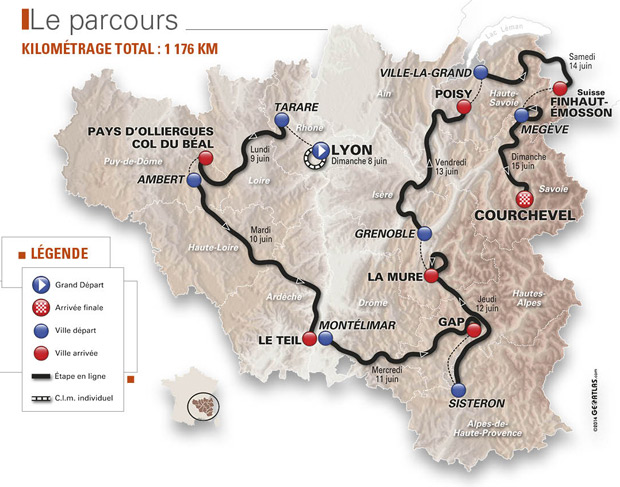 Whilst we’re mentioning Italy; interesting first statistic – no Italian has ever won this race. However it has been won by riders from countries as far apart as Australia (Phil Anderson 1985) and Kazakhstan (Vino 1999).

The name – more a historical and cultural definition than a name on maps, these days – comes from the region of South East France the race is run over. The race was formerly known as the ‘Dauphiné Libere’ after the sponsoring newspaper – a la Het Volk/Nieuwsblad – but since the mighty Tour de France organisation, ASO took over 100% control it’s the ‘Criterium du Dauphine.’

And it’s never been anything but damned hilly. 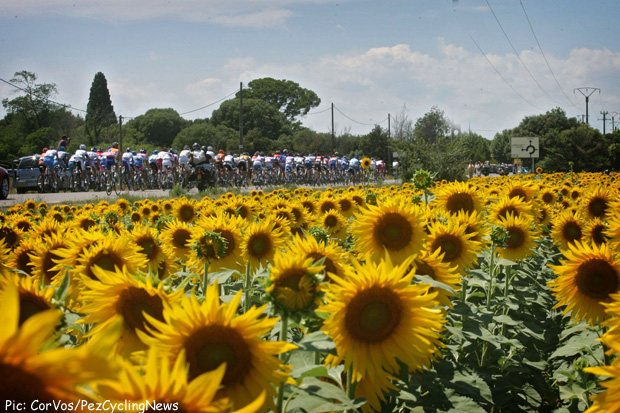 Sunflowers, beautiful French countryside and the Alps – a perfect warmup for Le Tour

The race’s place on the calendar has made it, since it’s inception in 1947, an important stepping stone across the river to Tour de France success. It’s no coincidence that every one of the five time winner ‘recordmen’ in the Tour; Anquetil, Hinault, Merckx and Indurain have won this race at least once. And yes, ‘that guy from Plano’ won it too – but we don’t talk about that . . . 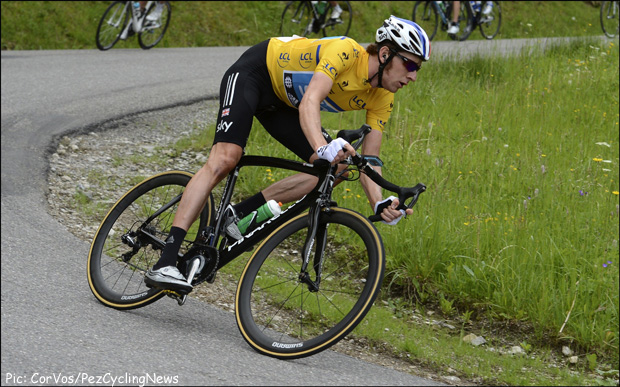 Whilst we’re talking nationalities, much of this race is held in ‘La France Profonde’ – real rural France where life is lived at a different pace to the big cities – so it’s no surprise that Frenchmen have won this race more than any other nationality, some 30 times.

Spain has second spot on 10 victories and remarkably, the United Kingdom is third with five wins – but more of that in a moment.

The list of winners is long and interesting. There are four joint ‘recordmen’ on three wins: Nello Lauredi (France) a wee bit before my time; Luis Ocana (Spain) unsurprising given his climbing ability and the fact that despite his Vuelta and Tour wins he was actually fragile in a three week race; Charly Mottet (France) who’s reputation as a ‘clean’ rider would be suited to a race of this duration; and of course, Bernard Hinault (France) who could and did win just about anything and everything he chose to.

The first race was won in 1947 by a Polish professional rider – rare birds back in those Communist days – Edouard Klabinski, also the first Pole to ride the Tour de France. One of four cycling brothers, the son of a Polish immigrant coal miner he also won stages in the Peace Race.

And no article on the history of the Dauphine is complete without mention of the 1965 edition, won by Maitre Jacques Anquetil who straight after his victory boarded a charter plane to Bordeaux to ride – and win – the 557 kilometre partially Derny-paced Bordeaux to Paris. Before it’s demise in 1988 BP was the sixth ‘Monument’ and when Anquetil won it was a huge race on the calendar.

In 1984 one of Nairo Quintana’s spiritual God Fathers, Martin Ramirez won the race, beating Bernard Hinault into second spot and Greg Lemond into third. It eclipsed all else in the French Media for days and elevated Ramirez to National Hero in his homeland.

In 1980 Alfonso Florez had won the amateur Tour de l’Avenir to give us a clue as to what the Colombians were capable of – but to win the Dauphine and beat Hinault was something altogether different. His countryman, Luis ‘Lucho’ Herrera proved it was no freak result by winning the race again for Colombia in 1988 and 1991.

Since then the winners have been a mixed bag with Vino, Hamilton, Moreau, Mayo, Valverde and Lance all in there. The last two years, however have seen the race’s importance as a Tour de France warm up under scored by victories from Bradley Wiggins in 2012 and Christopher Froome last year.

African turned Brit, Froome (Sky) must start as favourite; despite an illness and injury compromised spring, he won in Oman and Romandie and has been on that high altitude Sky rock breaking camp on Mount Teide, Tenerife for weeks – he’ll be ready. 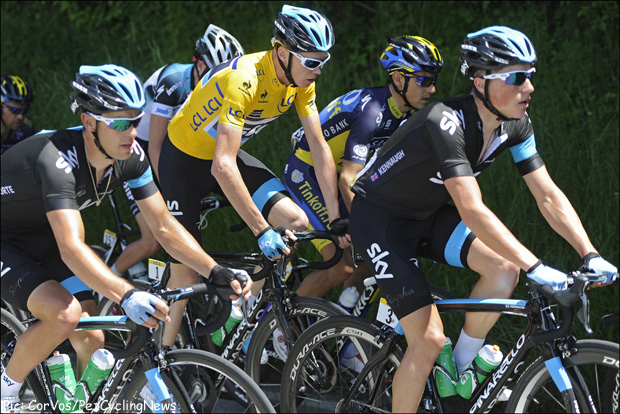 Stage race rider of the year thus far and a winner of all three Grand Tours during his career, Alberto Contador (Tinkoff & Spain) will also be in attendance; second in the Algarve and Catalonia, a winner in Tirreno and the Pais Vasco. 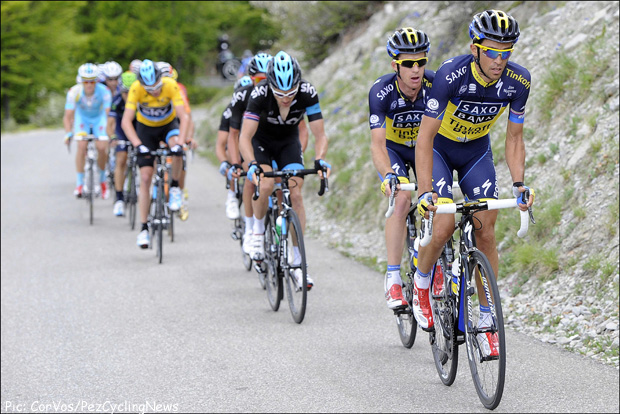 Contador trying to put pressure on Froome in the 2013 race

He’s found his mojo again and will be out to score physical and mental points here against Froome and the other big favourite and Tour contender, Vincenzo Nibali (Astana & Italy).

Nibali’s early season has been very quiet but there’s no doubt that his Tour build up will be perfect – he didn’t win the Giro and Vuelta by accident. He won’t be at 100% but must be well into the 90’s with Froome and Contador ‘in the house.’

As well as the three big dogs there are lesser canines in the melee on their way up the towards pack leadership.

Adam Yates (GreenEDGE & GB) won the Tour of Turkey and was fifth in California; this is up another level, he’ll be out to make his mark.

One of the men of the early season with a win in the Algarve and Strada Bianche, second in the Pais Vasco and two podiums in the Ardennes – the Fleche and Liege – is Poland’s Michal Kwiatkowski (QuickStep). He’s touted as a future Grand Tour winner but first has to show over eight days, rather than 23 – or should that be 24?

The Tour de France needs more than anything a French GC contender; Rolland proved he’s not dreaming with his ride in the Giro and Roman Bardet (AG2R & France) is on the way up, too – there’d be nowhere better to announce himself than in this race.

The USA provides another two young men who just might be the men to get the Land of the Free back onto Grand Tour podiums – and with no caveats, this time. Tejay van Garderen (BMC) was second in Oman, sixth in Pais Vasco and took a stage and third on GC in Catalonia – he’ll know better than we do that if his Tour challenge is serious then he must perform here.

Andrew Talansky (Garmin) was top ten in the Grand Boucle last year and will want to move up, this year. He’s been quiet so far in 2014 but was just outside the top ten in Romandie and looks to be ramping just right. 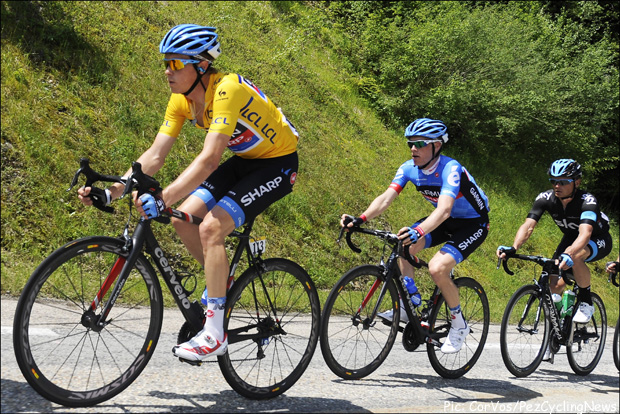 There was a Garmin man in yellow early in the race last year but it wasn’t Talansky – instead it was his Aussie teammate, Rohan Dennis

And finally, let’s have a wee look at the parcours:

Sunday, June 8, Stage 1: Lyon – Lyon, 10 kilometres (individual time trial) – one for the more explosive ‘chronomen’ with 1.8 K of the parcours through a tunnel in Lyon (really!) 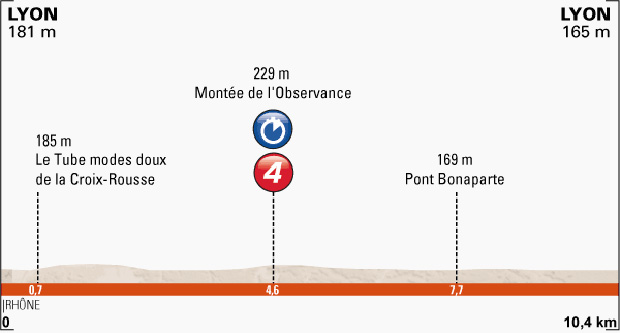 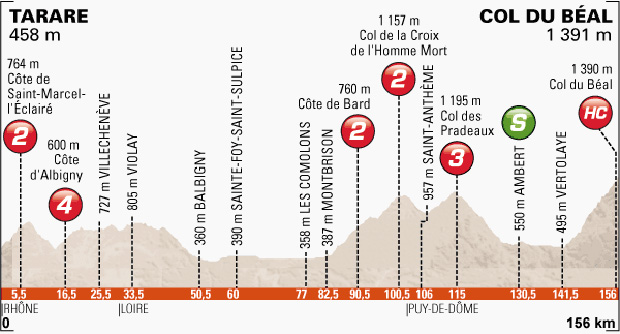 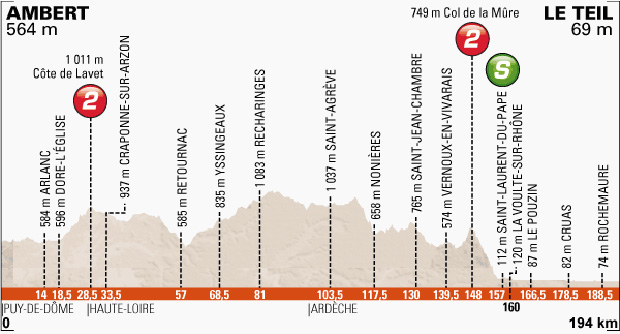 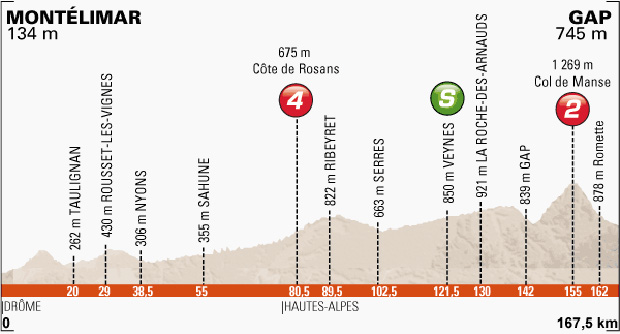 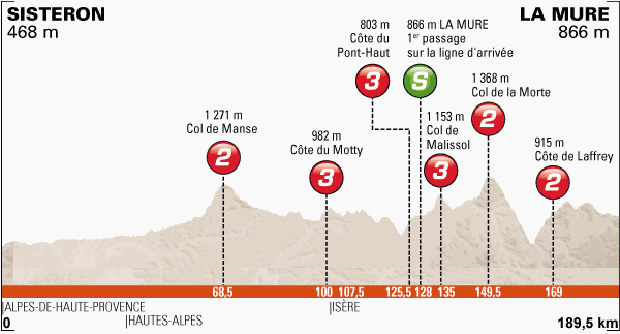 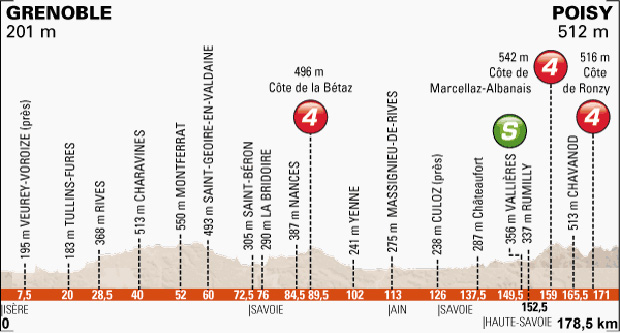 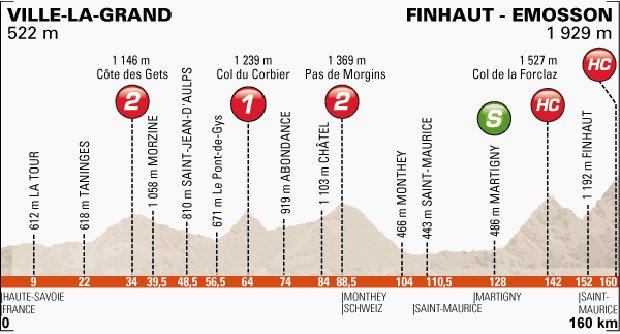 Sunday, June 15, Stage 8: Megève – Courchevel, 130.5 K – and if Saturday wasn’t enough we have a second cat. and three first cat. climbs with a mountain top finish. 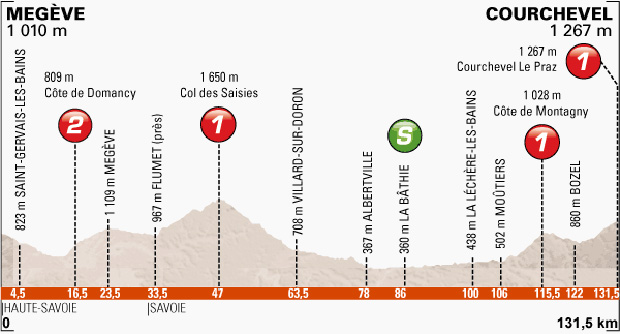 And the winner for me is?