Race preview: For the first time, an elite-level women’s stage race will be held in the UK when Marianne Vos and co. take to the roads of the East Midlands of England from Wednesday. Pez casts an eye over The Friends Life Women’s Tour, an intriguing and long-overdue addition to the calendar.

This new race is not just about Vos though. 16 teams will take the start including the big-hitters from Boels Dolmans, Rabo Liv Women’s Team, Orica-AIS, Specialized-lululemon, Wiggle-Honda, Hitec and Astana BePink. 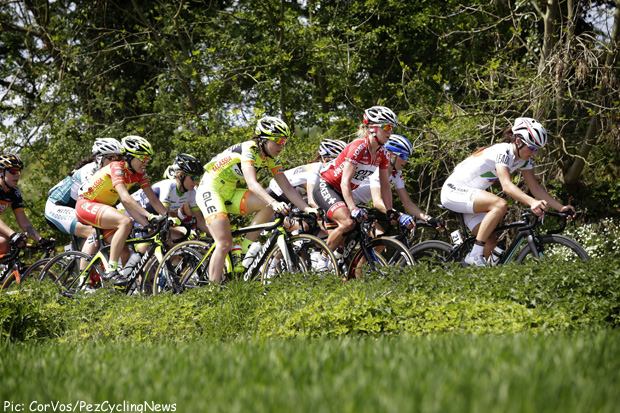 The home fans will have plenty to get excited about – Lizzie Armitstead leads the charge of over twenty Brits, with the Wiggle-Honda trio of Olympic gold medallists Laura Trott, Dani King and Jo Rowsell also on hand. Two-time junior road world champ Lucy Garner is representing the Great Britain national squad meaning that the homegirls will be well represented.

Logistically, it makes sense to have all the stages close together in the East Midlands and East Anglia region – there’s one race HQ and the teams and staff get to stay in the same hotels all the time, so transfers are minimised and costs are kept sensible. It also means fans get five days of action to watch without massive travel arrangements. But, putting my cards on the table, it’s not the perfect scenario. 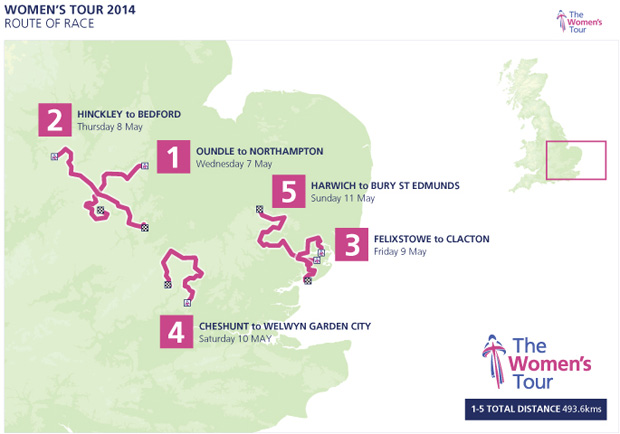 Even Emma Pooley, one of the savviest campaigners in women’s racing has said the debut course: “ … is not currently iconic. It doesn’t have an individual time trial or mountain stages and I think spectators do like to see the impressive, amazing bits of the country. It’s the Tour of Britain, go around Britain a bit!”

The race will not take the riders over any sort of altitude gain that would be recognised in other parts of the country. But at this stage for the women’s sport in the UK that’s not really the issue.

The key to success is that the race has support and goodwill, proper prize money, a title sponsor and TV time – build it up first, and then move it around the country. Maybe next year up in Yorkshire, the year after in the south-west, the year after up in Scotland … which might be independent by then!

Stage one runs from Oundle, an ancient market town inhabited since the Iron Age, to Northampton over 92kms. 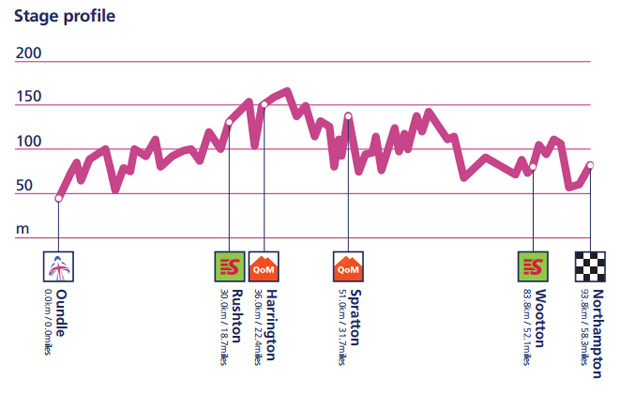 The profile of Stage 1 is similar in profile to all the stages – not too hilly, but not flat either. This stage is bound to be raced at full gas with stage victory and jerseys on the line.

Stage two is the longest of the race over 118kms, running from Hinckley to Bedford, which is one of Britain’s Little Italy havens. About 30% of the population are of Italian descent as a result of immigration to labour in the local brickworks.

Stage three from Felixstowe to Clacton is a seaside special, over 90 kilometers. The finish town was the scene of a notorious 1964 riot between the Mods and the Rockers.

Stage four travels 88kms from Cheshunt to Welwyn Garden City. In contrast to many of the other towns on the race route, WGC is new, founded as a designed garden town in the 1920s and the stage finishes on the iconic Parkway, once “one of the world’s finest urban vistas.”

The fifth and final, Stage 5 rounds off the event on Sunday 11th May racing over 108kms from the ferry port of Harwich inland and north-west to Bury St Edmunds. The finishing town is well-known for brewing so is perfect for a celebratory beer or two!

Of course, with a distance at a snip under 500 kilometers over five days, it’s too easy for some to be sniffy and say: “That’s not a stage race, it’s not hard enough … blah, blah, blah.” Completely missing the point that in women’s elite racing the action goes from kilometer zero … flat-out to the finish. It’s hard racing.

Lizzie Armitstead (Boels Dolmans) – Queen Elizabeth of England will be the number one draw for home fans, after a dazzling World Cup season so far. With a solid team, in for the long haul, Armitstead has the confidence to back up her undoubted talent. She started off meaning business at the Ronde van Drenthe in Holland, and has barely looked back since. 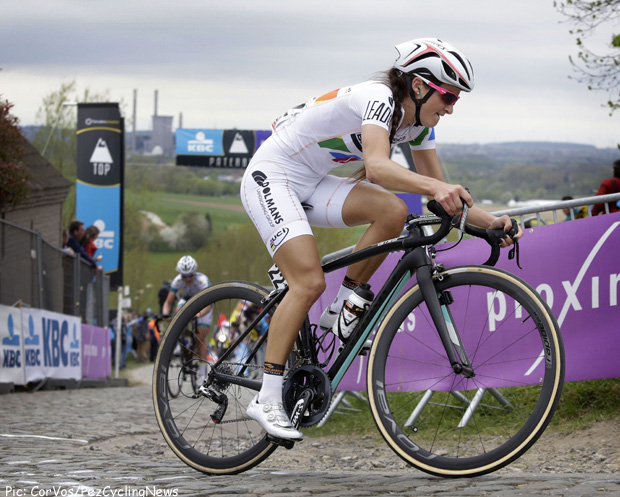 World Cup leader, in superb form and British Champion to boot – Lizzie is sure to be the crowd favorite.

Ellen Van Dijk (Boels Dolmans) – a massive TT motor had always been obvious in the Dutch woman’s armoury, but this year’s Tour of Flanders proved that there’s race craft and desire there, too. No stage against the clock in the Friends Life Women’s Tour, but Van Dijk could rip the race up if the winds cut in off the North Sea.

Marianne Vos (Rabo Liv) – as close to a living legend as the sport has, Vos blitzed the prologue at the Elsy Jacobs stage race in Luxembourg in one of her first appearances on the road this year and then won the 2nd stage there today but the gap between her and the rest is narrowing …

Lucy Garner (Great Britain) – still young, but with a home crowd behind her, the sprinter could turn out to be the perfect poster girl for the race and the women’s sport in the UK. Garner is talented, glamorous and media-savvy, which is exactly what the general press will be looking for to sell the race.

Amy Pieters – Tour of Qatar stage winner and Het Nieuwsblad champion Pieters heads the Netherlands national squad (in the absence of her Giant-Shimano team). The confidence boost provided by that win on a windy day in the desert should show Pieters she really has what it takes to make significant inroads on the top-flight, and she’s smart enough to take advantage of the route’s intricacies this week. 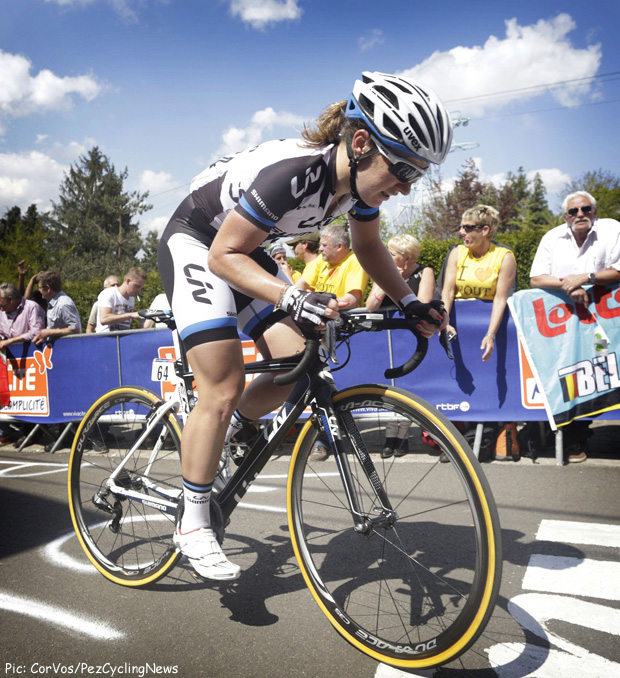 Hannah Barnes (UnitedHealthcare Pro Cycling) – the British criterium ace has been in the wins since stepping up to the top ranks. Back on familiar roads, it’ll be interesting to see what she can do. All five stages could provide her with sprinting opportunities.

Jolanda Neff – the mountain bike queen takes to the tarmac again with the Swiss national squad, and there’ll be a lot of eyes watching just how well she translates her talent after coming off a recent elite XC win in Pietermaritzburg.

Giorgia Bronzini – Italian super sprinter on a squad with a significant British sponsor and four British team-mates? There’ll be pressure on her to perform, but the courses look ideal and I wouldn’t be surprised if Bronzini takes the final yellow jersey. 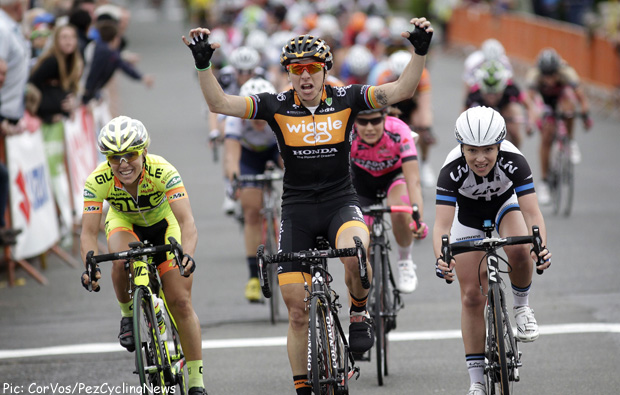 If the stages come down to sprints Bronzini will be an obvious favorite although Britain’s Lucy Garner picture here on the right will certainly be pushing her hard.