Stage 2: Mountains, spectacular scenery and some tough racing. Bruce Hildenbrand was on the ground in Azerbaijan to bring us the latest as the riders took on a very difficult Stage 2.

The second stage of the 2013 Tour of Azerbaijan featured a 183km ride from Baku to Ismayilli. With three categorized climbs and a total ascent of 2300m this was a chance for the overall contenders to come to the head of affairs. And that’s exactly what happened as a group of 22 riders escaped only 15km after the start. With most of the teams represented the group worked smoothly over the first two KOM’s, but on the final KOM 30km from the finish, the leaders were reduced to only five. 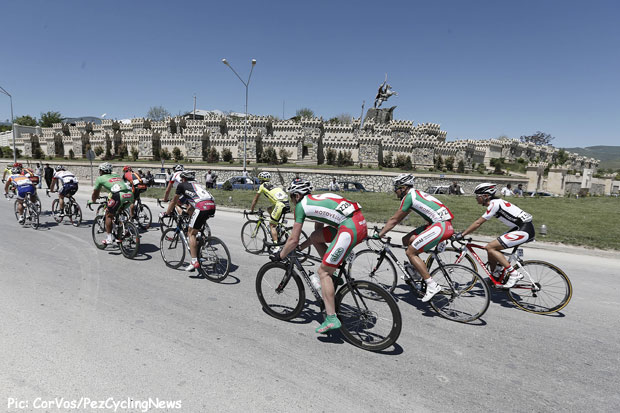 On the final short rise, 7km before the line, Sergiy Grechyn of the Turkish, Torku SekerSpor team attacked his companions and soloed in for the victory. “After 100km I started to feel better and in the finale I was very good,” said Grechyn, whose English is much better than my Ukrainian. 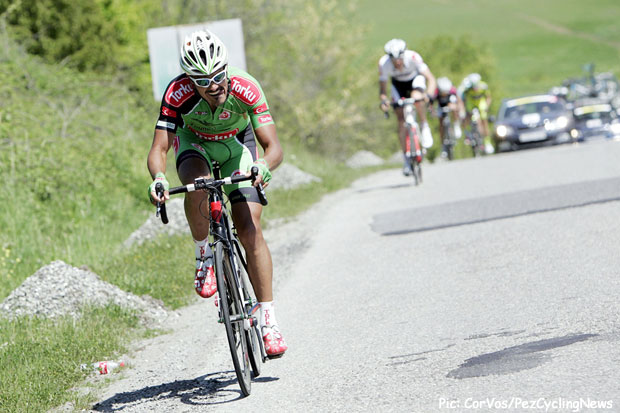 Does he plan to defend the jersey to the finish in Baku? “Now, yes. The whole team was a little tired after the Tour of Turkey, but now I am strong and the whole team is strong.” 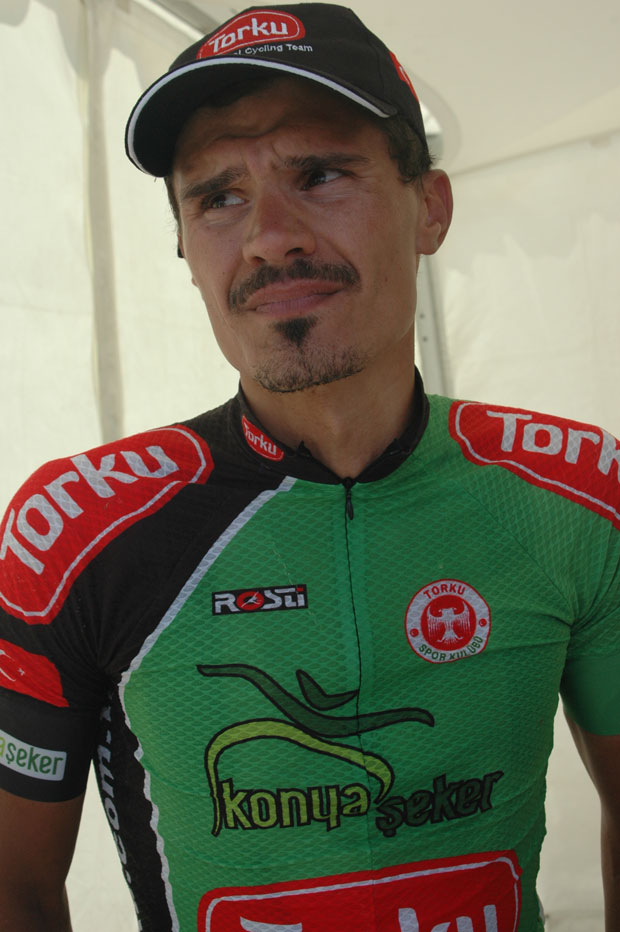 Former Team Sky rider, Jeremy “Jez” Hunt is the Director Sportif of the Baku Cycling Project and has been given the task of improving the level of cycling in Azerbaijan. His early season program seems to be paying dividends. “We brought them [the Azerbaijani riders] to Australia so they could race for five or six weeks to get them to a level where they could race in the Philippines and Thailand.” 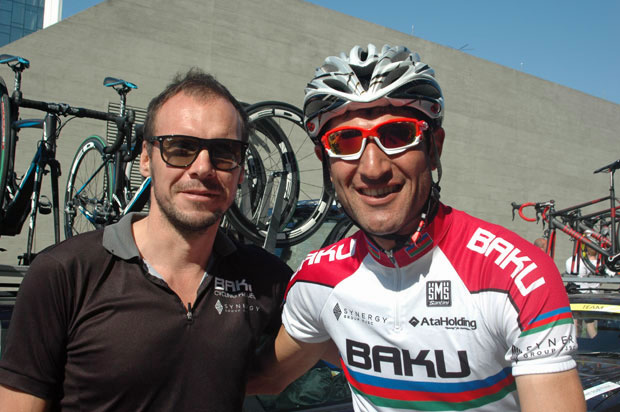 Jez and his team have every right to smile having a very successful start to the Tour so far.

“They have to train consistently and well. They need to ride a lot of kilometers and do some races. And once they learn how to ride a bike and race well and they are training everyday that’s when things start to take shape,” adds Hunt.

“I had them doing crits in Australia because it’s the best way to be on the limit and learn to ride well is in a crit. Things happen so quickly. Then we took them to Thailand and the Philippines and they got in some breakaways. They all finished the races apart from one guy.”

And what is the mood of the Azerbaijani riders? “They love it, really. But they are just happy to be racing! They loved the riding and racing in Australia. I even took them to the track. They were loving it there as well. I just want to get them to enjoy themselves,” said Hunt.

“And we are finding out who really wants to ride a bike and who thinks that maybe they don’t have to train that hard. I have found that out already. When I am knocking on the door at 10am to go training and there is one guy in bed you know he’s not really there to make it.”

David McQuaid, son of UCI president Pat McQuaid, is on the management side of the team. He explains the business aspects. “It is a private sponsor [Synergy] who is backing the team but it is a government initiative.” 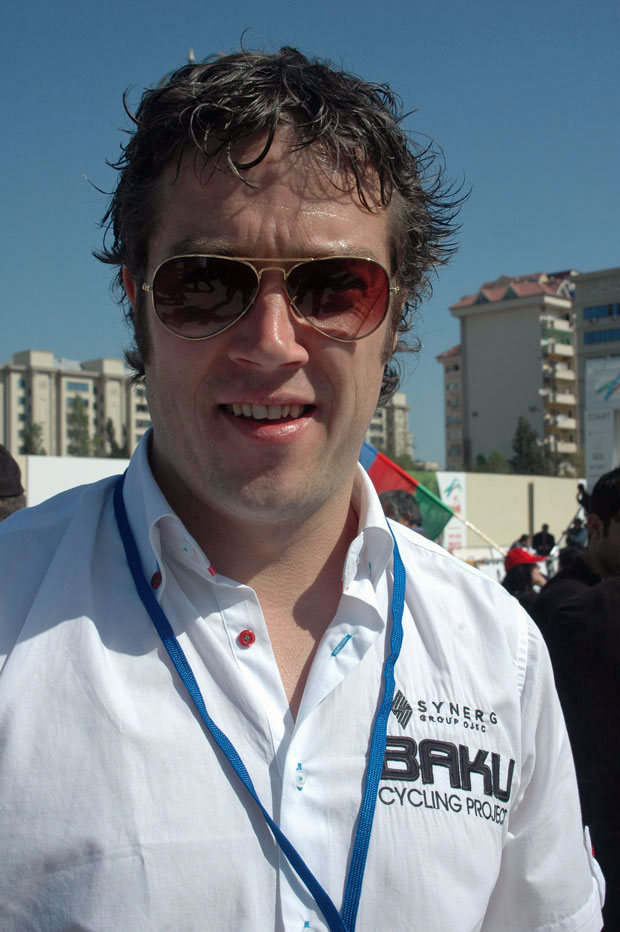 David McQuaid is one of the brains behind this well connected team on their way up.

“Azerbaijan used to be a very strong cycling region during the Soviet occupation and since then, as a sport it has fallen off the map here. There are some really good riders in the under-18 category now. One of Jeremy’s jobs is to keep bringing them up a level and from the outside looking in try and improve the cycling in Azerbaijan,” adds McQuaid.

In His Own Words: Sport Director Neil Stephens Previews the Giro d’Italia