Pro Interview: One of the new signings for Garmin-Sharp this year was Portugese climber André Cardoso. Often seen at the front during the Giro working tirelessly for his team leader we thought it was time to catch up with André to find out more about him and see how he is feeling in his first year at World Tour level.

In the ‘unsung heroes of the Giro’ tray, very near the top of the pile has to be Garmin’s Portuguese climber, Andre Cardoso. Everyone thought it was all over for Ryder Hesjedal after the Garmin squad’s disastrous TTT in Belfast – but the big Canadian charged back into the top ten and it looked like he just may be able to reach the podium until those savage last few days meant he had to be content with ninth overall.

Cardoso was the man given the job of looking after Hesjedal in the mountains – a task he stuck to with dogged determination. 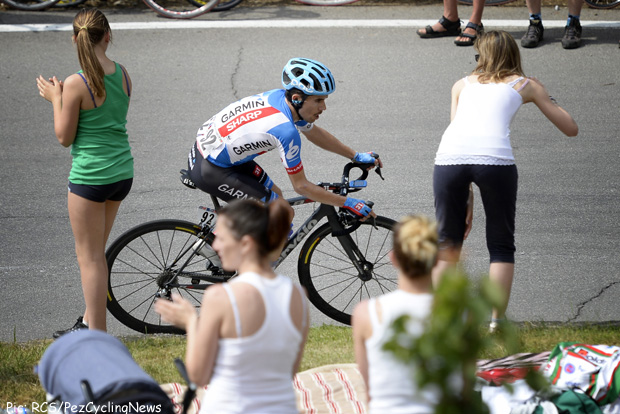 The 29 year-old from Porto has been on the scene for a long time, only moving to Cycling’s top tier, this season.

In 2003 he rode for Portuguese team Barbot-Neves-Gondomar moving to another home team, Gondomar for season 2004 when he placed eighth in the Volta a Portugal do Futuro – ‘The Tour of Portugal of the Future.’ A year later with Santa Maria da Feira he won the same race, taking a stage en route to his GC triumph.

In 2006 he rode for Paredes-Rota dos Moveis, staying with the team through 2007 and 2008 as it became Fercase-Rota dos Moveis; taking fifth in the Portuguese Elite Road race Championship in that final year as well as riding the Beijing Olympics.

The team for 2009 was Palmeiras Resort-Tavira and there was a top ten in the Volta (Tour of Portugal) and a top 20 in the Elite Worlds Road race.

Staying with the team in 2010 he was again top ten in the Volta and 15th in the Worlds. With the team becoming Tavira-Prio for 2011 he took the ‘queen’ stage in the Volta on the way to finishing second on GC behind team mate Ricardo Mestre.

In 2012 he moved out of home teams for the first time to ride for Pro Continental Spanish team, Caja Rural with a top 10 in the Tour of Turkey and 21st in the Vuelta his best results. 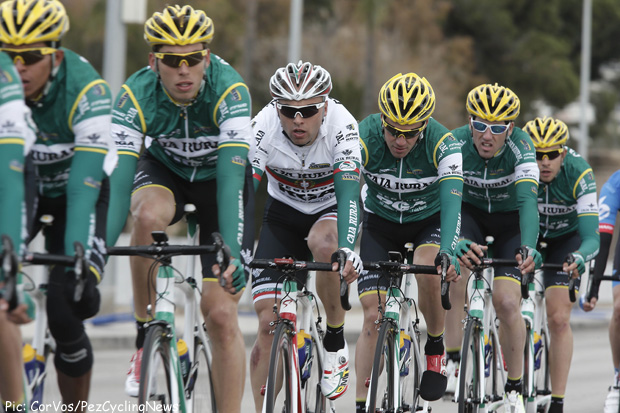 His best result this year prior to his sterling Giro – in which he finished 20th – was fourth in the GP Indurain.

PEZ caught up with him at the Tour of Switzerland:

PEZ: You were second in the Volta in 2011, Andre; tell us about that ride, please.
It was a highlight of my career and I will never forget it. I won the queen stage, finished second overall and my teammate won the overall. I remember I felt good but I never thought about winning.

As a team we were very consistent, united and were all friends so had a great atmosphere in the team. I try to always have these values with my teammates.

PEZ: How did you get the Garmin ride?
I always aim to have a solid season, and I started gaining momentum in 2012. In 2013 I really stepped it up a level with many outstanding results which turned out to be important in my coming to the Garmin team. 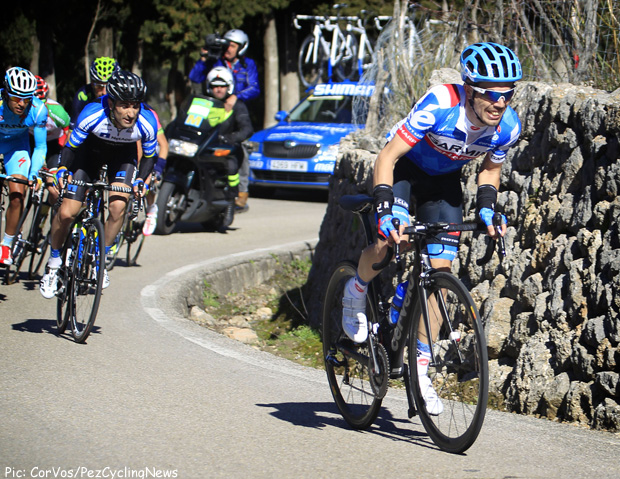 PEZ: Caja Rural to Garmin; Pro Continental to World Tour – what are the biggest differences?
With Caja Rural I learned a lot and grew. It is a humble team with good conditions and fantastic people. In Garmin I’m happy and found another fantastic group of people. If you compare the two, the conditions are somewhat different and in Garmin there are little details that help make a difference in the races.

PEZ: That nightmare Giro TTT in Belfast – tell us about it, please.
It’s not something that we want to remember! Everything was going smoothly, we were organized and setting a good time. 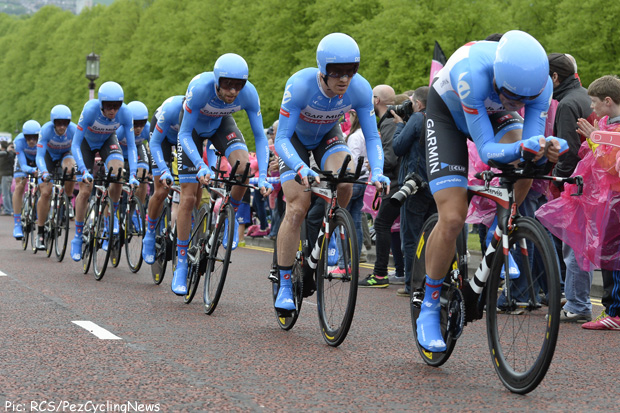 Unfortunately the tragic fall happened and we ended up last. That stuff happens in cycling, it happened to Dan Martin yet it could have been any other rider. Such is life.

PEZ: That transfer from Ireland to Southern Italy must have been tough?
In my head I wanted to reach Southern Italy quickly; but things were difficult before we even got there with four crashes. It did not make for an easy race for the first stages in Italy – but day by day I overcame the bad start.

PEZ: You rode selflessly for Ryder in the Giro – was that your job from the start or did it just ‘happen?’
My mission has always been to ride in support of Ryder and it was with this mindset that I prepared for the race. He is a great leader and I don’t have any problems working for someone like Ryder.

PEZ: Was Zoncolan the toughest day of the Giro?
Yes, Zoncolan was definitely the hardest day. You’re already at the end of the Giro and your energy levels are limited. After a while on the climb, I was going well and that turned out to be very important in supporting Ryder – that makes me happy. 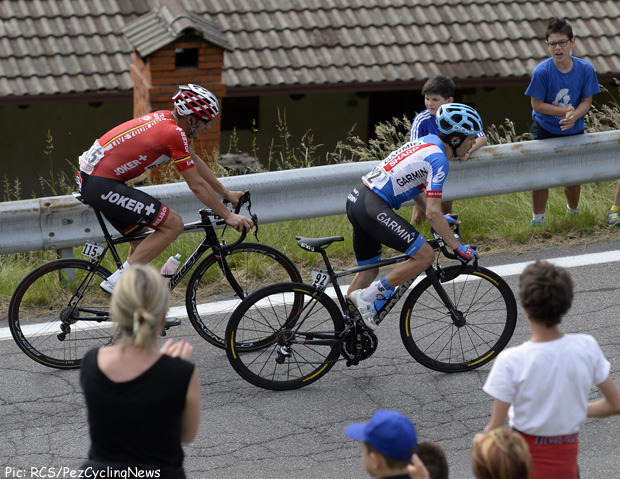 On the attack at the Giro on Stage 15

PEZ: You’ve ridden the Vuelta twice – how does it compare to the Giro?
Well, I did not find it that different. Maybe the mountains are longer and some stages are colder in the Giro but in Italy you find this very beautiful country and it was great to see it.

PEZ: You went to Switzerland without much rest after the Giro – you must be tired?
I feel my body needs rest now but the pace of the Giro is much harder and faster than here and that has prepared me well.

PEZ: Tell us a little about the Portuguese professional scene please?
Biking in Portugal is going through a difficult phase, reflecting the economy but the Portuguese are fighters and will make a comeback, I hope and believe so. There is so much talent in Portugal and they deserve opportunities.

PEZ: 2013 was your breakthrough year – why do you think it all came together?
When I joined Caja Rural it was a case of racing more internationally. In 2013, it was only my second year out of Portugal, I believe that my first year was adapting to the new conditions and gaining more knowledge – and for 2013 I knew my abilities and what I could achieve.

PEZ: Which of all your race performances are you most proud of?
I am Portuguese and I am proud to have won the queen stage of the Tour of Portugal – but my result on the Angliru in the 2013 Vuelta a España was also very important for me. I finished fifth with some of the best riders in the world.

PEZ: Describe yourself as a rider, please.
I’m a climber; it’s as simple as that!

PEZ: What are your goals for the rest of 2014 and for the future?
After Suisse, I am looking forward to some rest; then the goal is to be at the same level as I was at for the Giro in the Vuelta a España. I will be supporting my leader and hope to be in top shape.