One of the revelations of this year’s Giro has been Estonian Road Race Champion, Tanel Kangert. He was the man seen most often at the side of his Capo, Giro winner, Vincenzo Nibali (Astana & Italy) when the chips were down in the high mountains.

Kangert was a successful junior in Estonia before moving to France to race in the amateur ranks. He was offered a stagiaire place with AG2R at the end of 2007 and signed with the team for seasons 2008 and 2009. But the results weren’t what rider or team expected and he reverted to the amateur ranks in France for 2010.

Good results caught the eye of Astana and for season 2011 he joined the Kazakh team.

Last season was his best to date, winning the Estonian road race championship and a stage in the Tour of Switzerland. 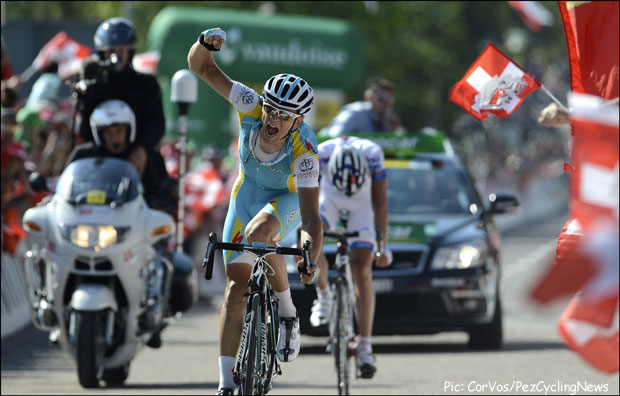 On the day Stage 19 was abandoned due to snow on the high passes in the Giro, Kangert took time to chat to PEZ about his career and being the right hand man to the maglia rosa.

PEZ: What’s the race scene like in Estonia ?
It’s getting bigger, especially on the road – the last ten years have seen it become very popular. The level is pretty good and there are more and more races – you don’t have to go abroad so early. When I left the junior ranks I had no choice but to go to France if I wanted to progress.

PEZ: How did you get into cycling ?
My family wasn’t really sporty and when I was at school I tried all sorts of sports. It was when my school friend Rein Taaramae (current Estonian Time Trial Champion and Cofidis rider) went to France to race, I got more serious. I remember him telling me; ‘they even give you a bicycle!’

PEZ: You were with AG2R for two seasons.
I rode two years amateur in France and had some pretty good results, so at the end of 2007 AG2R gave me a place as a stagiaire then a contract for two years.

PEZ: Then you went back amateur for a season.
I didn’t really have much choice, I’d had health problems and the time away from the professional scene gave me time to re-find my confidence and enjoy racing, again. And it was good to have the freedom to race where I wanted.

PEZ: How did you get the ride with Astana ?
Jaan Kirsipuu (former multiple Estonian Champion and Tour de France yellow jersey holder) hinted to Alexandre Vinokourov that I was going well. And there was a connection, the team I rode for in St. Etienne was the one which Vino rode for as an amateur – he still keeps in touch with them. 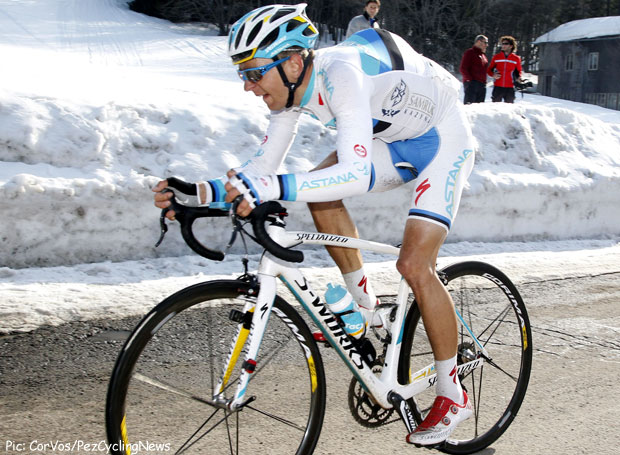 PEZ: How does Astana compare to AG2R ?
The biggest difference is in me, I’ve matured since then – I was only 21/22 and I think it was all a little too early. I had the physical ability but mentally it was too soon for the Pro Tour. I like it in Astana because we have riders from 10 or 11 nations, all with different backgrounds.

I think if you have a team where there a lot of riders from the same nation then little groups form. I think that at Astana we’re more unified because we’re from all different nations.

PEZ: How was your Giro build up ?
I had health problems so didn’t perform as well as I’d like at the Pays Basque. Because of those problems I didn’t attend the altitude training camps for the Giro so didn’t really do anything especially to prepare for the race.

PEZ: What’s been the hardest stage, so far ?
I’ve been feeling good almost every day – I mean I never had a day where I suffered for the whole stage. But the 10th stage – the won Uran won – I was bad at the end. I didn’t eat enough and in the finale I couldn’t help Vincenzo.

The weather has been bad and whilst no one enjoys the cold and rain, I can cope with it. But I do feel the cold more than I used to because I’m so skinny. I’m more or less the same weight I was as an amateur but I think I have more muscle now and less fat. 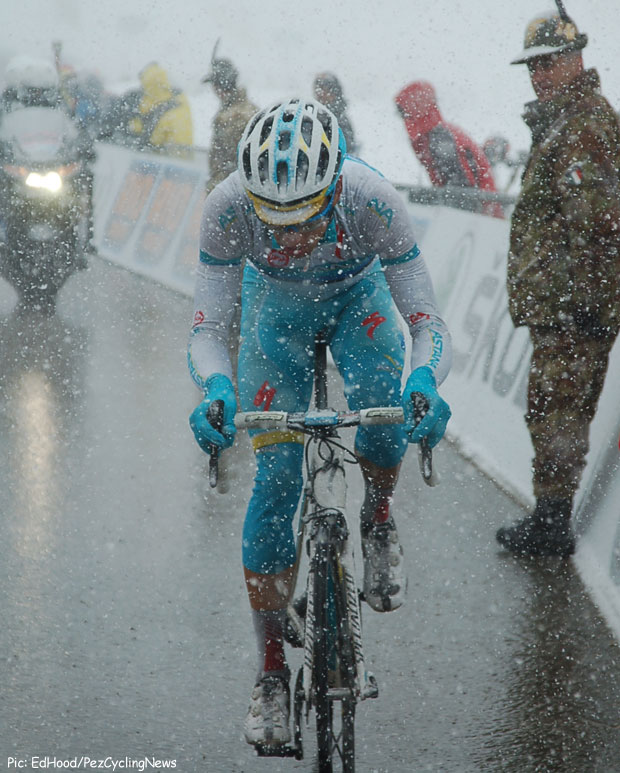 PEZ: Stage 16, you were close to the win . . .
To come so close and miss it is a shame, but credit to Intxausti, he’s a fast guy. I have no regrets, I haven’t even seen a video of the stage, I don’t look back, I look forward and think about tomorrow, not yesterday.

PEZ: Have you managed to escape the illnesses ?
Half the peloton has had problems with their health on this race – I had a sore throat, but nothing to be too concerned about.

PEZ: Does being on the maglia rosa team make life easier in the peloton ?
Maybe it’s just me thinking it; but yes it does seem like it’s easier to move through the peloton – and maybe having the National Champion’s jersey helps, too ?

PEZ: What’s the hardest part of the job ?
On hard stages I have to stay with Vincenzo as long as possible; at least until three kilometres to go – to help in the finale is pretty hard . .

It’s a role where you have to go deep every day. 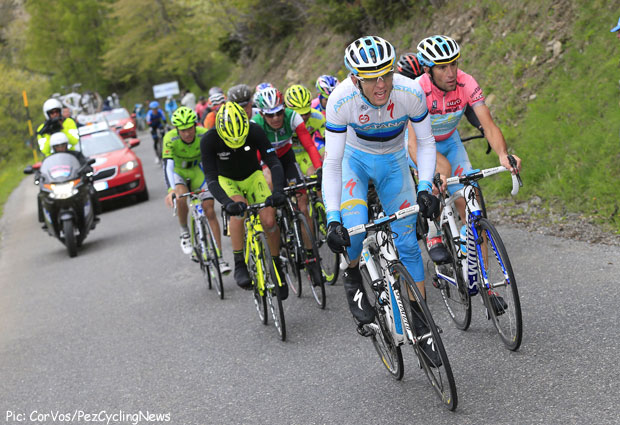 PEZ: How did you tackle the mountain time trial?
I was given the choice of how to ride it by the team. In the event I rode at 90% because I didn’t want to go full gas and then maybe be lacking in the finale today and not be able to help my leader. It’s a shame because we’re not racing today, but you can’t take risks.

I rode mainly on feeling in the time trial and was listening to what the team was telling me on the radio.

PEZ: Today’s lost stage, are you glad or sad ?
I’d rather race; I see every morning as the start of an opportunity. I’m happy to race!

But the organisers made the right decision, safety is the first concern. I did 90 minutes today, just to keep my rhythm – on the first rest day we actually climbed the Galibier.

PEZ: Vincenzo looks good . .
His riding has been great, so far. His performances give us all strength, he shows no sign of weakness or stress – he knows what his own ability is and doesn’t worry about the things that don’t matter.

There’s much stress with the maglia rosa; all the presentations, press conferences, it all takes energy – but he was born the way he is and deals with it all.

PEZ: And you’ve been getting a lot of attention . .
I’ve had more attention than I’ve ever had in this race. I’m not complaining – it’s nice that people know me.

PEZ: A beer and a pizza after Brescia?
No, I relax, but not that much! I look forward to holding my form to the Tour de Suisse – it’s my favourite race.

With thanks to Astana Press Officer Chris Baldwin for making the interview possible at short notice.

Giro d’Italia: So Much Pink Excitement for SIDI!