Team BMC’s Chris Butler – listed at 5-foot-11, 137 pounds – is a natural climber. But hills around his native South Carolina aren’t the only things he’s been scaling. The 22-year-old has ascended from a novice Cat. 5 racer as a college student in 2007 to a new pro with Team BMC this year.

His mentor, teammate, and fellow Greenville, South Carolina, resident George Hincapie sees big potential in Butler: “He’s a great climber and if he continues to improve on his climbing as he gets older, he’ll get even stronger. If he learns how to position himself well in the peloton in these European races, he’ll have come a long ways.”

Butler, who has already raced the Tour of California this year, will be riding the Tour of Austria July 4-11. He’s a young U.S. rider to keep an eye on, so PEZ caught up with him at the recent TD Bank Philadelphia International Cycling Championship.

PEZ: You got serious about racing through collegiate cycling?
I started out my freshman year in college. I bought my Cat. 5 license in 2007. It just kind of evolved over four years. 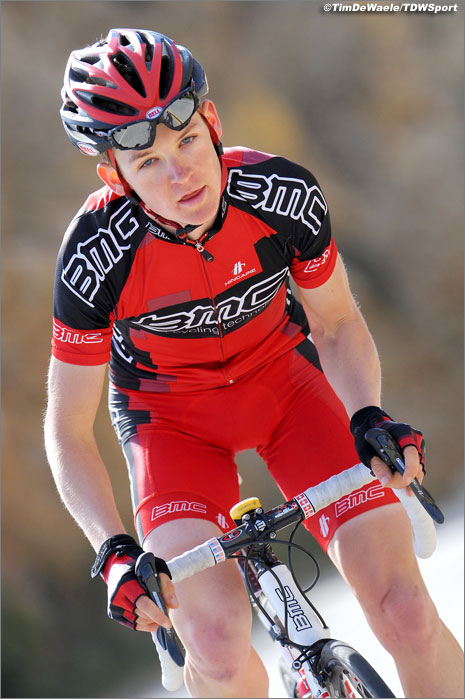 PEZ: What got you into it?
I went to Furman University in Greenville, South Carolina, which is a great place to ride. George Hincapie lives there. My relationship with him has gotten really close to where we train like every day. He’s been a great mentor.

PEZ: What kinds of things have you learned from training with him?
He’s just the ultimate professional. He’s so well mannered and polished. He knows how to handle himself, from training, to media to everything. People pay so much money to see him… a charity dinner with him. I get to ride with him five hours a day by myself. I’m pretty lucky.

PEZ: How did you first meet him?
His brother, Rich, has a development team…. I just started out on that.

PEZ: Are you to the point now on the steep climbs, can you get him?
Well, that’s like my specialty: the steep stuff. We’re pretty close on that. If we ever do a flat interval, I’m definitely hurting more. If we ever do an interval on a time-trial bike, which is rare, I’m suffering pretty good…. 90 percent are intervals on the climbs, so I can manage that pretty well.

PEZ: You’re still so young. What’s this season been like for you being on this big team?
It’s obviously tougher, but I was on USA Cycling’s Under 23 National Developmental Team (which included a big dose of mud-wind-rain-and-cobblestone Belgian racing) for a few years and that prepares you just so damn well. It’s probably the best preparation you can get.

PEZ: Was that particularly hard because Belgian-type racing isn’t probably the most naturally suited for you?
Exactly. It was like double hard for me because of level is really hard and then the type of racing is pretty difficult, too.

PEZ: What were those early races like when you were doing a kermesse or a flat race?
I’m still not good at kermesses. I’m pretty weak in the crosswinds…I’ll have to work on that. But every time you do one you just get so much stronger. 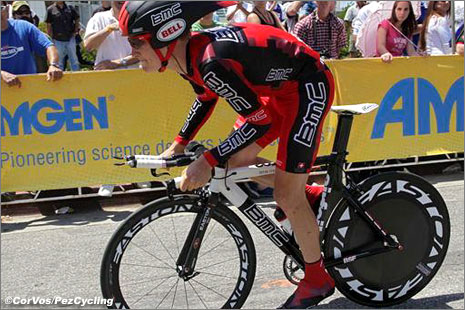 Chris Butler riding to 41st place overall at the Tour of California.

PEZ: What did you major in college?
It was pretty tough. Furman University is a small private school. Most people haven’t heard of it, but it was a hard school. It was like four hours of homework a night.

I actually was fortunate enough get a scholarship…. I actually ended up double majoring in economics and accounting. So, I mean freshman and sophomore years when I wasn’t as serious it was tough but doable. And then just last spring semester was pretty gnarly with all of the traveling, going to Italy mid-semester. So, it got progressively tougher.

PEZ: Was there anything that happened in the Tour of California that was really just like, welcome to the pros? Any time someone really just took off or the pace just got unbelievably fast?
One time I was stuck in a crash. I got up pretty quickly, and this other dude pretty quickly with me. It was Tom Boonen. I hopped on his wheel for two seconds. He was killing it. I was like no, I can’t do that. So, I just sat up and waited for the car. It took me like 20 minutes to catch back on. Then I asked some of my friends, ‘Man, it took me forever to catch back on. Like, you guys must have been killing it.’ They’re like, ‘Yeah, Boonen was at the front drilling it in the crosswind.’ So he gone to the front and was killing it. It’s just crazy.

PEZ: Have you picked up any languages yet? Italian or Dutch or whatever?
I took Spanish in school. I took an intro to German class, but I can’t speak it. So, mainly Spanish. This year I’m going to Lucca, Italy, so hopefully I pick up a few words of Italian.

PEZ: What is the language of the pack these days?
Most people speak English…. I’d say 99 percent of the curse words are in English. 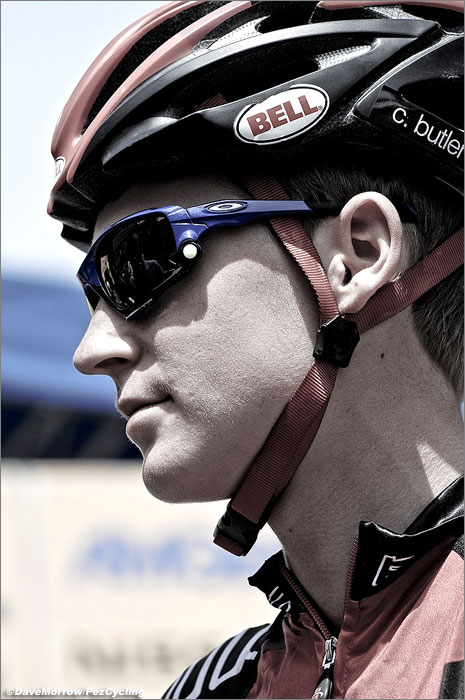 Dan Fleeman Looks Back At The UK Championships