Costa Rica has already produced a Giro stage winner in Movistar’s Andrey Amador; who won Stage 14 of the 2012 edition of the Italian race. And in 25 year-old Gregory Brenes, Champion System might just have the next star to emerge from the small country occupying the isthmus which links the north and South American continents.

The man from Capallades signed with Asia’s only Pro Continental team on August 1st and immediately rewarded their faith with top class performances in the Tours of Utah and Colorado. His palmares include a whole raft of stage wins, podium and top GC finishes in Central America – including his home country of Costa Rica, Guatemala, Panama, the Dominican Republic and Mexico; not to mention Colombia and Ecuador on the South American continent.

But his palmares also include strong placings all over Europe, including a win in Belgium in Limes – never an easy result to achieve. He’s also been a Pan Am Championships and Games medallist on more than one occasion. Champion’s Sean Weide put us in touch with Gregory at his Costa Rican home not long after Colorado; here’s what he had to say: 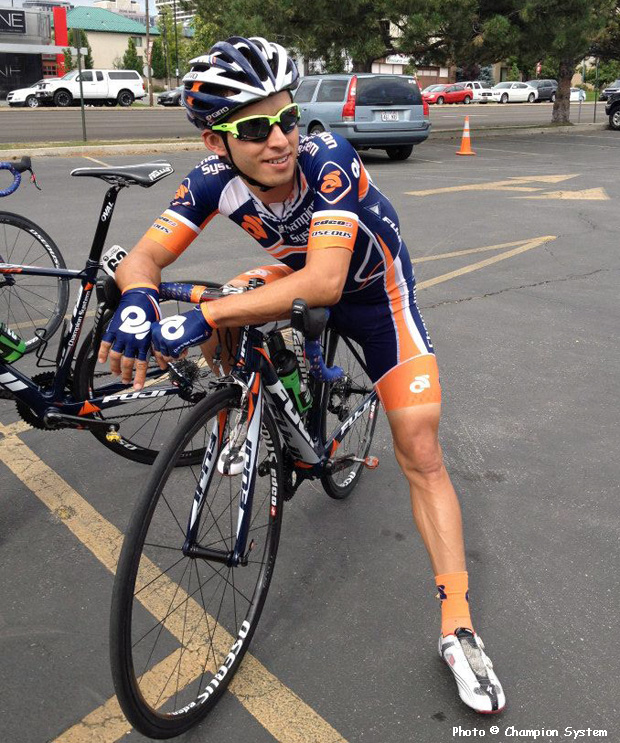 PEZ: Colorado was a real breakthrough for you with fifth on the queen stage and sixth overall – tell us about your performances in the race, please.

Gregory Brenes: For me, it was a good performance; I always think when I start a race that there is the possibility for me to improve. Colorado came after I produced my good performance in Utah as part of my preparation.

PEZ: You were 15th in Utah but then moved up in Colorado to sixth – what do you put that down to?

I had a good feeling in the early days of the Tour of Utah; but the last two stages cost me a bit. It’s hard to compete at the highest level for a long period, but I think I gained some good race fitness in Utah and it helped me ride well in Colorado. 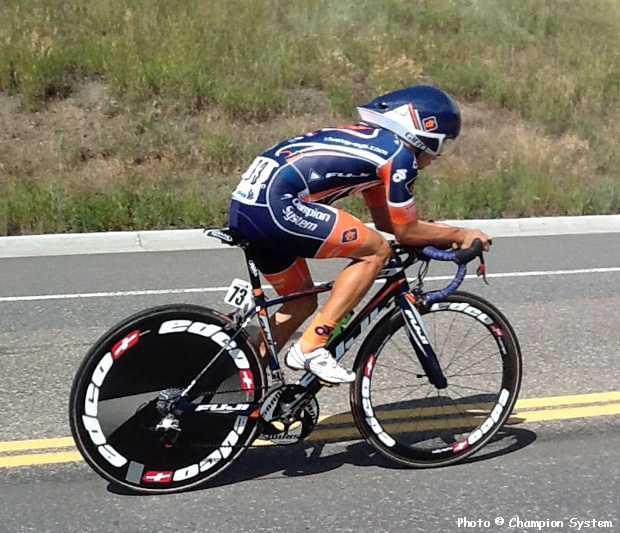 Not just a climber, Brenes can also time trial well taking 15th in Colorado in the race against the clock.

PEZ: You cope with the altitude very well.

My training camp where I prepare is between 1,700 meters and 3,400 meters, which is why I am so good at altitude.

It was a radical change. There is so much more organization with the Champion System Pro Cycling Team; plus we are competing in much better races – so a lot of things are different.

PEZ: How did it feel to be rubbing shoulders with van Garderen, Danielson, Horner and all the rest?

The feeling was normal – we see them on the covers of magazines and they are seen more in the media; but on the bike we all have the same opportunities. But being there, with this class of riders, proved to me that I still have some ways to go in cycling. 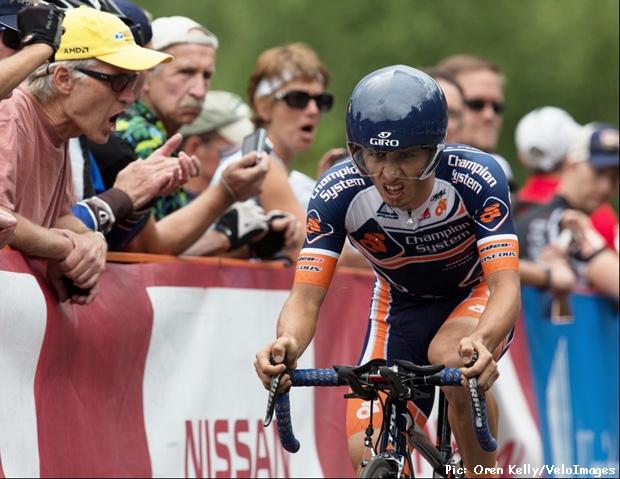 PEZ: How did you get into cycling?

It was 13 years ago, when I was 12 years-old. A talent finder wanted children in my village – I enrolled in the program and so it began.

PEZ: What’s the race scene like in Central America?

In Central America, it is always difficult to excel in the sport. You can get by with the support of the family but it would be good if we could encourage companies to invest in cycling.

PEZ: How well known are you at home – do the media report on your successes?

Yes, my rides in Utah and Colorado attracted Media attention here at home – even before leaving to start those competitions I was getting a lot of attention. So the media was keeping a good eye on me in those races.

In 2008 I was racing on an amateur cycling team in Belgium, although the geography and climate did not help me much, I learned to ride and won several competitions in one of the places in the world where cycling is taken very seriously and is hard fought.

PEZ: How did you cope with the weather?

When I get somewhere out of Costa Rica, I don’t usually have a problem with the weather. You know that it will take a few days for adaptation; but it’s more difficult to return home when the relative humidity is very high – so it actually takes me longer re-adjust to my own country.

PEZ: In 2009 you rode for a Luxembourg team – how did that come about and how did it go for you?

In 2009, due to my results in Belgium a team from Luxembourg, Continental Team Differdange, signed me – but it was not my best experience.

PEZ: Then in 2010 you rode for a Spanish team – how did you get the ride and how was the experience?

In 2010 I started working with Javier Albarracin, my manager. He found me that team, Burgos 2016 – then things improved a little for me there.

I had good results in Asturias and l’Avenir, yes but I felt that I was just lucky to remain racing in Europe. At the end of that year I signed with the continental Movistar team where I rode 2011 and 12. 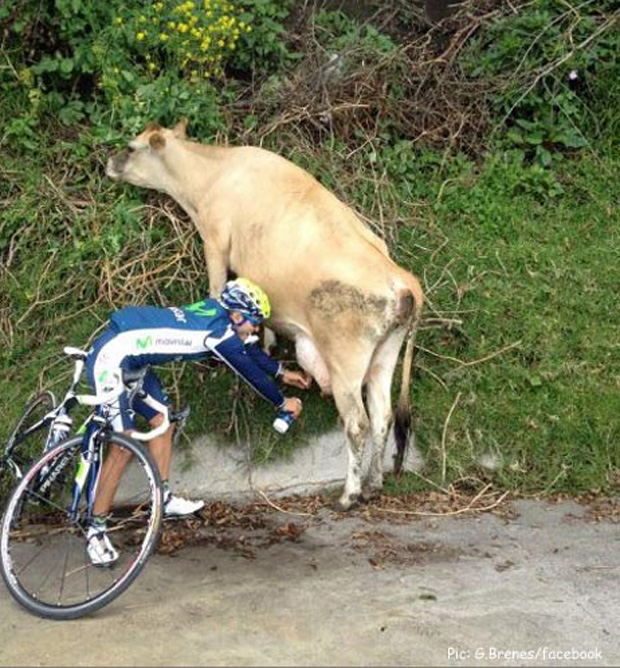 The first time many of us here at PEZ heard the name Gregory Brenes was from this classic photo that was featured on the PEZ facebook page of Gregory stopping during a training ride in his Movistar Continental days for some refreshments . . .

PEZ: But you had no contract for the first part of this year – how did you get a race programme together?

This year I have been riding with the amateur national team of my country. I had already signed for this year with Movistar but at the end of last year they said I did not have a ride with the team which meant it was difficult to get another contract and equipment.

PEZ: How did the Champion System ride come about?

My manager helped me find the spot with the Champion System Pro Cycling Team this year and it has worked out great.

PEZ: Will you be riding the Worlds?

In principle, I am registered and the federation has told me. But we have not made a final decision yet so my plans are not certain.

Personally I expect a lot from myself; with continuity of teams and now that I have a good coach helping to prepare my training. I expect my performances to continue to get better and I’m looking forward to 2014. I have had a great experience with the Champion System Pro Cycling Team, and I’m looking forward to some more good results later this year, and next year as well.