Jussi Veikkanen is a man who’s worn the KOM jersey at the Tour de France, ridden and finished all three GrandTours and worked as a domestique for some of the best in the game in his 9 seasons as a professional. PEZ caught up with the experienced FDJ man in France just before he headed off to start his 6th Giro d’Italia.

Recently I was at Mont Ventoux in the beautiful Southern Alps in France where I met FDJ pro Jussi Veikkanen. Luckily for me I didn’t meet him on the mountain itself but instead at the bottom in the charming village of Bedoin where Jussi was the guest speaker at Polar Heart Rate Monitor’s product launch of their RC3 GPS Tour de France unit. The guys at Polar did a great job in getting Jussi to come along to talk about the use of heart rate monitors in the pro peloton as he’s a very experienced pro, has been using heart rate monitors since he was 13 and is a great speaker. He’s also Finnish just like Polar so I guess that tied in nicely too but it was his easy going nature and interesting conversation which made him a perfect guest speaker.

During his question and answer session with the 30 or so assembled journalists from around the world Jussi explained his life as a pro and recounted some of his experiences and generally kept us entertained. After travelling to many races over the years and seeing Jussi but never actually talking to him it was a pleasure to hear what an interesting guy and how open to discussion he was. After Jussi’s presentation was concluded I managed to get to talk to him face to face and question him just a bit further just a short time before he headed off to Italy to take on the Giro d’Italia as part of the FDJ team. 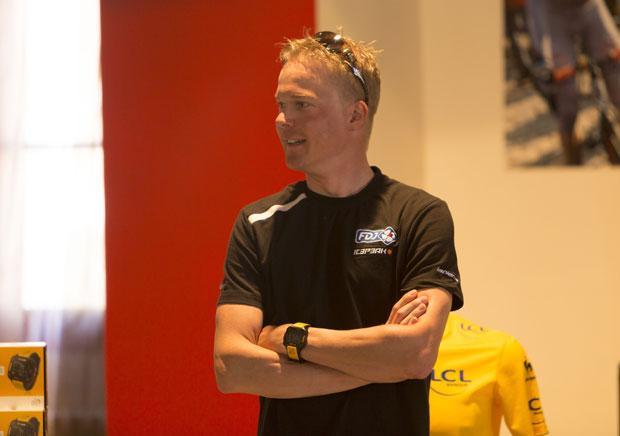 PEZ: A Finnish guy on a French team. What’s that like?
Ha ha… a good question! Now it’s ok. The first year as an amateur I rode in France and when I arrived I didn’t know the language and the culture and it was my second time in the country. I was feeling a little lost but I was lucky I started with VC Roubaix, up north it’s a good amateur team. They also had a group of my age riders and they helped me a lot get used to the language and everything. I’m thankful to them that I got used to the life in France.

PEZ: In FDJ in years gone by there were a few foreigners in the team with in particular some Australians and Belgians, but now it’s mostly French?
Yeah, I think we are three foreigners now this year. Fischer (Brazilian, Murillo Fischer), me and Dominique Rollin (Canada) and David Boucher (PEZ ran into David at Paris-Roubaix and ended up giving him a lift after a mechanical) but he changed his nationality to Belgian from French so we’re not as many foreigners as before. Before there was the Australian group and then a few years ago there was Lovkvist (Thomas) and Larsson (Gustav) and a few Swedish guys and then the Belgian mafia with Phil (Gilbert) and a few other Belgian guys but now it’s more and more French and they have a good group and good riders and it’s working good like that.

PEZ: This year was the second time you’ve made the top 10 at the Tour Down Under after coming off a dark winter in Finland with just cross country skiing as your training. How do you do it?
The way of racing and the stages in TDU suits me well, so I’ve always tried to go there with good legs. This year I went there almost straight from Finland, using cross-country skiing and trackbike as preparation. I guess I trained hard enough on skis (700kms in a month) so that my physical condition was ready for the race. 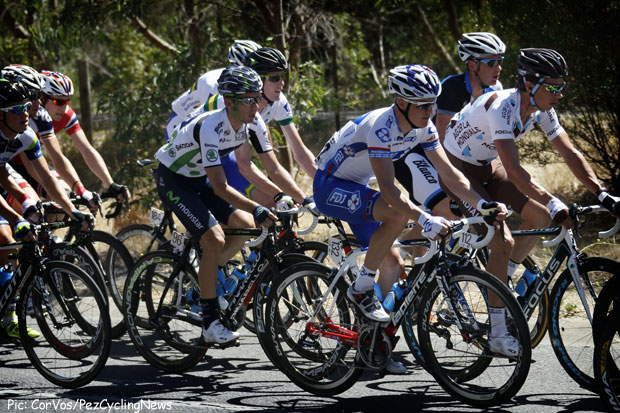 Jussi climbing with the best at this year’s TDU on his way to a fine 10th place on GC and the valuable WorldTour points that go with it.

PEZ: In your career you’ve also performed well at other early season races like the Tour du Med and the Haut Var, do you consider yourself something of an early season specialist?
Every winter I say to myself not to be in a good shape too early, but there are some races that I really like. Also maybe there is more opportunities in early season races for a rider like me as the team leaders are peaking their form for the bigger races later in spring. 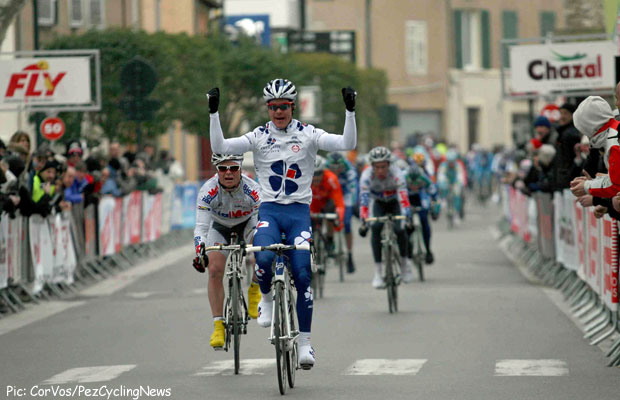 Getting a great stage win at the 2010 Tour du Med.

PEZ: After many years as a pro you’ve now raced the classics, the small tours and have finished all the GrandTours, do you have a favorite racing style? Small tours, Classics, GrandTours?
I try to choose mostly hilly small tours in my racing program with one big tour each year.

PEZ: With such a heavy schedule for racers these days from January to October do yourself and the FDJ trainer closely monitor residual fatigue to try and keep you fresh? Or are breaks in your season pre-planned? Can you book your holidays in advance as a modern day pro rider?
Our team coach and doctor monitors riders fatique with regular health check ups and also use the RR heart rate data to see where we are going. Every rider’s race calendar is planned ahead so that the rider can have a proper break for resting and training between the competition blocks. That doesn’t mean planned holidays though, holiday time is in October/November after the last races on calendar.

PEZ: With two top sprinters in the team in Nacer Bouhanni & Arnaud Démarre plus GC hopes like Thibaut Pinot & Arnold Jeannesson your work as a domestique seems to be getting busier and busier at FDJ. Is it the case?
Yes we have a good group of young talents, that are really taking their leader status seriously. It means work for domestiques, but the working model we are using in the team is bringing good results, so it is a pleasure to help them whenever I can! 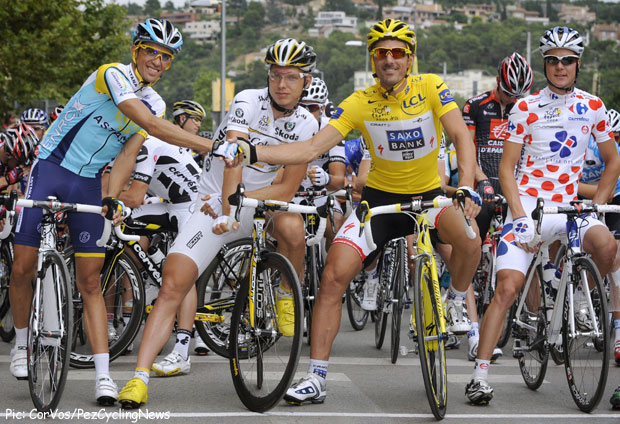 No stranger to GrandTours, Jussi has ridden and completed all 3 tasting success with the polka dot jersey here in Le Tour in 2009.

PEZ: You’ll be off to the Giro d’Italia soon and as a sprinter/puncher style rider have you studied the course? What are the FDJ goals for the race?

We have studied the stages on paper, and whenever possible we go for our sprinter Bouhanni. After that it will be all about stage victories with experienced riders like Casar. 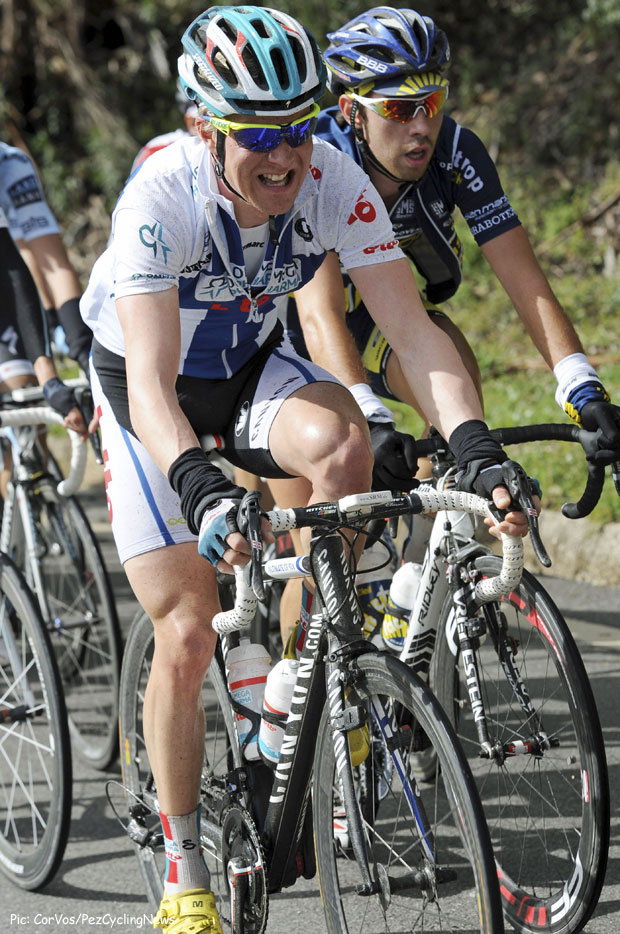 In his ninth year as a pro Jussi has ridden for Marc Madiot’s FDJ team the whole time except for in 2011 where he went to Belgium with Omega-Pharma Lotto before rejoining FDJ again in 2012.

PEZ: Any more talents at FDJ that are perhaps not so well known yet that we should keep an eye on?
2nd year pro Kenny Elissonde is worth of keeping an eye on, with his 52kgs I swear he is flying up the hills!

Entries open for the Cape Rouleur 2014