A consistent improver over the last couple of years has been RadioShack’s Matthew Busche. With him on the eve of starting just his second Grand Tour tomorrow we thought it was a good time to catch up with the Wisconsin native about his excellent 2013 season so far and his hopes for the Vuelta.

Winning the US Pro Championship title in 2011 is one testimony to the rapid progress Matthew Busche has made since taking up the sport of cycling. A former college runner, he cycled as cross training but it was only in 2008 when he started to concentrate on two wheel competitions.

At the beginning of the 2009 season, he was riding as an amateur in the US when the Kelly Benefits pro team snapped him up. He rode a mere four races for Kelly before Johan Bruyneel signed him for Team Radioshack on the strength of a fifth place finish in the US PRO champs.

Busche’s first year in the Euro pro ranks was a whirlwind tour capped by a podium finish at the 2010 Tour of Denmark. In his second year with The Shack he produced strong results; but the strongest by far was the one he achieved in Greenville, South Carolina in the US PRO championships. There he outsprinted three times US Pro winner, George Hincapie (BMC Racing Team) to claim the coveted stars and stripes jersey. 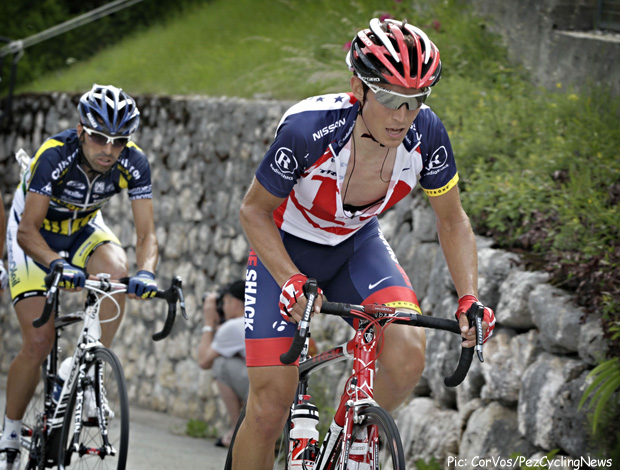 That 2011 season finished with a ride in the Vuelta. Last season saw him 14th on GC in the Tour of California, second in Utah and eighth in Colorado. This season his progression has continued, taking fourth in the hard fought early season one day GP Citta di Camaiore in Italy, move up to sixth in California, crack the top 20 in the Dauphine, take a fine seventh in the Tour of Austria and then finish fifth in Utah.

We spoke to the 28 year old from Wauwatosa, Wisconsin on the eve of his riding la Vuelta.

PEZ: Stage six, Utah where Danielson stole the race on the last stage – any ‘with hind sights?’
Nothing; Garmin and Danielson rode a great race.

PEZ: Were you surprised by how well your team mate Chris Horner was going, after his absence from racing?
Not particularly. He has a unique way of coming to a race from home and being able to ride in the front. A lot of guys need “race” miles to do that, but Chris has a special talent of being race ready.

Also there is a lot to be said at this point in the season for being mentally and physically fresh. Surely Chris was “hungry” to race.

PEZ: You were second in Utah last year, down to fifth this year – how much of that was down to riding for Chris?
I think riding for Chris certainly hurt my chances for a higher individual placing, but he proved on Snowbird that he was riding well. And I said from the beginning that my goal was for a high placing for the team, whether that was me individually or me helping one of my teammates. I am always willing to help a teammate.

PEZ: You hit the ground running, this year with top 20 in Oman – are the desert races now a ‘must’ in a pro’s preparation?
It was my first time to Oman, and it was a surprisingly beautiful and difficult race. I wouldn’t say anything is a “must”, but it probably was a good way for me to start the season. A guy can only do so much training and so many intervals!

PEZ: Fourth in Citta di Camaiore was another nice early result for you.
Thanks, I was very happy with the result. I was definitely a little disappointed though. I know I could’ve been higher placed if I had a little more experience in small bunch sprints; I started too far back. It was a mistake I learned from for sure. One of these days it will all come together for me!

PEZ: Were you happy with your Ardennes campaign?
The Ardennes Classic are special races. I’m not incredibly fond of the tight/narrow roads with 200 plus guys; but they are a great experience. I think they are races where experience helps a lot. I hope I will continue to improve at them through the years. 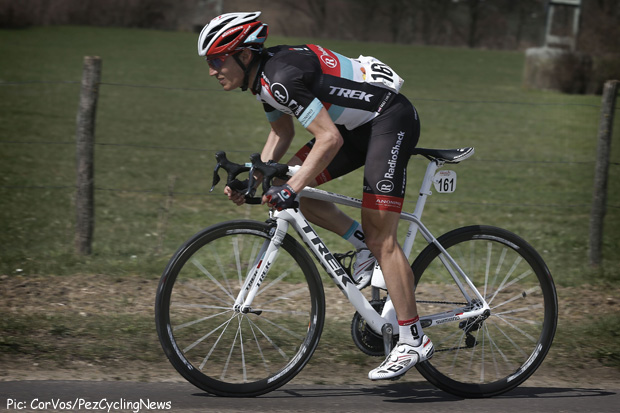 Matthew in action at this year’s Amstel Gold race.

PEZ: Sixth in California up from 14th last year – that’s good progression.
I was happy with my California performance. The TT certainly cost me for the podium, but there were other opportunities I missed, too. Overall, it was a great race, the team was awesome for me, and we did everything we could to make it exciting. I hope I will stand on the podium at California in the coming years.

PEZ: Then seventh in Austria up from 17th in 2012 – again good progression.
Austria is one of my favourite races, if not the one. It has always treated me well; beautiful country, people, food, accommodations, food, etc. The killer for me in that race is the pancake flat TT and I lost valuable time on the Kitzbuehler Horn, too, but this is another race I enjoy and expect I can continue to do well in. 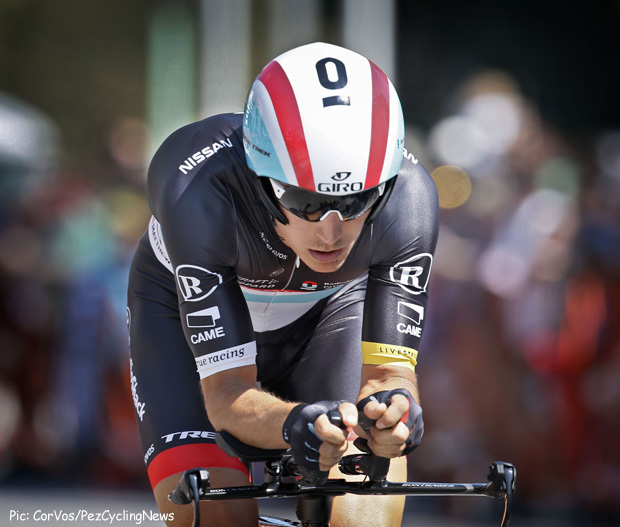 PEZ: You were eighth in Colorado last year – you must have been looking forward to it?
I was looking forward to Colorado, but I am actually doing the Vuelta now, so I am real excited for that. It will be my second grand tour after the Vuelta in 2011 and I hope to improve vastly on my previous performance. I am certainly much more mature and stronger than 2011, so I hope I will be able to “race” this time around, rather than just survive. 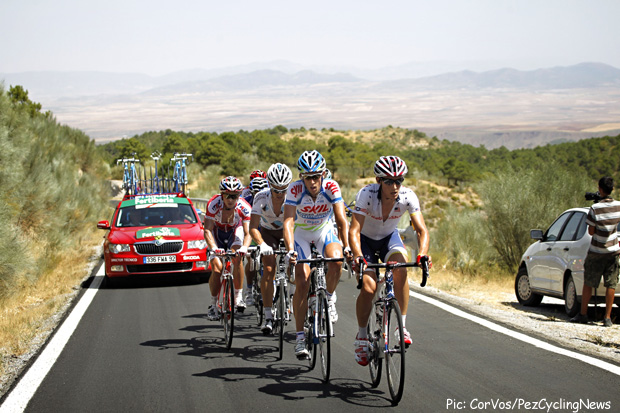 Matthew’s version of ‘just surviving’ at the Vuelta ’11, leading the day’s break on Stage 4. A stage win this year perhaps?

PEZ: You’re certainly scooping up UCI points this year.
I am just racing as best I can, and letting the rest take care of itself. I honestly have no clue how any of these point systems work. I figure that if I do my job that will take care of it for me.

If I get results by doing well at my job, then I guess I’ll get points, which will hopefully keep me employed!

PEZ: Do you think the Euro teams take the US tours as seriously as the big ‘home’ races?
A race is a race. Guys might say they aren’t serious, but once you hit kilometre zero then it’s game on. Any race is an opportunity, so why not race your best?

PEZ: Do you think you’ll be going to the Worlds – road race? TTT?
I really hope I will get to do the road race, but I am greatly concerned about the USA’s limited number of spots, especially with several automatic spots already sewn up. I hope I get the chance though because it sounds like a great climber’s course.

PEZ: There’s been much talk about “politics” within Radio Shack, this year, as it affected you, much?
I try to keep my nose clear of all of it. I prefer to focus on my job and on what I can control.

PEZ: It looks as if 2014 will be another good year for the team with the recruiting that’s been going on.
Yes, I imagine the Trek racing team will be strong again in 2014.

PEZ: The French Senate report – a good or bad thing in your book?
Honestly, I’m not familiar with the report, but I’m guessing it has to do with doping. Again, I prefer to stay out of all the controversy.

PEZ: What are your goals between now and having your winter break?
I really want to have an improvement on my performance at the 2011 Vuelta. I would love to win a stage and see what I can do on the GC. After that, I really hope I can race Worlds. And finally, I haven’t seen much detail about China, but I think I can have a good performance there, so I want to stay motivated to the end!