One of the results which was lost in the pre-Tour de France frenzy was the Nature Valley Grand Prix in Minnesota in June; a staple on the US calendar going back to 1999 with names like Chris Horner, Greg Henderson, Robert Forster and Gordon Fraser all in there as stage winners.

This year the man who came out on top after the six stages was a surprise, but a welcome one; Mike Friedman (Optum powered by Kelly Benefit Strategies) back on top after a long absence from the top step of the podium.

Friedman started off on the track and was a member of the winning team in the US team pursuit championship in 2005 – a feat he repeated a year later in the colours of TiAA/CREF. The 2006 season also saw him lift the US individual pursuit and madison titles – as well as enjoying a spell in the leader’s jersey in Ireland’s tough Ras stage race.

A year later and the team had become Slipstream; he defended his US team pursuit title, won the points title too and took a World Cup scratch race win – as well as an excellent fifth on GC in the Tour of Missouri.

The track took a back seat in 2008 with Friedman riding a full Euro programme with Slipstream/Garmin, from Het Nieuwsblad – where he finished an excellent 12th – through to the Tour of Lombardy.

The 2009 season was another heavy season with Friedman a member of the Garmin team which won the Tour of Qatar TTT.

For 2010 Friedman was with Jelly Belly and took the Tour of Korea before moving to Kelly Benefits for perhaps his leanest year – not helped by health problems. Last season saw solid results – fifth in Battenkill, ninth in Zwevegem, Belgium as well as fourth in the GP de la Somme in France.

An early season expedition to Spain this year netted ninth in the Vuelta a la Rioja before his winning return to the US. 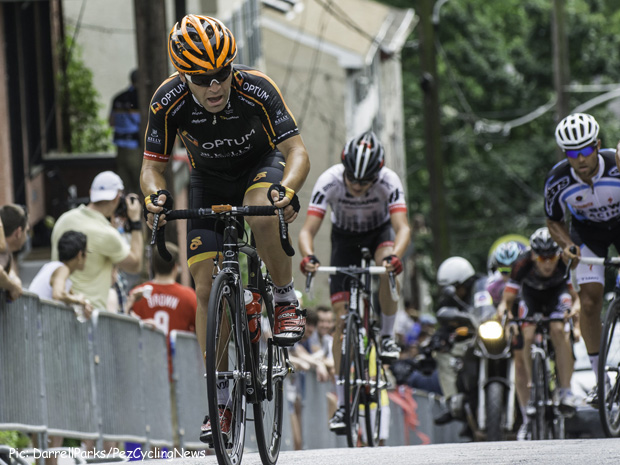 PEZ: Congratulations, Mike – you’re obviously back to full health after the problems with the kink in your iliac artery?
It definitely feels good to be clear of obstacles and to have a bit of form – the result is a pay back to my team for having stood by me. It’s even more special to win given that it’s the team’s home town race.

This is the third time I’ve ridden Nature Valley – I crashed out last year, suffering from concussion. It wasn’t a goal for me but I knew my form was OK in Europe where I was helping Ken Hanson with lead outs. I was a little sick in May but I trained hard after that and it’s paid off.

PEZ: You were fifth in the Stage One TT – you’re not usually a TT guy?
Not like Tom Zirbel who’s our TT specialist but I can do most things OK – sprint, time trial, climb. I just wish I was expert at one of them – I’m a jack of all trades, I guess. But it was good to have big strong guys like Tom and Chad Haga working for me in Nature Valley – they have big horsepower.

Like I said, it’s nice that the team showed faith in me and believed that I’d be back after my health problems. 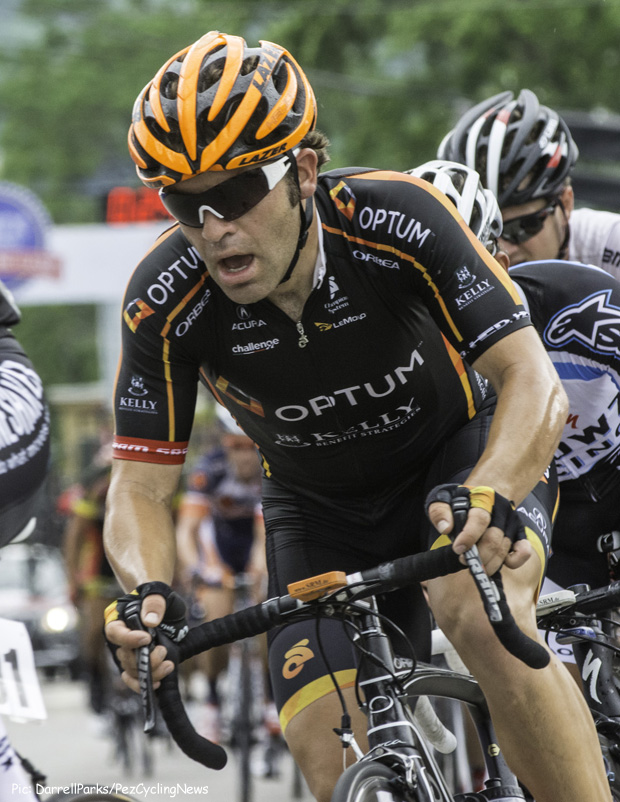 PEZ: You were sprinting well – three seconds to JJ Haedo in the crits.
I had added motivation with the time bonuses on offer; I rarely sprint at that level – I’m usually involved in the lead out rather than sprinting for myself. It takes a while to get back into the way of the timing and taking the right lines – especially against a guy like Haedo who’s just back off the World Tour. It’s a dicey game but I felt it was worth it with the GC at stake.

PEZ: It was a good race for Optum with three in the first five.
The team HQ is in Minnesota and Optum are based there so there were a lot of employees out to watch. There are amateur teams in the race which actually makes it tough because they’re always on the attack – trying to show the pros how it’s done. It’s a bit like college football – there are pro contracts on the line and everyone gives that bit more.

PEZ: You were a team sprinter on the track, ‘back in the day.’
Yeah I did one way back, during the Track Nationals – we didn’t have a guy so I rode third wheel for fun. I got dropped at the start and had to ride three laps on my own!

I also rode the kilometre a time or two at the Nationals – it’s something you’d never consider taking to a higher level but at the Nationals it’s different. And anyway, I’ve always considered myself a bike racer.

PEZ: You were a good endurance track rider – why go to the road?
I made the transition in 2008 with Garmin, the track wasn’t where I wanted to be – I needed a break from the boards.

PEZ: You were 12th in Het Nieuwsblad – that’s a nice result.
I was in good shape; I’d been training down in Girona with Magnus Backstedt doing five hour rides and motor paced work – and I still had my snap from the track. I latched on to two guys and got across to the break; Cancellara and Gilbert were there – if I’d ridden just a little smarter that day and saved a bit I think I could have gone top ten. But we were a young team, learning the ropes.

PEZ: It must have been a tough transition, riding Paris-Roubaix with Garmin in 2009 then back to a US domestic programme with Jelly Belly in 2010?
Yes and no – my leg was giving me problems and the harder I trained the worse I went. There were no hard feelings from me when JV let me go – but I did have to adapt to leading a team and trying to win races rather than being a domestique. Jelly Belly is the longest running team in the US but by the end of that season I realised that I didn’t necessarily want to lead a team.

All of the teams I’ve been with have been great – Garmin, Jelly Belly and the folks at Kelly were so good when I had my iliac problems. 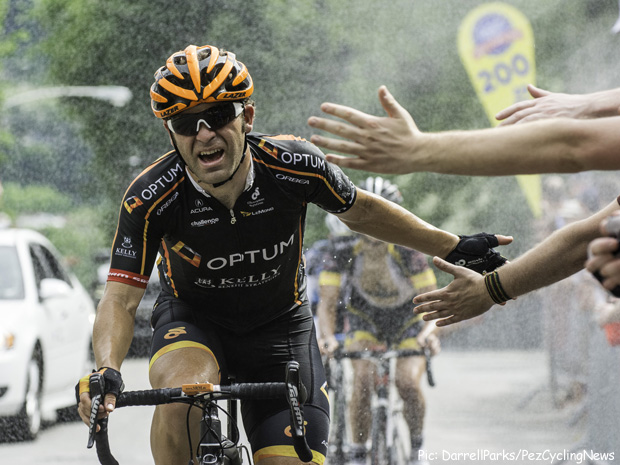 PEZ: Did your good ride in Rioja give you a Euro appetite, again?
My wife and I moved house over the winter so I didn’t have the best base miles and I knew the spring would be tough but I did some good work for Ken Hanson and was proud of how I rode. And that fourth place in the GP of the Somme last autumn was another hi-light; along with our ride in the Worlds TTT.

I do like the European flavour – long, hard races and tough three/five day stage races. We’ve had invites for the last three seasons because organisers know we’re reliable and race hard and clean.

PEZ: That’s a decade you’ve been racing at high level in the US – what are the biggest changes you’ve seen?
Well, we’ve seen teams come and go and recent events with – we all know what I’m talking about – haven’t helped attract sponsors. Teams like Rock and Toyota were strong but I think it’s better balanced now with us, Bissell, Kenda, and Jelly Belly all strong.

The separation of the National Series to road and criterium has had a mixed effect – on the one hand you have United HealthCare making a science of the crits; but the road teams tend to send ‘B’ teams because they have to focus on California, Utah and Colorado – plus the European events they have to ride to get in shape.

PEZ: What’s still on the Mike Friedman ‘to do’ list?
Good question – but it’s such an up and down sport, isn’t it? Some months you’re up and some you’re down. I’m 30 years-old, not winning and starting to think about ‘Plan B’ and then I win Nature Valley! I’d like to find my Nature Valley form and do well in Cascades, Utah and Colorado – I live at altitude in Colorado now, so that can only help.

I’ll train hard, keep my sprint head on and to try to finish the season with some big results.