He’s one of the strongest riders in the WorldTour, known for his attacking style and quick finish and yet he has rarely stood on the top step of the podium. That all changed on Sunday though with his superb Paris-Tours victory and Pez tracked the speedy Italian down to talk about his big win.

Paris-Tours is “The Sprinters’ Classic” – but the men with the big thighs were thwarted for the second year running as classy Italian opportunist Marco Marcato (Vacansoleil-DCM) didn’t hang around to check on the tread pattern on John Degenkolb’s back tyre; taking the win at a super fast 48.629 kph.

The Italian counter attacked when breakaway specialist Michael Morkov (Saxo-Tinkoff & Denmark) was caught late in the day as last survivor of the ‘break of the day.’ Marcato was one of seven; but he shortened the odds down to three to one, going clear with Netherlands champion Niki Terpstra (QuickStep) and fast progressing 24 year-old Laurens De Vreese (Topsport Vlaanderen & Belgium).

Demonstrating his ever growing strength, sprinter Degenkolb (Argos & Germany) jumped the chase group and tried to bridge to the three ‘en seule.’ But a cool Marcato had his arms in the air well before Degenkolb took fourth.

Marcato was last year’s runner up into Tours behind Greg Van Avermaet but has continued his steady progression through 2012 to the point where to see him win a classic is no longer a surprise. 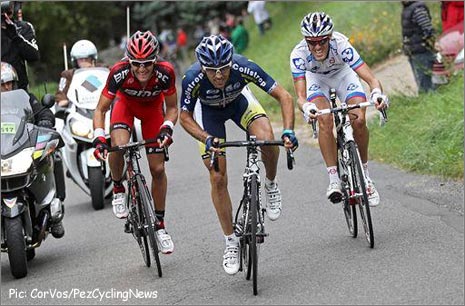 Deja vu? Last year’s Paris Tours came down to a small group hitting the final hills together – just like this year!

Born 28 years ago in San Dona di Piave his pro career began with low key Italian squadra Androni in 2005, when he netted the team’s only win of the year – a stage in the Tour of Slovenia. He remained with the team for 2006, winning a stage in Vuelta Chihuahua in Mexico and taking a promising third place in the UCI 1.1 GP Industria & Commercio di Prato behind big names Daniele Bennati and Giovanni Visconti. 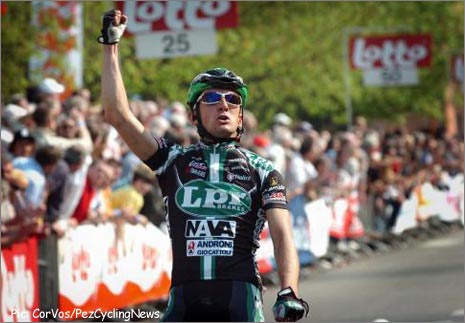 For 2007 the management team at Androni had a new sponsor in LPR Brakes with Marcato picking up a Tour of Ireland stage win plus solid runner up spots in the UCI 1.1 races the GP Pino Cerami and Giro della Romagna.

With the management for 2008 changing at LPR, Marcato had to move north to come under the stewardship of Hilaire Van Der Schueren at Cycle Collstrop. Results were sparse; but when the team morphed into Vacansoleil for 2009 with Dan Luijkx at the helm, Marcato began to bloom within an association which is still in place. 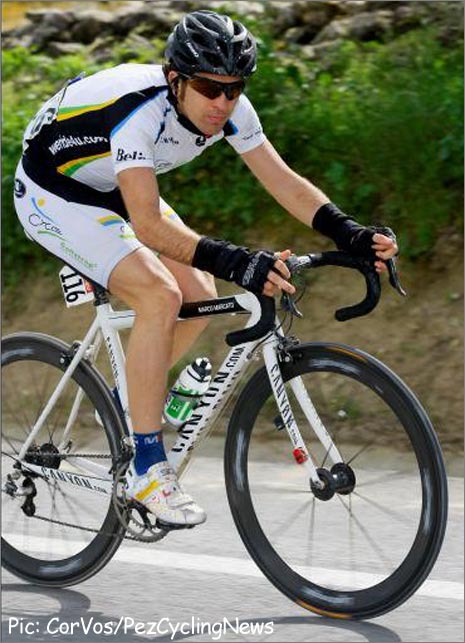 The year at Collstrop was a quiet one but when the team morphed into Vacansoleil Marcato really stepped up.

He took top 10 GC finishes in the Tours of Picardie, Belgium, Luxembourg and Poland. And also started, but didn’t finish the Vuelta. In 2010 he added to his one day palmares with top ten finishes in hard, fast races such as the GP E3, GP Cerami, Hamburg Classic and GP Plouay. A top six on GC in the Franco-Belge demonstrated that his talent for short stage races hadn’t diminished either.

His 2011 season started strongly with second on GC in the Etoile de Beseges, 15th in Milan-Sanremo and second in the GP Cerami. He rode le Tour, was second on GC in the Tour of Poland behind Peter Sagan; and carried his form through to go top 10 in Plouay, winning the Tour de Vendee and taking second behind Van Avermaet in Tours.

This season saw him hit the ground running with second to Sam Dumoulin in the GP d’Ouverture way back on January 29th before winning a stage in the Etoile de Beseges just days later. He again proved he could mix it with the hard men, taking sixth at Het Nieuwsblad, seventh in Gent-Wevelgem and 20th in Paris-Roubaix.

There was another Tour de France finish, sixth at Plouay and top 20 placings in both of the UCI races in Canada before he lined up for the zip down to Tours. With the 2011 near miss surely still in his mind we had to start with that for our first question;

PEZ: Was Paris-Tours a big target for you this year?

It was certainly in my mind to do better than last year- so that meant the only possibility was for me to win. I had to ride an aggressive race and get clear; there were too many sprinters in that bunch coming into the finale for me to succeed if we arrived all together – guys like Degenkolb, Bouhanni and Blythe.

PEZ: Was there good cooperation between the three of you in the finale?

Terpstra worked well, but De Vreese wanted to play around a little – which was dangerous. 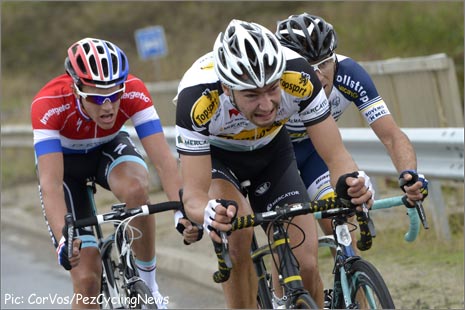 PEZ: De Vreese accused you of an ‘incorrect’ sprint.

I did my own sprint; I was focused on the finish line and didn’t even see the other bike. I may have moved around a little but the road is wide and there’s plenty of space for everyone. 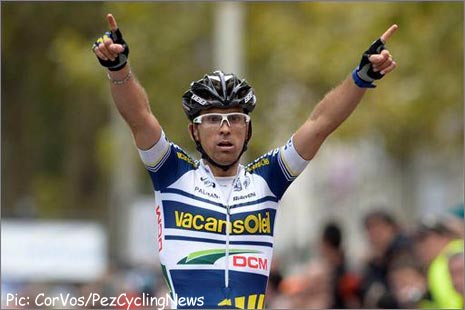 It wasn’t the straightest sprint but the result was effective!

PEZ: Did you realise that Degenkolb was coming up so fast?

I could see someone was coming up but didn’t know it was him – there were no radios. I said to the others; ‘let’s move!’

In the last kilometre I was pretty sure that I could win but you never know – I knew that Terpstra is not so quick in the sprint and I could beat him, but I wasn’t sure about the Topsport guy.

PEZ: You’ve had many placing in your career – do you think that this win opens the door for more?

Yes, I’ve had many podiums; but I think the win in Tours will be very good for me. Next year I intend to be more aggressive – and to win more!

PEZ: Which type of race do you like best?

The race which I like best is the Amstel Gold Race – I was eighth in 2010 and it’s a race I’d really like to win, the parcours suits me well. And I would also like to ride the Giro, I’ve ridden the Tour and Vuelta but the Giro is my home race and very special.

I’d really like to experience it – but have still to discuss my programme for next year with management.

PEZ: You ride well in short stage races and are capable of winning.

It depends on the parcours, one week can be good for me – but not if there are big climbs; the really long climbs don’t suit me. I think that my real strength is as a Classics rider. 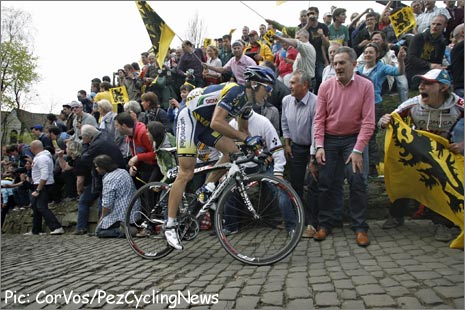 A man for the classics with consistent results over the last 2 years, how long before a cobbled classic has Marcato as the winner?

PEZ: It’s unusual to see an Italian ride for a northern team.

I had no choice, the management changed at LPR. The only possibility I had was with the small Belgian team Collstrop. But that team became Vacansoleil, where I have been ever since – the management team here works well with me and I’m with the team again for 2013.

PEZ: It’s been a long season for you – starting in January.

Yes, whilst I have had rest periods within it, I feel now that I want to finish and get some rest.