Phil Southerland is a team owner like no other. He founded his revolutionary Diabetes awareness team, Team Type 1 team back in 2008, rode in it as a rider before stepping back into the management side of things and now this year took the brave step of changing his successful team of International non-diabetic and diabetic team into a 100% diabetic team, Novo Nordisk. We recently caught up with Phil to talk about how he saw season 2013.

Season 2012 was a strong one for US Pro Continental squad Team Type One, with wins all over the globe for their ‘mixed’ squad of riders – some living with the disease which the team bore the name of – the rest athletes who can live their everyday and sporting lives free of the need for control of what used to be a lethal condition.

But for season 2013 team owner Phil Southerland made a brave decision; he parted company with his main sponsor – Swiss pharmaceuticals company and specialists in diabetes drugs, Sanofi – not to mention all of his without diabetes athletes and named a team comprised 100% of diabetes sufferers. New sponsors, Denmark’s Novo Nordisk – another company at the sharp end of the fight against diabetes – sharing Southerland’s dream of a one day seeing a team of riders all touched by type one diabetes compete in the Tour de France.

PEZ caught up with Southerland as the 2013 season wound down and his thoughts turn to season 2014.

PEZ: Are you pleased with how 2013 went for team Novo Nordisk, Phil?
Yes; when I look at where the guys were back last December and where they are now in terms of controlling their condition and how they’ve proved themselves in the peloton. 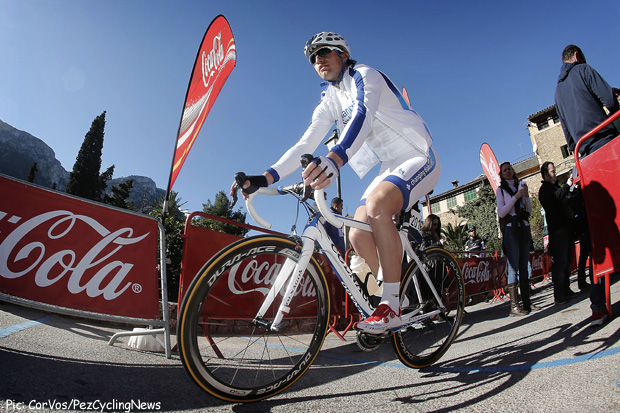 Martijn Verschoor has consistently been one of the team’s best performers.

We looked for steady growth, finishing races, then top 20’s; we’ve had seven top ten places in our last 12 races so the confidence has grown and grown – and so has their ability to ride as team. Obviously you want victories and you can’t be completely satisfied if you’re not winning – but Martijn Verschoor and Andreas Peron have both proved themselves to be very capable riders and the team has rallied 100% behind them.

We’d perhaps hoped for some better GC results but we gave the guys time out mid season for altitude training camps, coming back for the Tour of Denmark. It was tricky putting the season together – but we view it as laying the foundations for the future. 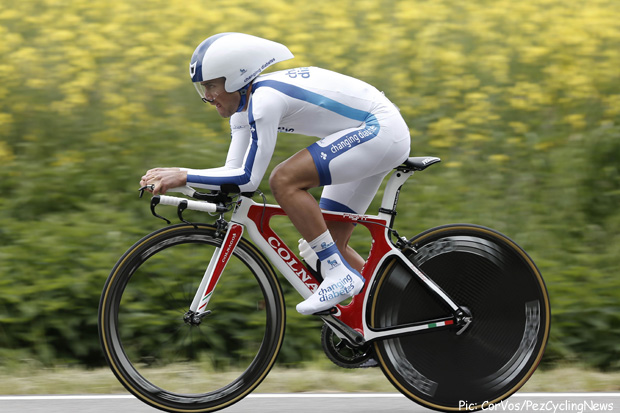 In it for the long haul. Fabio Calabria has been with the team since its beginnings in 2008.

PEZ: How have the race invitations been coming in?
We got every invite we set out to get – you have to remember that the team in this format is unproven. But our team manager Vasili Davidenko – apart from his experience as a rider – has six years experience of managing the team and has worked very hard to build relationships with race organisers.

Novo Nordisk’s local affiliates work very well with the team – they’re in 79 countries and everywhere we race they’re involved with the team, attending the races and talking to the riders.

PEZ: Who’s surprised you on the squad?
Kevin De Mesmaeker is a neo pro; at the start of the season on the Majorcan climbs he was struggling – when I look at him climb now it’s amazing how he’s progressed. Thomas Raeymakers is another neo pro but he’s tough as old boots – one hard race day we were going to pull him out because he was struggling so much. When we told him that he went straight back to the head of the peloton! 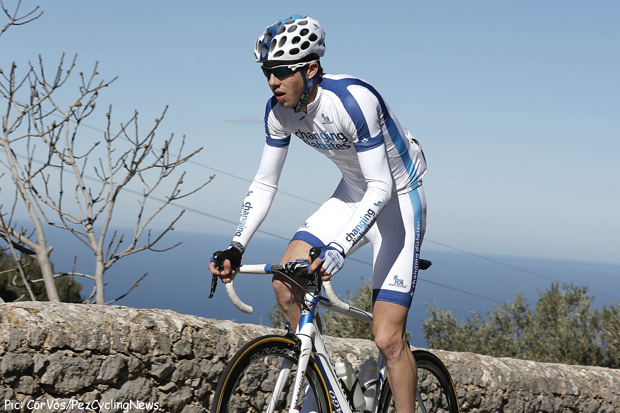 He’s told me that he was inspired by seeing TT1 winning the 2011 Tour of Turkey with Alexander Efimkin – it gave him belief after he’d been told he’d never race again because he had type one diabetes.

PEZ: Disappointments?
Whilst I’m happy with just about everything, you can always be better. We’re constantly analyzing our approach to coaching and nutrition – aiming to improve. If I had to name one thing it would be that I wish our team work had come together sooner.

But overall I’m happy with my riders, with our fans and followers – we’re changing lives, after all. That said, if we’re to make the World Tour we have to have total purity of focus on how to manage the disease.

PEZ: With the whole team living with Type 1 it must put a lot more strain on the team staff?
It does, typically we travel to a race with two doctors who are experienced in managing the disease. But the way we see it is that the minute you pin on your race number there are no excuses – other than coming up against Froome or Sagan, that is.

PEZ: Are Novo Nordisk happy with how it’s going?
They’ve told me time and again that they’re very happy with how it’s going. They’re making huge strides in the treatment of the disease and the team is showing people what you can achieve even if you do suffer from the disease. The company too has embraced the sport, Lars Rebien Sorensen is the president and CEO – he rides 300 kilometre tourist races. And Jakob Riis who’s the Executive Vice President of Marketing in the company is a keen rider, now.

PEZ: Have the experiences of the team helped the company?
We spoke a lot before we entered into the relationship about how we’d record data and how that data can be used to educate health care professionals. And that’s something that’s ongoing – but apart from that there’s the inspirational aspect of their staff watching the riders compete at the highest level.

PEZ: How’s the schedule looking for 2014?
It’ll be a similar programme to this year but we’ll probably be starting racing earlier – we’ll have training camps in December and January and have been talking to RCS about riding Milano-Sanremo. That would be a dream – especially for Andrea Peron; he rode the U23 edition and he’s so motivated to ride the full distance race.

And the Tour of California is an important race for us – as are the Tour of Colorado, where we had Peron claim two top ten placings, and Alberta – and we’d like to ride the Tour of Denmark again. 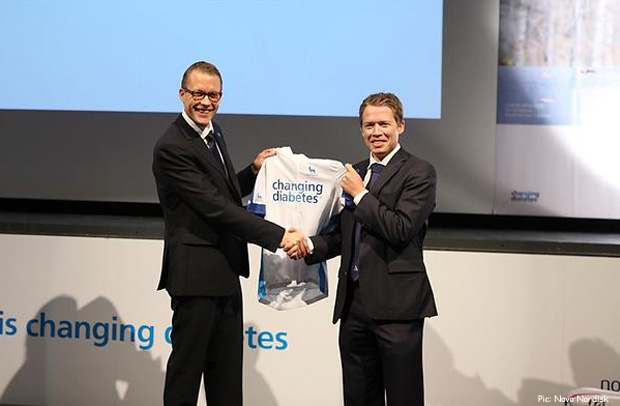 # With thanks to Phil Southerland for his cooperation – let’s hope it’s not too far in to 2014 before we see that first Novo Nordisk victory salute. #

In Japan With The Badger!