He’s British, he’s one of the fastest men in the world over four kilometers and an Olympic and World Champion on the track in 2012 and no it’s not Bradley Wiggins. It’s Steven Burke, a stalwart of the British Team Pursuit squad and a man with a fearsome turn of speed. We recently caught up with Steven to chat about what the future holds for the fast man from Lancashire.

So said the press release; it also asked us if we’d like to interview Steven.

Interview one of the fastest men alive over four kilometres – part of the team which rode that world record 3:51:659 for the distance in the London Olympics? Absolutely. 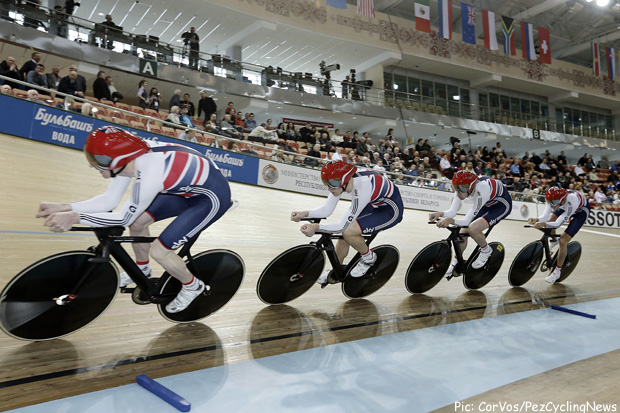 In action at the Minsk World Championships

The interview came at a very interesting time; just days after the GB team pursuit squad had failed to qualify for the finals of the event in the World Championships in Cali with squad stalwart Burke sitting out the qualifying ride. The team pursuit qualifying and competition is merciless, four teams qualify; the fastest rides against second fastest for gold, whilst third fastest rides against fourth fastest for bronze – everyone else goes home.

In 1999 the GB team placed fifth in the Worlds but every year since then have been in a medal ride off, either for gold or bronze; only failing once – in 2009 – to be on the podium. They also took Olympic gold in 2008 and 2012 – so their eighth place in qualifying at Cali, some four seconds off the pace was a shocker.

Jonathan Edwards can justifiably claim to be that much over-used word, a ‘legend’ in athletics. British, European, Commonwealth, World and Olympic record holder in the triple jump (it used to be the ‘hop, step and jump’) Edwards still holds the world record from 1995 at 18.29 metres – that’s 60 feet.

He’s retired now and commentates on athletics but will be riding through the Northern England’s Pennine Hills in July in aid of cancer research – Steven Burke will be helping Edwards in his preparation for the event and we started by asking him what his role will be.

Steven Burke: I’ll be giving Jonathan advice on his position on the bike, gear selection, climbing, descending, what to eat – 60 miles through the Pennines for someone who’s not a cyclist is pretty challenging. But he was one of the greatest athletes in the world so I’m sure he’ll rise to the challenge.

PEZ: No ride in Cali for you, Steven?
No, I travelled out with the team but ended up as reserve, I was fighting against illness and ran out of time to get back to full fitness.

PEZ: What went wrong with the team?
We were all very, very disappointed, especially when everyone knew we were capable of more. Remember that we won the in the Manchester World Cup back in November with 3:58 to the Aussies 3:59 – and that was the same Australian team which won the Worlds. (The squad also took bronze in the second World Cup of the winter in Mexico in December with 3:59; despite strong man Ed Clancy not being in the line up, ed.)

And we also won the European title in The Netherlands with 4:02 in October. But we’ve de-briefed on it and now we have to move on.

PEZ: The GB head coach, Shane Sutton said there were ‘discipline issues?’
(What Sutton said was; ‘what they did over that break at Xmas has come back to haunt them. I’m not saying they went on the piss, what I’m saying is that there are younger guys in the Aussie team that are performing better, riding the times we had.)

I think so but perhaps not to the extent that Shane says. The team worked very hard but we tried new training methods and they’ve obviously not worked – it’s a time to assess and learn. 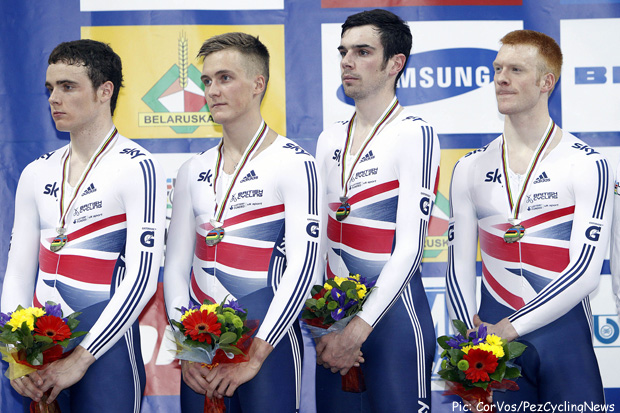 PEZ: And is there a ‘next generation’ on the way up?
The young riders have taken a bit of stick but it’s not fair on 20/21 year-olds, it takes time for them to develop. I think that the Talent Programme is getting it right and the riders will be there for Rio and the 2016 Olympics.

PEZ: Is Rio on your agenda?
Definitely; and in the long term I’d like to be there for Tokyo in 2020 – give everything I have to get there at the end of my career, 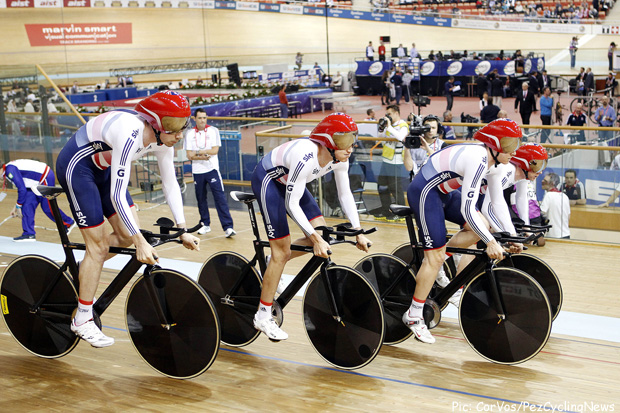 PEZ: There’s talk of Mark Cavendish and Bradley Wiggins being in the GB team pursuit squad for Rio . . .
I think that’s realistic; I don’t know Mark’s plans, he obviously has road team commitments but I think he’d be very successful – he obviously has the speed that you need. Personally I’d open Mark and Brad in to the squad with open arms – we need the best possible line up. 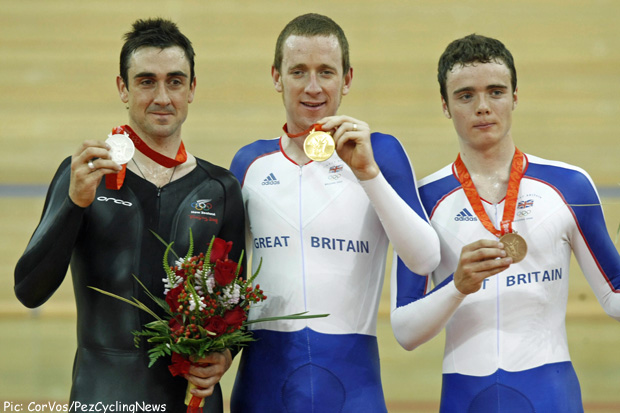 PEZ: GB has certainly got it right for the Olympic team pursuit competitions.
We’ve won a medal at every Olympics since Sydney, so yes we’re very good at turning out the performances at the Games. 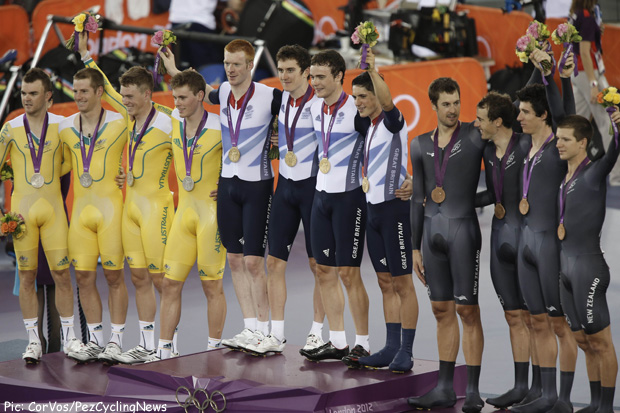 PEZ: But so are the Aussies . . .
They’ve won the Worlds eight times since 2002; they have an advantage in that the Worlds come off their summer season – but that’s no excuse for our ride at Cali.

PEZ: And the Danes are on the up again.
Especially with Alex Rasmussen back; and Lasse Norman the Olympic Omnium Champion is very strong.Then there are the Kiwis, too – they were only 0.5 seconds behind the Aussies in qualifying, they were so close to making the gold/silver ride.

PEZ: Is sub 3:50 possible?
Yes, I think so but everyone would have to be flying. In London, Peter Kennaugh was still on the way back from injury he picked up at the Giro and I’d been ill. You’d need everyone absolutely spot on – and that’s difficult.

PEZ: The team pursuit is an end in itself for you, isn’t it?
It’s always going to be about the track for me, yes. I enjoy the training and preparation for the big events – this year we have the Commonwealth Games in Glasgow; the team pursuit is always my priority.

PEZ: But you have a road team for the summer?
Yes, I’m with HARIBO Beacon Cycling Team; we’ll be riding the Tour Series city centre criteriums and the National Road race Series in the UK – we’re also riding the Ras, Tour of Ireland, which I’m looking forward to.

PEZ: What’s still on the Steven Burke ‘to do’ list?
I want to defend our Olympic team pursuit title and I’m really looking forward to riding the Commonwealth Games in Glasgow – I didn’t ride in Delhi. And it would be nice to break the world record, again.

# With thanks to Steven and Jo O’Connell at Cyclevox for setting the interview up. #

From Tirreno To Sanremo: A Soul Adventure