He’s the man who used to take off with his dog on the bike trailer and head into the wilderness of the Yukon to camp rough for weeks on end. But there’s not much scope for the solitary life when you’re riding the Tour de France – especially as lantern rouge when L’Equipe prints your picture every day at the opposite end of the GC classement column from Chris Froome’s.

Eight times Canadian Time Trial Champion and former Canadian Road Race Champion, he took time to speak to PEZ from his home in Andorra a fortnight after his Alpine adventures. 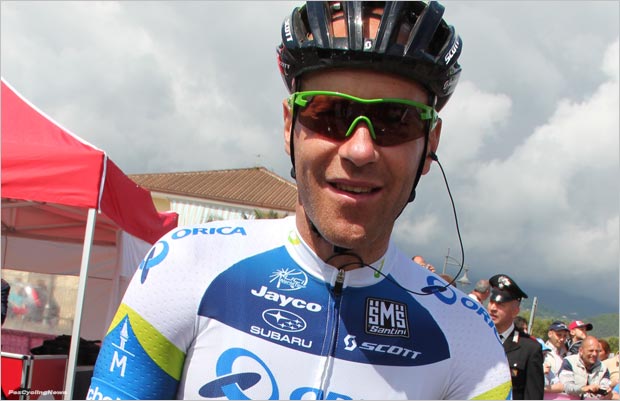 Svein’s first results of note were in 2001 when he took a stage in Canada’s tough Tour de Beauce and was second in the national time trial championship – the end of that season saw him ride stagiaire with Mercury. In 2002 and 2003 he rode for Prime Alliance and was third and second respectively in the TT championships.

In 2004 he rode Elite 2 status, winning the national TT and finishing runner-up to Gord Fraser in the road race champs. His four year association with the Symmetrics team began in 2005; that year he defended his TT title and won the Mount Hood Classic in the US. He took his third TT title in 2006 as well as prologues in the Tours of Mexico and El Salvador. He continued his Central American success a year later with victory in the Tour of Cuba but lost his TT title to Ryder Hesjedal.

In 2008 he came close to pulling off a sensational win in the World Elite Time Trial Championship, just seconds behind winner Bert Grabsch (Germany) but with a bike change after a puncture. It was a great season for him; he won four Pan Am championships – time trial, points, scratch and madison with Zach Bell and also took his fourth national TT and won Beauce overall. 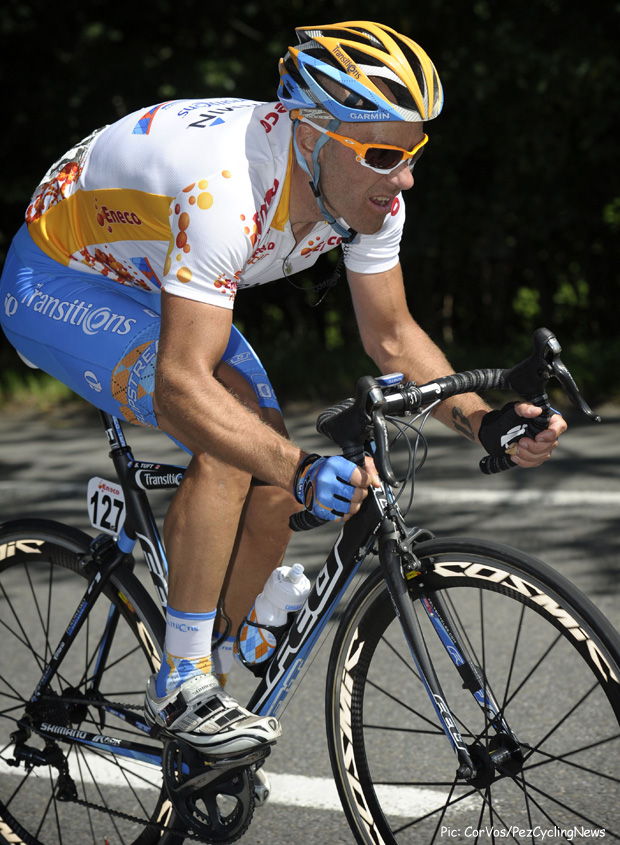 In the leader’s jersey at the Eneco Tour in 2010

In 2009 he took TT champs number five and rode the Vuelta in the colours of Garmin. Still with Garmin in 2010 it was title six and further success against the watch in the Denmark Tour TT and Eneco Tour prologue as well as a ride in the Giro. With Steve Bauer’s SpiderTech team for 2011 there was a seventh TT title but also the National Road Race Champion’s jersey; as well as two stages in Beauce and the prestigious Stad Zottegem in Belgium.

Last season saw him join GreenEdge and there were TTT wins in Tirreno and Eneco as well as a Worlds bronze in the same discipline, an eighth national TT title, a stage in Beauce, the individual TT in the Eneco and the Duo Normand with Luke Durbridge.

PEZ: How are you feeling after the Tour?
Pretty wrecked! But that’s nearly two weeks now and I feel much better – I live up in Andorra and it was nice to get back home to enjoy the quiet away from the madness of the Tour. We live at 1300 metres; I really love being up in the mountains. I did nothing for a week but then I started doing a little on the mountain bike and I’m starting to come around. 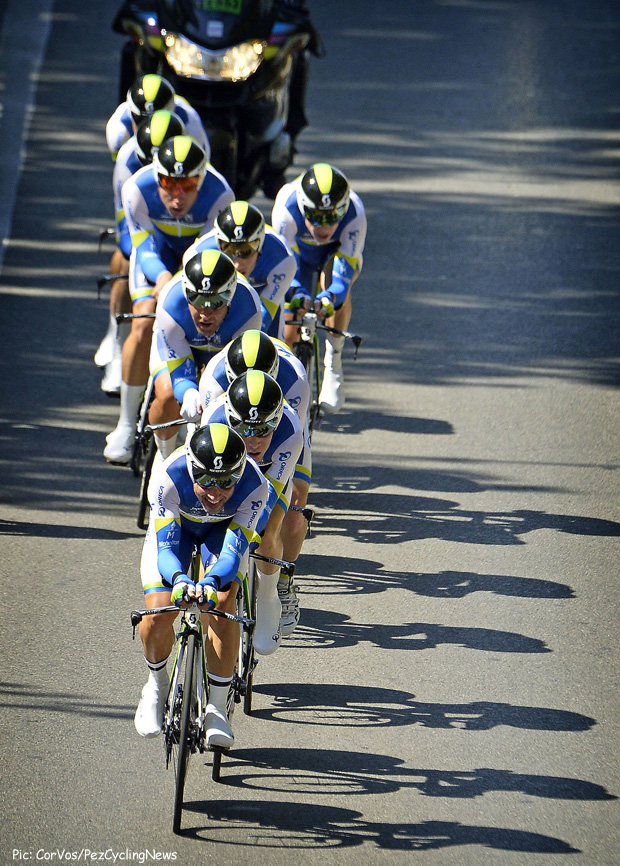 PEZ: The Tour TTT, did you expect to win?
No, we didn’t really have that expectation but Simon Gerrans winning his stage and setting himself up for yellow if we rode a good TTT meant we were all very motivated – but we didn’t stress it at all, I think that’s how we went so well.

PEZ: You were sixth in the Mont-San-Michel individual time trial – were you happy with that?
I was pretty happy with what I did – it’s not the greatest time trial I’ve ever done but given the circumstances I can’t be upset. By that stage of the race I was feeling the effect of all the work we did in the first week defending Simon Gerrans and Daryl Impey’s tenures in the yellow jersey. The Tour was on the back of Romandie, the Giro and Slovenie – it all adds up.

PEZ: What’s your take on the UCI TT bike dimension rules?
Well, I don’t know where those guys get their numbers from – their numbers don’t apply with my body! I’d really like to sit down and have it explained to me; I realise there have to be rules and control – but there has to be compromise, too.

PEZ: That last week was a hard one.
I was hanging on for dear life – I’ve never ridden a race where there were so many hard stages coming one after another. 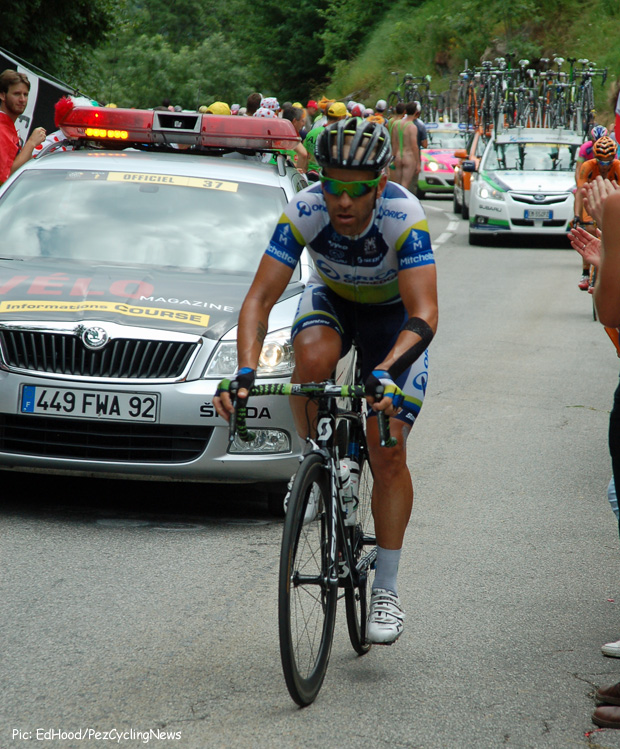 Svein hanging on for dear life and just trying to get through on the famous twice up Alpe d’Huez stage.

PEZ: The mountain TT wasn’t for the chrono men.
No but the parcours was beautiful and it wasn’t just for the pure climbers, either. It was the type of race where if you had good form and motivation it was possible to do well. That first descent was an eye opener – super technical!

PEZ: Did ‘Orange Corner’ on l’Alpe d’Huez give you a boost?
Oh man – those guys are crazy! On the second pass I think we all had to unclip to get through, they got more and more drunk as the day went on and the passage through them got more and more narrow. It was definitely an interesting experience! 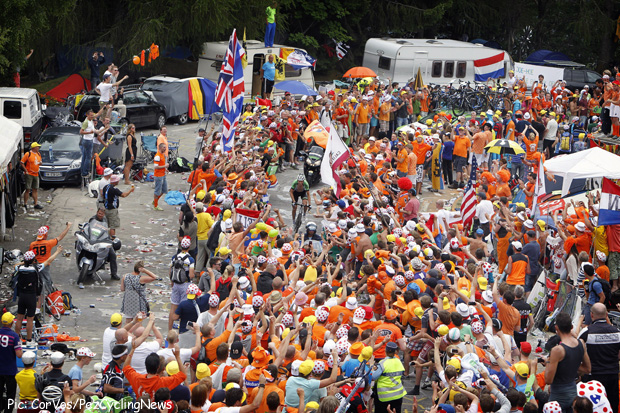 The sheer madness of orange corner.

PEZ: What was your toughest moment?
Stage 19 where the big categorised climbs came straight out of the blocks – I had a bad crash on one of the switch backs and I did contemplate stopping.
I was on the ground for five or six minutes and I said to myself; “you have to decide!” So I got back on the bike and chased back to the gruppetto – but that’s the hardest day I’ve ever had on the bike. 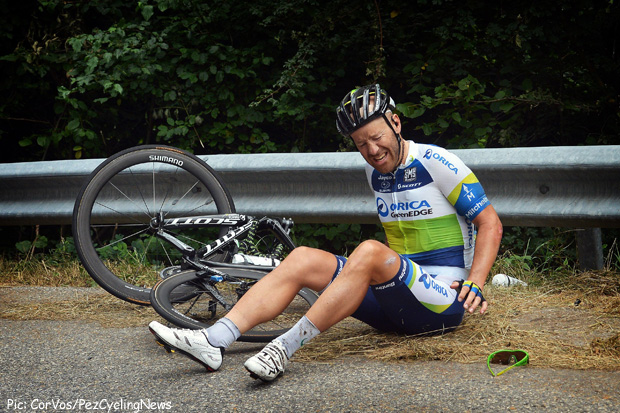 PEZ: Did the lanterne rouge get you any criterium contracts?
Nope! But to tell you the truth I was just happy to come home – I don’t know how those guys go on to the criterium circuit and ride them straight after the Tour. I suffered horribly on the last stage; I’d had four crashes over the course of the Tour and my shoulder was hurting pretty badly over the cobbles every lap on the Champs. It was as much as I could do to hold the wheel and an appointment with cold reality for me.

PEZ: How has the Canadian Media been with you?
I’ve talked to a few folks back home – the lantern rouge is one aspect but so is my riding my first Tour at 36 years-old. The lantern rouge thing isn’t really a big deal for me – I was just happy to finish. 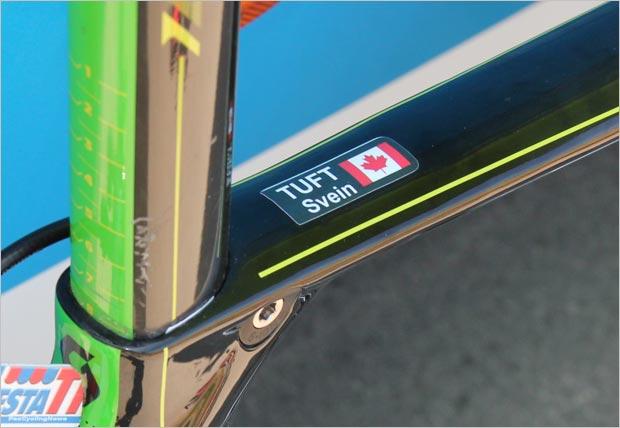 PEZ: You’ve ridden the Giro, how does it compare to the Tour?
The Tour has everything magnified; the whole world is watching and it’s just such a spectacle – I’ve never seen so many spectators. It’s just madness on the climbs, there’s a crazy energy on the race within the spectators and the organisation – that translates to the teams, all of whom have big objectives. There are a lot of crashes because it’s so frantic and there’s virtually no control.

At the Giro you can usually predict how a stage will pan out given the objectives of the different teams – not at the Tour, they just go then go again.
Stuey O’Grady has ridden 17 Tours and he says that there are no rules or patterns to the racing any more . . .

PEZ: What’s next?
The Eneco Tour, Hamburg and then the build up for the Worlds team time trial. The course suits us more than last year’s and we have a good group of riders. This year we’re not going to over think it, I think we maybe did that last year – we did a lot of 50 kilometre efforts in training which we benefited from but maybe we thought it was going to be easy for us to win after that? You have to go into it fresh and hungry with a sense of urgency – it’s never going to be easy to beat teams like BMC, QuickStep or Sky. 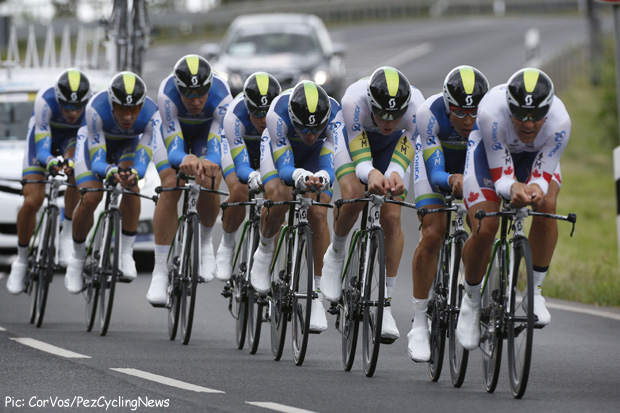 PEZ: Staying with last year, the Duo Normand was a nice win for you.
Luke Durbridge and I both came out of the Worlds a little sick – we’d had such an intense build up. So we decide we’d make one more big effort in Normandy – but we’d like to come back when we’re both well and see if we can take Boardman and Voigt’s course record. That would be a prestigious thing to achieve.

PEZ: You’ve had nice TT wins in San Luis and Slovenie this year.
They’re both beautiful races – Argentina is a good way to start the year. If you come off the Giro in good shape then that stands you in good stead for the Tour of Slovenie. I didn’t have to go as deep in the Giro as I did in the Tour – it was a different perspective. 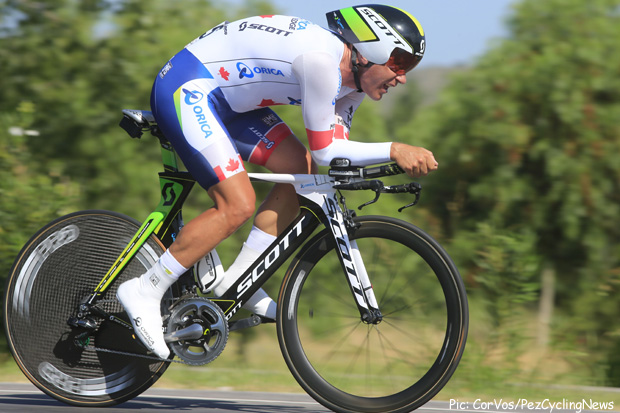 Svein on his way to the win in Argentina earlier this year.

PEZ: No Nationals for you, this year.
I would have loved to ride them but my Tour selection and riding Slovenie would have made the travel too tight and you run the risk of getting sick. Whilst I’m sorry I didn’t get to the Nationals, I wouldn’t exchange the season I’ve had for anything.

PEZ: You’re 36 now, is the force still strong?
I break it down to two things; firstly, I’m still motivated to work – I love riding off into the Pyrenees to train. And I’m still learning – I won’t stop until either of those things doesn’t apply. Also, I love the team I’m on – they look after me and there’s mutual respect.

PEZ: Stuey’s early retiral?
All I can say is that I have the utmost respect for the man – his knowledge of the sport is unbelievable. I can’t comment on what was a pretty shitty past for the sport; I wasn’t part of it – but Stuey has been a great asset to us and a great team leader.

PEZ: What’s still on the Svein Tuft ‘to do’ list?
I don’t really have one – I’ve been lucky in the stuff that I’ve been able to do. But the big thing I would still like to achieve would be to be part of the winning team in the Worlds TTT. If I had that when I retired there’s nothing more I’d want.

Belkin on the hunt for more Scandinavian success