By Edmond Hood On Apr 19, 2013
Share
Like PEZ? Why not subscribe to our weekly newsletter to receive updates and reminders on what's cool in road cycling?

A man who we mentioned in our Paris-Roubaix preview as a possible podium finisher was BMC’s 22 year-old powerhouse, Taylor Phinney. We’d expected the big man from Boulder, Colorado to improve upon last year’s 15th place, but it was not to be. PEZ spoke to Phinney upon his return to the US and once he’d had a chance to reflect upon the race which he’s won twice in the U23 ranks.

But before we see what he had to say, it’s perhaps useful to remind ourselves of the rich palmares he’s accrued already in his young life. It was 2006 when his name first appeared in the record books as bronze medallist in the US Junior Cyclo-Cross Championships and silver medallist in the Junior Time Trial Championship. A year later he was Junior Time Trial Champion of the World, having relegated a certain John Degenkolb to silver and won the ‘Junior Tour de France,’ Canada’s Tour de l’Abitibi.

In 2008 he lost his time trial title to QuickStep’s rising Classics star, Michal Kwiatkowski but picked up the World Junior Pursuit Championship. The following year he traded the junior pursuit title for a senior one, grabbed bronze in the kilometre time trial and won the U23 Paris-Roubaix to display a breath taking range of abilities. He repeated the hat trick in 2010 but exchanged kilometre silver for omnium bronze, adding a World U23 TT title and bronze in the U23 road race for good measure – not to mention the Olympia Tour in The Netherlands. 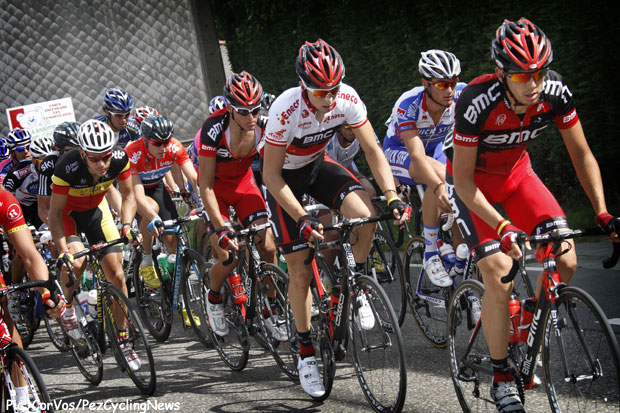 In 2011 he took the giant step from the U23 ranks to the World Tour with BMC. Training which can take you to the highest levels in the Espoir ranks is lost among the Pro Tour big beasts and the results slid back – with the best being the prologue in the Benelux Tour. A new work rate for 2012 brought success and a pink jersey for three days in the Giro after he won the stage one time trial. There were two fourth places in London at the Olympics – time trial and road race; plus two silvers in the Valkenburg Worlds, in the TT and TTT.

A strong seventh off a late charge in this year’s Milan-Sanremo boded well for the ‘Queen of the Classics,’ but 23rd was the end result. We began by asking about the Espoirs version of the Paris-Roubaix.

PEZ: You won the U23 Paris-Roubaix twice Taylor, tell us a little about it – how does it compare to the Elite race?
There’s a big difference between the two, the distance, for instance. It’s about 180 kilometres for the Espoirs version and 255 kilometres for the professionals. In the Under 23 Paris-Roubaix, all you have is that race. You kind of just build up for it and then it happens. But as a pro, you have Milan-San Remo, Gent-Wevelgem, the Tour of Flanders and then Paris-Roubaix. So you have a different approach, a different build up in preparing for that. You’re doing a heavy effort every weekend for almost four weeks in a row. It’s being able to be at 100 percent, taking care of yourself and figuring out the logistics and preparation that’s the difference. 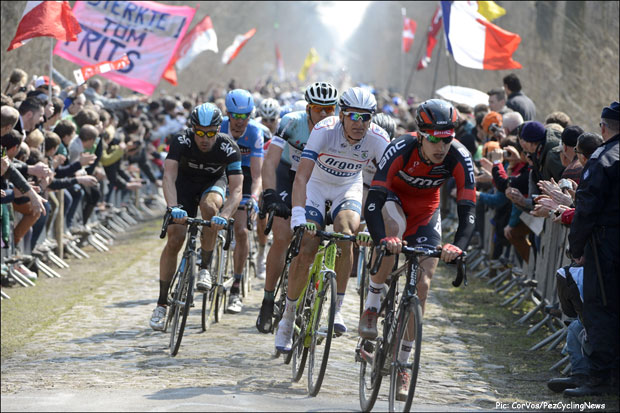 PEZ: You led out of Arenberg Forest – was that a safety measure?
I was feeling good – probably too good – at that point. I might have wasted a bit of energy there but I had a chance to hit it first – it was kind of cool. And I made it through the whole race with no crashes and no mechanicals.

PEZ: You said after the race that you were good early and late – where was your ‘crisis?’
Section 10 – Mons-en-Pévèle – was where the race kind of went from me. I didn’t quite have the legs to follow there. The fitness was there, but some of the preparation and how rested you are in the days prior came into play. I had a bit of an interesting week prior to the race not having done the Tour of Flanders due to a knee injury. How you manage those days off when you are resting and coming off an injury is something I am still learning about.

PEZ: It must be difficult to eat and drink enough in the race – especially with all that dust around?
You are never going to eat or drink anything on the cobblestones. For me, though, it’s one of the easiest races to drink in because you have people who are waiting for you after each cobblestone section. That’s about every five to 10 kilometres; so if you need a bottle, they’re readily available on the side of the road from one of your staff members if you’re capable of grabbing one. Plus, everybody chills out a little bit after every cobbled section. In that regard, I like it better than a normal race because I don’t have to go back to the car or wait until the feed zone to get a drink.

PEZ: How has your recovery been from the race?
I got sick with a bit of a flu virus but I’m doing fine now.

PEZ: What’s the biggest lesson you take away from this year’s Roubaix?
When I needed to have the big kick to stay with the front group, I just didn’t quite have it. With some more experience, like keeping things a bit quieter, I’m sure I’ll keep getting better at this race.

PEZ: How does the programme look, now?
My next goal will be to finish the Giro d’Italia and get another grand tour under my belt. My long-term goal for the season is the world championship time trial. 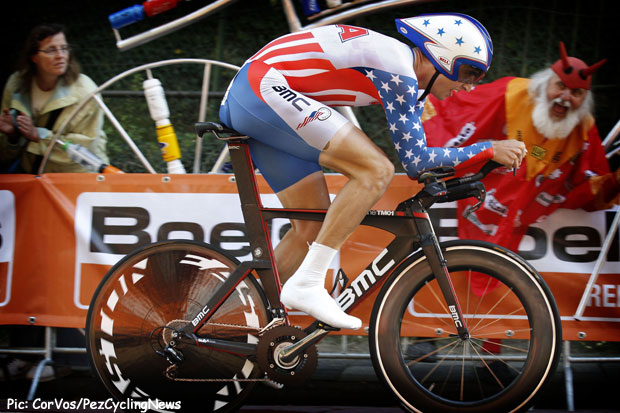 En route to a fine 2nd place at last year’s Worlds and ever so close to the Gold.

PEZ: When does the Worlds TT build up start?
After the Giro d’Italia.

PEZ: The word is that the pursuit may be back for the Rio Olympics – time trial or pursuit for you?
I heard that rumour but I’m not going to bank on it. I’ve kind of been heartbroken about that already. So I don’t need to get too excited about it; but it would be great. It would definitely be something I would be interested in. But I’m definitely happy with my switch to the road. I think with my results in London I can be thought of as a medal contender in the time trial by the time we get to Rio.