Rider Interview: Just 20 years old and from the other side of the world, young Aussie George Tansley has been thrown into the deep end in the heartland of racing in Belgium but he hasn’t sunk. Far from it in fact, he’s come out fighting – and winning with a string of high placings and victories of late we thought it was time to catch up with this man on the rise as he pursues his dream of professional racing.

PEZ: First up George, could you tell us a bit about your palmares back home in Oz.
In the past a lot of my best results have come on the track. I was the Australian Madison champion in 2012, riding with a good mate Miles Scotson and in 2012 I also got the chance to ride for Australia on the track at the World Cup in Aguascalientes. I have been 2nd at the Bendigo International Madison the last two years running which kills me. Interestingly I am now a teammate of the rider who beat me Roy Pieters! We have managed to put that behind us. Having grown up in Bendigo, the International madison is really important to me – I won’t be happy until I win it. 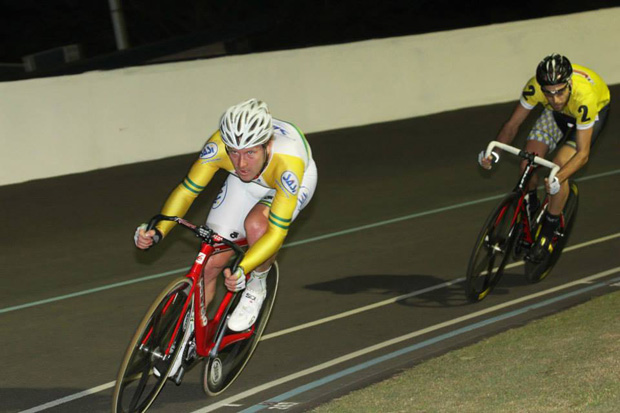 In the National Champions Colors on the track – where’s the beard?

On the road I won the 2013 Adelaide Tour (NRS), which was a big breakthrough for me against a pretty strong field. I was also 6th in the 265km Melbourne to Warrnambool Classic in 2012 and 3rd in the U23 Oceania Road Championships earlier this year. 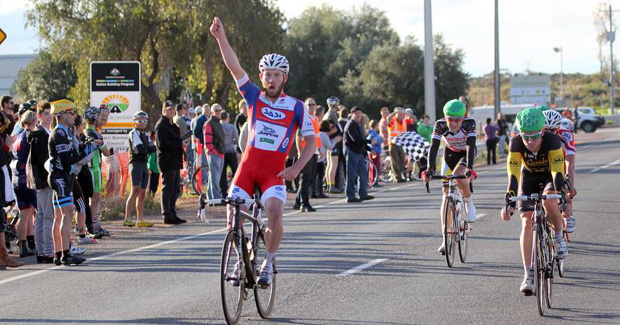 Winning Down Under in the tough NRS series

PEZ: How did you find your ride in Belgium?
I had a lot of help from Matt Gilmore and my coach Tim Decker. They found a team for me in Belgium and gave me some great advice about what I could expect in terms of lifestyle and racing style. If you want to pursue a career in cycling you need to get out of Australia and throw yourself into European racing and it was logical to choose Belgium because I’d been told by a number of different people that the style of racing here would suit my physiology. And I am glad I did, the lifestyle here is great, the people are very down to earth and friendly which makes racing my bike so much easier and more enjoyable. The weather is also a lot better than I expected!

I’m also really interested in racing on the six day circuit later in the year. I consider myself a bit of a madison specialist and the 6 days are the pinnacle of madison racing. 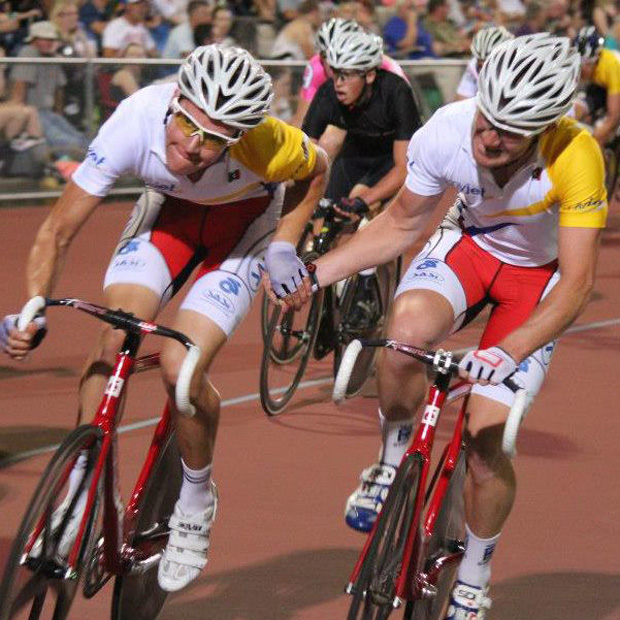 Racing – and winning the madison in Australia

PEZ: Tell us about the team you’re riding with.
I am riding with the Illy-Bikes Cycling team run by Ken and Etienne Illegems. They have given me a great opportunity and have been very welcoming. It is quite a young team and Etienne is very nurturing of the riders and their development. He has plenty of experience and does a fantastic job to help develop the riders, offering them a well-balanced race program and loads of great stories. I always look forward to his wife’s dinner at his house after an interclub!

PEZ: What was your first race there like – culture shock?
It was a shock for sure. My first race had over 200 riders and even more spectators and the sign on was in a pub! It isn’t like that back home. Needless to say my first race didn’t go so well, I crashed on the second lap and not long later suffered a mechanical. But fortunately there was a Belgian ice cream cart to soften the blow. 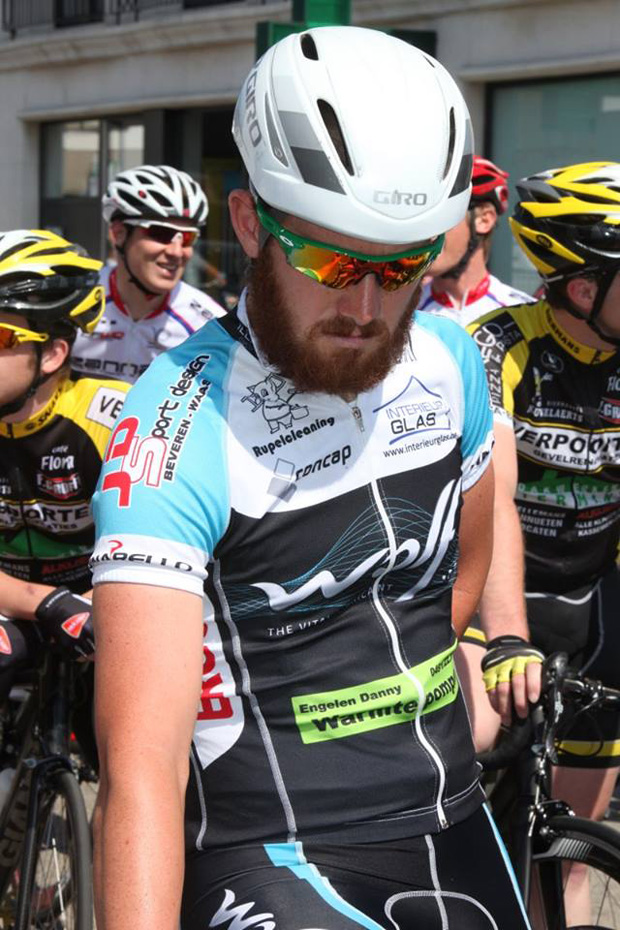 PEZ: What would you say are the differences from say an NRS or an Open A grade race back in OZ to an Inter club and the like in Belgium?
The style of racing is very different. It is attacking from the gun until the finish. Being able to read a race in Belgium is very important compared to in Australia where the races are often controlled by teams. The fields are a lot bigger and the races are very well organized and professional. The biggest difference is definitely the atmosphere! We don’t get that at the NRS races in Australia. 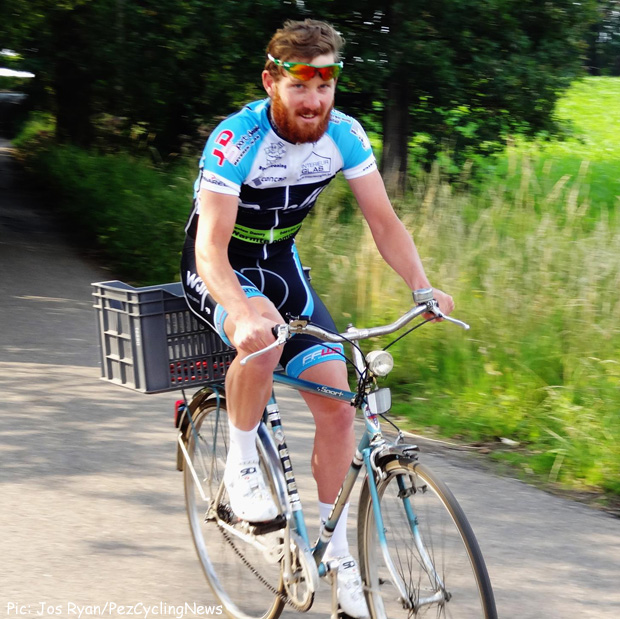 PEZ: You’ve already had a number of wins over there – could you run us through some of your results?
My first win was an elite kermesse in Beveren-Waas. I had a string of 2nd places and was very motivated to win at one of the teams sponsor’s hometown. I was very relieved to get my first win. After that I won my first Interclub 2; the Trofee “Luk Van Biesen”. Most recently I won the 9e Memorial Noel Soetaert, my first Interclub 1 in Belgium. The extra distance made a big difference. 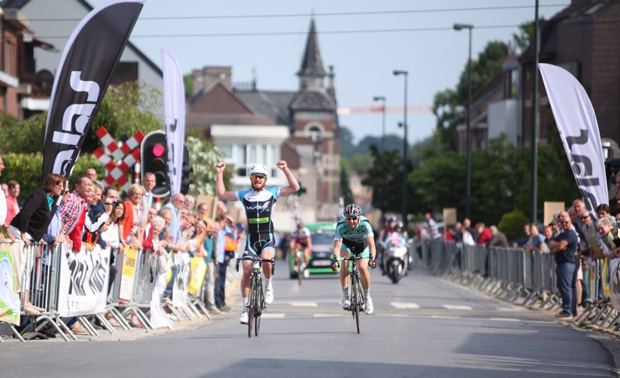 PEZ: Those wins must have got you a bit of attention – how’s that been?
It has been quite overwhelming, something I am not very familiar with. Fortunately I have some very good people around me here in Belgium that are helping me a lot. But I know there is still a lot of work to do to make my dream of becoming a professional cyclist a reality. Hopefully next year I can be exposed to some bigger races in a continental team. 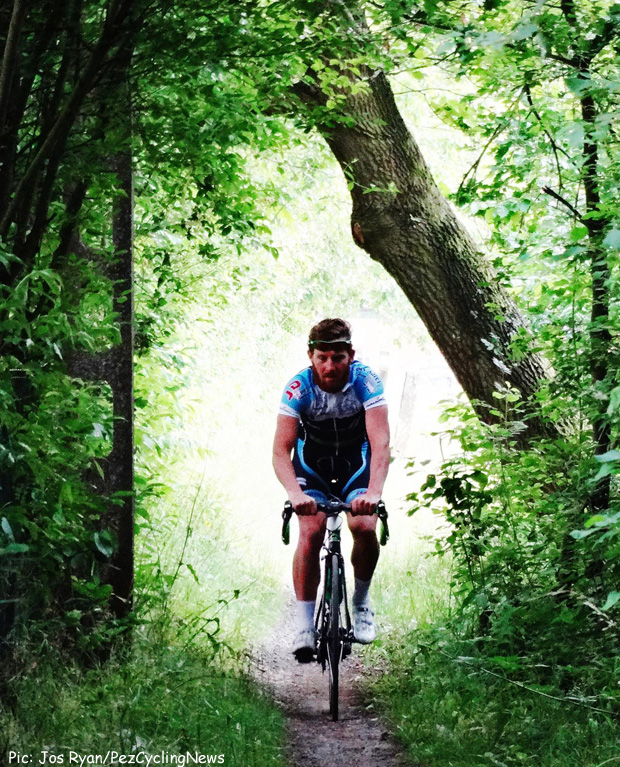 Road, track why not some cross too George?

PEZ: Are you a marked man now?
I have been told I am one to follow, but after 140k if you have the legs, it doesn’t matter how much you are marked.

PEZ: You’re difficult to miss too with that beard – does that get a bit of attention?
The beard has become a bit of a trademark. I wanted to stand out a bit in the races here. I often get called “Luca Paolini” I prefer that nickname to Alan from the Hangover. I am quite disappointed that I wasn’t included in your beards on bikes article! 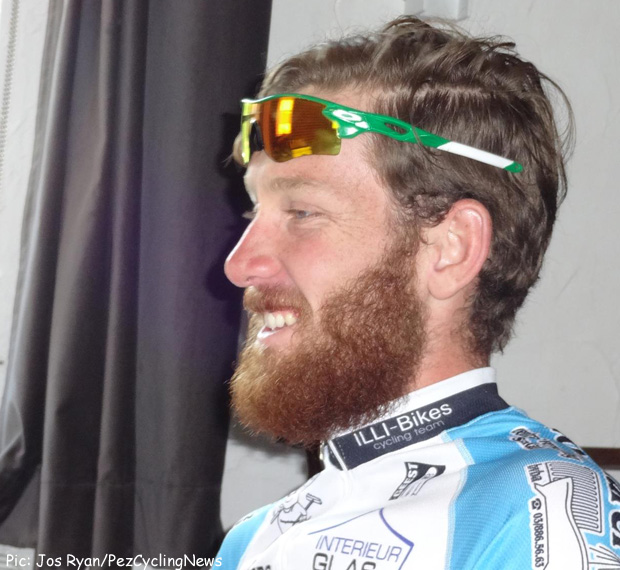 George is a rider to keep an eye on for sure. If he keeps up the great results and developing like he is at the moment there could be a big career ahead of him – and a spot in a future beards on bikes article of course!
Like PEZ? Why not subscribe to our weekly newsletter to receive updates and reminders on what's cool in road cycling?