Roadside Interview: Ed Hood’s first hectic day on this year’s Tour de France was meant to be a rest day, but not for Ed. After the mussel party with OPQS, there were rider interviews to get. First up was PEZ favourite; Michael Mørkøv of Tinkoff-Saxo.

If you’re a long term PEZ reader then you’ll know that we have a special relationship with Tinkoff-Saxo’s Michael Mørkøv.

So our natural choice of interviewee on the rest day had to be MM.

There was the usual warm smile and handshake then we sat down to Tour Talk.

PEZ: Michael, great to see you and thank you for taking the time to chat to us – how many Grand Tours is this?
Michael Mørkøv: This is number five; two Giri, two Tours and a Vuelta.

But my first Giro was just to get through it, I wasn’t close to getting any results – my level has improved so much since then. 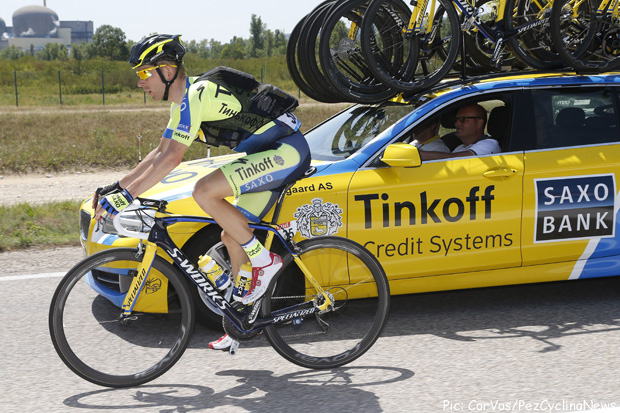 PEZ: People are saying it’s the hardest ever start to a Grand Tour?
Michael: No, I don’t think so, when you’re in a Grand Tour it’s the same every time, people say how hard it is, they can’t imagine it being any harder – but then they say that at the next one.

PEZ: The stages in England?
Michael: Tough, very dangerous and stressful, they were long days because you had to concentrate all the time – hard on the mind.

It was scary, like having living barriers; it’s one thing on a climb where you’re not going so fast but when you’re going downhill through a town at 50/60 kph and most of the people move but some guy with a camera is still standing there a metre out in the road…

I could have grabbed quite a few iPhones!

I think it’s just the crowds didn’t understand that you have 200 cyclists hurtling along at 60 kph – they think maybe we’ll be coming along in twos, waving to them…

And the ‘selfie’ pictures – it’s not like you’d stand beside a highway and take them is it?

PEZ: How long have you known you’d be riding le Tour?
Michael: My whole programme since December has been based on riding the Tour – even though the final selection was only made the week before I was pretty confident I’d be here. 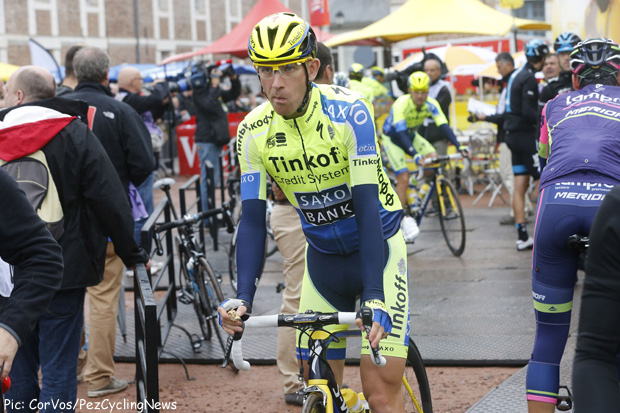 PEZ: We have to ask – Alberto’s crash?
Michael: That stage was a nitemare – we knew right away that it was bad.

That morning in the bus we worked out a detailed plan for the stage – Alberto was full of confidence and when he says; ‘I’m gonna win, today!’ he usually does.

I had huge confidence within me; we’d survived that crazy first week and today was going to be our day.

We heard a crash had happened but Nico Roche checked on the radio and told us that none of our guys were involved – so we relaxed.

But as we rode past, there was the one guy in the whole race who shouldn’t be there – our team captain.

I saw straight away that it wasn’t good – his helmet was damaged and I could tell from his face that it was serious.

We all stopped straight away but within one kilometre we had to stop again so as he could have his knee bandaged and change a shoe which had been broken in the crash.

When he stopped it was such a disaster; we went from us all having such confidence with Alberto finishing second the day before to nothing.

It wasn’t the night time in the hotel which was difficult, it was riding the last 100 K of that stage – one minute we had clear goals then in a moment we’d lost everything.

PEZ: But you came straight back, strong…
Michael: The rest day was next day and it came a good time for us; we went for a small ride, stopped for coffee then spoke to management – we knew we’d have to lift ourselves of course but it was nice to be able to have time to talk about it.

The team was selected completely on the basis of who could best support Alberto; but strong riders in their own right – Rafal Majkal, Michael Rogers, Nico Roche…

Rafal has huge potential; he tested with the team at a training camp in 2011 – he was following Alberto over the top of climbs and the team signed him right away.

He rode very well in the Giro and we were almost sure he could win a stage.

You could see him grow by 10cm. the day before his win when he was second to Nibali.

He has huge potential; he just needs a good team behind him to keep him calm and prevent anyone from messing with his head.

PEZ: And we head into the Pyrenees, now.
Michael: He has the confidence and he’s level on points in the GP de la Montagne so we’ll certainly be trying to get him to Paris in polka dots.

PEZ: Has Alberto been in touch?
Michael: Yes but it’s very hard for him; he was so focused and sure of victory and now he’s sitting at home.

He was very pleased when Rafal won the stage and relieved that the team didn’t fall apart after he left the race. 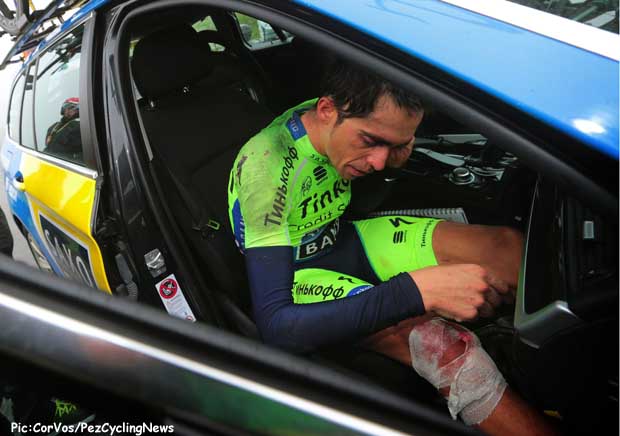 PEZ: And the ‘broken bike’ story?
Michael: That was just coincidence; the bike that was pictured was never even ridden.

Our team car had been passing the Belkin team car on a narrow road and the roof racks of the two cars became tangled up – that was when the bike was broken.

If you look at how the frame broke, it would never break like that due to a crash.

PEZ: What’s it like have Mr. Tinkov on the race with you?
Michael: He loves the sport, you can feel his passion for the bike; it’s good to have a team boss with so much enthusiasm and who’s made such a financial commitment to give us the best opportunity to win.

He was devastated when Alberto crashed – everyone was.

But it was Bjarne who took it hardest – every year his big objective is to win the Tour.

He’s done it with Carlos Sastre and wants so much to do it again – this year was his best chance, ever.

PEZ: Can Nibali be beaten?
Michael: I don’t believe so; he’s strong, intelligent, has a good team, has won Grand Tours before – guys like him and Alberto don’t mess up; they know what they have to do to win.

He has the character of a star, he doesn’t have to say a lot – you’ll hear no stupid comments from him.

PEZ: And when it’s raining and the echelons form do you wish you ever wish you were on a nice warm six day track?
Michael: Not so much in the wind and rain but on Stage 14 the Col du Lautaret when we saw the sign at the bottom, ’34 kilometres a la sommet’ our heads dropped and I thought; ‘I wish I was on a nice smooth board track!’ 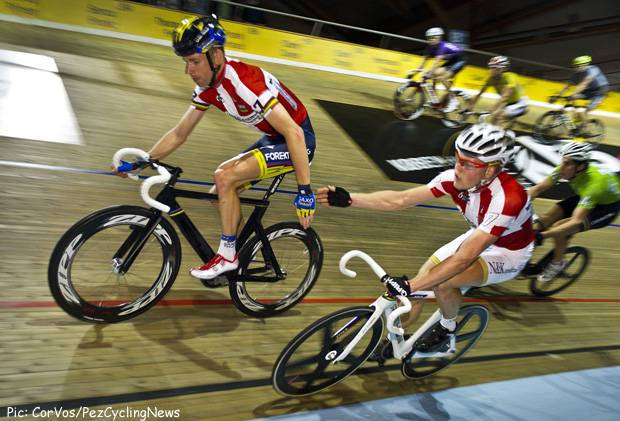