Photo Report: After the action of the 2014 Clarendon Cup was over on Saturday it was time for the mens and womens peloton to roll into Arlington and on to the demanding Crystal Cup the very next day. Darrell Parks was there once again for PEZ to capture all the best images. 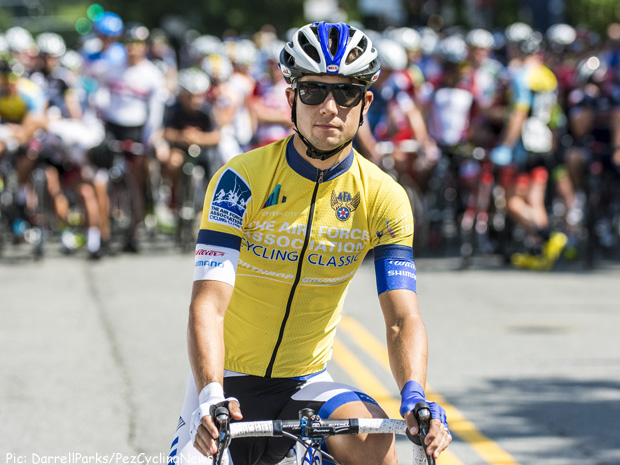 Kiel Reijnen lines up in his Yellow Omnium leaders Jersey for day 2 of the Air Force Association cycling classic in Arlington. The Crystal City Criterium is a short and fast circuit with just 4 corners and a quick jog on the back stretch. 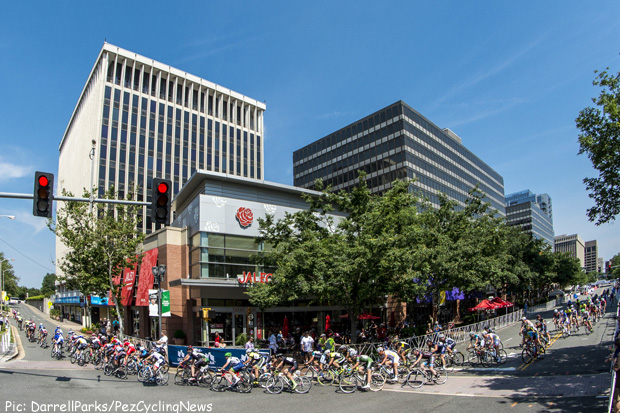 The course weaves in and around a shopping center in this concrete jungle on the outskirts of Washington DC. Here the Peloton navigates the first turn with the Crystal City skyline in the background. 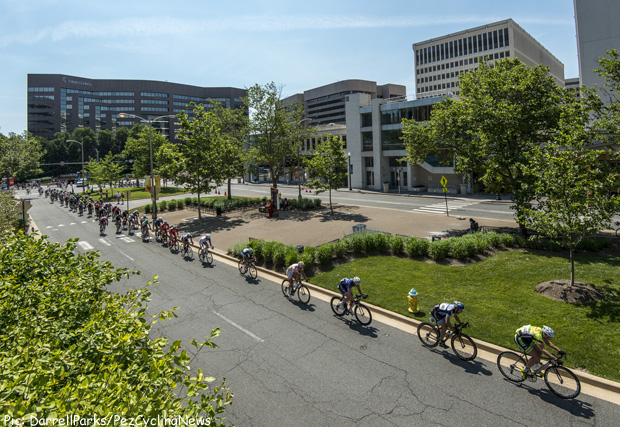 Exiting turn one finds the race on a slight uphill straight leading into turn 2. The harshness of the huge buildings are offset by lush gardens and well manicured park lawns and an abundance of shade trees. 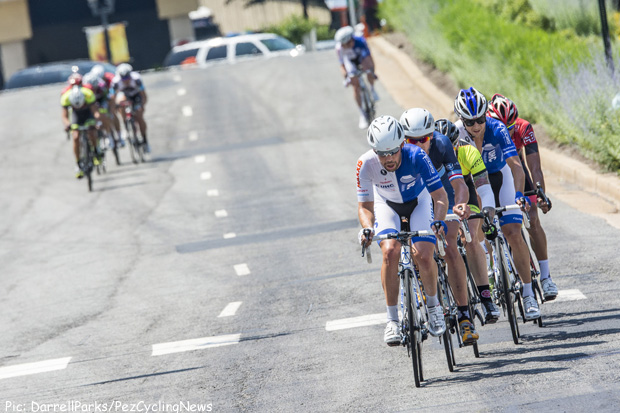 The long stretch of road on the back side of the course finds two groups off the front. The long telephoto lens tends to compress the image making it seem like they are closer than they really are. 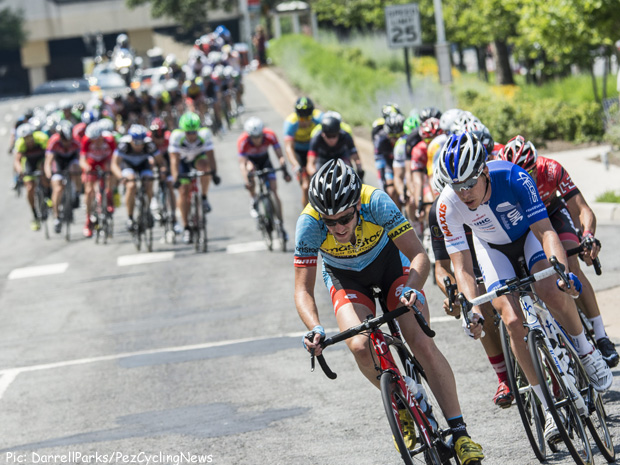 The field is all over the back straight as they desperately try to catch the breaks up the road. The Peloton violently weaves to and fro as riders try to shake off the wheels in their draft. 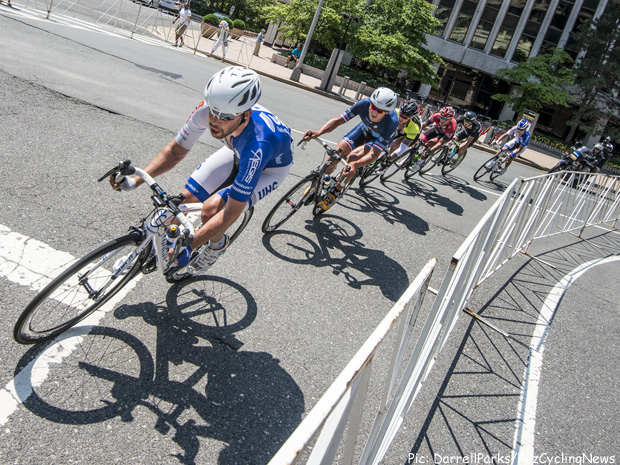 UHC’s Jonathan Clarke leads the break around the jog in the back side of the course. The curve of the riders, their shadows , the railings, and the lines on the road all help to lead the eye into and through the frame. 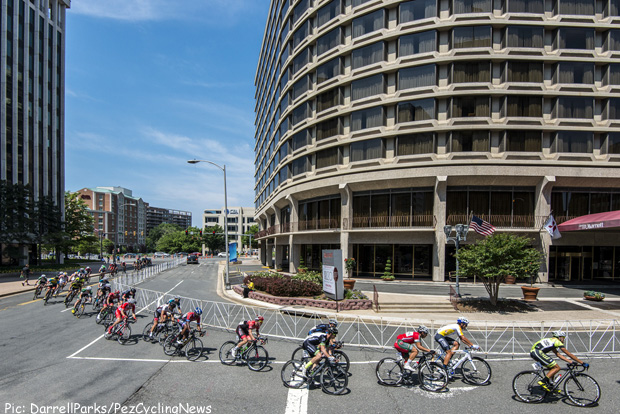 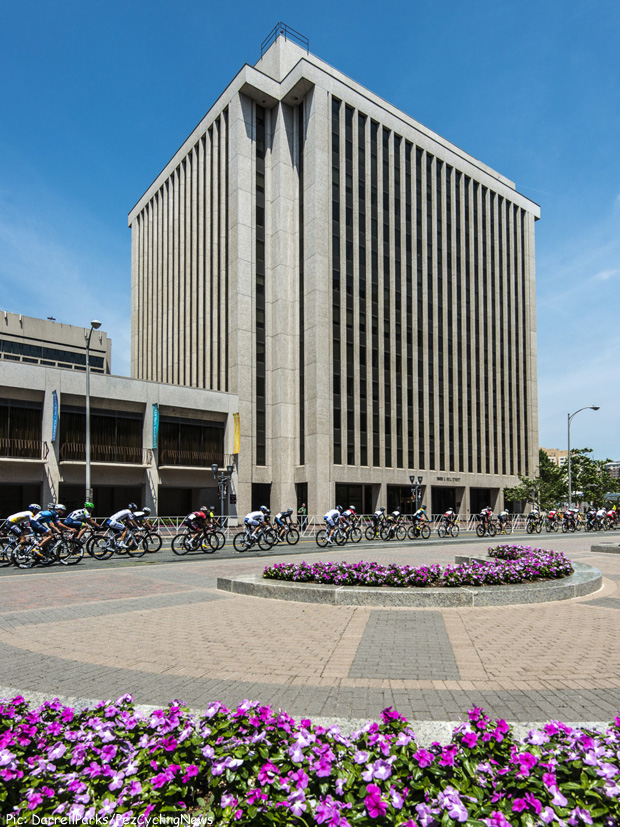 Here the curved flower beds add a warm element in contrast to the giant cold stone building with its straight lines and sharp edges. It’s hard to go wrong with flowers in the shot! 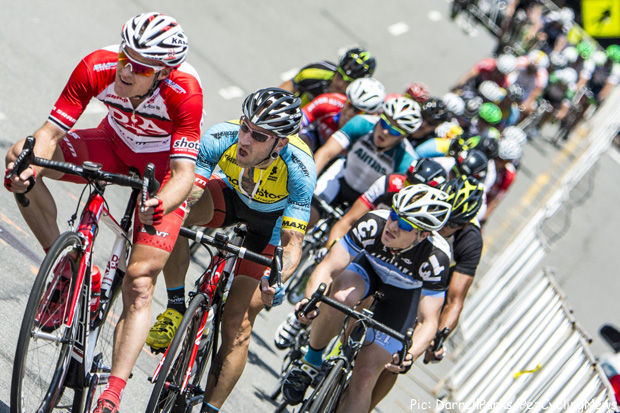 Adam Myerson of team Smart Stop can be found near the front of the Peloton as they descend out of turn 4 into the final turn. I’ve framed the image so the riders seem to be falling out of the upper right corner of the frame adding interest to the image. 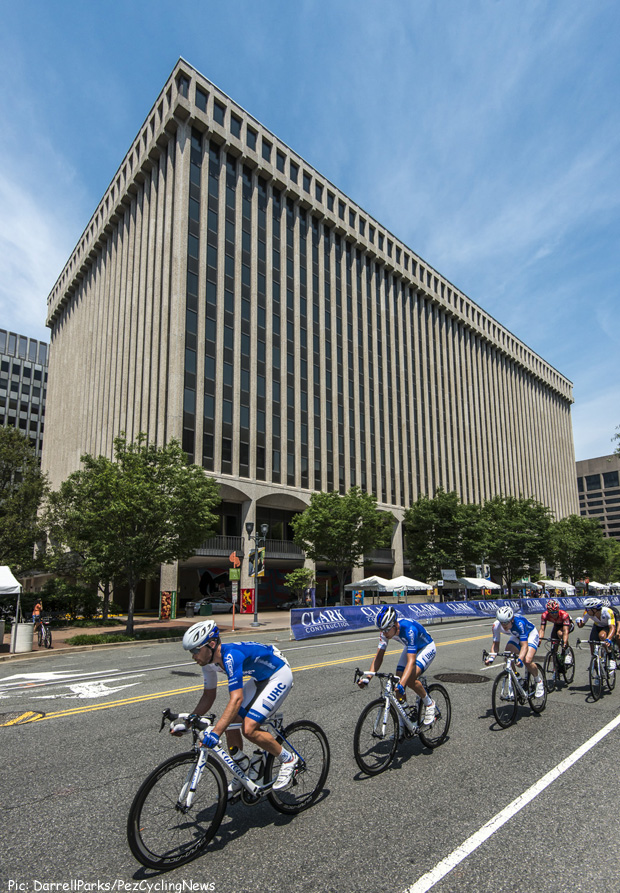 With the break having lapped the field, United Healthcare comes to the front as the Peloton heads down the road towards the finish line. Another giant pointed building makes for an interesting background. All these buildings really do have square corners. The perspective view of the camera renders the corners of the buildings as acute angles. 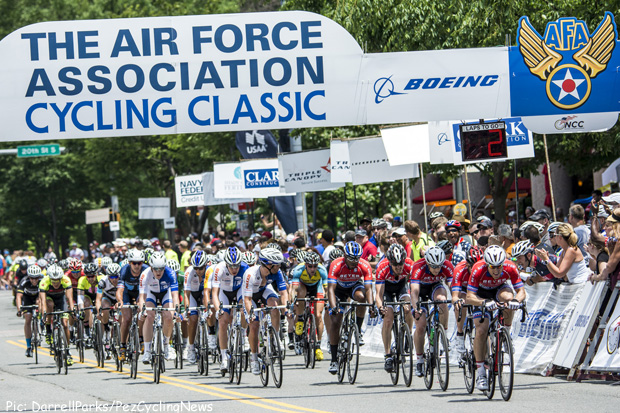 Here in the final circuits the race crosses through the start finish and Jonathan Clarke of UHC doesn’t appear to like what he sees. It turns out the local elite team of Buyer Auto has decided to come to the front and try to derail the infamous UHC train. Of course United Healthcare will have none of this and blew past them on the bell lap. 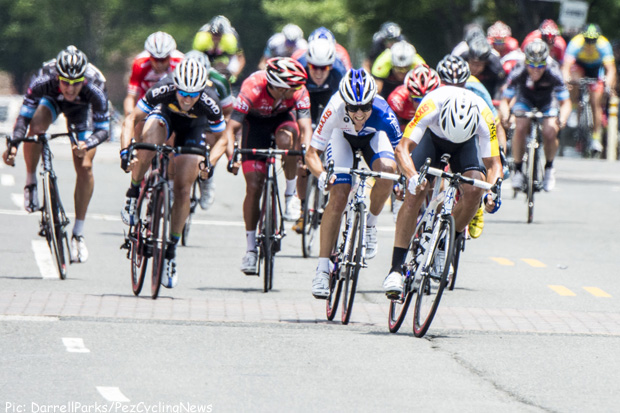 Carlos Alzate does the final lead out for Kiel Reijnen in the sprint to the line. 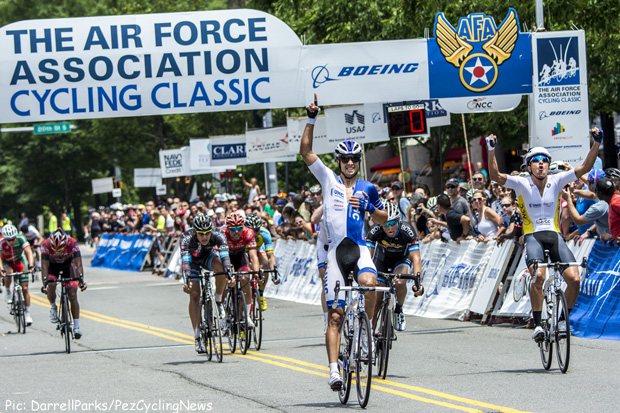 And Keil Reijnen takes his second win in Arlington and his third victory in as many races when you bring Philly into the mix. 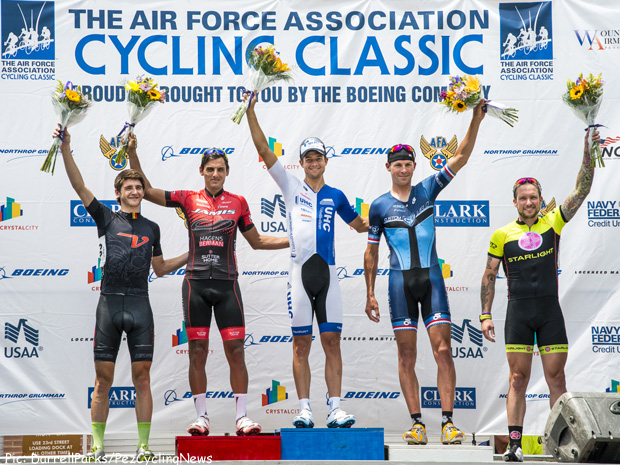 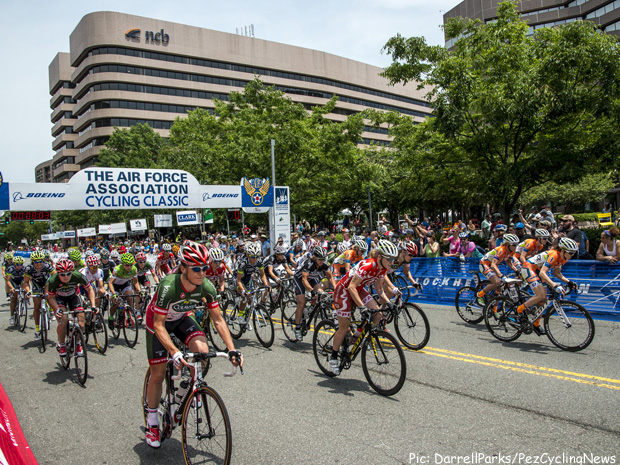 The women head out on course in Crystal City 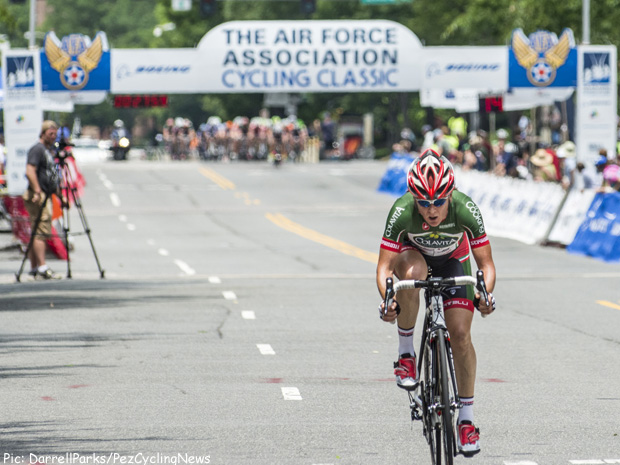 Colivita rider Olivia Dillon finds herself with a nice gap early in the race. 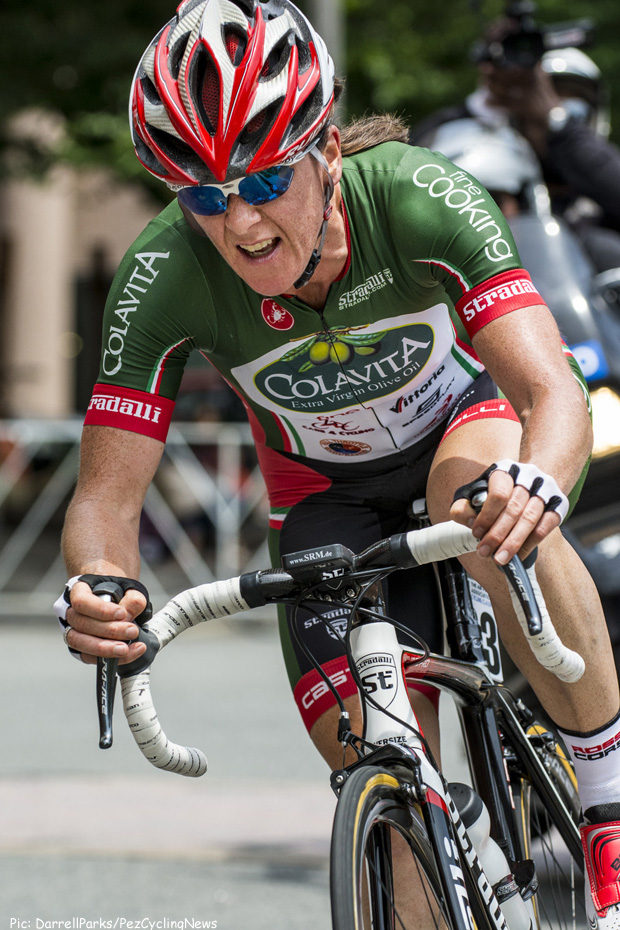 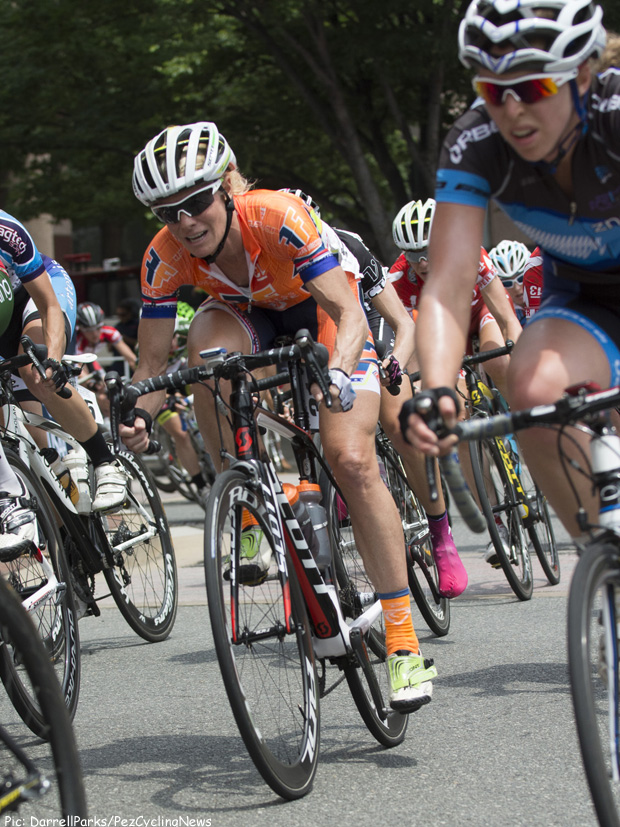 Tin Pic of Fearless Femme is safely tucked away in the peloton. 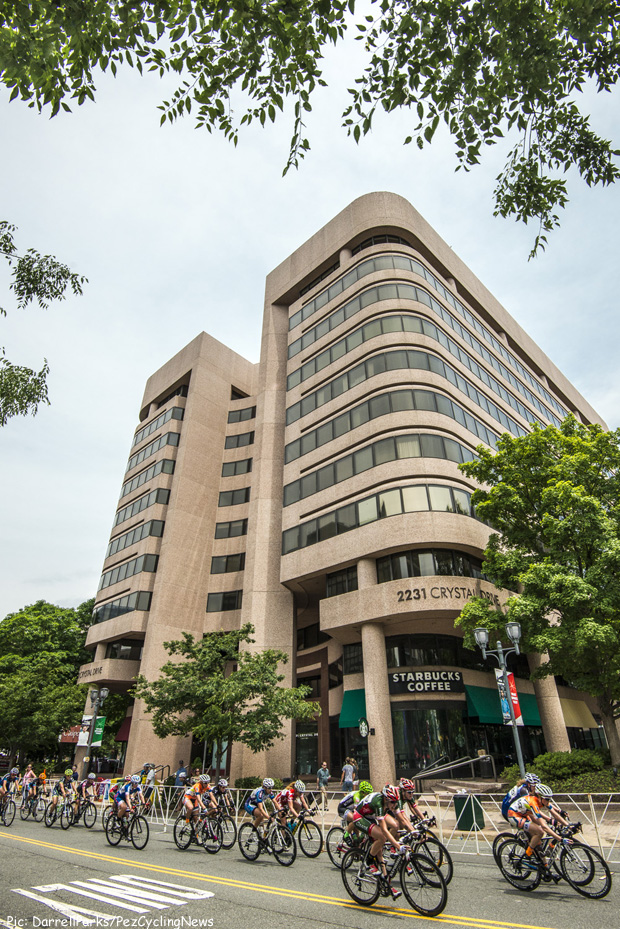 Yet another interesting building found on the way into the finish. and the sky starting to cloud up in the background. Will the typical afternoon rain showers hold off? 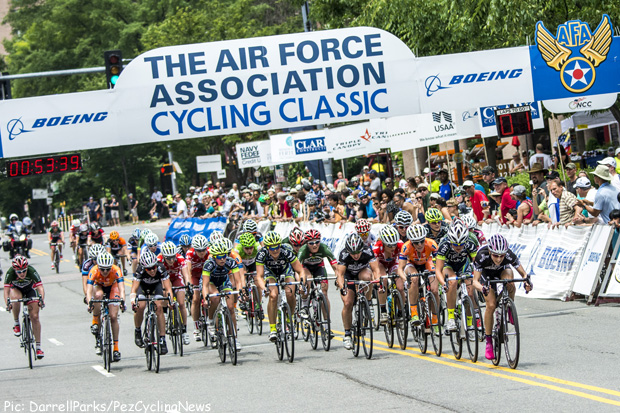 All together through the finish with one to go. 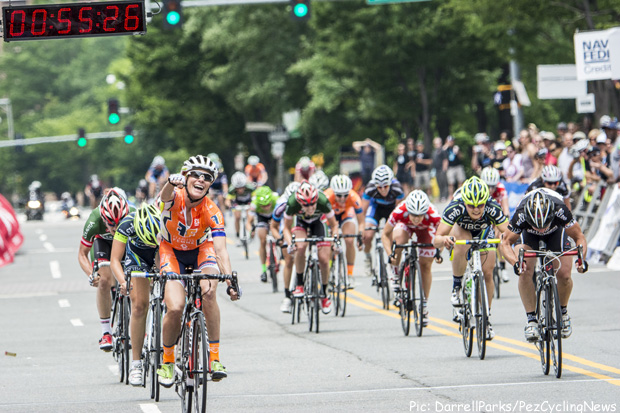 Once again Tina Pic takes the win in Arlington. 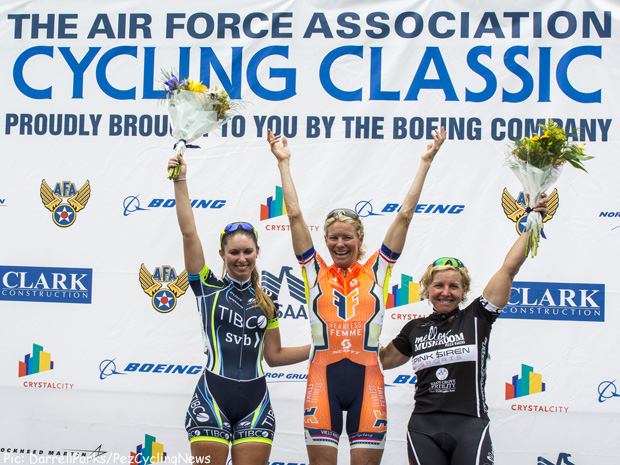 A Ride with the Heroes on Monte Grappa