PEZ-clusive: On the startline at the Amstel Gold, following the race and then at the finish, new PEZ contributing photographer Wei Yuet Wong was there in the heart of the action. Here’s the story of Wei’s day from behind the lense following the Netherland’s only Classic.

I make pictures of cycling, and while I love the racing, I find that my best pictures are not of the racing. I want to share with you a dozen photos from the Amstel Gold Race, and I hope you like them. 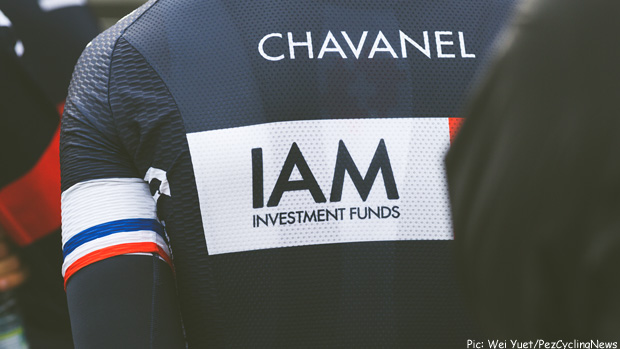 Chavanel is one of my favourite cyclists. It’s good to see him recovered from illness. I enjoyed following his career. Moving to a new team can be quite difficult, but I hope he get his win in the big classics soon. 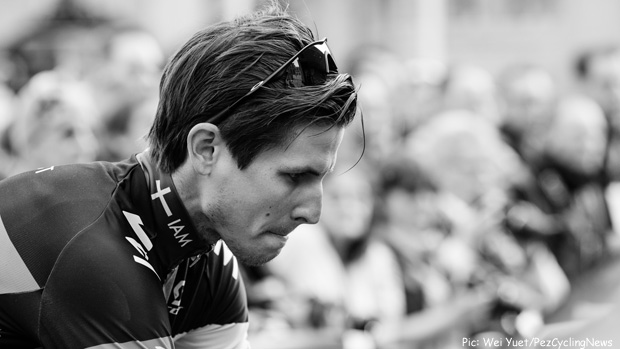 It’s interesting to see riders before the race. Thomas Lövkvist seemed in an introspective mood. He was not really speaking or smiling much to people, and not really involved in the happenings at the rider sign on. Times like this, I would really like to ask, “What’s going through your mind?”. 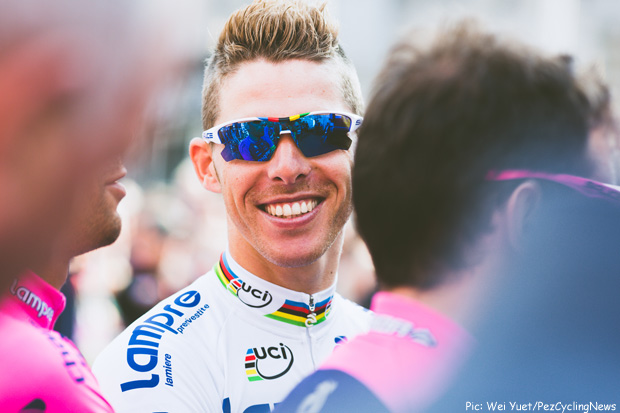 This picture of Rui Costa gave me a feeling of déjà vu, through the viewfinder. When I reviewed the photo, I realized it’s almost similar to a picture I made of him when he won the Rainbow Jersey at the Toscana World Championships – looking past some people, smiling at the camera. Looking forward to see how he would perform this season as World Champion. 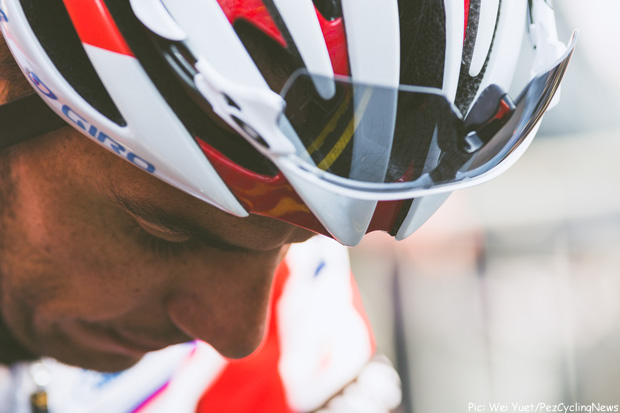 Joaquim Rodríguez takes a small moment of calm. He is a popular rider, with fans, journalists, and his colleagues in the peloton. He also has a ready smile, greetings and a few words for most of the people he knows. I think he has carried himself well over the years. 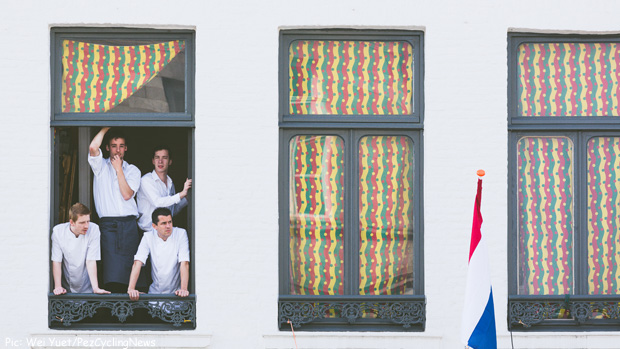 It’s good to see how the local people embrace the race. I think spectators are a very important part of the race, and the sport. However, I do hear some complaints from locals that for some, the race does make things more inconvenient. I guess one cannot please everybody. 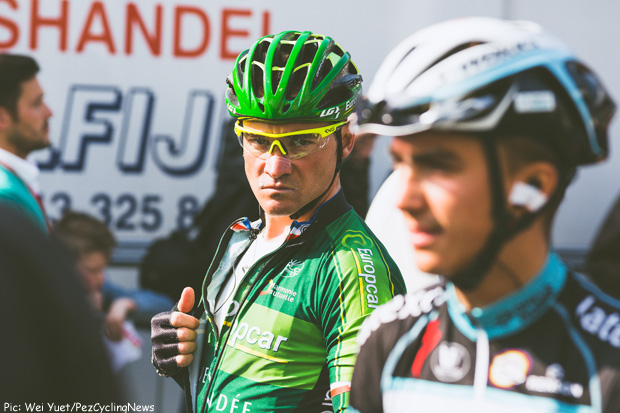 Thomas Voeckler always seems to be adjusting something. His radio, his jacket, his helmet, his eyewear, or his bike. I once saw him fiddle with his bike for a good few minutes, and then he decided to go to his mechanic for help. Also, he likes to go right to the very back of the peloton before the roll off. Interesting guy, and no doubt very exciting racer. 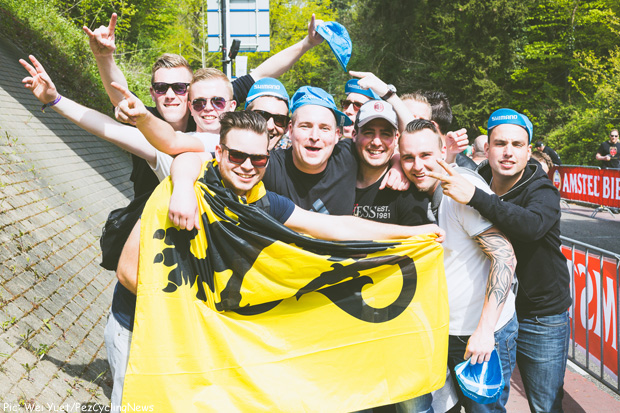 The Belgian fans I meet are varied, and very knowledgeable about the sport. They helped me with their local knowledge. Very nice people. However, on a few occasions, I had some annoying times with fans who had a little too much to drink. It’s all part of the day, and one learns to navigate it better. 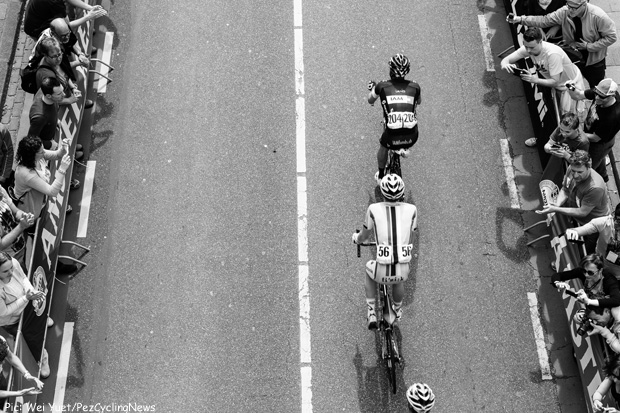 I like to make pictures as close to the action as possible. But, sometimes, it’s refreshing for me to see the race, and the spectators from another perspective. I just learned a German word – leidensfähigkeit, which translates as “suffer capacity”. Looking at the riders from the bridge, being asked to climb 34 hills in over 250km, it is really a sport of leidensfähigkeit. 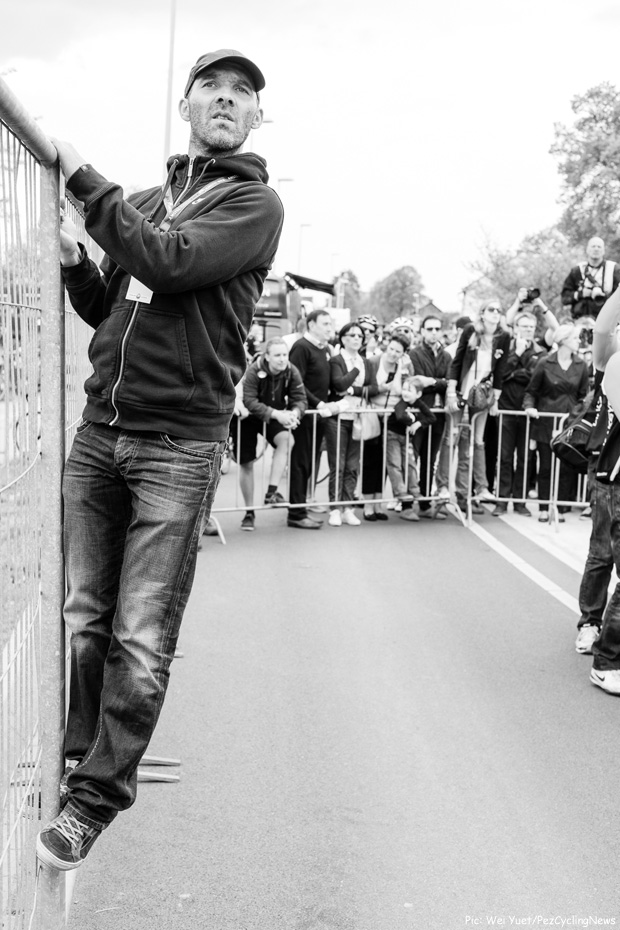 I also love making pictures at the finish. That is when all emotions are let out. Every one is a fan. Among the words used to describe supporters or fans, I like the Italian one the most. The word, tifosi, derives from the word tifo, in English, typhus. Symptoms of contracting typhus include fever, delirium, and rashes. In some ways not that different from going crazy about a sport or team one loves. Even people who are supposed to be working, the television crew, journalists and photographers, also want to know what is happening. 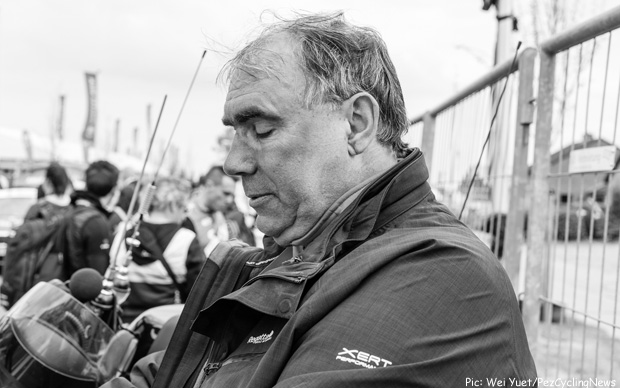 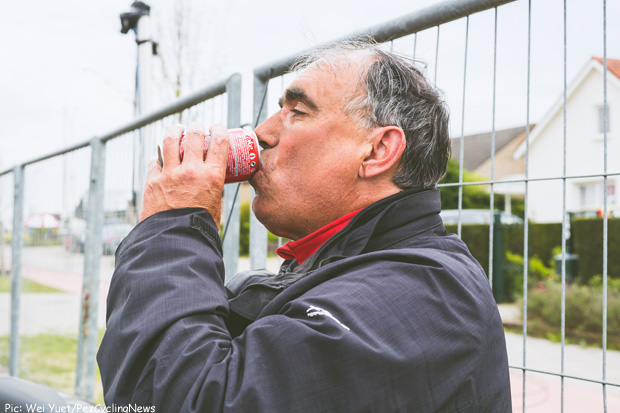 I was trying to make some pictures of riders at the finish, when some race motorcycles pulled up, and their pilots got off. He looked exhausted, with dirt and grime tracing the outline of his riding goggles. He then immediately proceeded to down a can of coca cola, and looked amused as I was making pictures of him. It amazes me how many support vehicles – cars, motorcycles, vans and lorries are needed in a bicycle race. It’s a tough job, and tiring day for everyone. 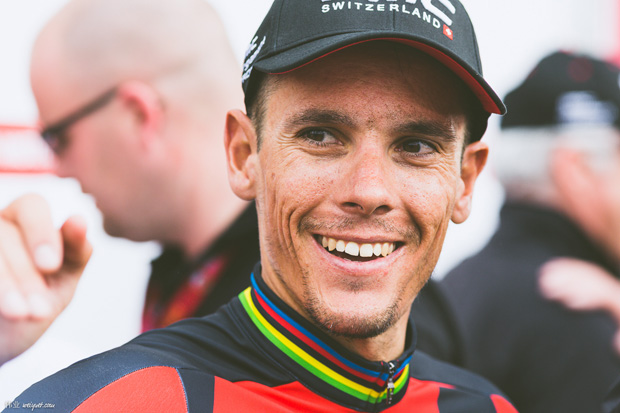 A tiring day for almost everyone…

Stay tuned to PEZ for more from Wei at Fleche & Liege this week.