The State of California is home to an impressive 1 out of every 8 Americans but an even more impressive – 2 out of 2 readers in today’s Readers’ Rigs! These two readers have two very different bikes but one very big thing in common – a pure love for their machine. It’s time for our first 2014 edition of Readers’ Rigs, the column where everyday readers talk about their bikes. 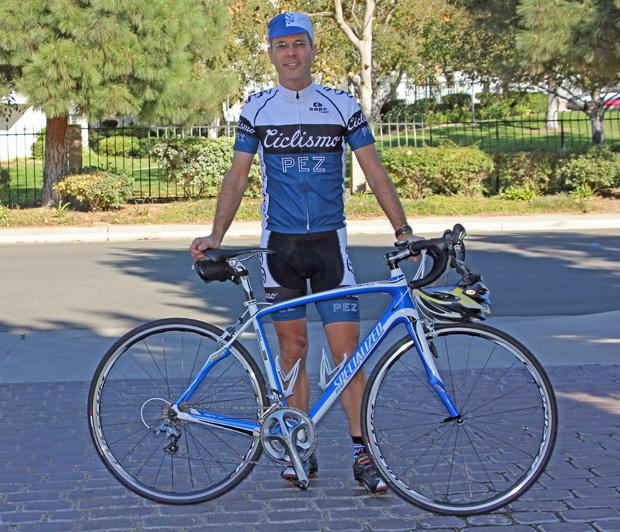 What’s the story behind your bike – why this bike?
I wanted a Roubaix because I was more interested in comfort. I liked the taller headtube, Zerts inserts, longer wheelbase, etc. I started saving money by stashing money in an envelope. When I found myself with $5 and was going to spend it, I asked myself “do I really need that?” Every time cash would be in my wallet, I tried to transfer some of it into my “bike envelope.” Just like a drop of water in the bucket, over time it would fill up the bucket, right?

Sometimes I would come close to having enough, and some house repair would be necessary and I’d have to use some of it. Or once a car door broke and we needed to fix that. My wife started talking about the kids’ braces and I knew that would be the end of all the money. I knew I had to get rid of the money quick or else it would be spent (she didn’t know about the envelope).

It took three years of saving, but I finally put a deposit down at the bike shop. They ordered it and I thought it would be a couple weeks. Turned out to be four months, because evidently I ordered at the wrong time of the year and the inventory was scarce. I learned quite a bit about the business of bike shops and their dealers. When I finally got it, I felt like a little kid on Christmas morning. 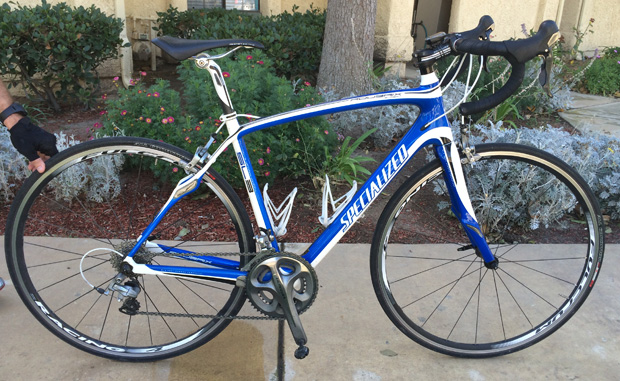 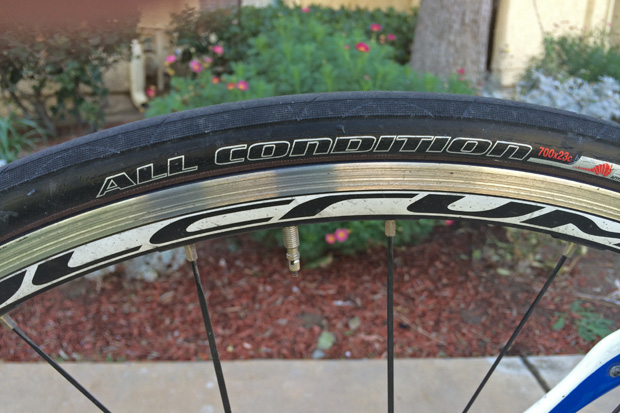 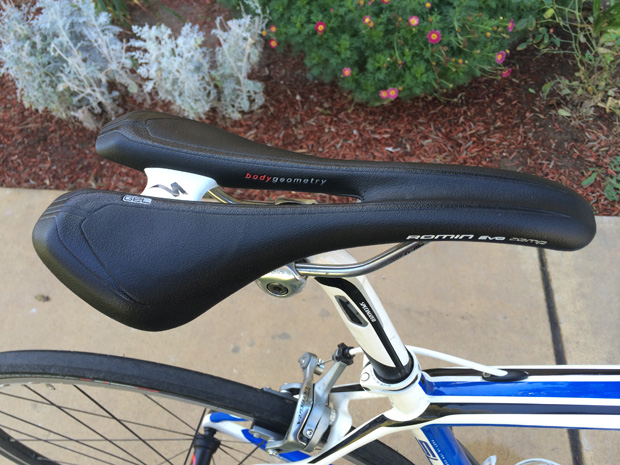 Favorite area to ride?: One of my favorite rides is a local hill that was actually featured on PEZ called Balcom Canyon. This hill is 7 miles from my house and it was very exciting to watch the Tour of California ride up it.

The town I live in is always 5-10 miles from great riding. I live 10 miles from the Pacific ocean in Southern California. There are plenty of hills off Pacific Coast Highway to keep me busy hill climbing. In the other direction is Balcom Canyon and Somis, which during the weekends, you can count on one hand how many cars drive by during a two hours. Any place where there is a two-lane highway and hardly any traffic with beautiful views and nice tarmac is my “favorite ride.”

What inspired you to ride?
When I was a child, I raced BMX and was home sick from school one day. My mom made me chicken soup and went to the store and bought me a cycling magazine. In it were two stories. The first was a story of Jonathon Boyer in the Tour de France and another story about the Race Across America. It was one of those moments that captures your heart and you’re instantly inspired. The next day I was magically cured from the chicken soup and hopped on my father’s 10-speed bike. The feeling of riding far, speeding down hills, the feeling of accomplishment when you climb a tall mountain had me hooked. In the next couple of years, Greg Lemond would win the Tour de France numerous times and Andy Hampsten would win the Giro. These were big years in America. Cycling was what I wanted to do. 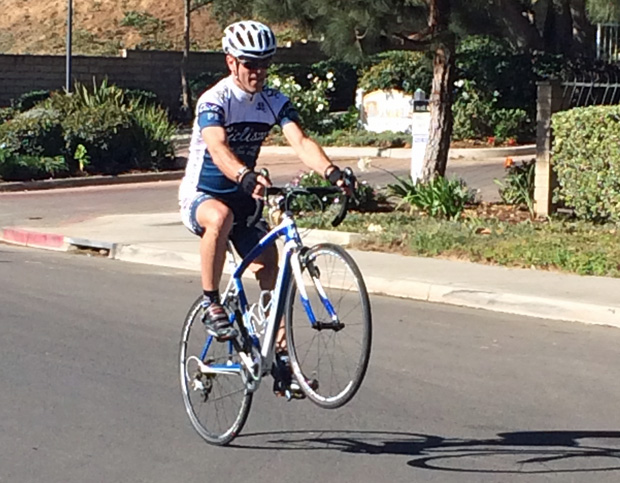 Final thoughts?
My kids eventually got their braces. 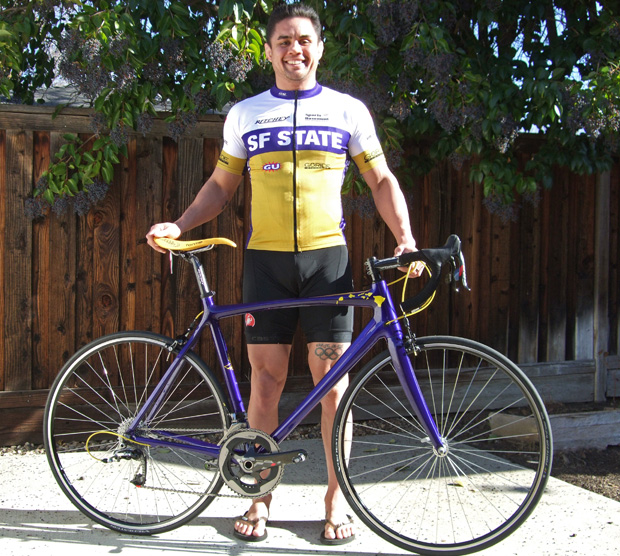 What made you choose this bike? My Dad saw it hanging in the bike shop during a sale. He pointed it out and I really loved the geometry of the frame, the tube angles make for a stiff ride but not uncomfortable. Great all around bike responsive and punchy enough for crits and light enough, at 860g, for climbing. 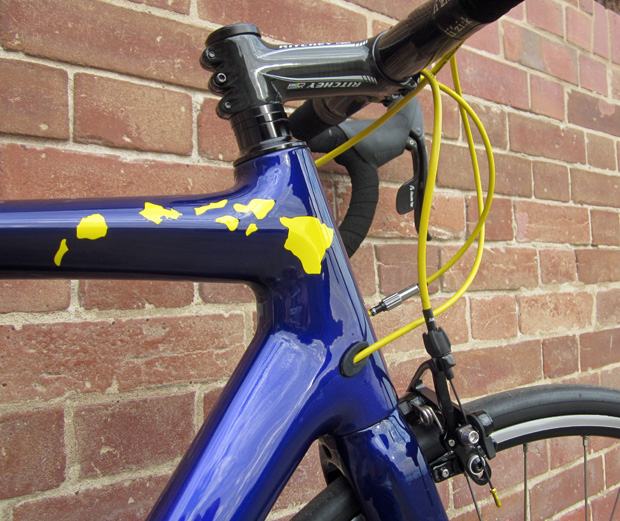 What modifications/additions have you done? The frame/fork set was an FDJ model painted with the French colors and adorned with the FDJ team logo and sponsor decals. Being a professional athlete myself, I always felt a little funny about riding around with a replica pro team bike or kit, so I decided to get it custom painted and make it my very own. I took it down to Rick Stefani of D&D cycles, he paints all of Tom Ritchey’s frames, he is quite the artisan. He painted it a beautiful candy purple with yellow decals. I wrestled in college for and graduated from San Francisco State University and wanted to pay homage with the school colors. Originally from Honolulu, Hawaii, I have the Hawaiian island chain on the top tube and a simple silhouette of King Kamehameha on the seat tube. The yellow cable housing and saddle give it just enough yellow to really make the bike pop. I think it’s a great color combination. 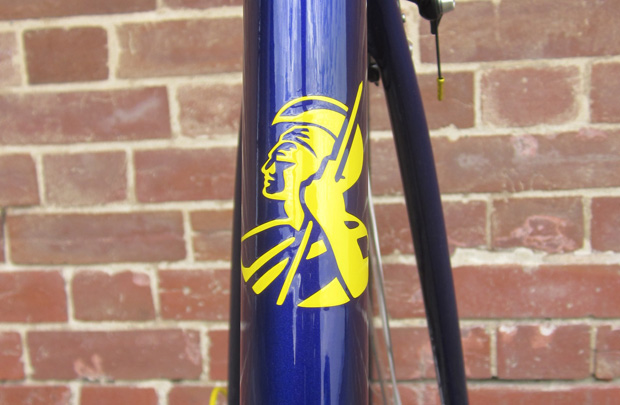 What components are you running? The frame is Di2 compatible but I opted for the SRAM Red Gen. II groupset (crankset, shifters, front & rear derailleur). I ran the first generation SRAM red on my first bike, Trek 5200, and just loved the Double Tap feature and the crisp and definitive shifting. I think the rider should do all the work and not electronic gizmos run by batteries. The only exceptions to the Gen. II groupset are the brake calipers and cassette. I opted for the older SRAM Red Black calipers instead of the new ones. The black goes great with the rest of the bike and I preferred the look and shape of the older calipers. The cassette is the SRAM Force PG 1070 which in my opinion runs a bit more quiet than the Red Cassette. The cockpit and seatpost are Ritchey WCS Carbon. I was using an old Concor saddle but recently switched to a SMP Forma and it seems to fit me great. 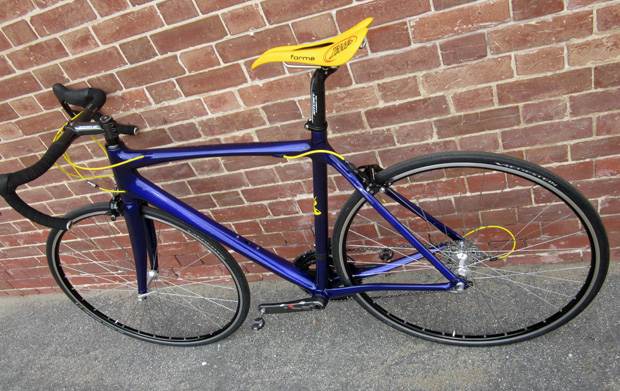 I’m running a mid-cage rear derailleur and like having the option to swap out and use up to a 32T cog, for the rare occasions I do a double summit ride up Mt. Diablo as at 82K I need all the help I can get going uphill. As for wheels I’m running Mavic Open Pros with older Ultegra hubs. They are a great and tough training wheel that stay true even on the worst of roads.

Favorite riding area? There are many beautiful places to ride in the San Francisco Bay Area. Mt. Diablo, Walnut Creek Northgate side is one of my regular routes, I also love the Canada Road Crystal Springs Loop in Woodside,CA.

Favorite riding experience on your bike? Any ride I do with my Dad is a great one (fittest 70 yr old in the world). Starting to love Criterium racing, it’s like Formula 1 on your bike! 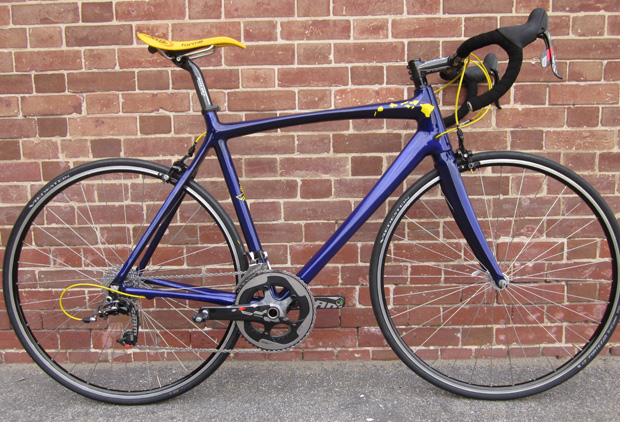 Future upgrades? Someday I’d love to get a set of race wheels, Zipp 303’s would be nice. Other than that I have the bike set up exactly how I want it, having said that I’m sure I’ll be surfing the PEZcycling website and see something really cool that I just can’t live without.

Last words? I grew up wanting to be a professional cyclist. Learning from my Dad I’d wait for him to get home from his ride, on his cream colored Gianni Motta, so we could go around the block a few times and I could pretend I was riding for La Vie Claire beating Francesco Moser in a break away sprint to win the Paris Roubaix. Most of the time he would let me win, but every once in a while he’d beat me just to keep me humble. I’ve fought MMA professionally now for a living since 2005. Cycling taught me as a young boy how to suffer and keep going, how to be physically and mentally resilient and maybe more than anything it taught me about passion. It’s all translated into the sport I now do for a living. 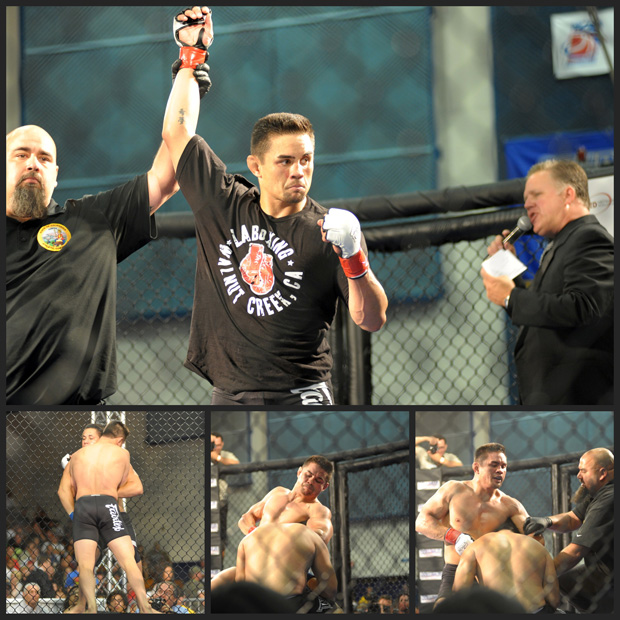 Cycling has provided great cross training and is an outlet when I need to get away from things. Just staring and tinkering with my bike brings me enjoyment. Cycling is a beautiful sport filled with deep culture and a rich heritage, there’s a certain mystique about pedaling a bicycle up a 4000′ climb, no one there to help you… just you and your machine. I LOVE MY BICYCLE!!