As the recent World Championships wrapped up in Florence on a rainy Sunday, how many fans can tell you who’s hosting the next Worlds? Admission; I forgot and had to look it up. The answer is… Pontferrada! Located in far northwestern Spain, it’s a bit isolated, but could be a great spot for the UCI’s highest profile racing. Assuming, of course, the country’s financial troubles don’t crash the concept.

And the 2015 Worlds? Look back two years from these Italian Championships; that’s when Richmond VA officially scored an improbable winning bid. The selection announcement at the Copenhagen races in September of 2011 caught more than a few by surprise, exciting some initial interest and speculation. Since then, Richmond and 2015 have dropped off the radar, at least outside the venue city itself. The lengthy preparation process means little else of general public interest happens for 2-3 years after the selection. 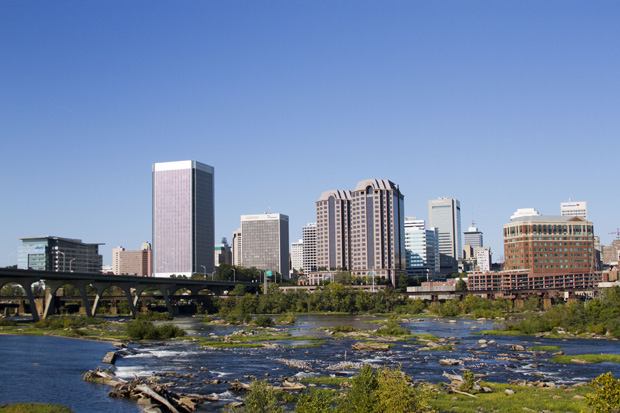 But the successful bid represented months of effort by a strong team. And since the award, the Richmond 2015 group hasn’t slowed down. They’ve already raised (locally!) half the funds for the estimated 25 million dollar budget. A nice contrast to the financial issues that plagued the Louisville Cross Worlds earlier this year.

Of course, Richmond had a strong contingent in Florence. Nothing like seeing how the euros handle it while working up the plans for the first U.S. Worlds since 1986 (Colorado Springs). 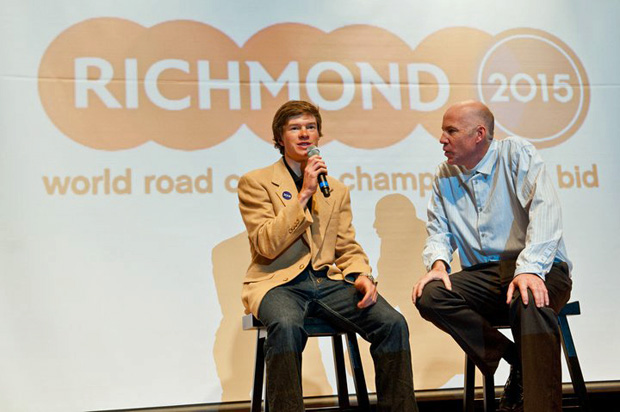 Pez talked to Lee Kallman, the Richmond 2015 Director of Marketing and Communications on the last day of the Championships in Florence.

PEZ: With your event two years away, what is the focus for you here in Florence?
I have three objectives anyway, including working on our concept of the Road to Richmond. As part of that, we’re doing monthly online broadcasts and we’ve done two here with USA Cycling teams. It’s not about the racing so much but starting to bring some of the personalities to light for the public.

But I’m spending time in the media center seeing how they’re doing it so we can build out our plans. There are also big economic opportunities for Richmond. An initial study estimates a possible 450,000 total spectators and 158 million in economic impact. We have to figure out to realize this. Finally, I want to see how to present Richmond and the transformation it’s been going through over the last 10 years. There’s a whole different community vibe on the culture side, the art scene, restaurants. We are going to showcase that to the region, the country, to the world. It’s a big picture to paint. 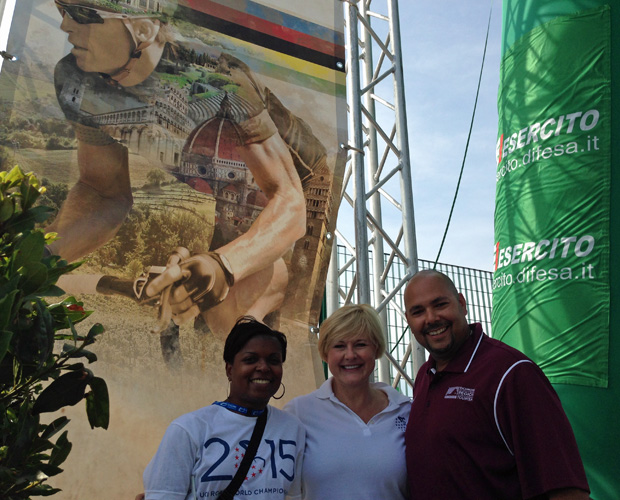 Three key players of the Richmond organizing team in Florence.

PEZ: How about the rest of your group here?
Just about the whole team came over: Tim Miller (COO), Wilson Flohr (CEO), Jeannea Spence (Director of Development), Monica Callahan (Marketing/Event Manager). Plus key city people like Mayor Dwight C. Jones, plus the emergency services side, and someone on the merchandise side. We have a great team who have done events like this before, but it’s good for those who haven’t to get a sense of what it’s all about. Everyone can get ideas we can take or tweak, get inspiration, and see how space gets utilized.

PEZ: In looking at the Florence events, what do you see that you might do differently?
With all the cycling history in Europe, they can have success just by attracting the cycling crowd. We have to make it more of an event, more entertainment than just sport. There are lots of areas where we’re looking at blowing out concepts. Have all this stuff going on but the biggest race in the world at the center of it. 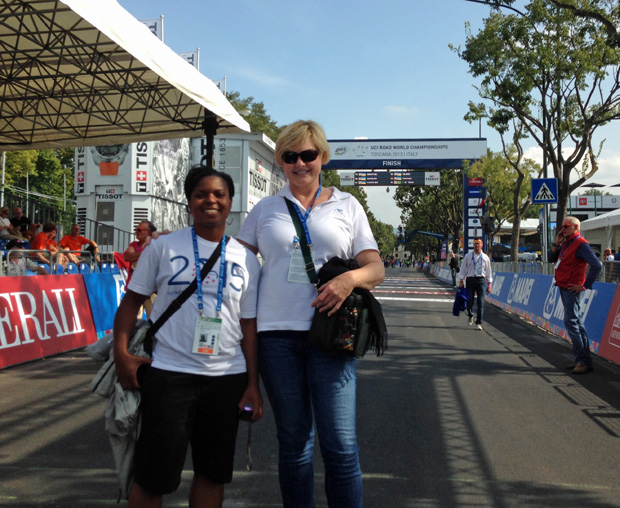 At the finishline in Florence

PEZ: Beyond all the behind-the-scenes, I’m sure people would love to hear about the courses. Where are you guys with that?
We really plan on announcing courses in Spain next year. And that’s when we’ll really start to showcase Richmond and how great it will be to have the Championships outside of Europe again. We’ve had a number of big races in Richmond going back to the Tour de Trump/Tour DuPont. So, we’re looking at what’s worked and what hasn’t — people can rest assured we’ll have great competitive courses. 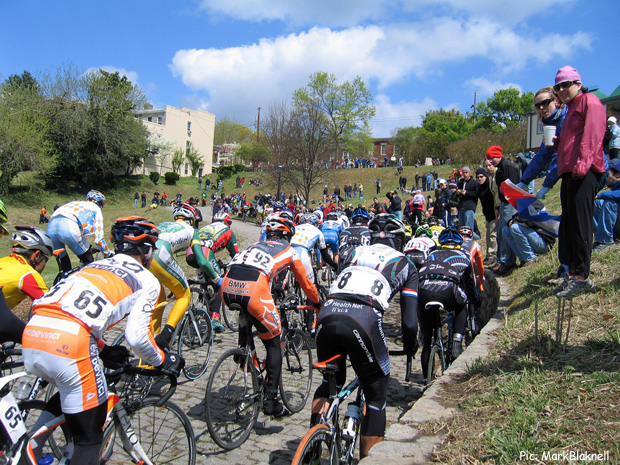 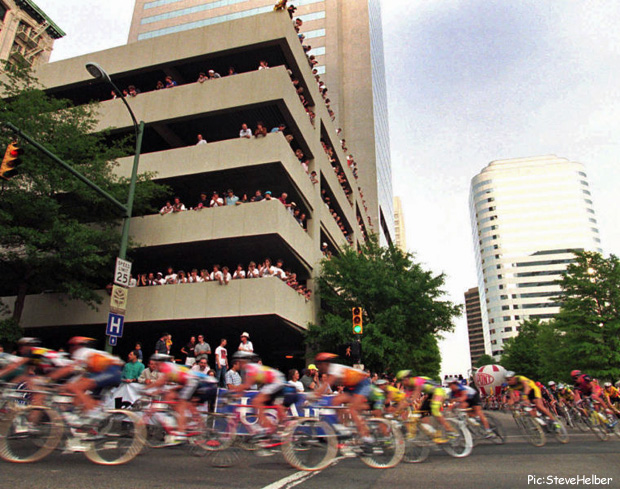 As did the Tour du Pont back in the day.

We here at PEZ can’t wait to see top class action on the streets of Richmond again and we wish Lee and his team all the best in their preparations for the big event.