Roadside Giro: The Gate to the South

Stage 6: As the 2014 Giro d’Italia moved north up the ankle of the boot, PEZ’s Ale Federico joined the race at Montecassino – The Gate to the South – where the mass destruction of WWII was mirrored by the race causalities of another day of dangerously wet roads.

My parents were two South enthusiasts so that every summer, in September, my family was spending two weeks vacation in the deep south of Italy. In the 1980’s, driving from Genova in the north to the Calabria region it was a very long trip. We were driving all the Ligurian east coast, crossing Tuscany, passing Rome. 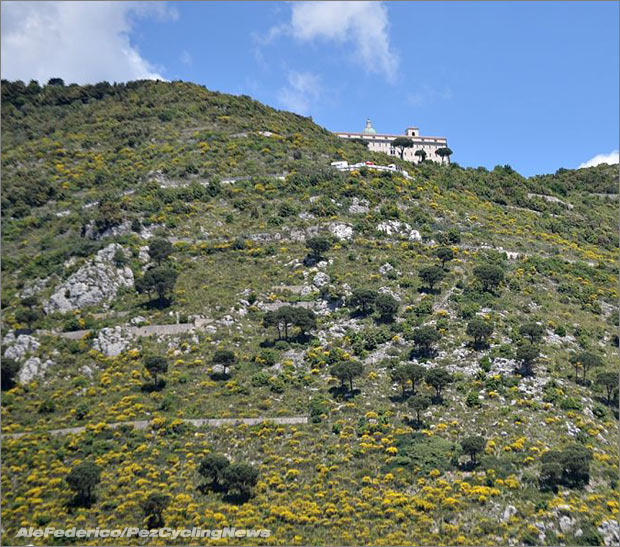 Montecassino Abbey. The gate of the South.

I was a child and I was not interested at all to the places we were passing through, but I remember very well the moment when we were in view of Montecassino abbey. That was the gate to the South. I had to wait almost thirty years before seeing again Montecassino; this time I didn’t stop at the feet of the hill, but I spent a full afternoon on the hill. 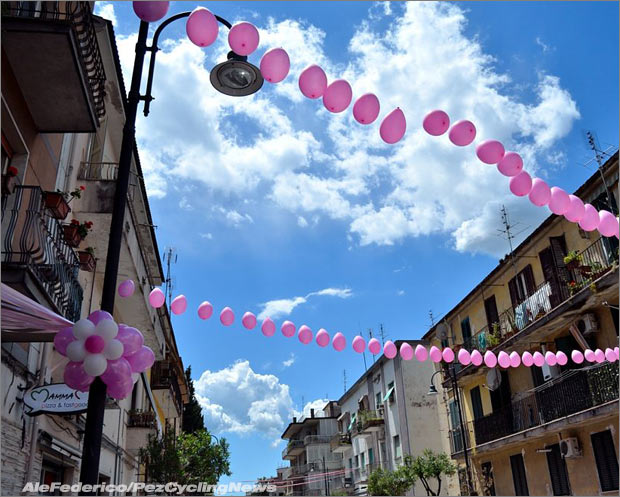 The town awaits the Giro. 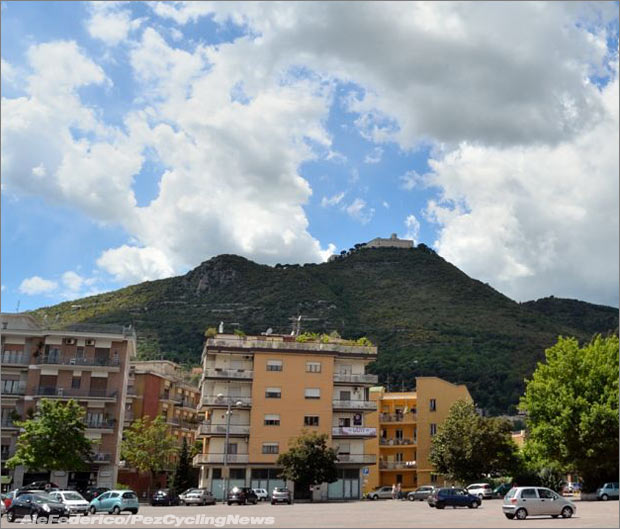 Cassino and the Abbey were destroyed in WWII, and the 1960’s rebuild shows off the worst of that era’s architectural design.

It comes Giro time also for me. I will chase the race for the next days crossing Italy from “the gate of South” to the upper north. It’s a long trip and I’m already excited about all the stories I will live on the road. If God helps me I will try to transfer the best of them to these pages. The first day is dedicated to the administrative stuffs, grabbing credentials for myself and a badge for the car. Today’s race headquarters is located in the town of Cassino, at the bottom of the final climb, so I decide to spend some time in the city before taking the shuttle to the finish, as no cars are allowed on the final climb. 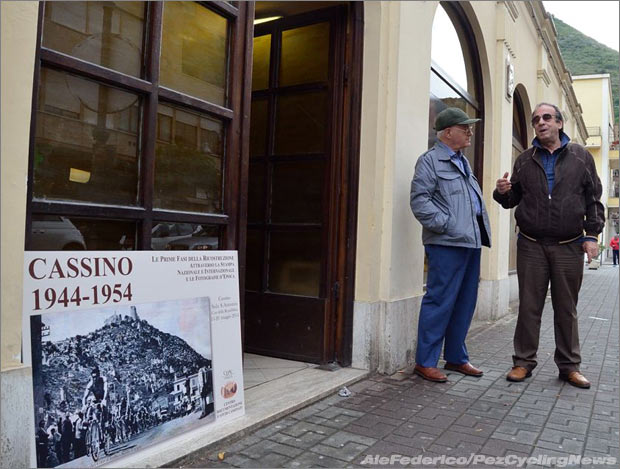 A museum of Cassino reconstruction.

It’s lunch time and here the mozzarella is the top food. I’ve read on the web about a good place in Cassino where they cook a thick fried pizza. This is “La Padella” a simple nice locale for take away or for a fast lunch inside. 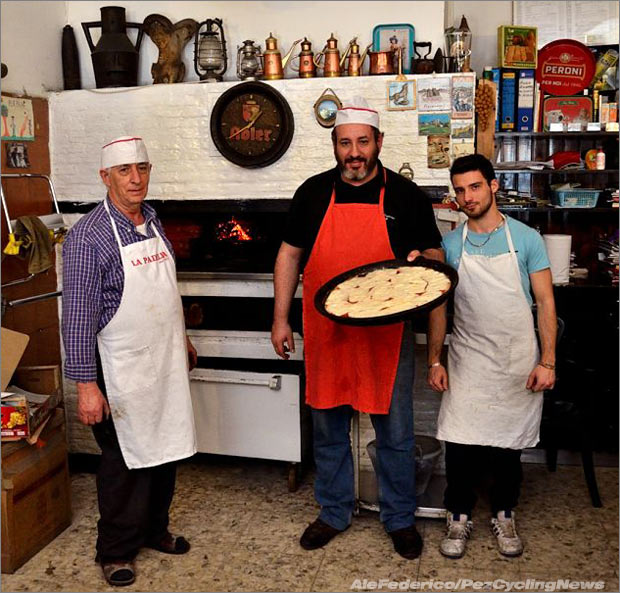 It’s full of pictures and other stuff on the walls, there’s a wood-fired oven and two nice gentlemen behind the scenes: Giuseppe Russo, the son, welcomes all clients as friends and it’s easy to start a conversation with him. The other one is Renato Russo, the father and the master cook. He born in Naples but he was cooking in Milan for almost 20 years in the 50’s and 60’s and then he moved all the family in Cassino during the reconstruction. 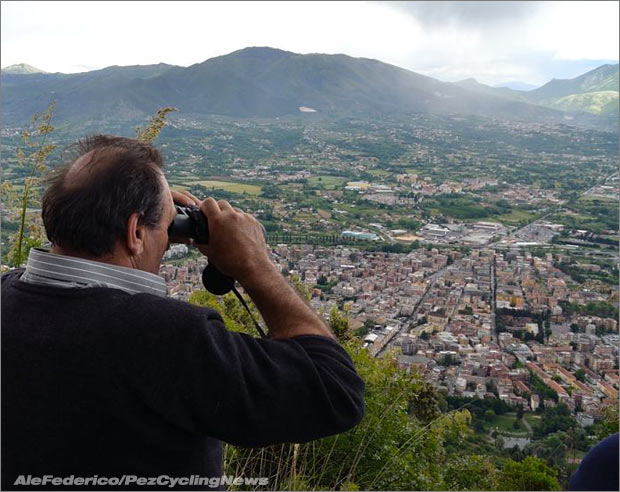 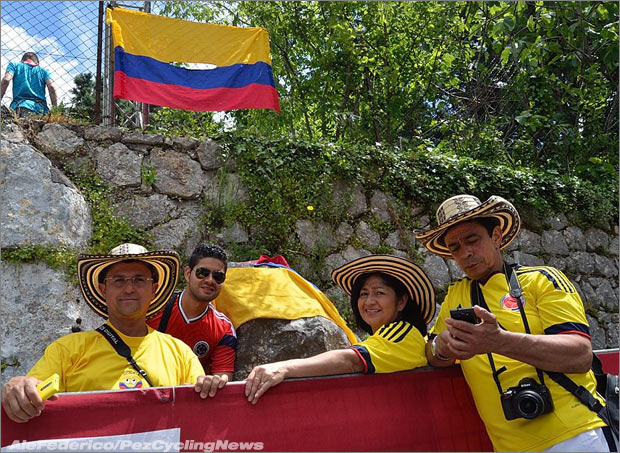 Their story is the story of every Cassino’s family, this town and the abbey were totally destroyed in the 1944 during the second world war by the US Forces when they were climbing Italy from south to north. The Germans where occupying Montecassino abbey for months and at the end the US Forces decided to attack with a powerful bombing action. Thousands of people died in one of the most terrifying battles of that war and the ancient Benedictine abbey, full of ancient books and documents coming from the middle age, where destroyed in a few days. Just in the 60’s the town started the re-building and new families were coming back into this place. 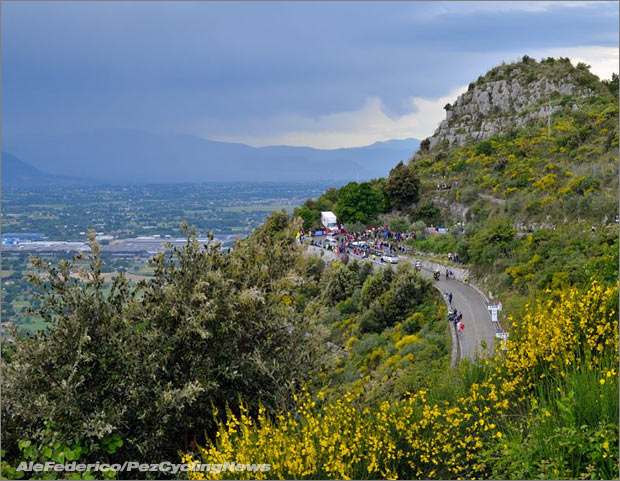 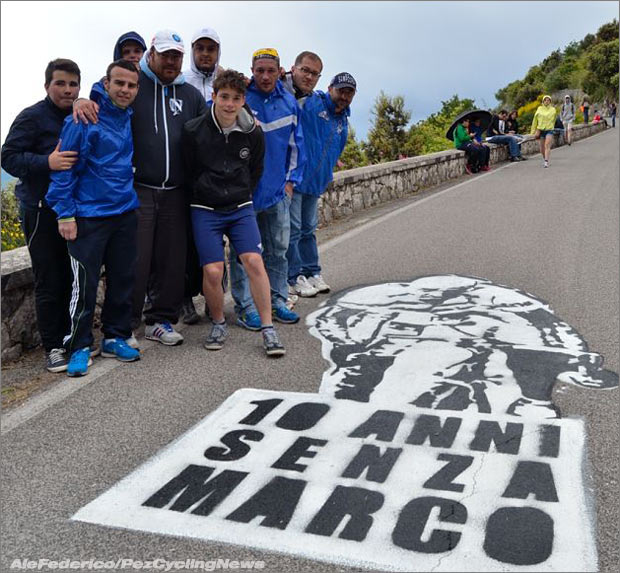 After the pizza it’s time to move. The shuttle takes me to the finish and the view from above is simply beautiful. You have a 360° visual and you easily understand why this place was so strategic for the war. It’s easy also to predict the weather: no good news again for this stage. It will rain for sure. 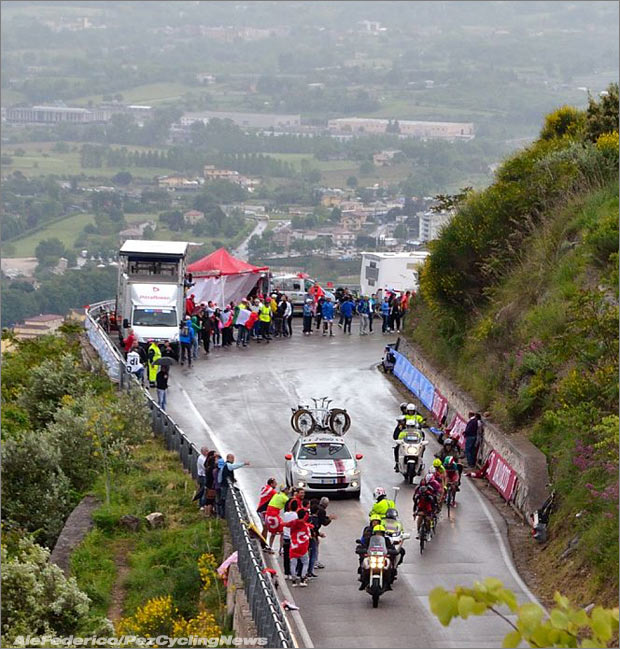 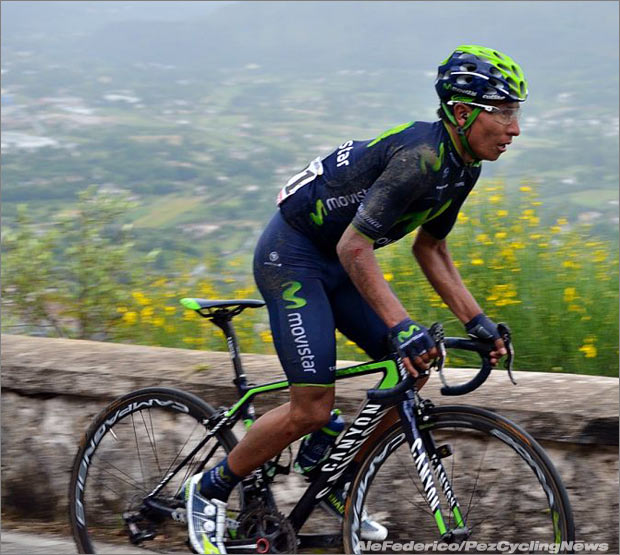 Quintana’s absence from the lead group was betrayed by his scrapes.

So I decide to walk downstream to the race and to avoid a too long walk after the passage. It becomes cold, and starts to rain. It could have been a fantastic afternoon but now becomes painful waiting a long time with no raincoat and no jacket for the riders. However it passes and the race comes. Surprisingly I can see the maglia rosa Matthews in the attack with few others and behind an aggressive chase by the Quintana group. Just after some time I came to know about the crash and the further developments. 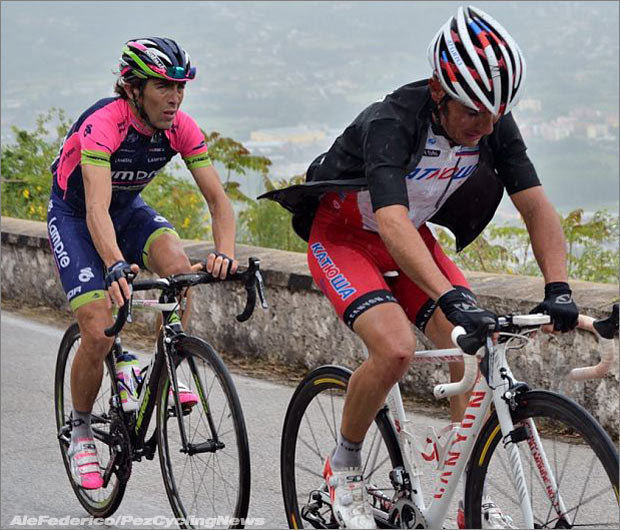 Purito Rodriguez proceeding with Mori losing much time today. Word to PEZ is he’s broken a finger, and tomorrow’s start is in question.

What about tomorrow? Race will take a north direction crossing the geographical center of Italy and entering in Umbria region. It’s a transfer day for the Giro which should be quiet in term of CG riders’ action, but for sure we will see some move by those riders targeting a stage win. There’s much to watch tomorrow on the road with lot of villages crossed by the race and with local life shacked by those seconds of pink-cross.