SOLD OUT: Tour of Courage Dinner & Ride With Lance

The biggest buzz in Cowtown is usually reserved for the world famous Calgary Stampede, but today the noise in the foothills of the Canadian Rockies is about this weekend’s Tour of Courage cancer fundraiser, where Lance Armstrong will return as the keynote speaker. PEZ will there to bring back all the insider scoop…

Last year, organizers raised $1.4 million dollars for Cancer research, and hope to surpass that this year. All signs are positive, as the event sold out a couple of weeks ago, when the last of the 1200 tickets was sold for the $500 a plate dinner. Perhaps even more impressive though, is the fact that the exclusive Sunday ride over the Highwood Pass with Lance, George Hincapie, Chris Carmichael, Johan Bruyneel, and Phill Liggett, sold out weeks before – as 30 lucky riders donated $25,000 each to secure a spot. 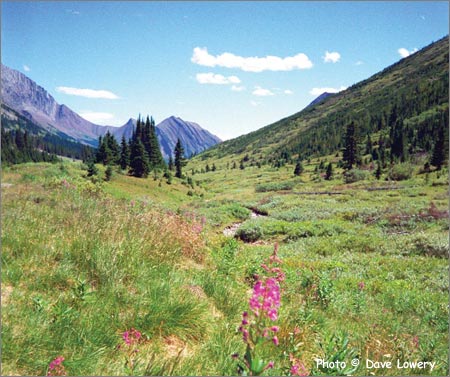 Silent Auction Added
Saturday night’s gala dinner will also feature a silent auction, where some very cool and exlcusive gift packages will be bid upon. The silent auction items include:

Tour One – The “Attack on the Road to Courcheval” Package
Signed and framed poster of Lance during the 2002 Tour de France
Minimum bid $1,000 – Increments $100

Tour Three – The “Suckers! Now I’ll Blow You Away on Alpe d’Huez” Package
Signed and framed dinner poster plus Institut de Sante private spa experience for you and five guests. The spa will be open for your group exclusively where you will be greeted with wine and cheese while you relax. You will then each choose two luxurious selections including hot stone, aroma massages, body wraps, facial, manicure, pedicure and more. A limo will then take you for dinner at Centini Restaurant & Lounge.
Minimum bid $3,000 – Increments $100

Tour Four – The “Fastest Time Ventoux Has Been Climbed in the Tour” Package
Trip for two to France for the first week of the 2005 Tour de France (including airfare). Join Trek Travel and cheer on the peloton from cozy cafes, and get out there and ride the best of the 2005 Tour de France. In the end, we can’t guarantee who will wear the maillot jaune, but we can guarantee to bring you closer to the Tour de France in the elegance, style, and comfort you deserve.
Minimum bid $10,000 – Increments $500

Tour Five – The “Not Even Kids with Mussettes Can Stop Lance” Package
“Rider’s Pack” which includes an autographed USPS retro jersey, exclusive clothing and gear designed especially for the Tour of Courage ride with Lance through the Highwood Pass and an opportunity to participate in the Highwood Pass ride on September 26th (attend the breakfast with Lance and follow the Peloton in the primary support vehicle with Johan Bruyneel)
Minimum bid $10,000 – Increments $500

Ask Lance!
Organizers are also encouraging anyone – and everyone – to submit a question to Lance, and they promise to try to get’ em answered over the weekend. If you’re interested, just fill in the form on the Tour of Courage website here.

Get more ticket info at the Official website www.TourOfCourage.com
Or contact Joe Dutton at 403 510-3828 Read more about the Calgary Tour of Courage:
1. Lance Back To Cancer Fundraiser
2. Liggett Joins Lance To Cure Cancer In Cowtown
3. Last year’s inaugural event was a huge success
3. Here’s How The Journey Began
Like PEZ? Why not subscribe to our weekly newsletter to receive updates and reminders on what's cool in road cycling?

Vuelta vs. Tour: Which One is Tougher?