Suisse Lowdown: The War Is Over

Race Analysis: The Tour de Suisse finished with a bang yesterday as the GC got turned inside out on the very last stage. Attacking riding, a brave GC defense and some simply spectacular scenery – the Tour de Suisse sure put on a good show. Lee Rodgers takes a look back at the action.

“The report of my death was an exaggeration,” said the sport of cycling yesterday in the wake of a string of smashing races in which the form books were turned upside down, new talents broke through and anyone with enough sense to tune in was rewarded with moments of such drama and excitement that it was possible to remember just why we all fell in love with this mad, crazy firestarter of a sport in the first place. 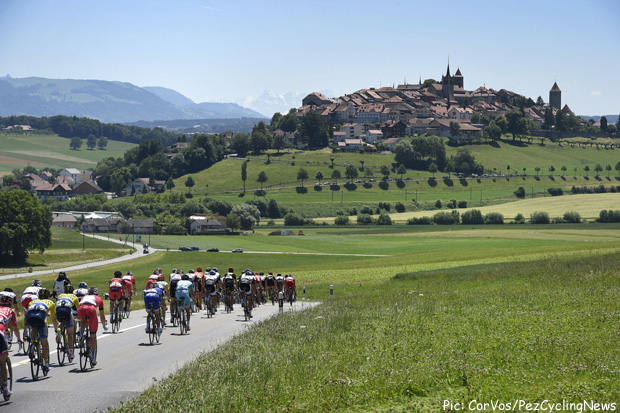 Switzerland also got in on the act, proving that she’s not always neutral. Yesterday’s final stage of the 2014 Tour de Suisse served up a humdinger of a battle that could have graced the recent Criterium du Dauphine, it was that riveting. Thankfully Switzerland’s pacifist constitution doesn’t extend to skinny-boned ectomorphs with a propensity for riding bicycles fast up mountains.

“Wearing lycra? Check. Shaved legs? Check. Herr gentlemen, you may go knock ten cowbells out of each other at your discretion.”

The standout rider at this year’s Tour de Suisse? Rui Costa would be up there naturally and more on him later, as would Mathias Frank, whose IAM Cycling team is emerging as a real force, but could anyone argue too much if Tony Martin was chosen as man of the match? 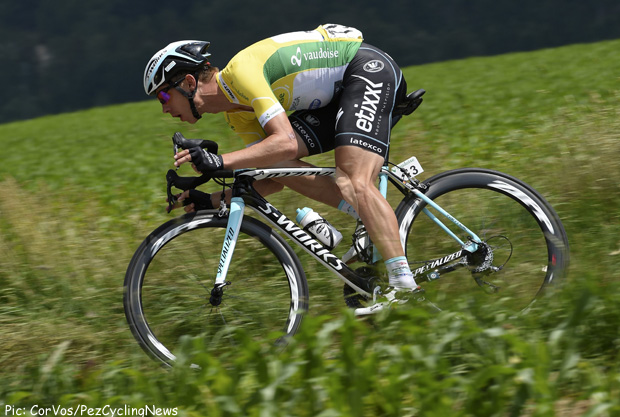 The slightly shy and unassuming German spent so many years in Fabian Cancellara’s shadow in the discipline that he favors most that it is almost laughably easy to forget that Martin is a very handy stage race rider. In 2009 he won the KOM at Paris-Nice, a result that might make many do a double take, then was second in Suisse.

In 2010 he won the Volta ao Algarve and then went one better than in 2009 and won Paris-Nice, before going on to win three World Time Trial championships on the trot, in 2011, 2012 and 2013. That he is so utterly dominant in the time trial these days was evidenced again here on Stage 7, when he shaded Dumoulin, Costa and his old nemesis Cancellara to extend his lead at the head of affairs.

What is fascinating about Martin and Cancellara is how similar both men are in the ITT yet how each favors a different discipline on the road. Where the big Swiss is the man for the Classics, Martin has never had even a barely decent result in the one day races of the spring. Conversely, Martin’s record in stage races is more consistent than Cancellara’s.

Cancellara though is the marquee rider of the two. With 8 Tour de France stage wins to his name to Martin’s two, and a Classics repertoire that would make any rider in the world blush, he is the bona fide superstar. Martin may be suffering in that respect from a distinct lack of charisma, but what if he were to suddenly be competing for Roubaix and Flanders?

Or indeed a Grand Tour?

In both respects, Martin suffers as a result of his body. Yesterday’s gallant, valiant effort to TT the hell out of a mountain offered plenty of opportunity to see just how trimmed down he is, yet at 6”1 and 165lb, he is the same height as Froome but 17lb heavier. 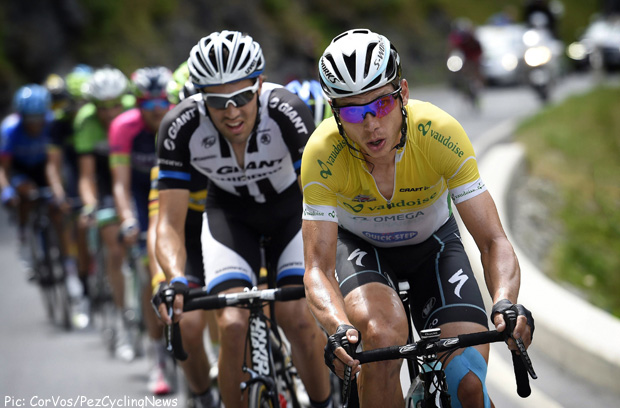 He shares the same height with Cancellara, but the Swiss rider is 181lb, 16lb heavier than the German. Whilst it’s not exactly as simple as all that, these numbers do tell us a great deal. Cancellara is more powerful and therefore better suited to the lumps of the big Classics. Martin is slightly less powerful but far lighter, meaning he climbs better. Martin is never going to be a man for the true mountains, neither one for the hardest one-day races.

He is though very very good at doing what he does, and won a whole new host of fans with his gutsy ride this week. It was all the more impressive considering that his team was set up for sprint wins, not for Martin to have a tilt at the GC.

The man who made him suffer yesterday was not the man who ultimately benefited most from Martin’s inability to reel in the break, but Marcel Wyss of IAM. Wyss put in the kind of effort that demonstrated why cycling is a team sport, driving himself into the ground in the hopes of providing a springboard for Frank to have a crack at the podium.

In the end, Wyss drove the last kilometer of his effort like a Spartan but Franks’s attack was telegraphed from way back, and in any case Rui Costa was in control of the situation from the second the road went uphill. 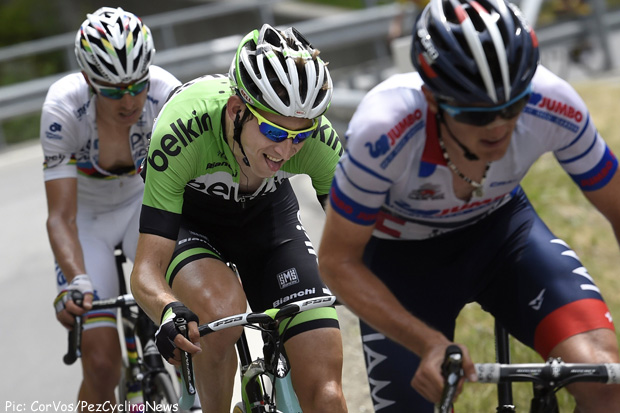 Is there any greater sight than the Rainbow Jersey with arms aloft in road racing? Seriously in danger of forcing the organisers to rename the race the Tour de Costa, the Portuguese rider became the only man to ever win three of these in a row. 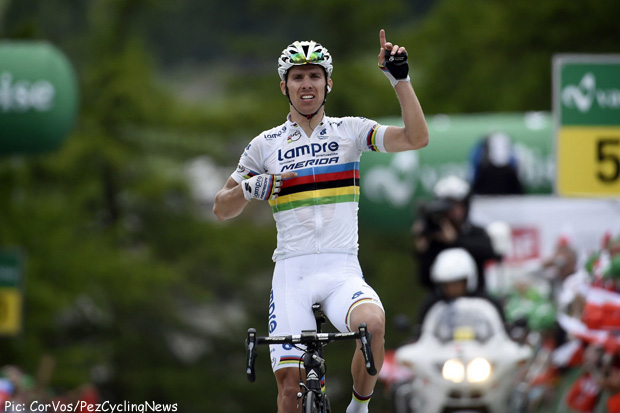 It was a beautiful, almost effortless attack that took him clear of Frank and the impressive Bauke Mollema, and he never looked under any pressure. Ice cool Costa. A brilliant way to win the race.

At the end Costa said it was amazing to win wearing the hoops opf World Champion. We can’t possibly know what that feels like, but we can imagine, and I’ll bet the word ‘bliss’ would arise.

So, no curse for Costa, great stuff from Martin, and a fantastic ride from IAM and their man Frank.

Don’t worry Switzerland, it’s all over now, the war is over – for another year.