Race Report: It’s a mid-length individual time trial today, 32kms, but it’s a real hard day in the saddle. There are enough traps for the unwary to get it really wrong, even if the distance shouldn’t open too many gaps.

We have two long dragging hill climbs, one after the other, on the menu. First up, after just six-and-a-half clicks is the Côte de Puy-Sanières. The riders will hit this for 6.4 kilometers at 6%. That’s a category 2 climb in Tour de France currency.

After they drop off that – south towards the edge of the Lac du Serre Ponçon reservoir – they’re on the Côte de Réallon: marginally more tortuous being 6.9 kilometers at 6.3%. As it virtually matches the first climb, it’s also a category 2. Maybe not a day for the pure climbers, but not a day for the pure ITT diesel engines either.

Although the likes of Svein Tuft and Lieuwe Westra put in top times early on, with even Marcel Kittel doing a very commendable job, it’s when Tony Martin comes up well short of repeating his TT win of a week ago that you think … OK, today’s going to be very interesting. 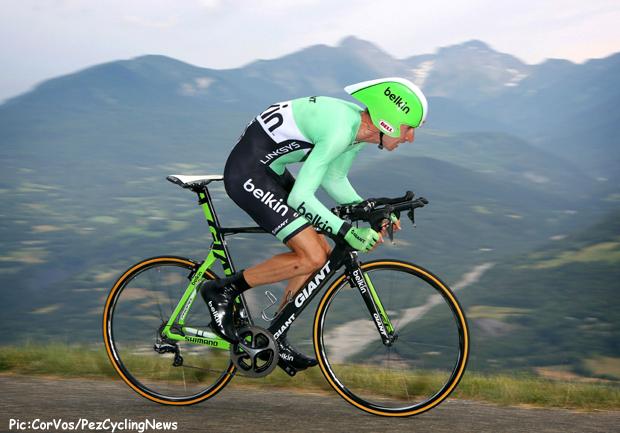 Not such a good day for Mollema.

On the day his brother bails out and goes home, Euskaltel’s Jon Izagirre clocks a new best, first man inside 54 minutes. Tejay Van Garderen betters it as the clouds close in and the feared rain starts to batter down. With new tarmac sections suddenly rain-slick, the later riders – the overall contenders – will need to factor in both risk and caution to their rides.

Riders are changing bikes at the top of the second climb, jumping from regular road steeds to TT bikes for the final hammerfest to the finish. Jean-Christophe Peraud has had an unfortunate collarbone/road interface on a test ride this morning and has a cracked bone to show for it. He’s starting but in extremis.

New best times are being set at the intermediate checkpoints and at the finish now. Even if he isn’t fastest, it’s good to see Andy Schleck up there now, posting a provisional third-best as he closes his ride. 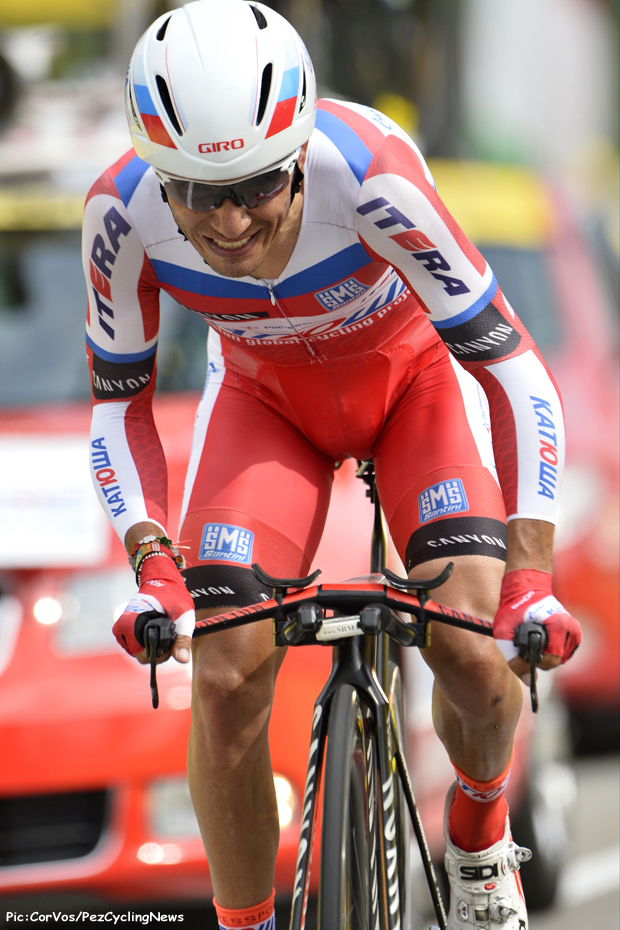 A top performance from Rodriguez.

More surprising than that, is Joaquim ‘Purito’ Rodriguez going fastest of all – an almost unheard of TT performance for the little Spaniard. Cadel Evans is having a nightmare, and is way, waaaaay down.

Froome takes the start and, getting into his rhythm, will be hearing that Contador has gone fastest at checkpoint one. Sadly, J-C Peraud can’t keep it upright and crashes with just two kilometers to go, out of the stage and out of the race.

Quintana (Movistar) is extending his best young rider’s lead over Kwiatkowski with a provisional third. Next in is Kreuziger, still pretty much rock solid as he reaches the line, second behind Rodriguez’s super time. 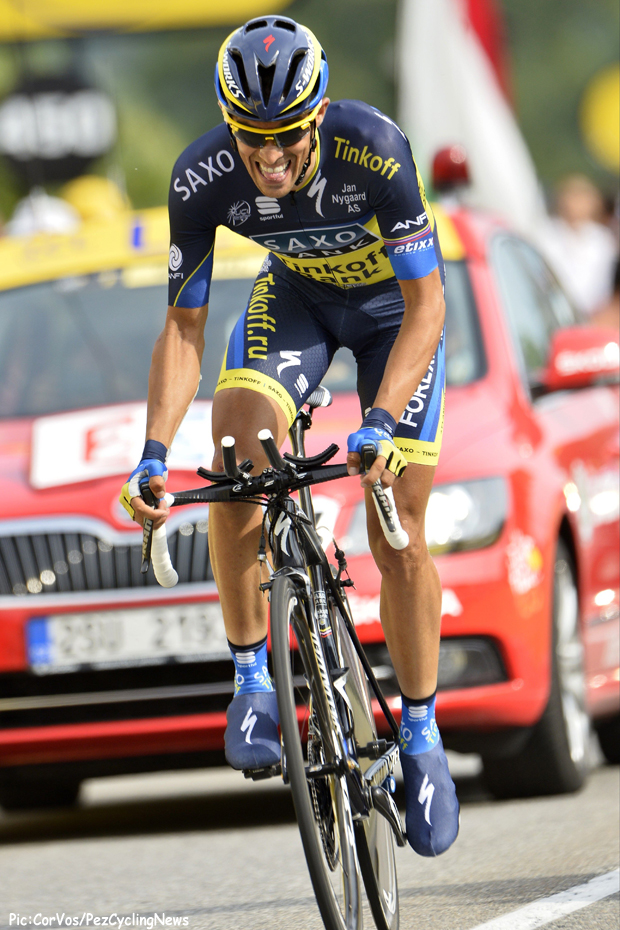 But his team leader Contador, teeth beared in an effort/suffering grimace hauls himself to the line …. faster! By 0.72 seconds, he betters ‘Purito’.

Mollema takes a left-hander with two kilometers to go a bit gingerly, but he’s back into a rhythm of sorts. Then … disaster! Mollema overshoots a corner and comes to a halt in the crash barrier. He extricates himself, but it’s cost vital seconds. 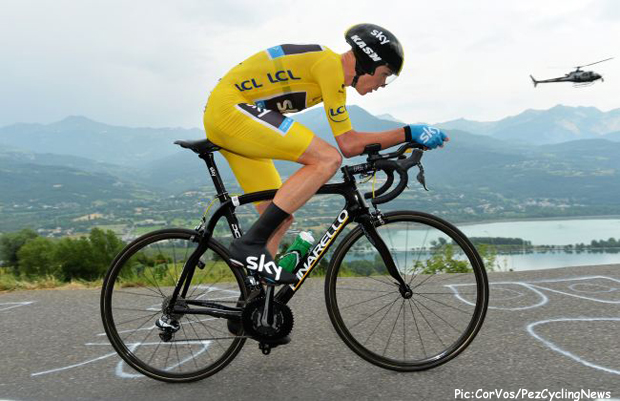 A fast finish from Froome.

Behind, Froome pedals like a psychotic metronome. The rain is back but it doesn’t seem to phase the overall leader as he pilots himself towards Chorges. It’s going to be close, but where Froome came up short against Tony Martin last week, he’s fastest today … by nine seconds. A third stage win for the Tour champion in waiting.

However, Contador is getting stronger as the race goes by – with three massive mountain days to come, just maybe the Spaniard can spring a tactical surprise to pull this Tour out of the fire?

Keep it Pez to find out!