The snow stopped the 2013 Milan-San Remo in Ovada, just before the too dangerous to ride Passo Turchino. The timeclock halted, and the entire proceeding transferred by bus and cars to Cogoleto to restart where thankfully the weather conditions had upgraded from atrocious to just plain terrible. It’s La Primavera and there’s nothing quite like it – no matter what the conditions!

On the way to Sanremo, under a storm of snow the race I’ve been waiting for since a year has been neutralized. In front of me is a dilemma. Do I continue in what seems to be at least a challenging day or do I stop the roadside chasing in favor of a comfortable bar, watching the remaining kms on TV and be ready to drive back home earlier? I choose the first option. The memory of the air of the Poggio is the reason that gives me the will to proceed. 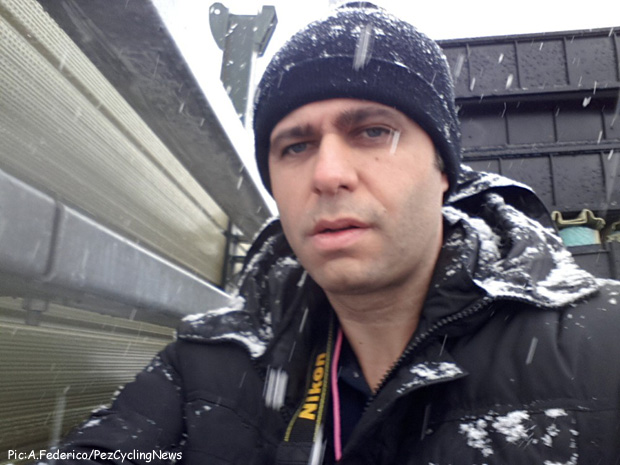 To continue or not? It’s MSR Alessandro – don’t give up!

I’m in the car, on the highway to the south, but everything tells me it’s north. The landscape around Ovada should be beautiful at this time of the year. The white cherry trees surround the green hills. But this time everything is white. Covered by a thick layer of snow. And still snow is dropping in quantity from the sky. The few cars on the highway are proceeding slowly and with much care and now I’m worried that the highway will be closed soon.

In Italy, at this season, few drivers are equipped with snow tires, but luckily I am and I can proceed in safety. My mind is to the race, where will they start again? Are they going to start again? All the plans have been useless now and from here to the end it will be just improvisation. I drive to the Riviera and the precipitation gets worse. It’s not snow but cold rain now. I stop for a Panini moment and I try to get more information from social media. 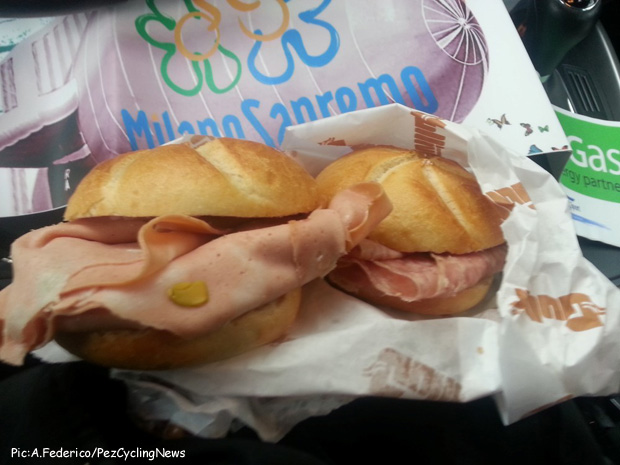 The images of the riders inside the team bus tell everything. I call to Angelo, he is also on the highway and he tells me how bad it was to see all those men suffering the cold at the Ovada stop. He took pictures but he also admits that he didn’t see the worse cases. I feel we are in a moment where we are assisting to something beyond the sport. Only cycling is able to give this kind of emotion.

When I’m back on the roadside the race should come in minutes; I’m not too far from Cogoleto, where the race will start back soon. But the official on the road is much confused; it seems the race will start from Finale, far ahead of where I am. Then it seems La Manie won’t be climbed today. Then the final word is given. Start at 3pm from Cogoleto and skip the Manie. I make a couple of calculations and I’m sure the race won’t be in Sanremo earlier than 6pm; it’ will be very dark, I think. 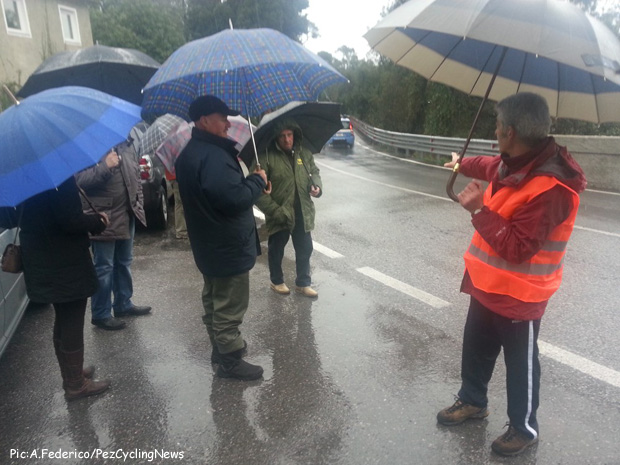 The race passes and the riders are again completely wet after just a few kilometers; I understand it will be a very long afternoon. I’m also wet and the people on the road are few. Who’s going to come out with this weather? Skipping Manie I decide to watch the race from Spotorno, on the seaside. The break is losing time because now the group is rolling hard, especially the Cannondale team. 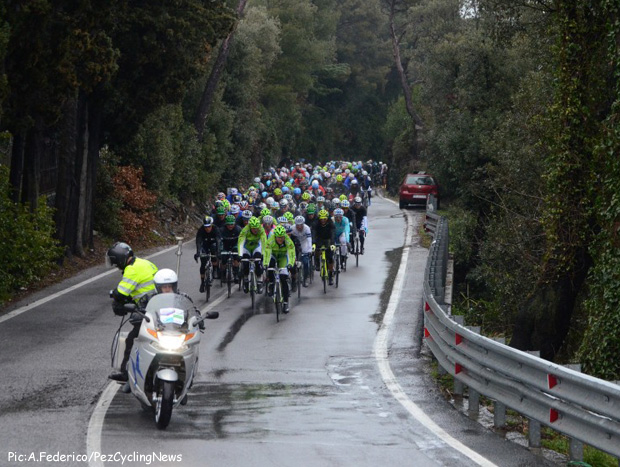 The next passage is Andora; usually all the town is out on the road to watch the Sanremo but today there’s just me, the cops and few others. It’s dark, it’s windy, it’s cold and nasty. But Sanremo is Sanremo and the exciting part of the challenge is still to come. The group now is decelerating and breathing just before the Berta and Cipressa. The last hour of the race can begin. 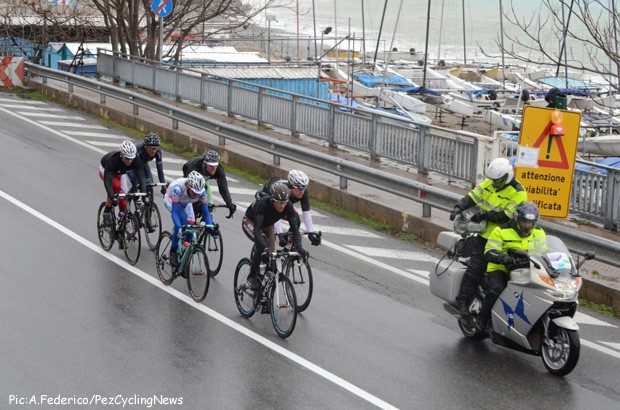 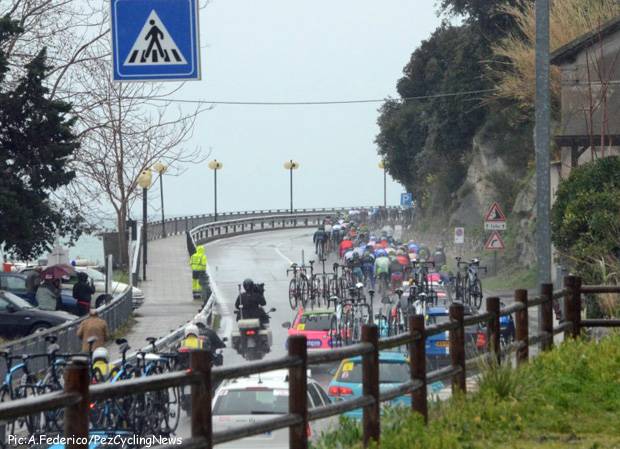 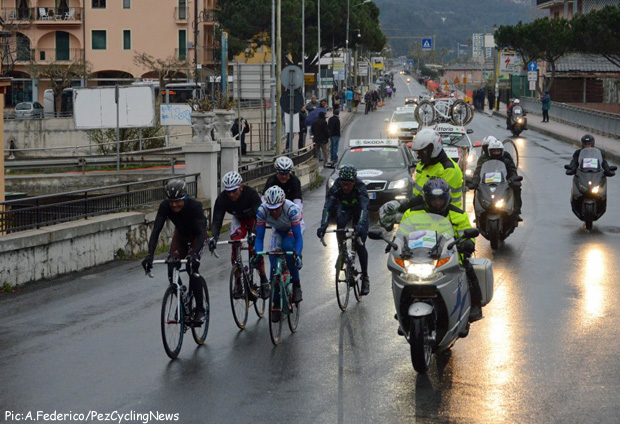 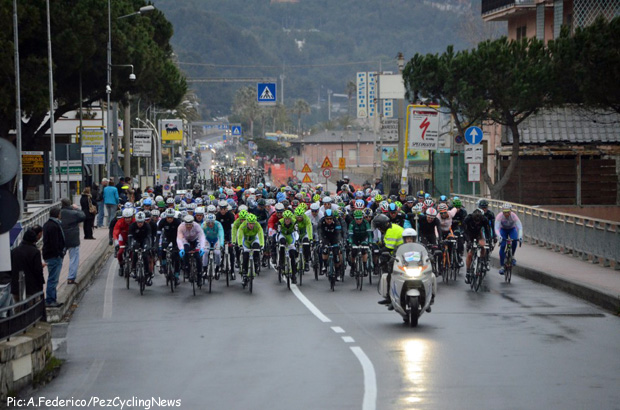 I move to the Poggio and the rains stops. I hope it will hold for the time necessary to watch the last passage. Over there I’m finally to the place I waited a year to see again. Yes, the view is breathtaking even in such conditions and the wind is very strong, but less cold than before. It’s dark, very dark and I cannot reduce the time shot because they will pass quite fast. 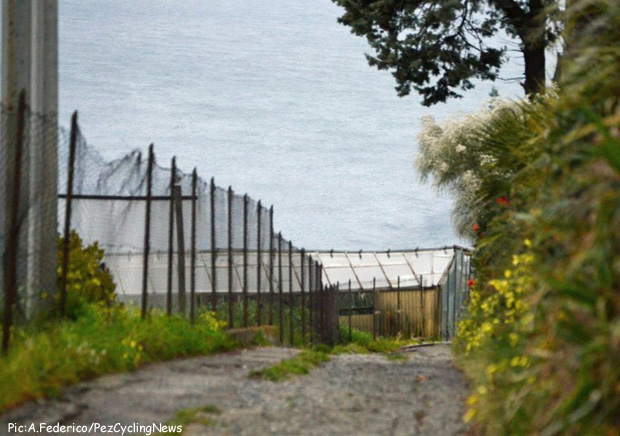 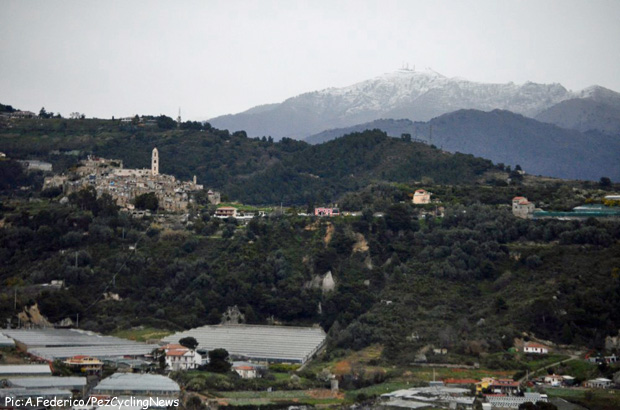 There’s Chavanel, with the Brit champ with some gap on the bunch, but I know this cannot be enough. They seem exhausted and it will be very difficult to come to the line because the group is coming up behind very fast. I cannot recognize almost anybody. All riders are still full covered and their faces are covered by a layer of mud and of human sufferance. 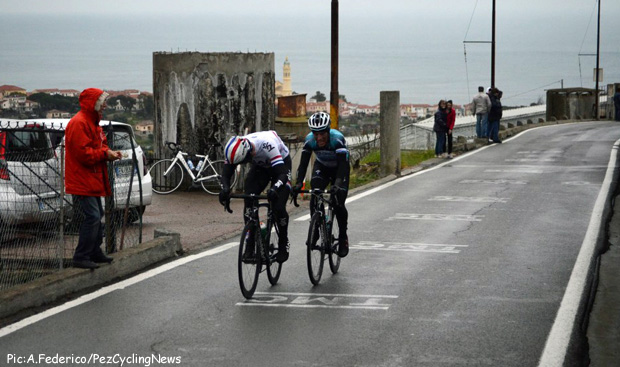 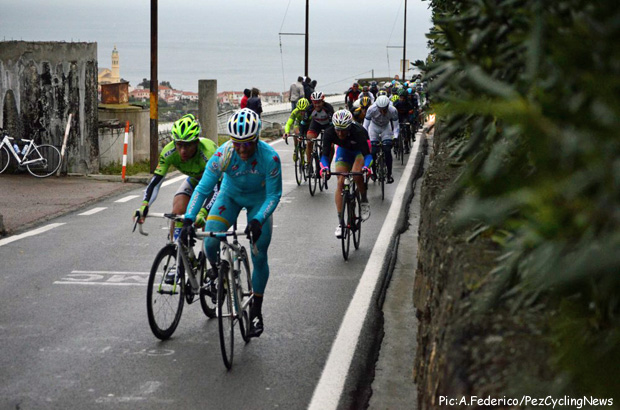 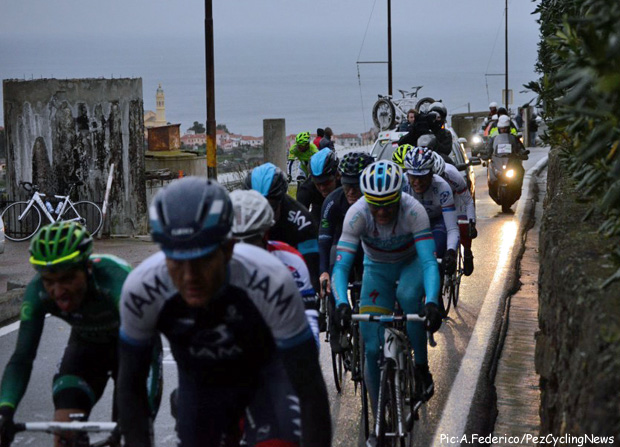 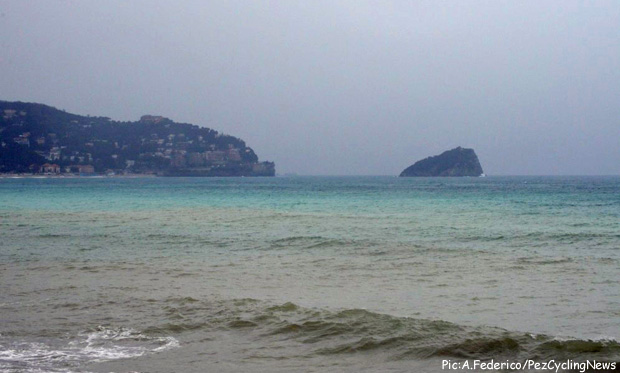 I have to admit the truth. I didn’t wait for the last rider on the Poggio. I usually wait until the end of the race and take some minutes for me. Just to smell the air of the spring that here, in this place, is coming first. But not today. My thought was to my home and to the decision I made to continue in the pursuit of the race, instead to come back home. So, just after the race I phoned and my wife gave the microphone to Mario, my one and half year old baby. I figured how good it will be to have him with me chasing races.

I never chased a race with my father, simply because my father was the kind of man who considered sport a waste of time. But one of the dreams I had was to make a ride together. The difference in age made it not possible. And now I start to wonder if my Mario, who got the name from his grandpa, will ever come with me to a crazy cycle race chasing. A day will come, when I will tease him and I will show to him the pictures of today’s race, telling how bad the weather was and how strong were those men riding against the storm. And while I will do so I will hope to open that secret door anybody has. To install that sort of craziness I have for cycling also inside him. At least I will try. I will try to tell him about the day I spent out, to watch a Milano – Ovada – Cogoleto – Sanremo. I will try to explain to him about the day the winter kissed La Primavera. 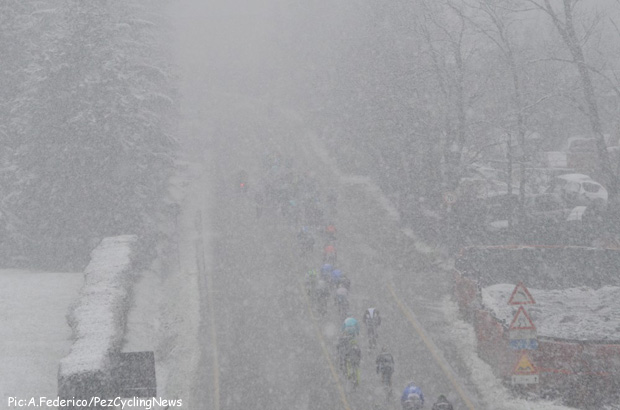 Yes Mario, your father was out chasing a bike race all day long in this!